In 1929 after four years as manager of Cryséde, Tom Heron and his family moved to Welwyn Garden City, Hertfordshire, where he established Cresta Silks. Commissioning designs from well known artists such as Paul Nash, Cedric Morris and his eldest son Patrick, who worked as a designer for the firm from the age of fourteen, later becoming chief designer and then leaving to become a painter.

Tom Heron had taken over the remaining Cryséde shops and assets and from 1946-53 printed a number of Walker’s designs at Cresta’s Hayle Works in Cornwall.

Walker championed modern design by employing McKnight Kauffer to prodcue adverts and commisioning Wells Coates to design his second shop.   By the late 1920s the modern style was being adopted by some British shops to set them apart from the rest of the high street. In 1928 Wells Coates, an engineer by training, was commissioned by Walker to refurbish his second shop, in Cambridge. This was Coates first commission for which he standardised the shopfittings using plywood. Coates produced cupboards, shelves, benches and tables for the interior, using the new materials of glass, pale plywood and steel. Mirrors and polished floors added to the overall uncluttered effect showing off the patterned textiles. Later he worked for Heron on the Cresta shops when the original cubic CRESTA lettering was used. 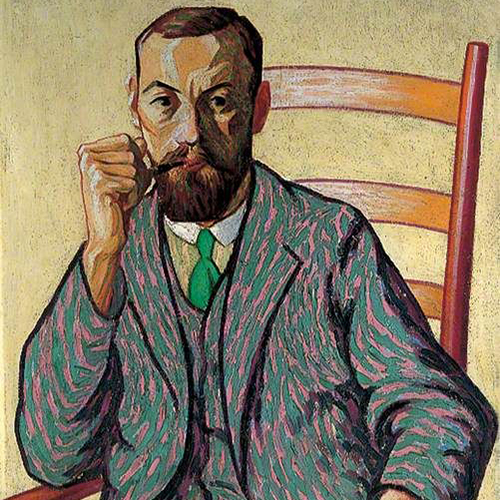 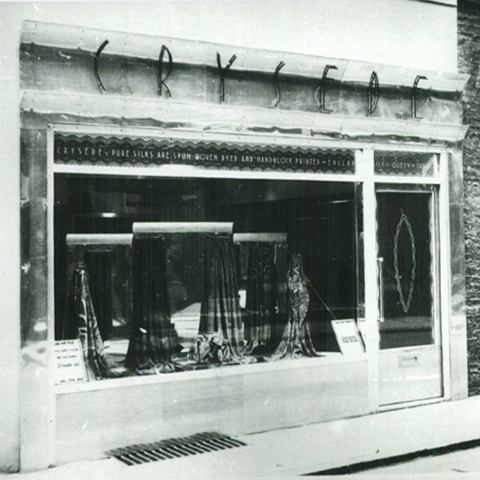