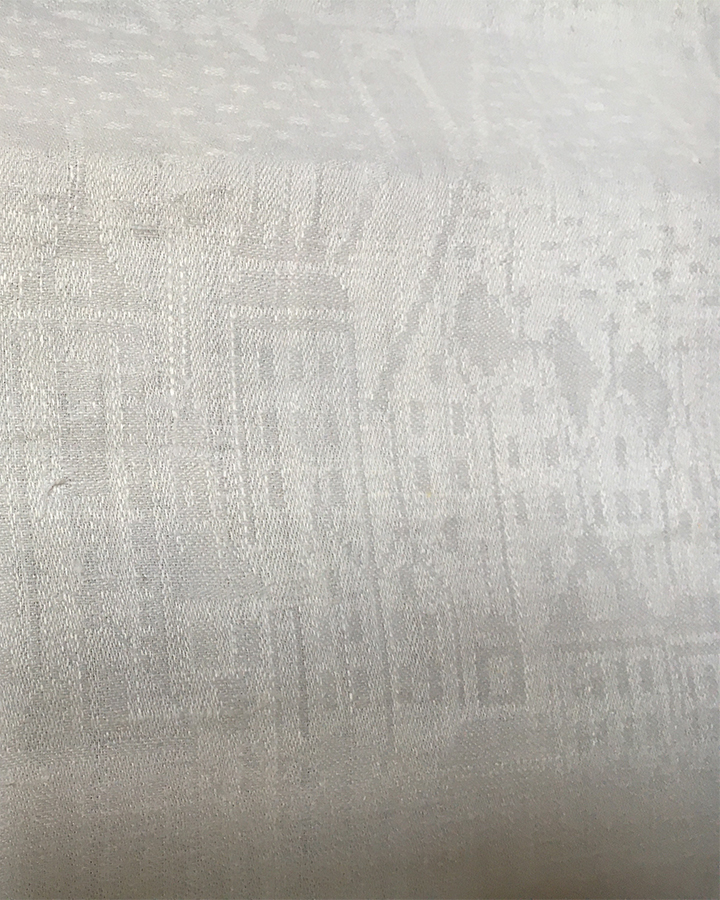 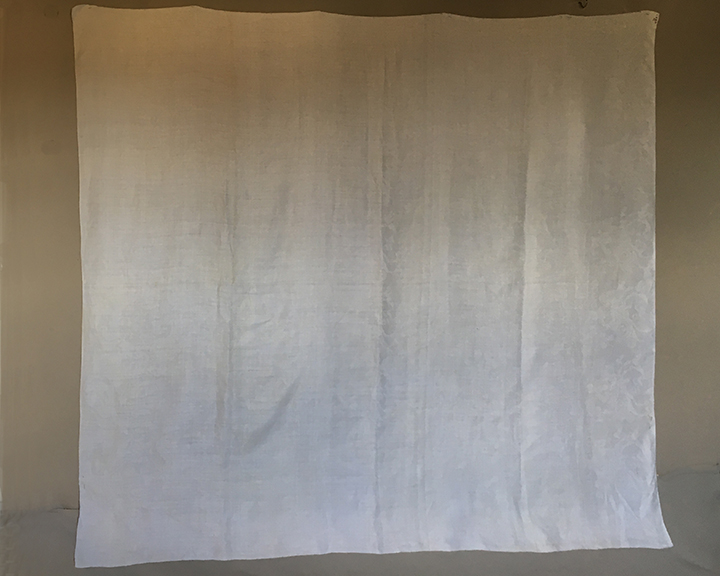 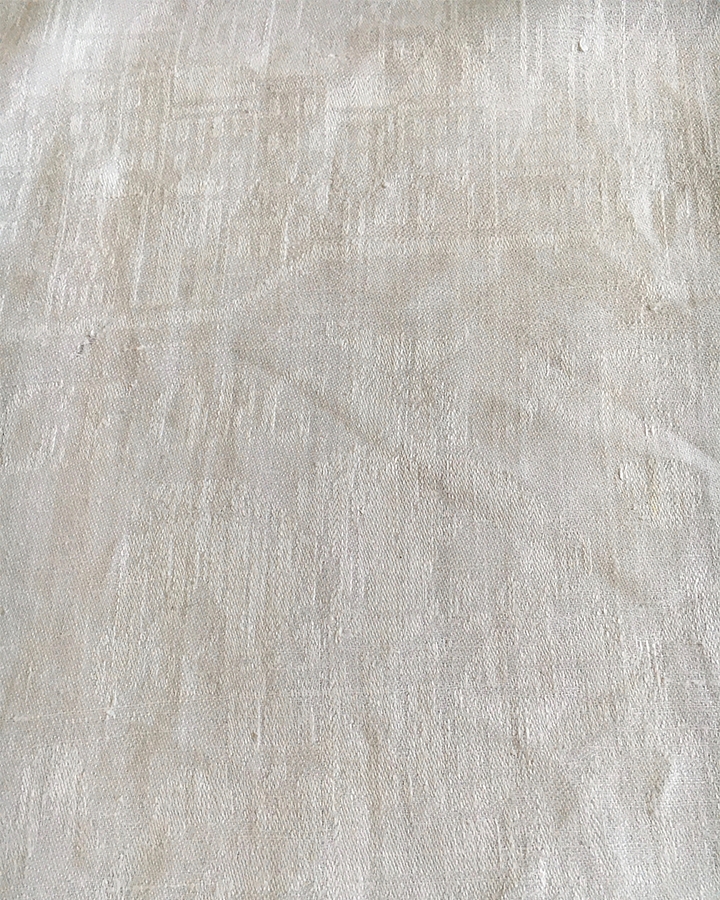 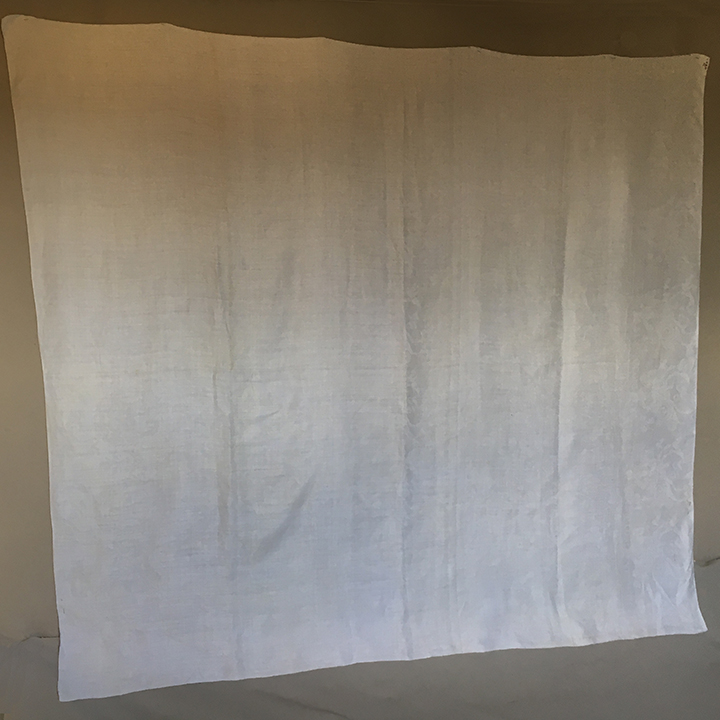 This is a nightmare to photograph!  I have made several attempts and the results are rather hopeless.  The cloth is white but not too white.  Due to the spelling of Londen this cloth would have certainly been woven in The Netherlands, probably in Haarlem,  to commemorate George I's arrival in London to be crowned king. The cloth was cut from yardage because there is no border at the top and bottom.

The linen cloth woven on a drawloom with the lower part of the horses above a row of crosses in shields within wreaths and between tulips, with Londen, a deep row of houses with presumably the River Thames with boats, above six equestrian figures presumably George I wearing a tricorn hat, 8 in; 20 cm tall, the wording Geo. George Rex, presumably George I, wearing a tricorn hat, above another row of shields, and Londen, then one of houses and the river, and at the base six more equestrian figures, as above.