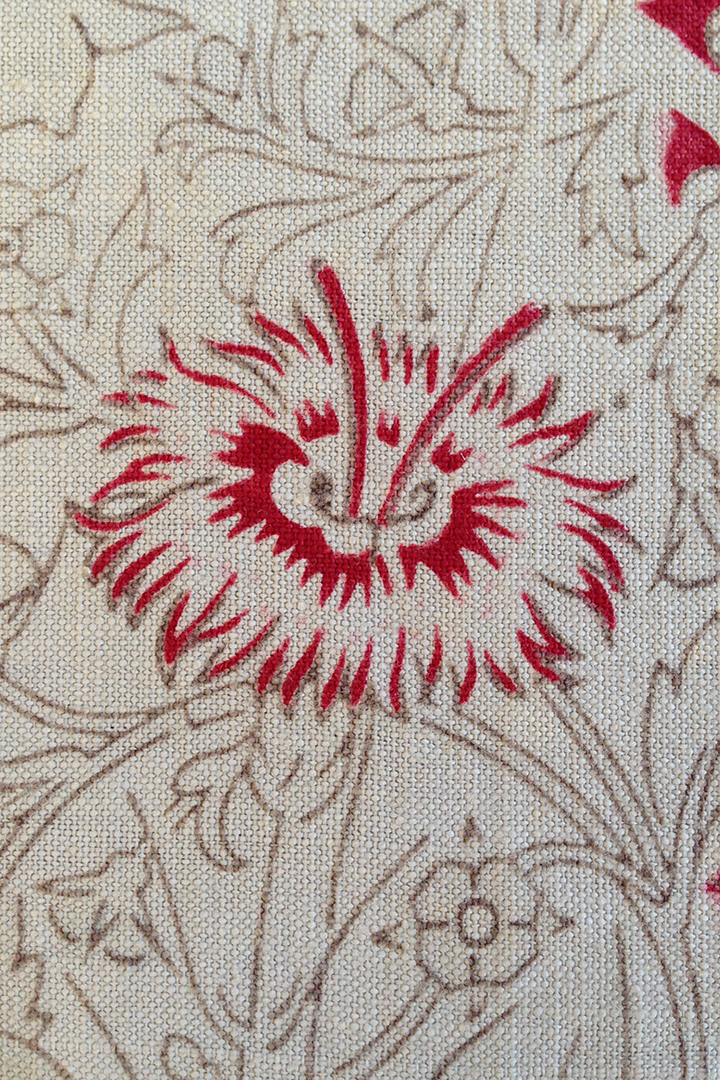 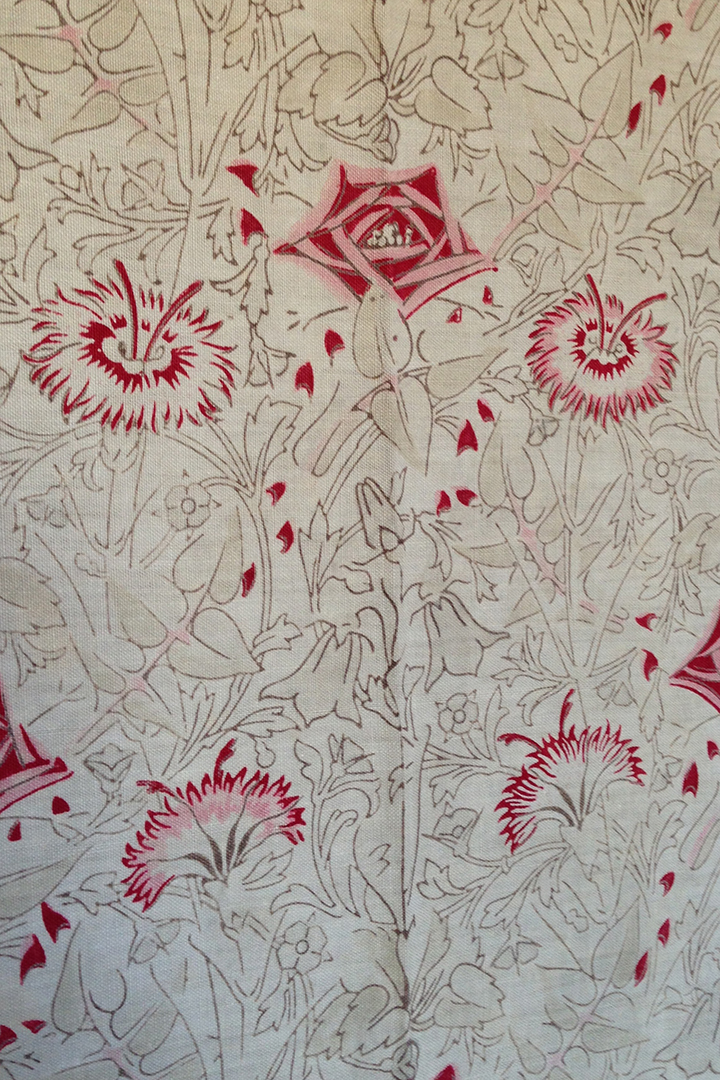 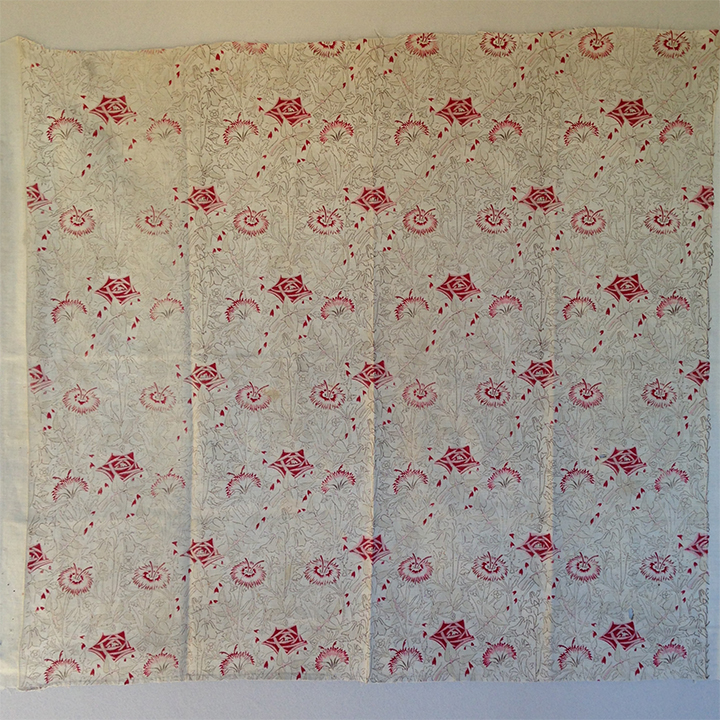 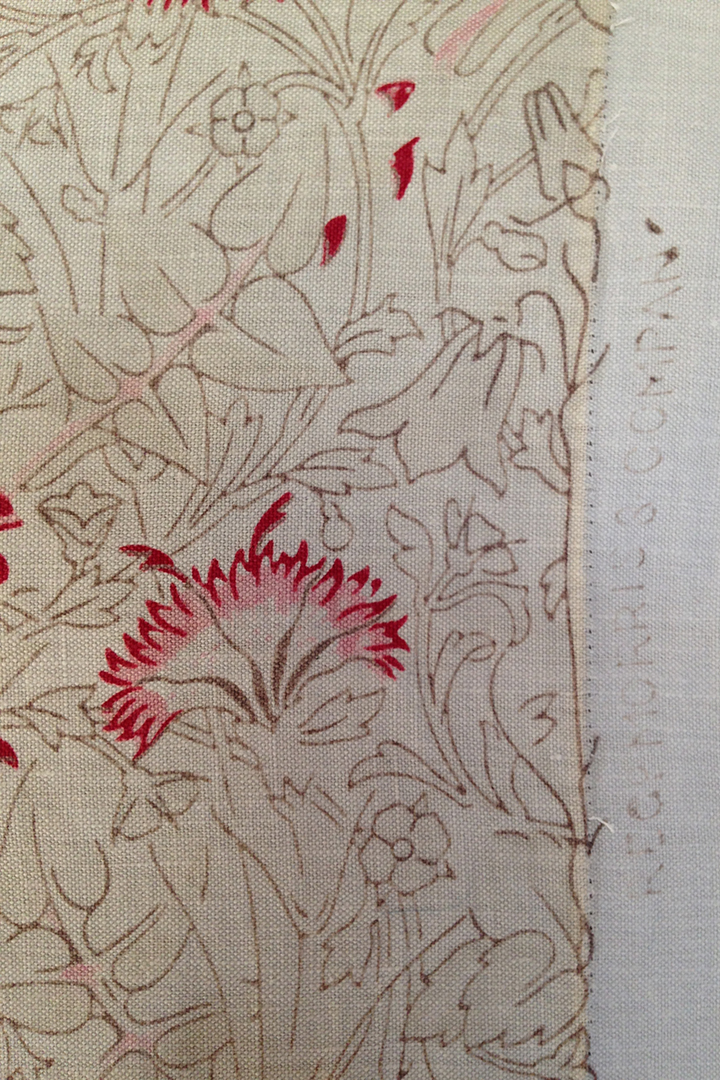 This design was probably designed by Duncan Dearle. It would have been block printed at Merton Abbey. As you will see this is an unfinished piece, so must be rather rare.  I have not sold a piece by John Henry Dearle's son, Duncan before.

Duncan William Dearle (1893 - 1954). Duncan suceeded his father as chief designer and artistic directior at Morris & Co when John Henry died in 1932. Duncan provided textile and stained glass designs, as well as running the day to day production in the various workshops. He took his responsibilities seriously but his great love was music, so his heart was never in the business.  There are only three known designs by Duncan.

The registration mark was used after the shop moved to George Street, Hanover Square in October 1917.

Very good apart from a small hole bottom right. There is also a small slit a little further up.