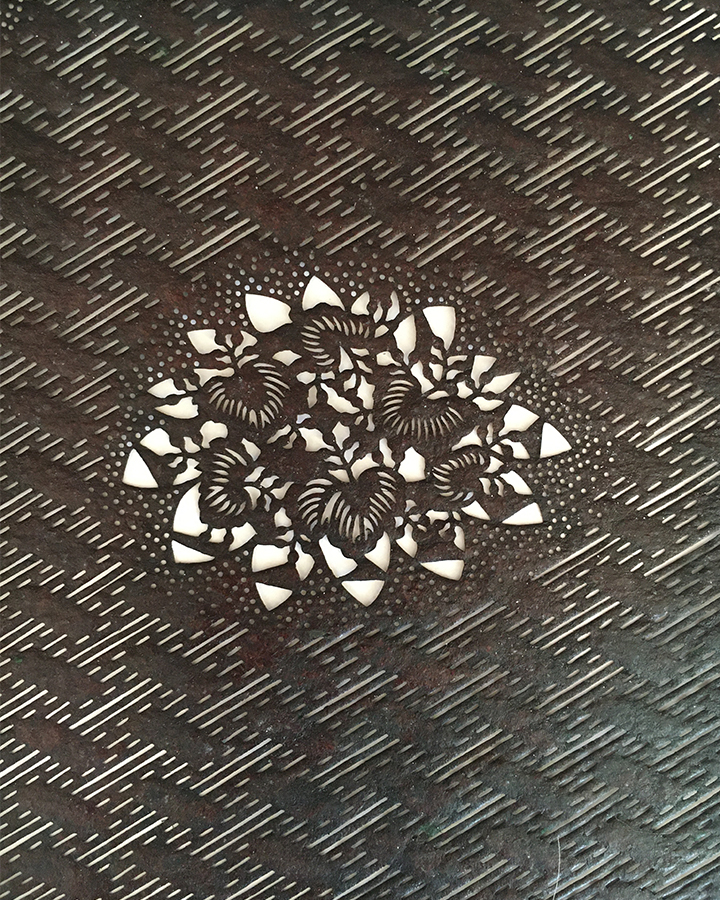 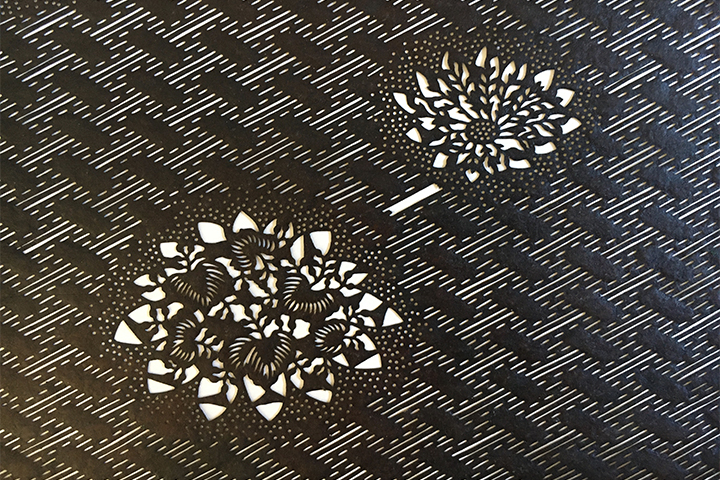 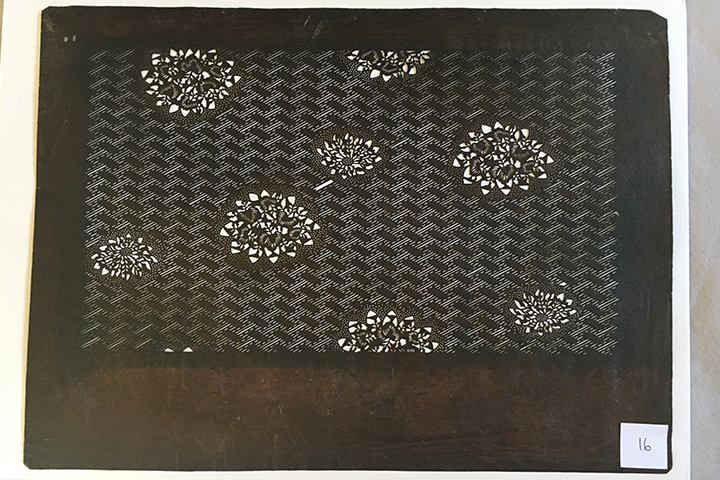 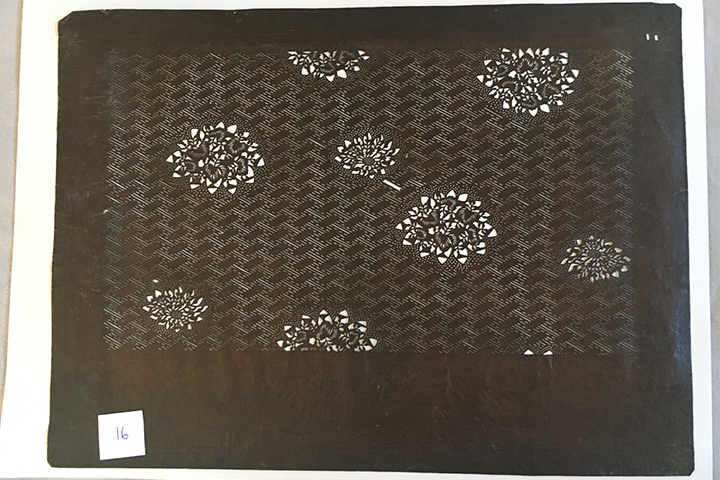 These beautiful decorative designs could be used today for fabric or paper printing or framed. They are amazing. I wonder how long it took to cut one. This stencil is one of the more intricately cut.

Ise-katagami is the art of making stencils for fabric printing. The art is traditionally centered on the city of Suzuka in Mie Prefecture. Multiple layers of thin washi paper, often from the mulberry tree, are bonded with a glue extracted from persimmon, which makes a strong flexible brown coloured paper. Often used on kimono fabric which is then resist dyed using the stencil.

The use of stencils was first noted in the Nara period AD 710    Katagami stencils were being sold by Liberty's at the turn of the 20th century. They inspired artists, particularly those from the Wiener Werkstatte.

The Museum of Domestic Design & Architecture held a symposium: Japonisme in Design   of similar stencils in April at the Asia House in Cavendish Street London W1.

Different size chrysanthum flowers on an intricately cut gound of short diagonals amonst fine lines cut in the opposite direction.

Very very good. The stencils have of course been used.

I show both sides of the stencil. The main side has the number on the lower right, and the underside, lower left.