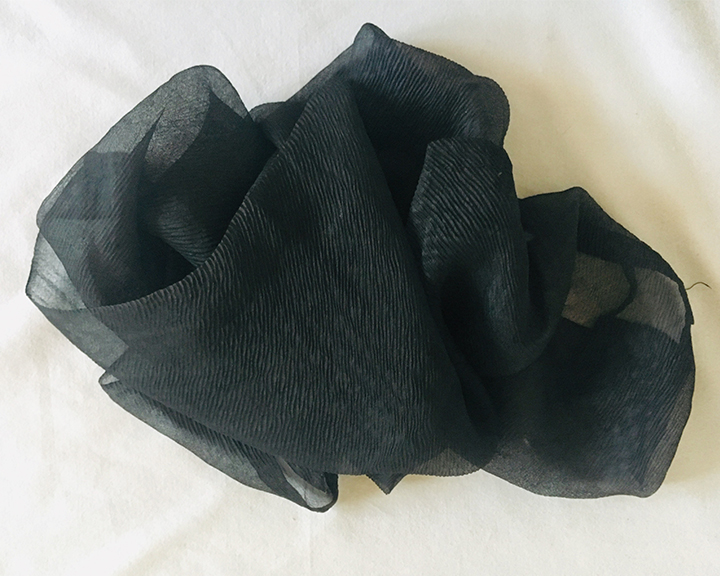 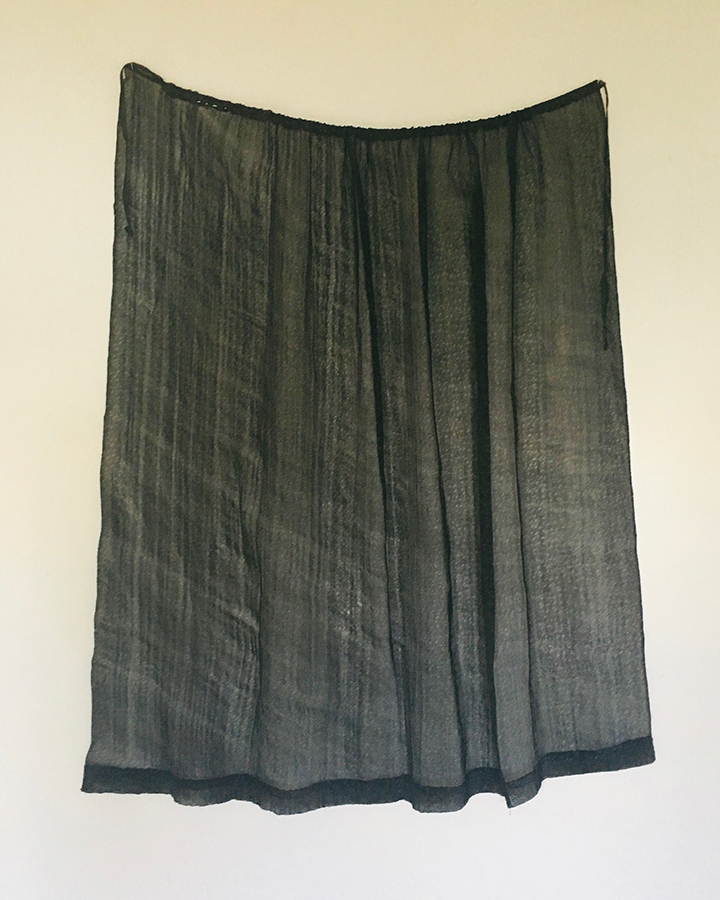 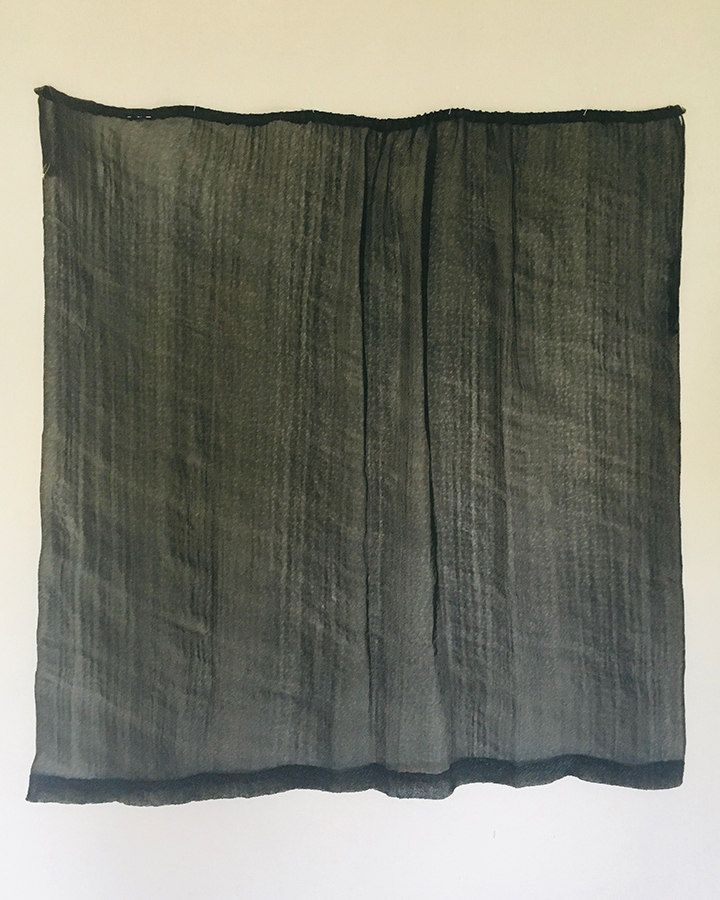 Millions of these mourning shawls were produced but I have only seen a few. I suppose because they were black they were not a desirable item to keep. Known in Norwich as Black Branch of textiles.  Crimped and dense it would have been worn for deep mourning.The following is from Ursula Priestley's excellent article:  Crape was made from worsted and silk twisted yarns with differing degrees of torsion, which caused puckering in the later stages of manufacture.  The crimping machine consisted of two rollers, the upper one of brass, heated from within, and which bore an engraved design or 'figure', and a lower one, made from compressed paper, on which the figure was embossed. The crimped crape was rolled loosely on to a large roller and passed to the dyeing vats, immersed in a mixture including valonia, obtained from acorns or acorn cups, often used as a black dye. The limp crape was stiffened with starch and sometime treacle! *

* Norwich and the Mourning Trade by Ursula Priestley. Artcile in Costume no 27 - 1993.

There are examples in the Bridewell Museum, Norwich.