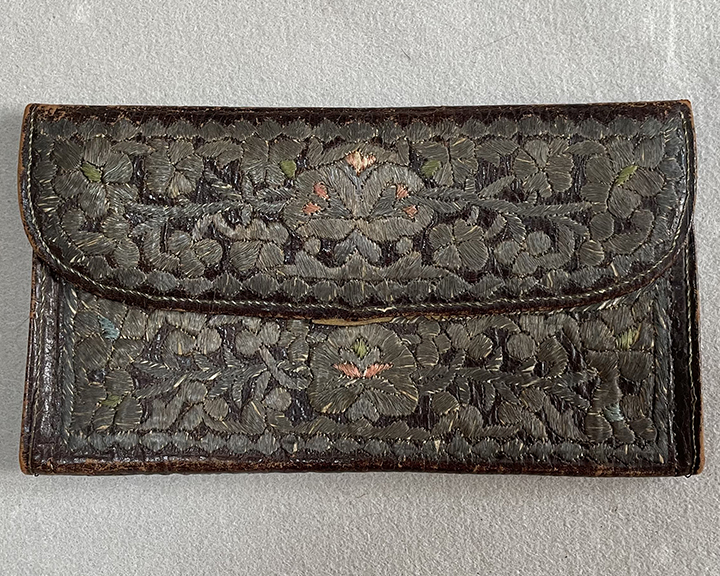 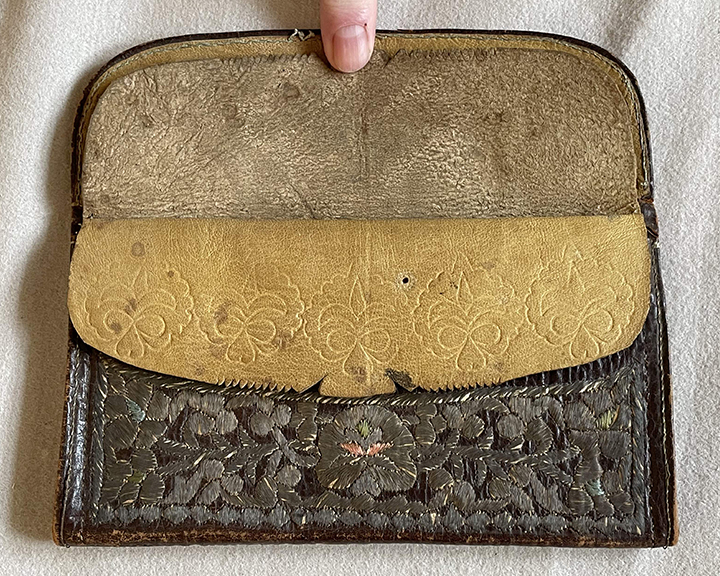 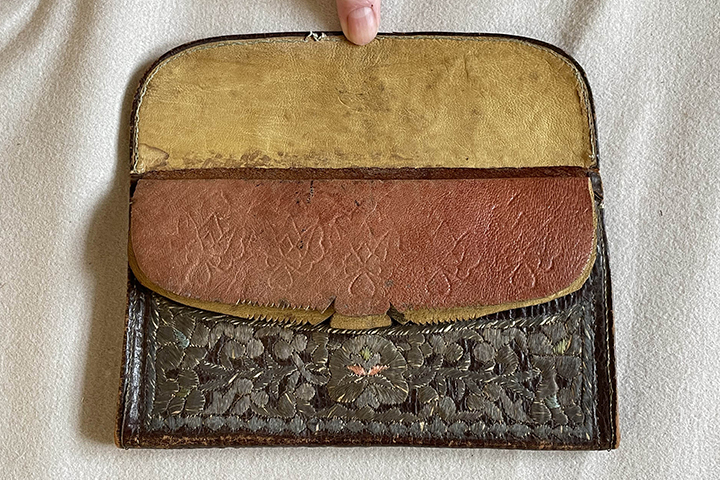 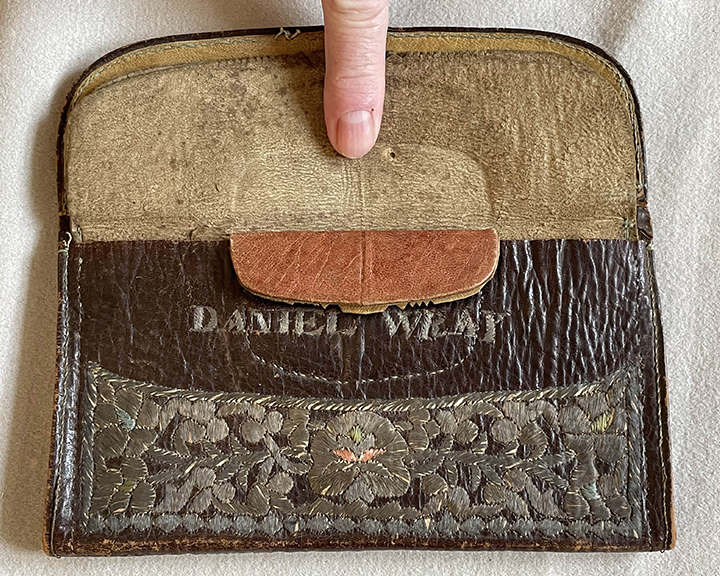 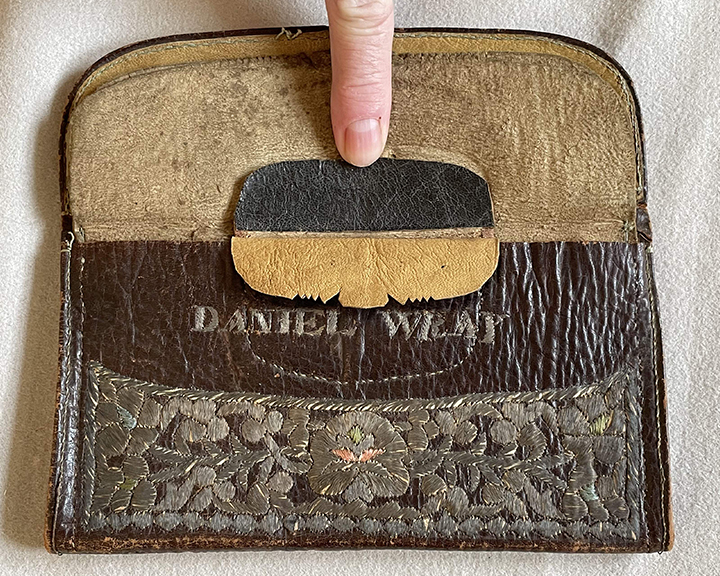 In the wallet was a hand written inked note: Daniel Wray (1701-1783) antiquary, FRS. Among those who have been identified with Junius (DNB) maried Mary Darell, a sister of Elizabeth who married John Jeffreys, (1718-1798)  rector of Berkhamstead. Danield's line died out with him and his inheritance passed through his wife and his sister to John Jeffreys, and his line. The Wray property in Essex was inherited by John Jeffreys of Canteton? jointly with Arthur F Jeffreys of Burkham (Burkham House, Bentworth in Hampshire), and was disposed of by them probably in the 1870s or 80s.

Born in the parish of  St Botolph, Aldersgate, the youngest child of Sir Daniel Wray (died 1719), a London citizen and soap-boiler (manufacturer), residing in Little Britain. His father was knighted in 1708, while High Sheriff of Essex, where he possessed an estate near Ingatestone. Daniel, the son attended Charterhouse School and the Queen's College, Cembridge.

The silver is in very good condition. The leather is a little rubbed and could be treated.