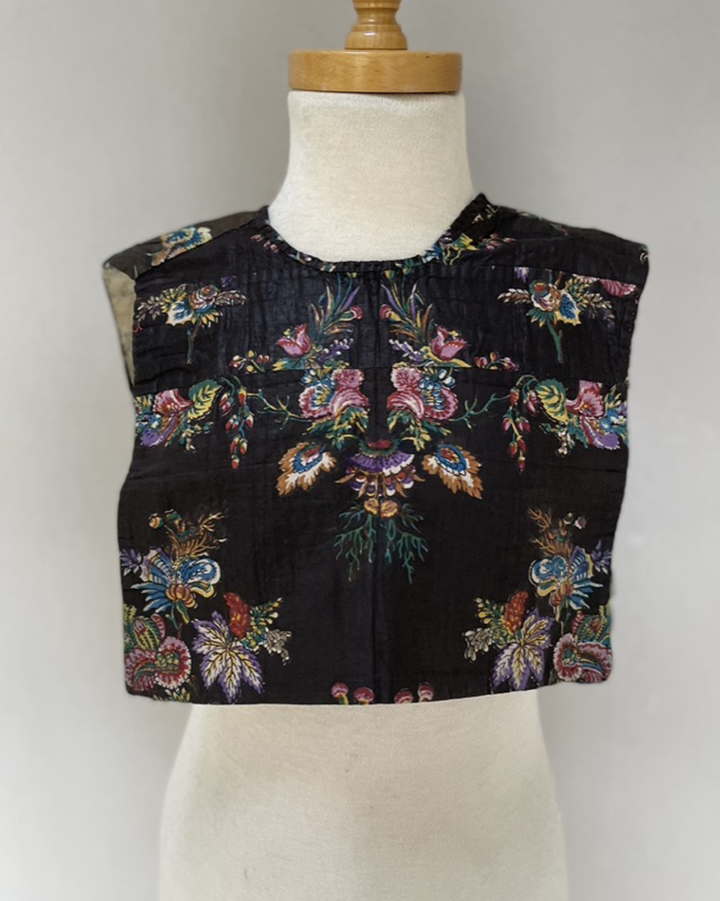 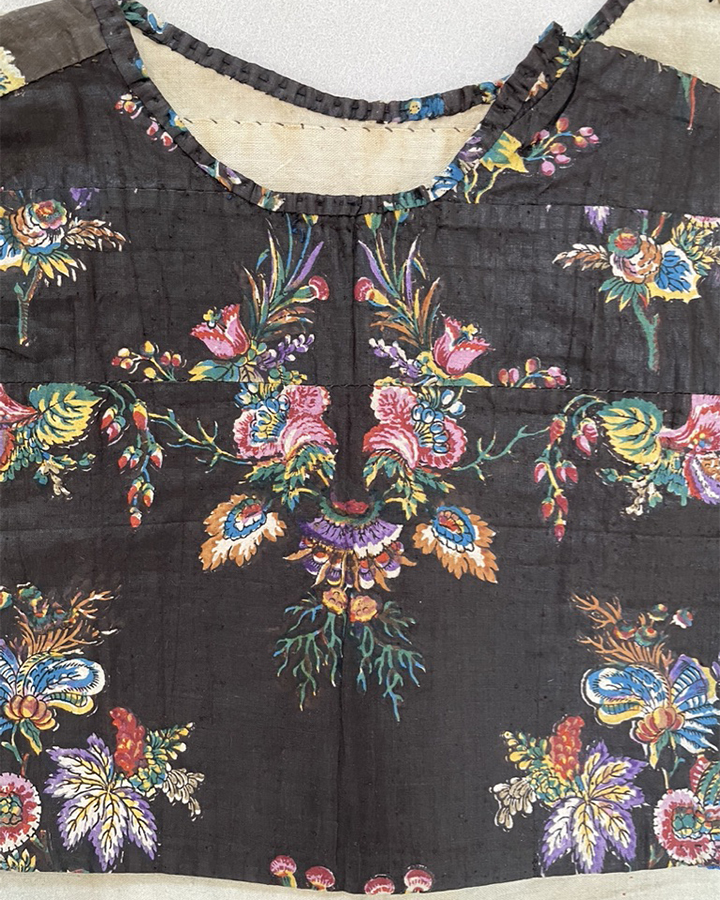 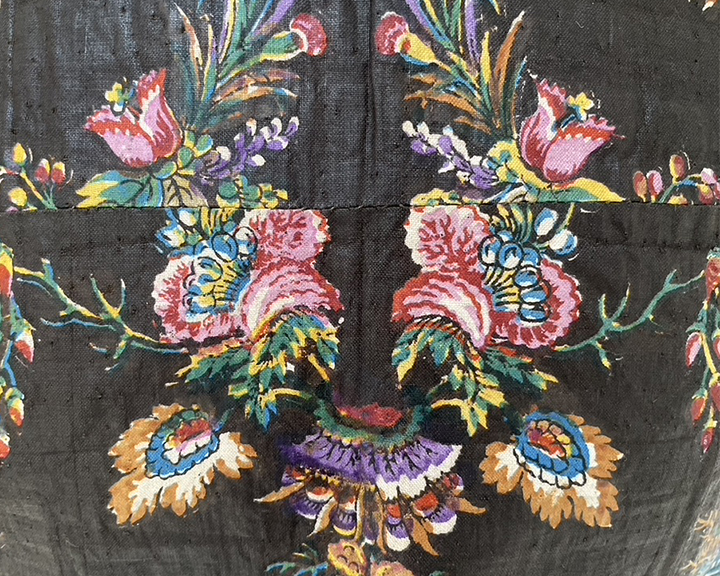 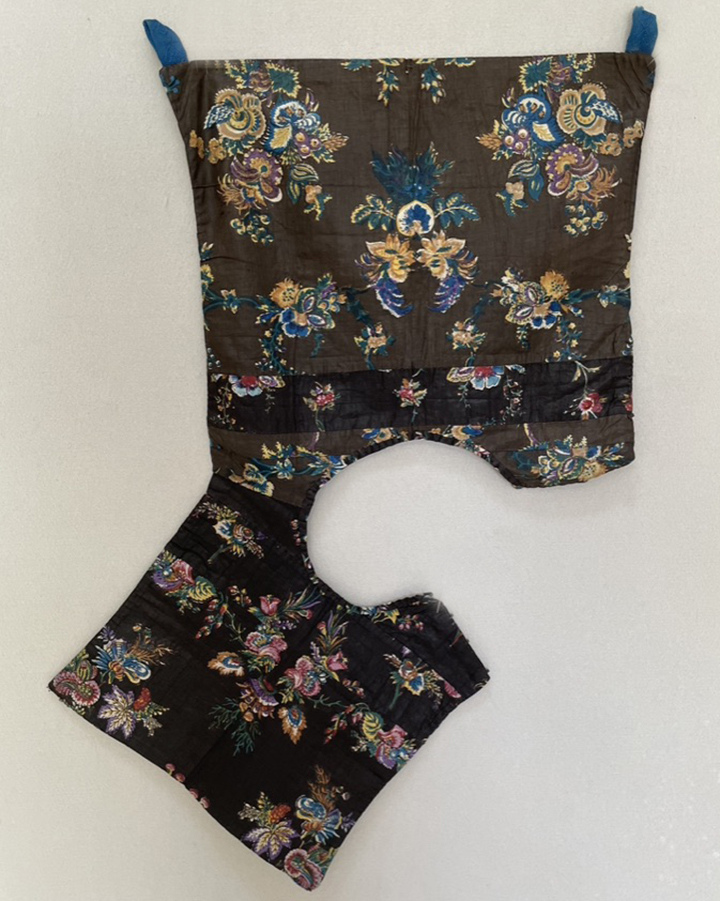 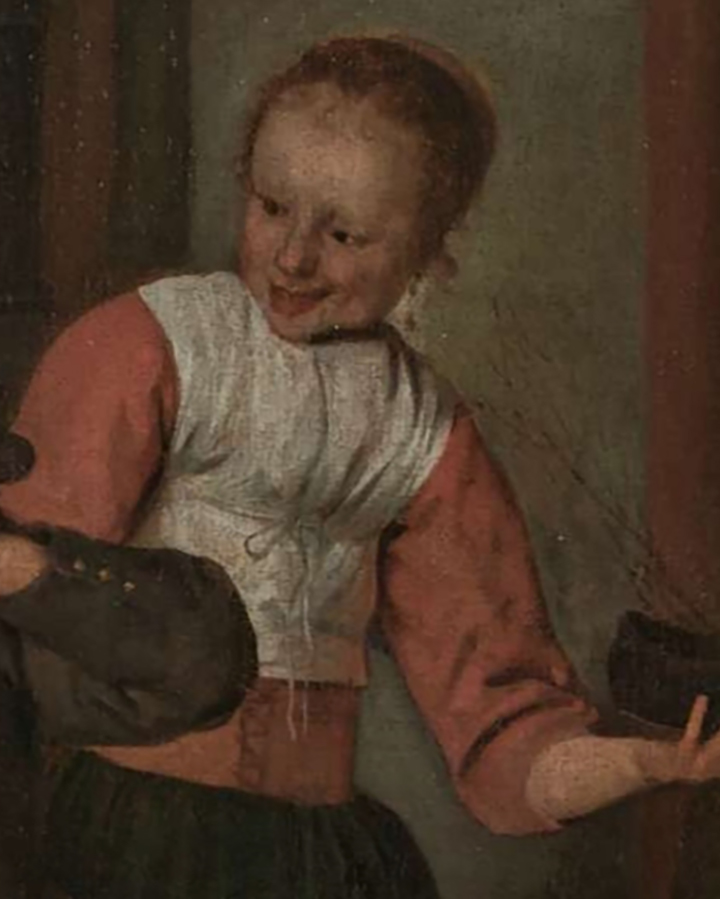 The ramoneur fabric was printed before  around 1680-1700, and made as dresses and caracoes, worn by aristocratic women in The Netherlands. The expensive and very beautiful fabric was kept and re-used, in this case in the 1850s to make a Dutch girl's kraplap or type of waistcoat. The kraplap comes from the village of Rouveen in Staphorst, Eastern Netherlands.

Ramoneur (chimney sweep) because of its dark background and known in the Netherlands as nacht grond sits . The cotton was hand block printed in the Alsace region in France, by Jean-Michel Haussmann's factory in Longelbach, near Colmar, and exported to The Netherlands. Hand block printed with groups of naturalistic flowers and exotic motifs inspired by Indian chintz and chinoiserie. These fabrics were Imported in vast quantities at the end of the 18th and early 19th century. The once thriving early Dutch textile printing industry had fallen into decline by the mid 18th century due to cheaper imported printed textiles. At this period Napololeon had invaded the Netherlands and limited import goods solely from France.

These early fashionable fabrics eventually became treasured by the Dutch rural communities and became part of their regional dress like the Indian chintz and woven check fabrics from the Dutch East India Company. The second hand market saw worn items of such textiles recycled into smaller items of regional dress such as bonnets, partlets/yokes,  skirt and apron tops. Their dark background was suitable for mourning dress.

The front with round neck, made up of three horizontal pieces of the same design, with flower sprays in deep and light pink, blue, yellow, purple, green, tan and natural on a dark brown ground, the back made up of three horizontal pieces of a different design, and a narrow piece of a different design, four large brass hooks and eyes to the top right hand shoulder, the cotton slightly glazed. two hand woven wool blue loops having a diamond design, attached to the lower back corners, lined in natural cotton.

Some of the glaze would have been lost with washing, but it is still in evidence.