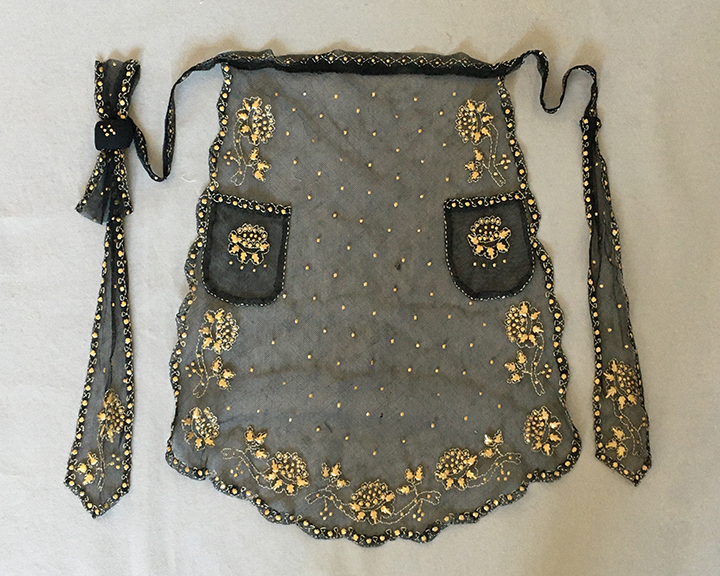 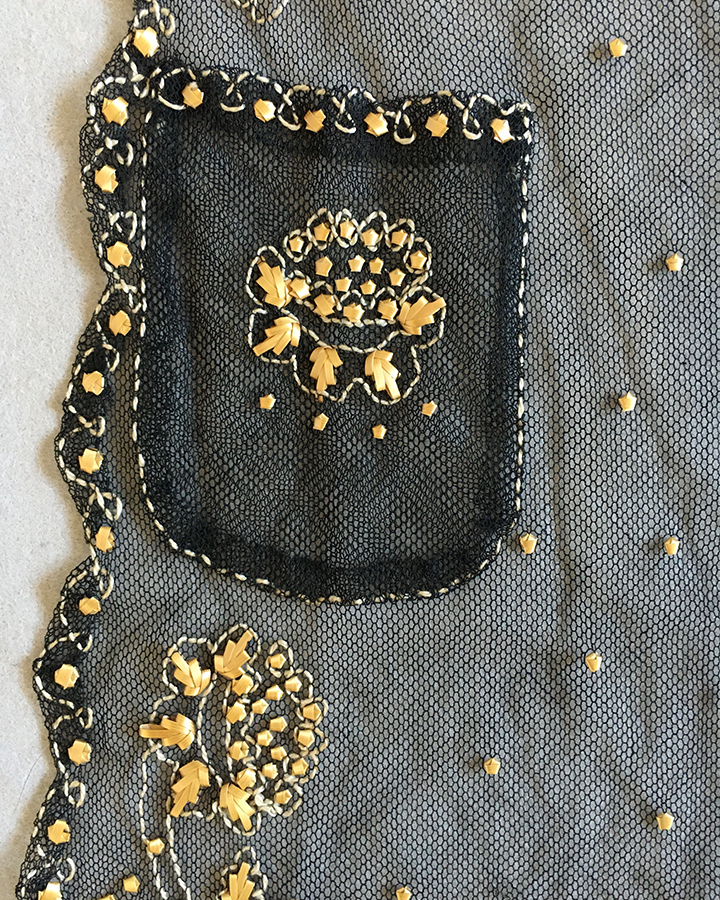 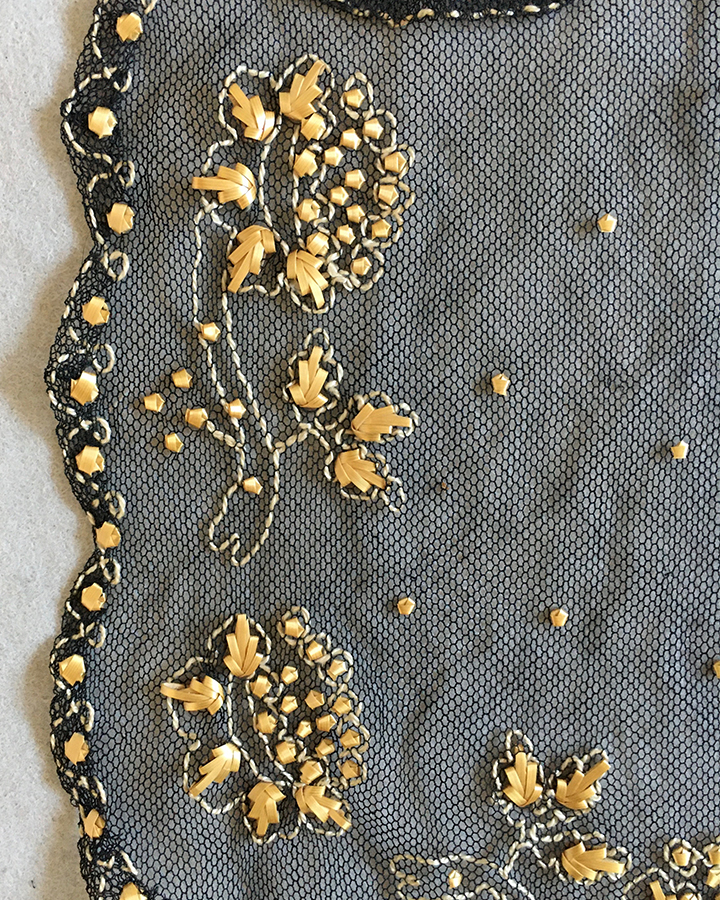 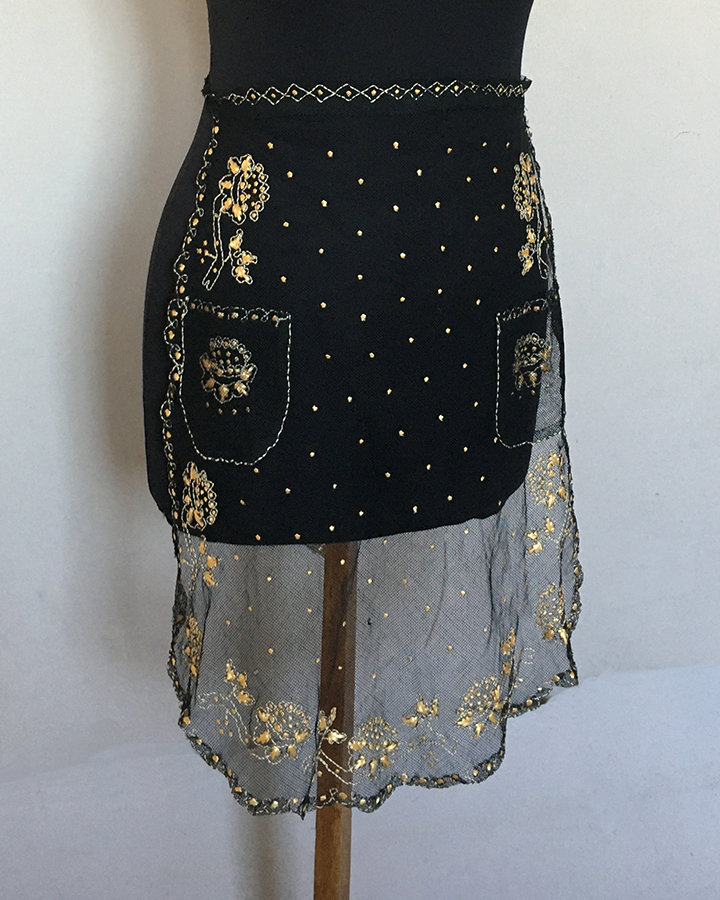 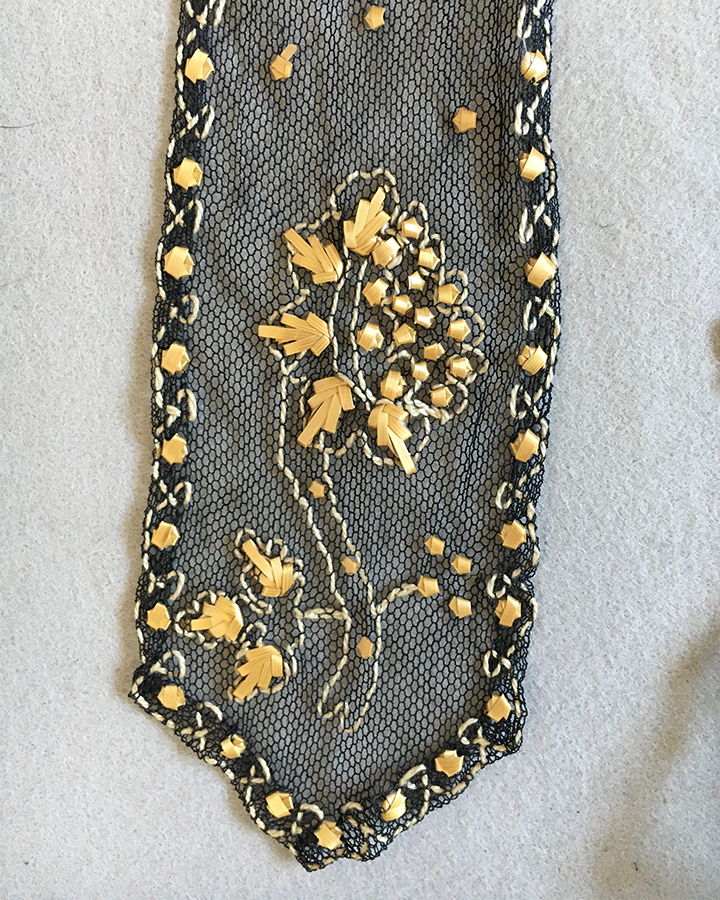 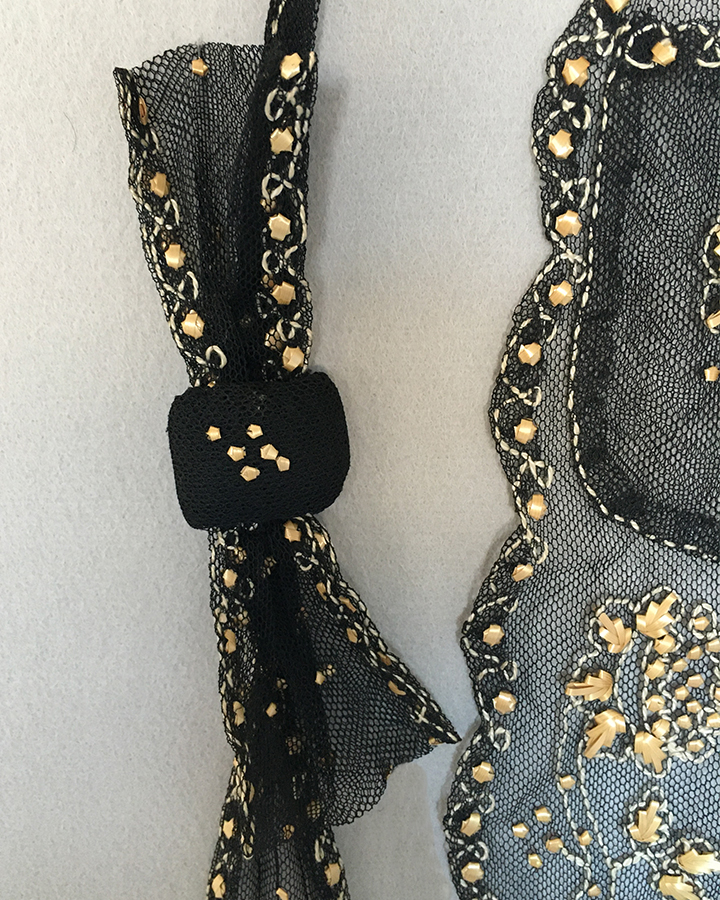 The straw work motifs were almost certainly manufactured by Isler of Wohlen, in the Freiamt area of Switzerland. The trade in making straw motifs began in 1800 but it was not until 1835 that it started to become really popular continuing until late 20th century. Women, older people and children would all make these small motifs from barley, rye, oats and wheat. They were often combined with horsehair, made on looms and sometimes couched onto fabric, as with this apron. Wohlen produced the most inventive trimmings.  The three main manufacturers were Isler, Bruggisser and Walser who were supplying the upmarket Paris and New York fashion houses. When the hat went out of fashion, the industry went into decline.

for decorative wear, probably made up in France or the Iberian peninsula, the black machine net ground applied with straw work flowers and fruits, embroidered with ivory silk outlines, two patch pockets with similar work, the waistband flaring out to lapet shape and with a bow midway to one tie, scalloped edges, 20 in d ; 50 cm.

Excellent amazingly. Clearly much treasured and wondered at.

I have had a similar shaped straw work apron before but with different design and a late 19th century bodice (part of a dress).

The Strohmusuem im Park, Wohlen has an extensive collection. www.strohmuseum.ch