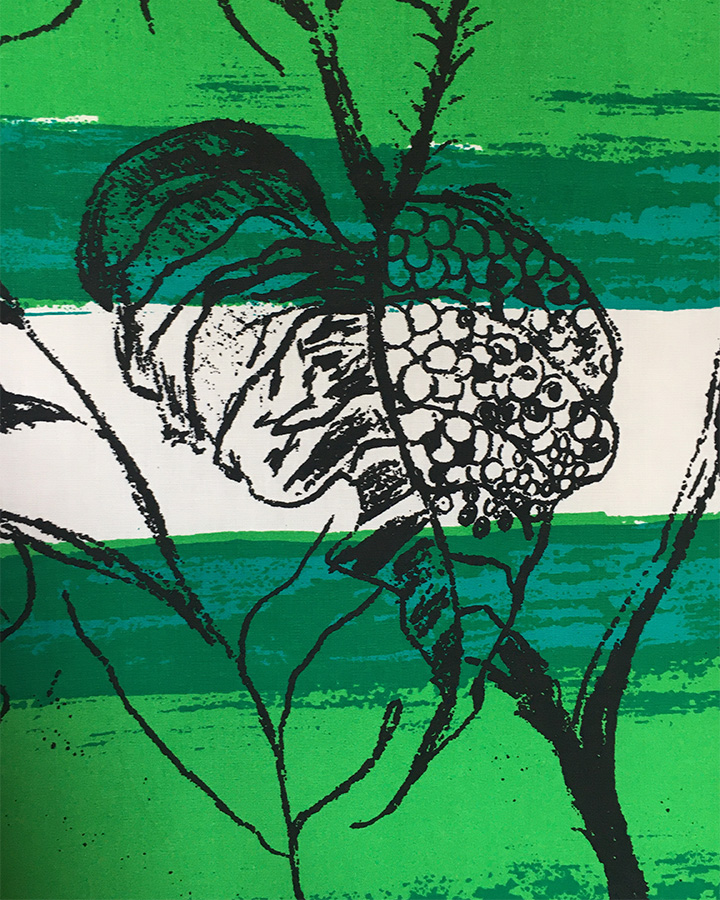 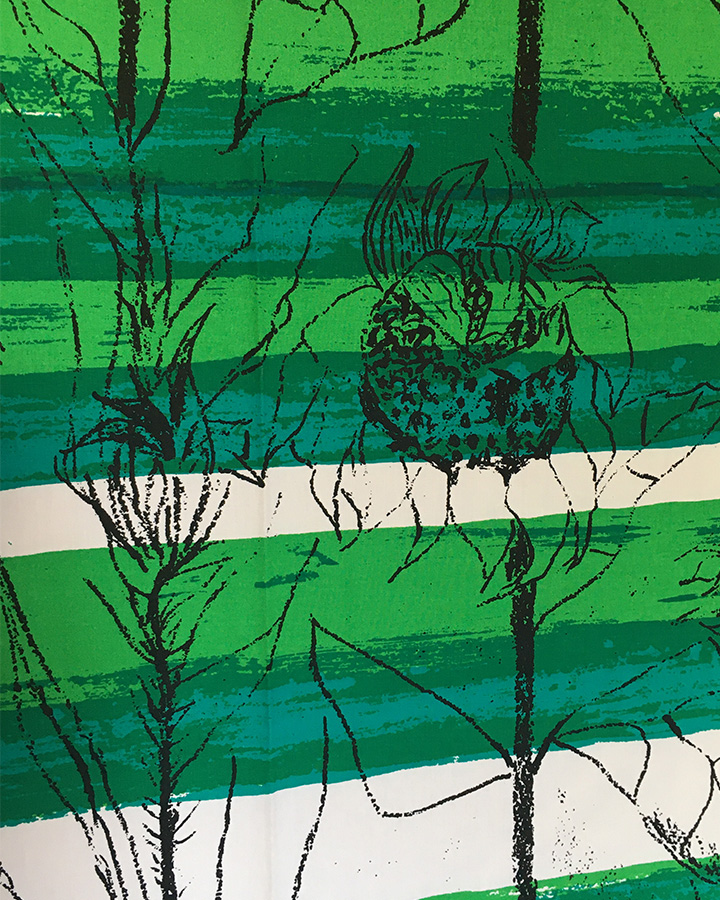 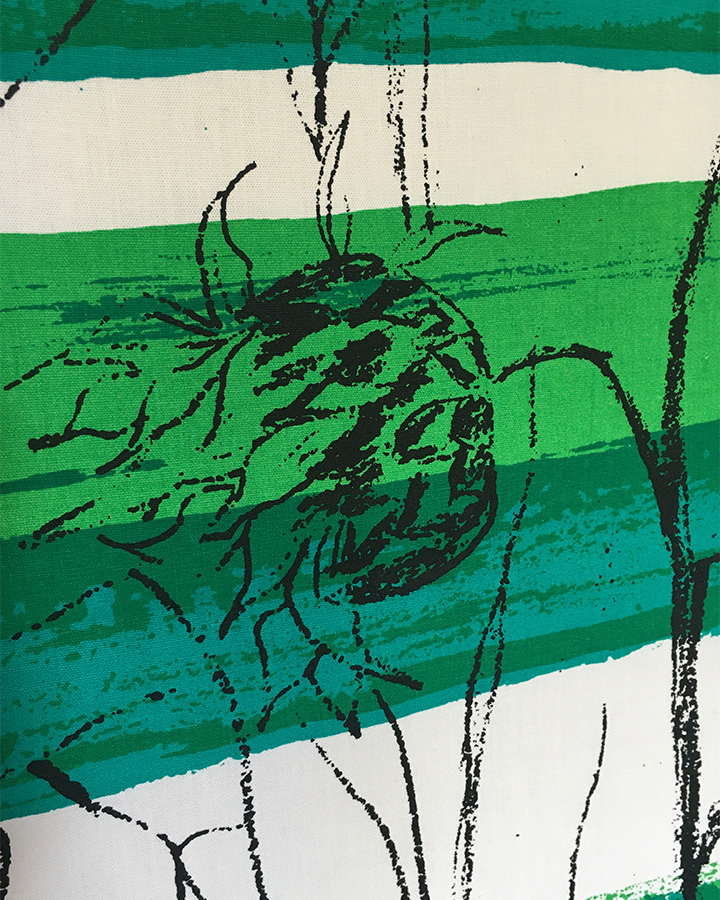 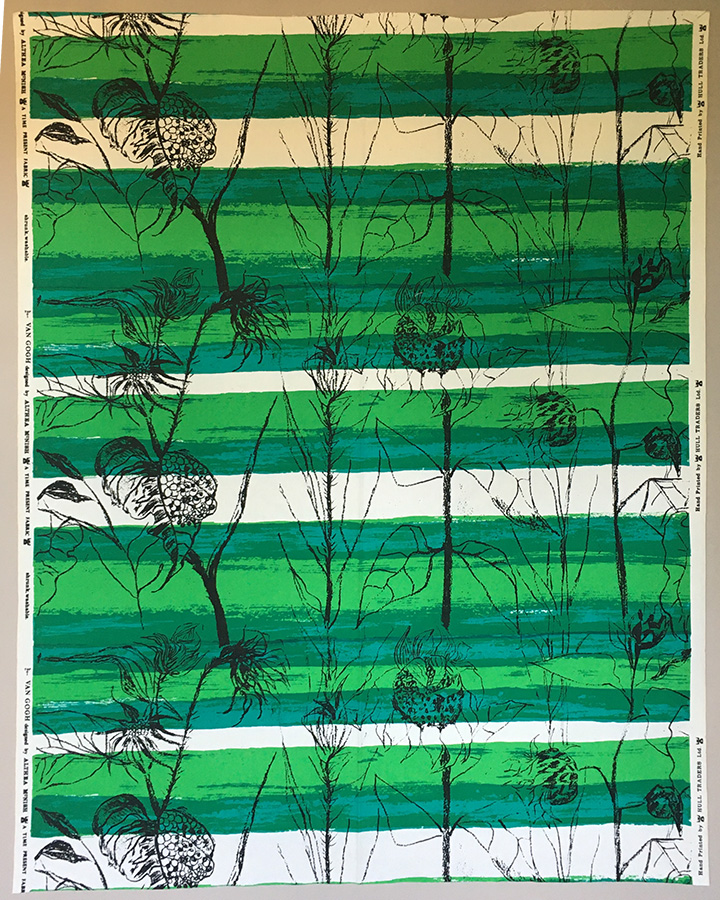 One can imagine the impact Althea's designs had on grey post war Britain.  The sunflower design of this fabric pays homage to Van Gogh. "Van Gogh was one of my favourites – he was very tropical" commented Althea. This design was also printed in yellow and green.

Mint condition. Unused and straight off the roll.

One of the photos shows the white horizontal stripe as cream. It is not. Must have been the light when I took the photo.