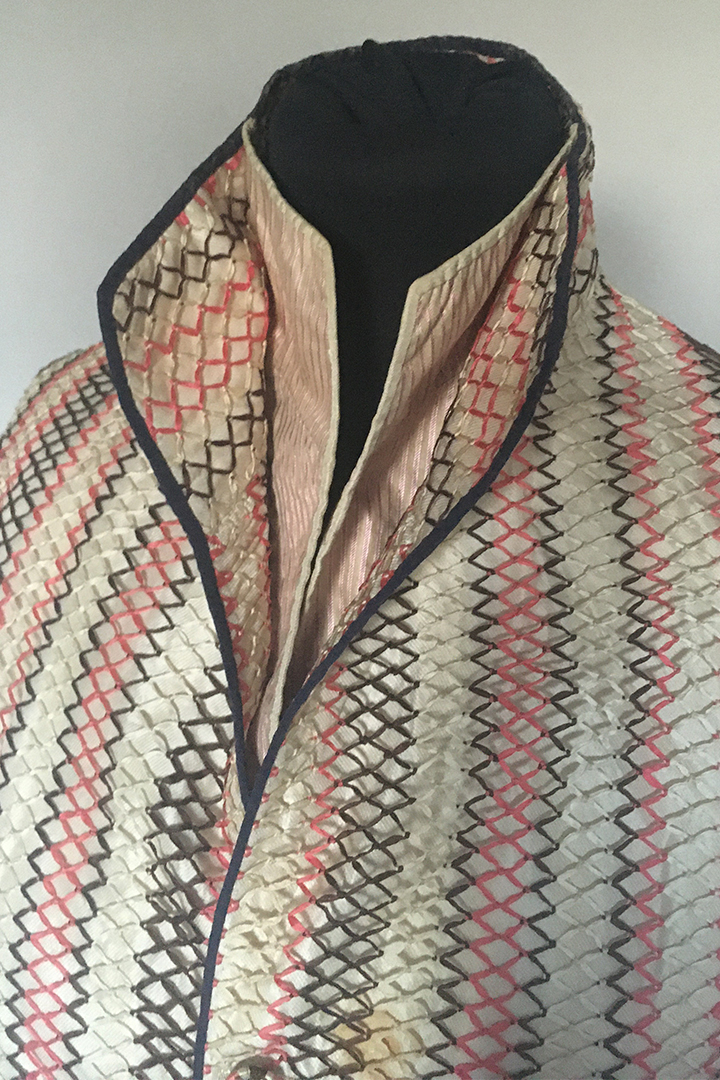 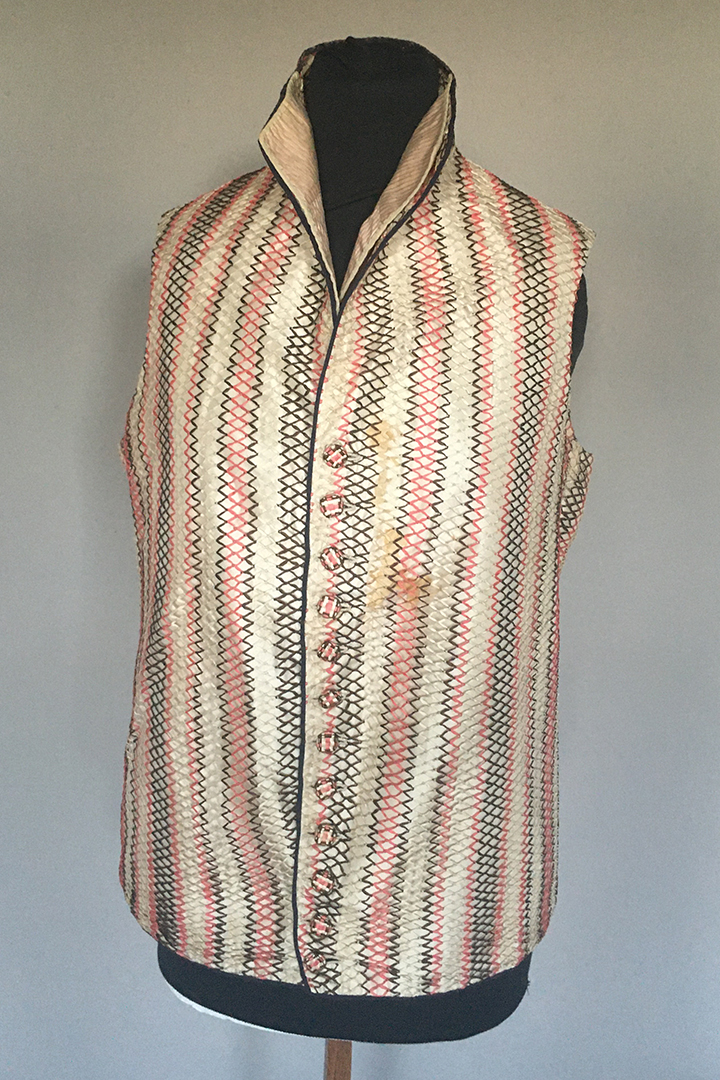 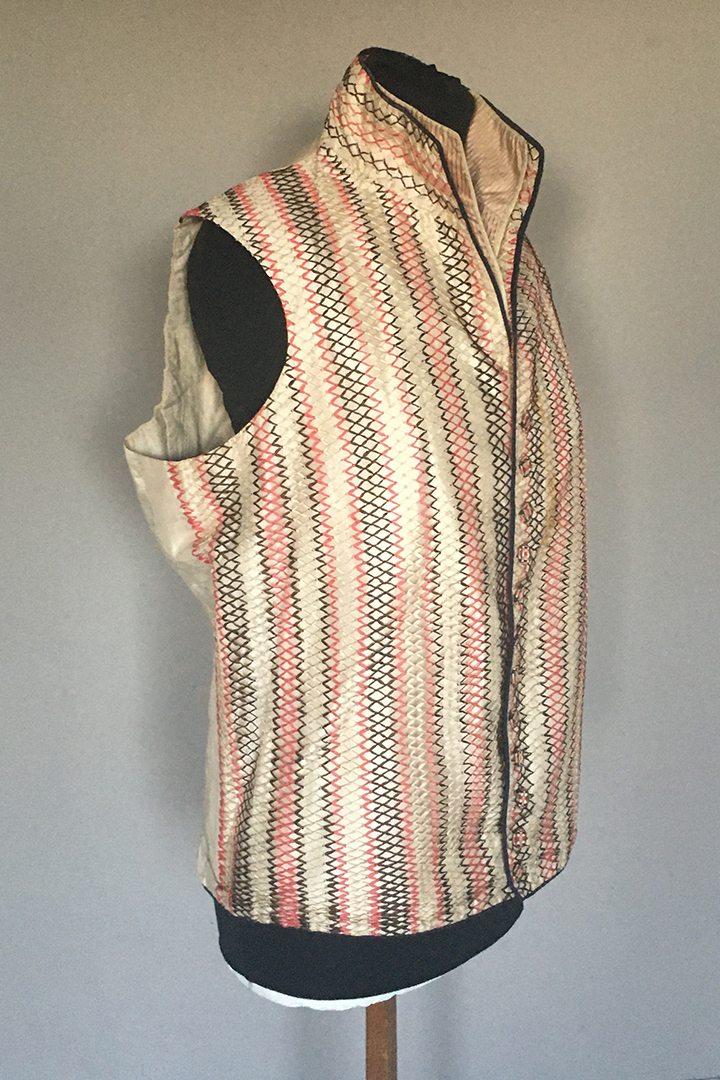 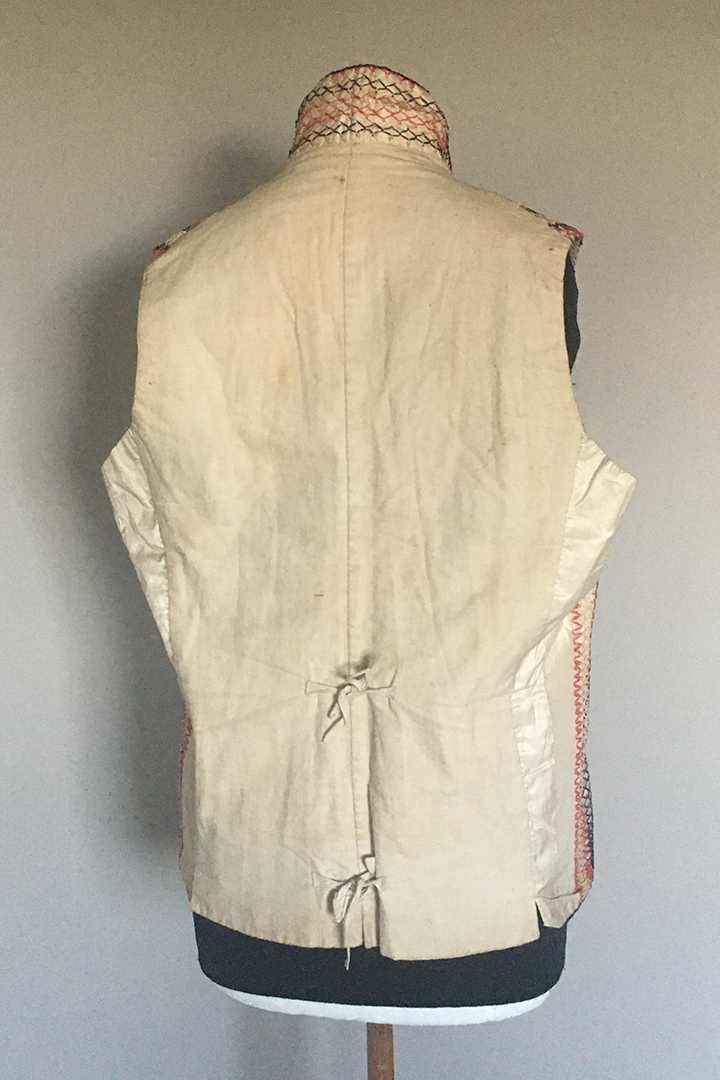 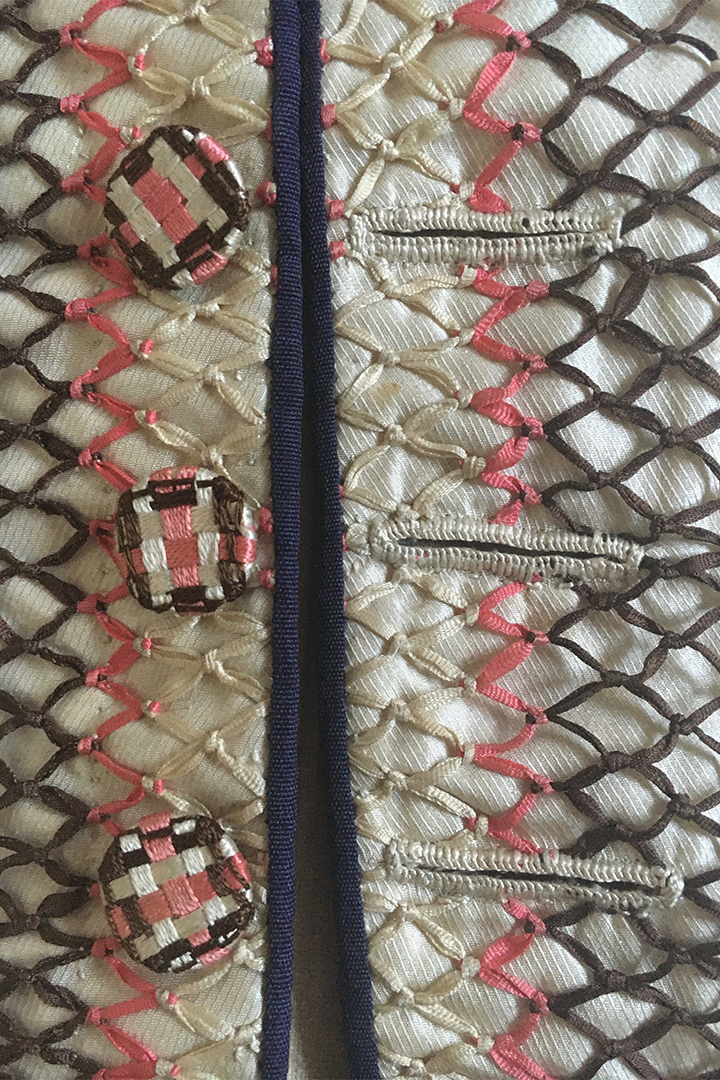 The ribbon knotting on this waistcoat is most unusual as is the innrer collar. I don't recall buying anything similar.

The Cooper Hewitt museum have one which looks very similar, but their's is knotted net over silk.

The high standing neck, with a narrow pale pink/mauve stripe on ivory silk inner lapel, the main waistcoat in a fine diagonal ivory self stripe silk, with lapel revers and all of the front overlaid with a horizontal diamond ribbon knoting in rich pink, choclate and ivory silk, the eleven buttons with same ribbons flattened and plaited, the neck, front and bottom edge trimmed with narrow plain brown silk, a narrow silk pane to the side back, the back of cotton with two tape ties, lined with cotton.

The back and inside cotton are a little grubby.  The front has a coffee coloured mark, a long narrow vertical one 5 in; 13 cm long x 1 cm. Then another 1 x 2 cm to the right of the long mark. This is all situated from abovethe first button, the the right of the waistcoat as you look at it, down to the third button.