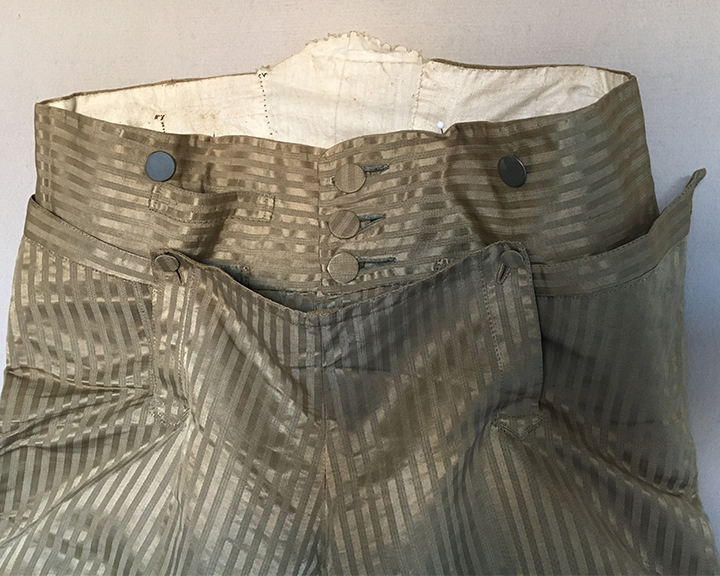 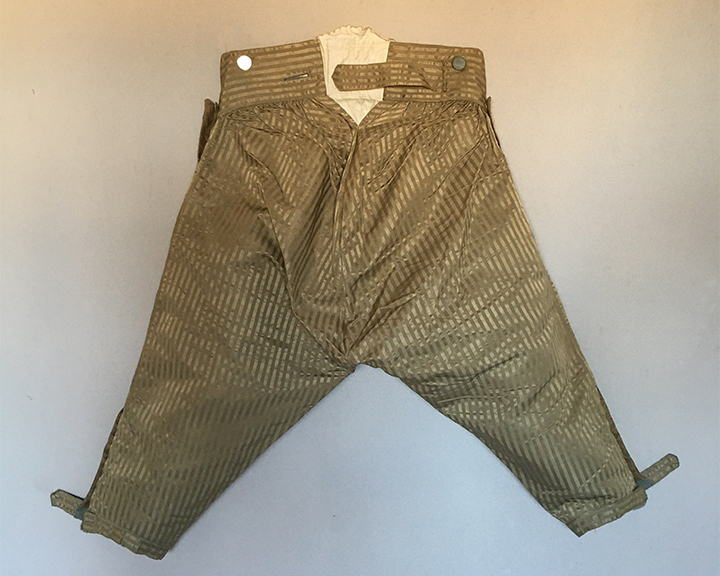 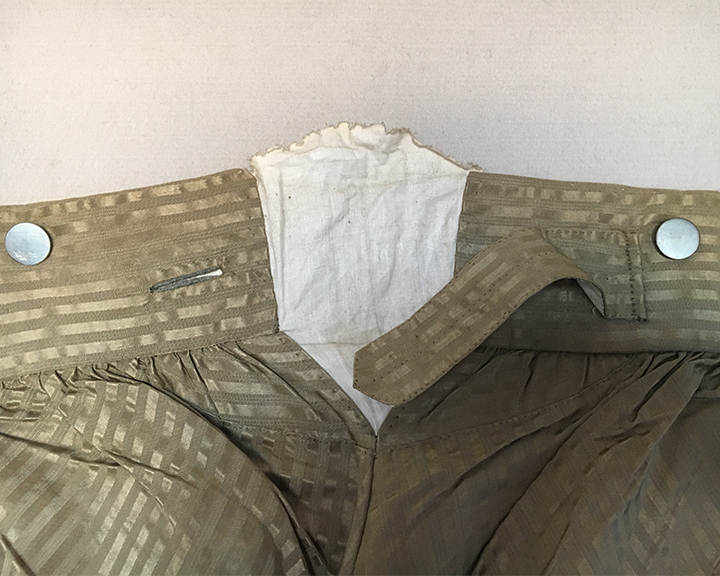 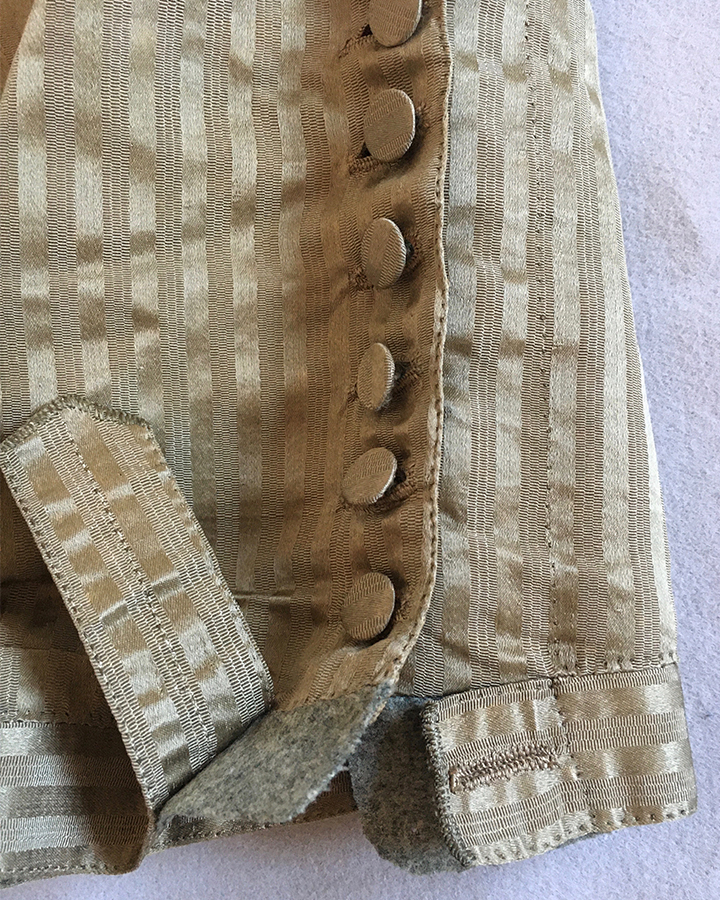 The grey wool fragment beneath the lower leg tab opening would have prevented chaffing on the stocking. These are a larger size so would have been worn by Thomas Crewe Dod.

The taupe colour horizontal stripe, one satin the other with three horizontal lines side by side, the fall front with two self coloured buttons, either side with slanting welt pockets fastened by buttons, the deep waistband with two metal buttons, the centre front with four self coloured button opening, another small flat pocket, the back with linen centre inserted V, scalloped edge, secured with flap and buttonhole, two further metal buttons to the back, large roomy bottom area, the lower leg with seven small button side opening, tab with small piece of grey wool below, linen lined pockets and waistband.