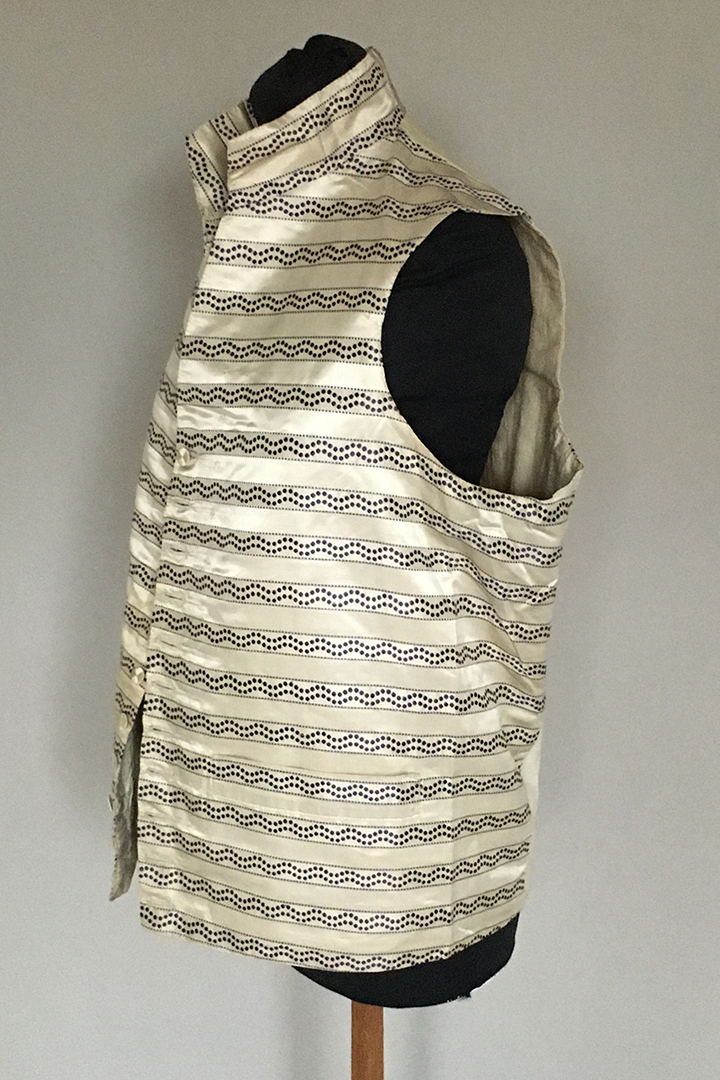 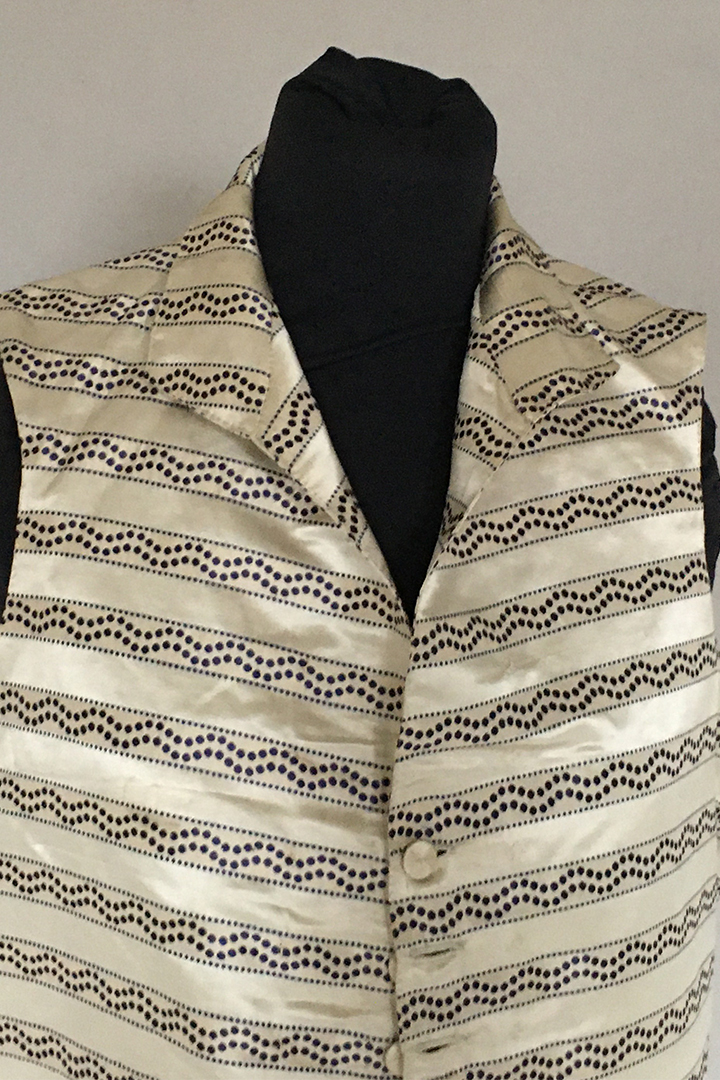 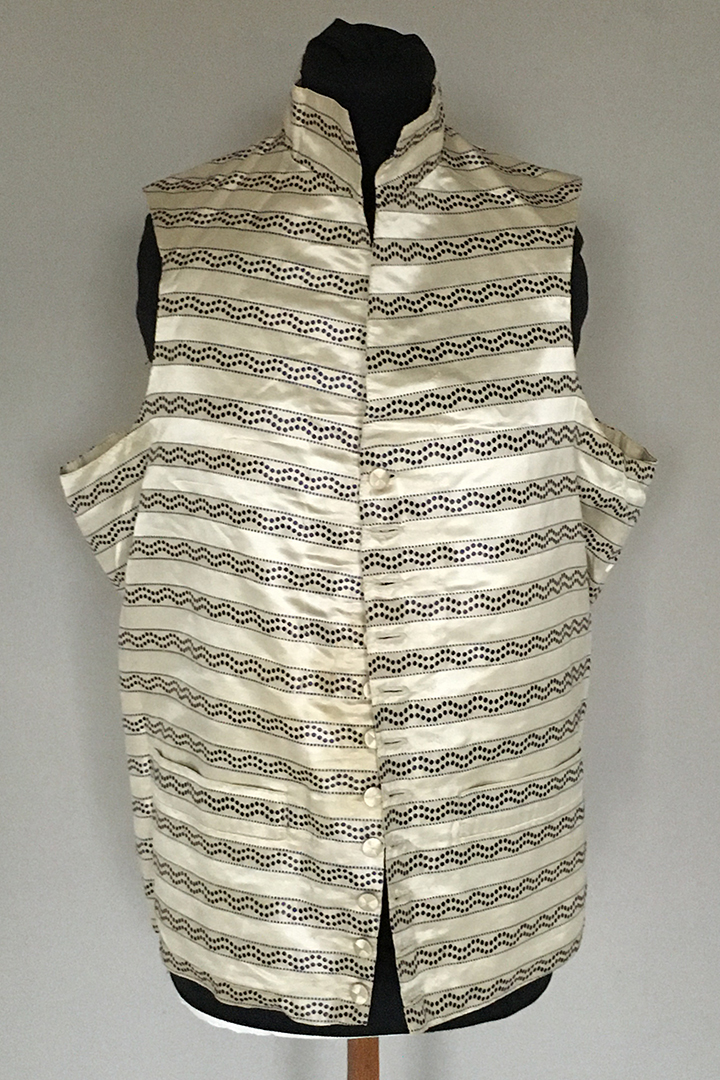 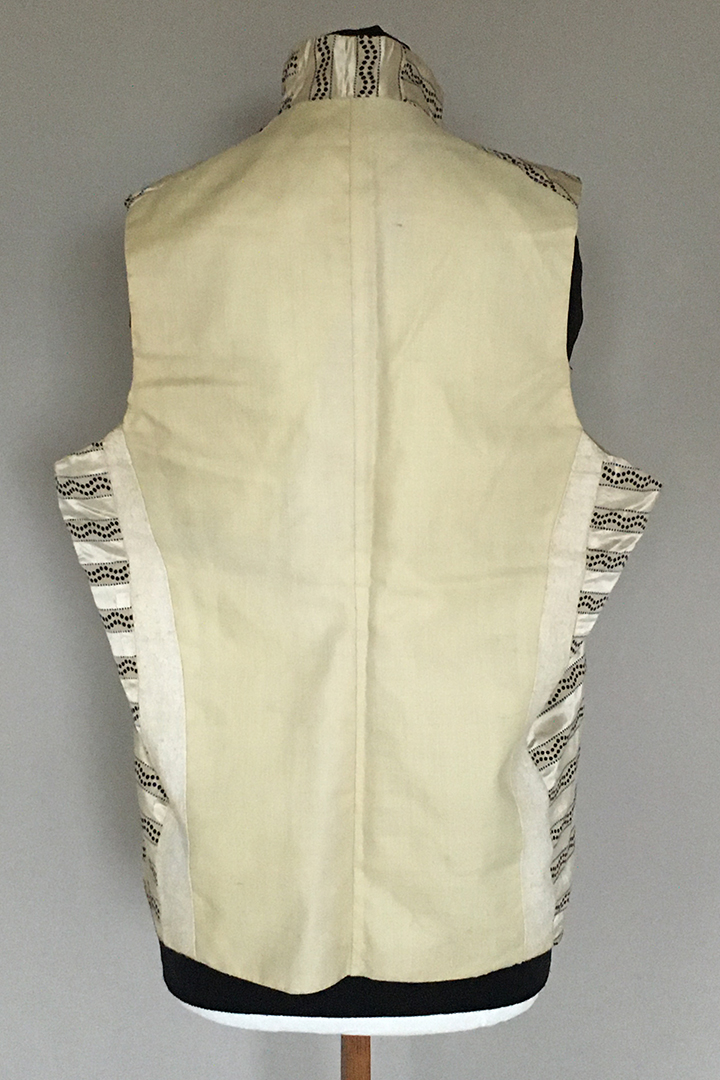 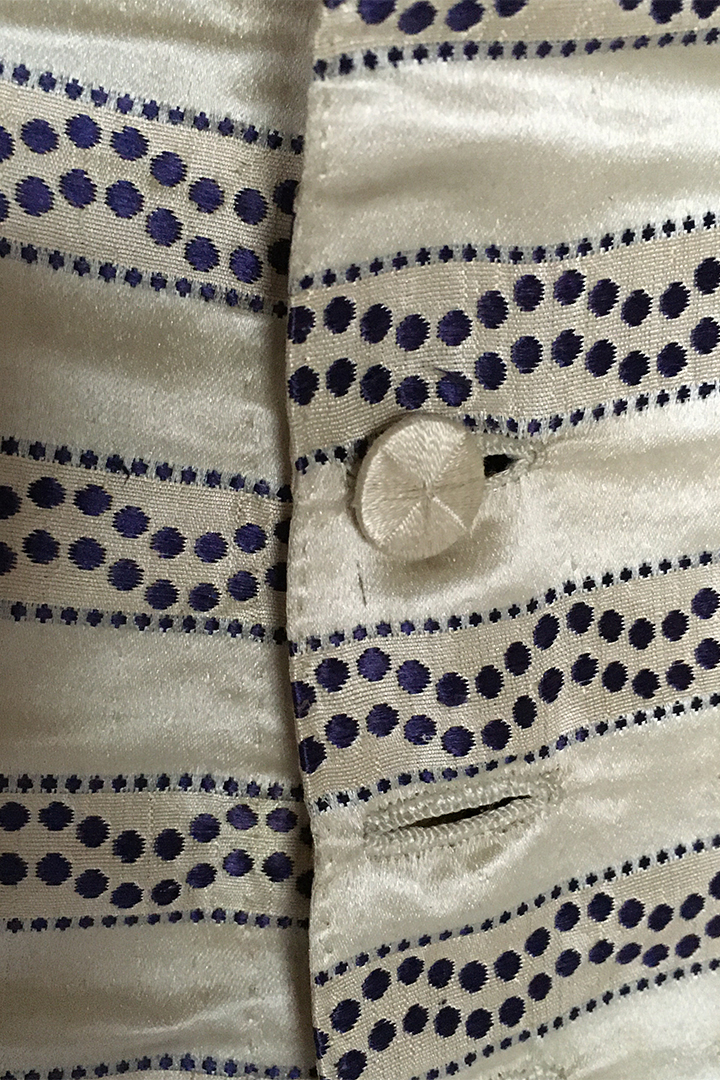 The satin weave brocade is of a very good quality. This would have been worn by Thomas Crewe Dodd.

The family arms are: Arg on a fesse gu between two cotises wavy sa. three crescents or.

The family motto was in copia cautus.

The ivory satin with horizontal bands woven with purple spots in a double meander, alternating with plain ivory bands, the high stand up collar 2 in; 5 cm with brocade revers, eleven ivory silk covered flat buttons worked in a star effect, (one set missing), two welted pockets, the back of cream worsted wool, back side insrtions of cotton, the front facings of plain twill weave silk, lined with cotton

One set of buttons are missing and you can see the slight holes/indentation on the satin where they have been. I would imagine the back narrow side insertions were used to expand the waistcoat when the wearer grew larger.