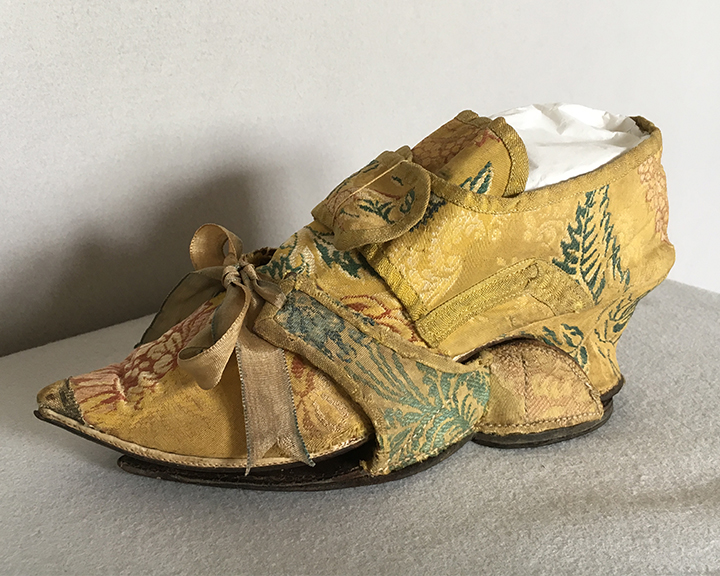 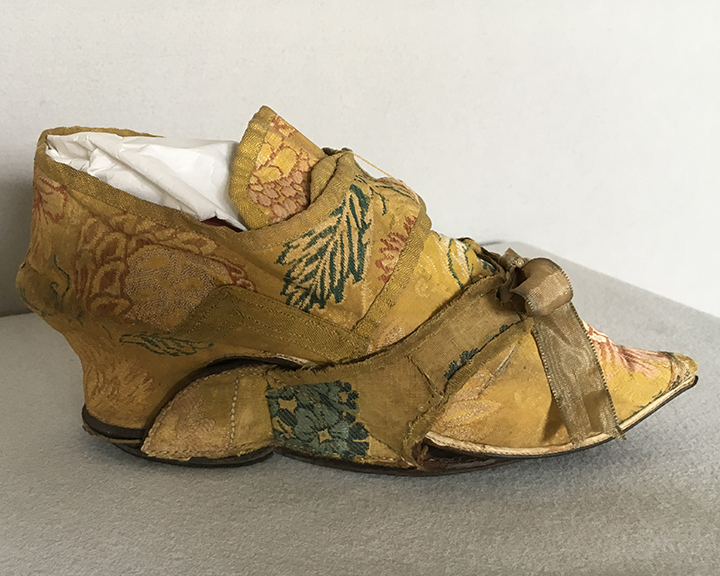 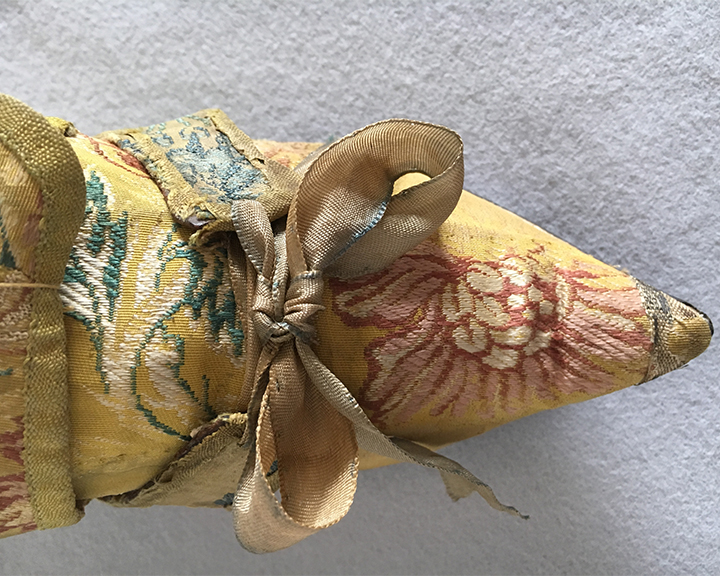 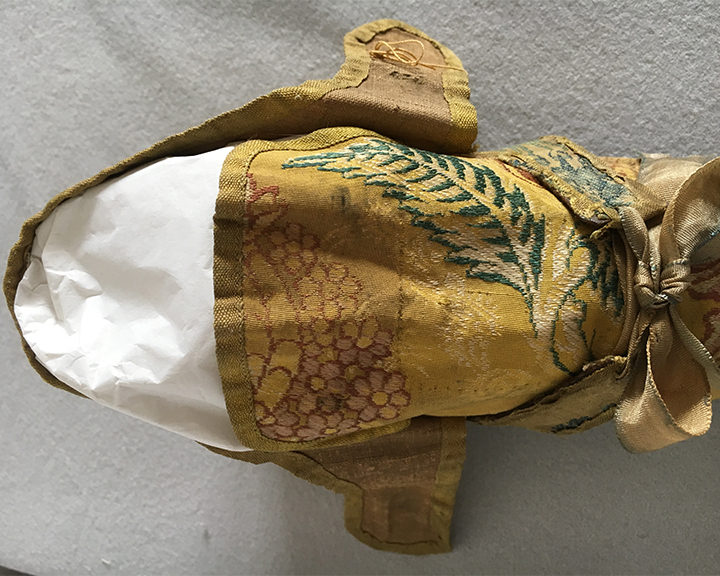 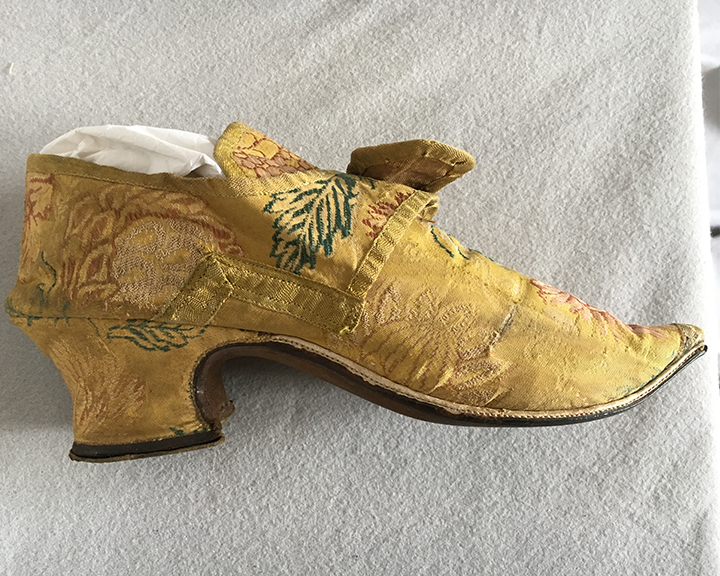 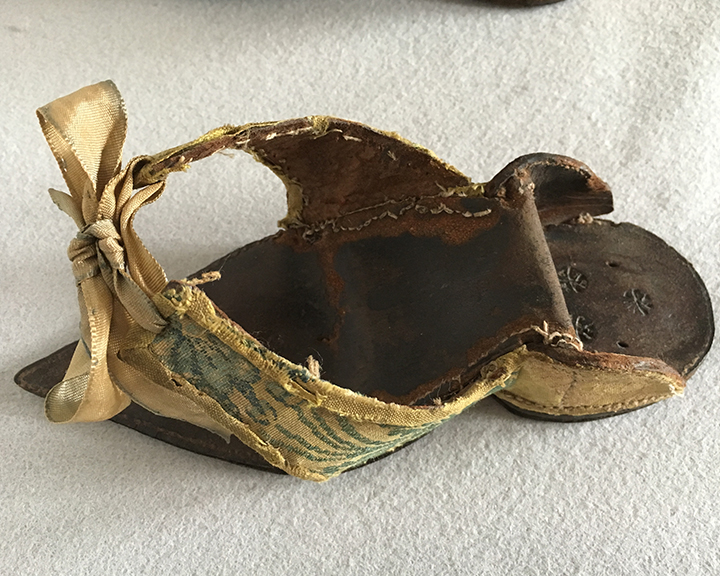 I bought these together but they do not actually quite match.  The clog is covered in very similar brocade but not quite the same and it is also shorter than the shoe. Clogs or pattens would have been slightly longer that the shoe to protect the toe.  The colour and the use of the twisted silk gimp as a brocading weft suggests French more likely than English.*

Pattens were under-shoes designed to be worn outdoors and to lift the wearers and their shoes and ladies' dresses above the mud and grime of early streets.

The Worshipful Company of Pattenmakers is a City of London Livery Company which was awarded its Royal Charter in 1670, but the Company is first recorded as a trade association for the makers of pattens in 1379 and the trade itself dates from the 12th century or earlier.
Itsl Livery was awarded during the reign of George 1st in 1717. Today the Pattenmakers' Charitable Foundation has developed a new role in funding the design and bespoke fabrication of orthopaedic shoes, particularly for the UK's injured servicemen.

Of yellow brocade woven with green, blue, terracotta and ivory flowers and leaves, pointed shoes, cross over latchets,  yellow tape seam binding, the heel covered in same fabric, the leather sole is straight with a rand of white leather, lined in natural linen.

The clog with built up instep with a similar yellow brcoade edged in yellow binding, tied with silk ribbon, straight leather sole.

The shoe:  The toe has had a little repair. Half way up the front there is a slit. The right hand side, as you look at the shoe, has wear near the leather sole. A little faded. The sole is quite worn.

The clog or patten. The binding is quite worn and discoloured. The tie is not original. The sole is quite worn.

My thanks to Clare Brown at the V & A for her thoughts.