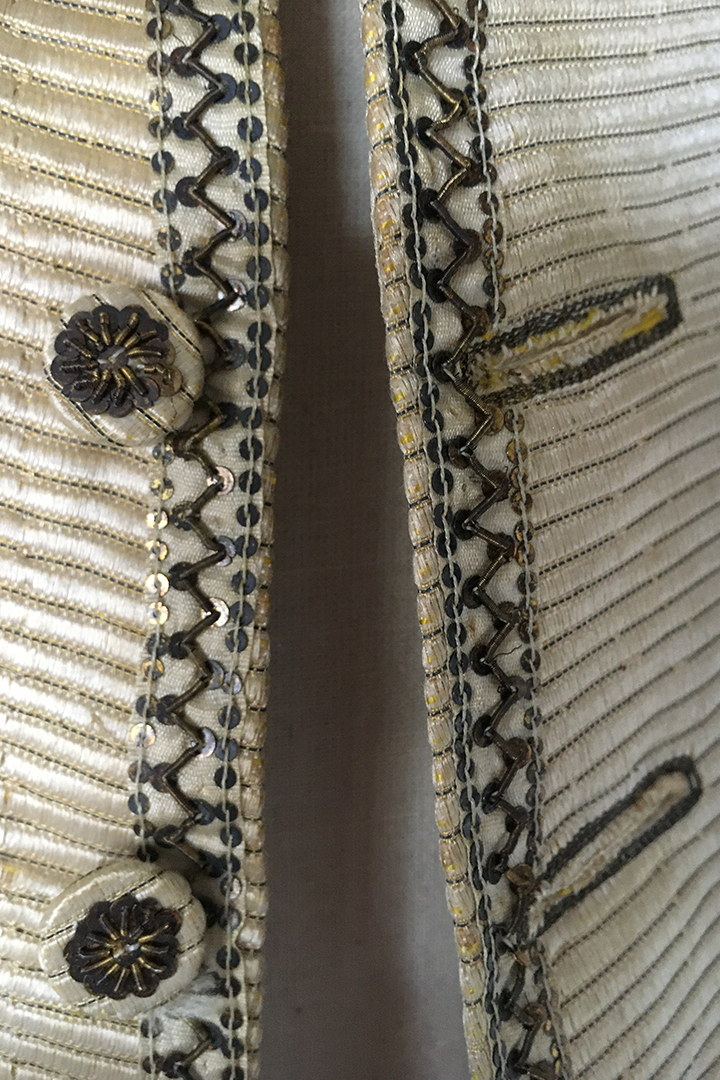 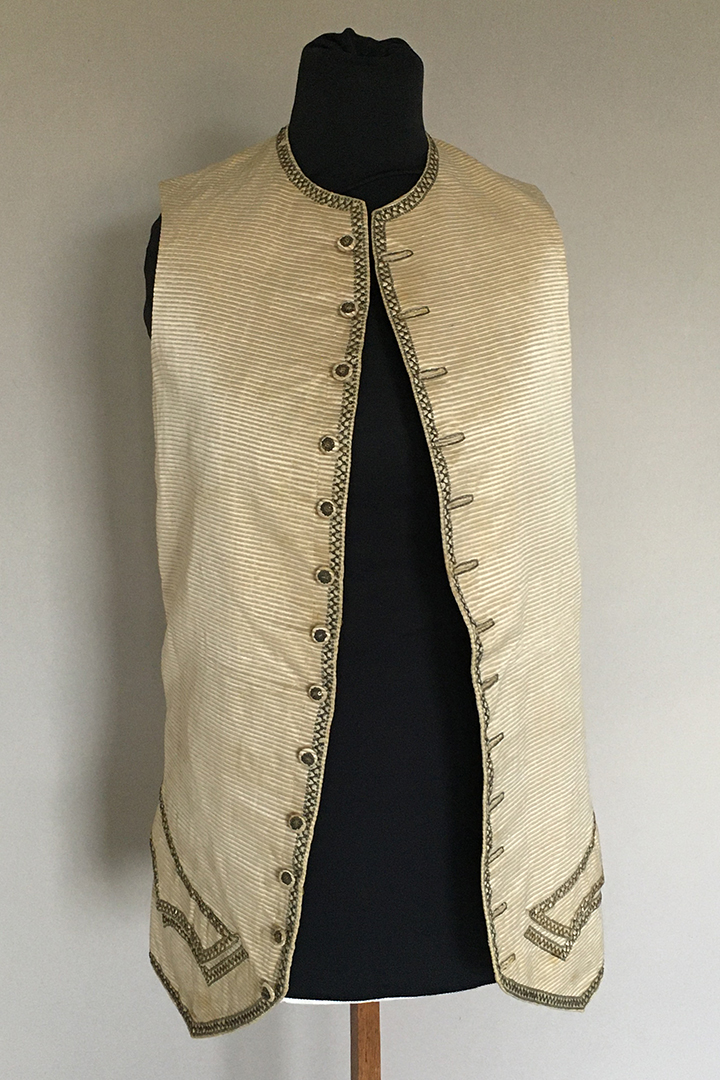 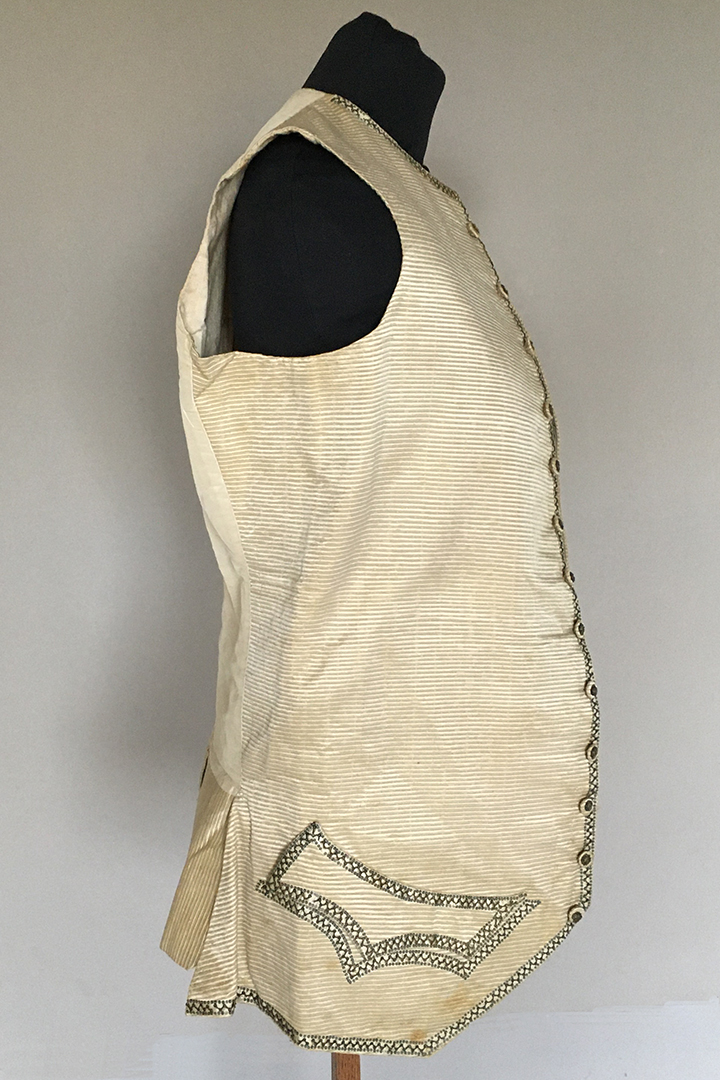 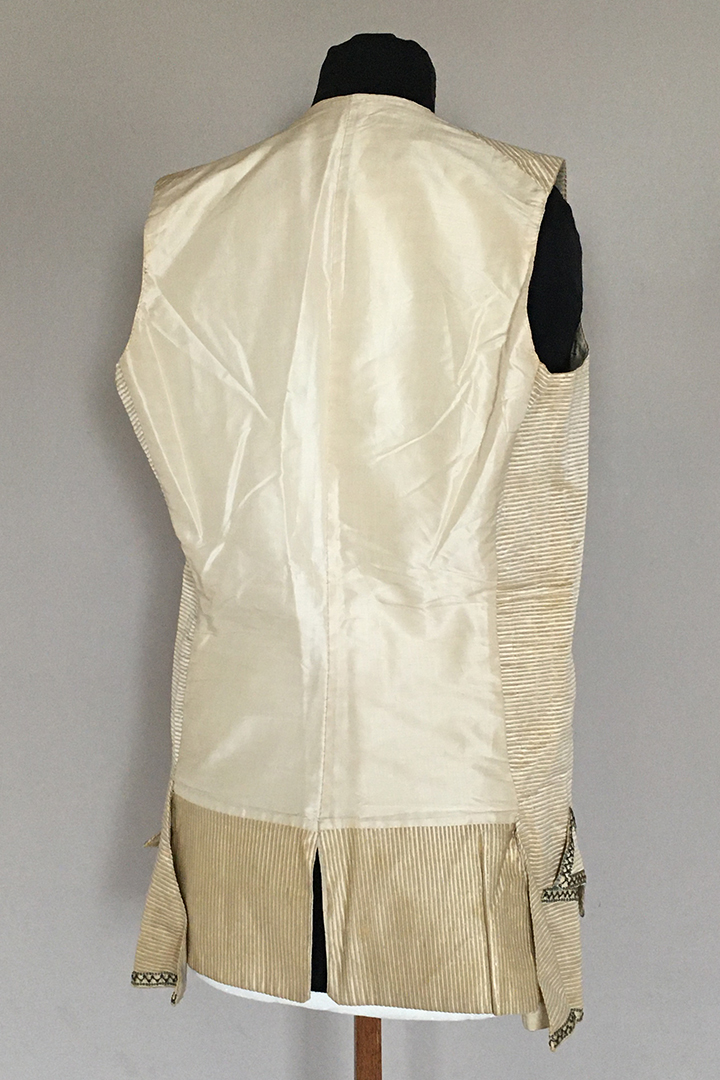 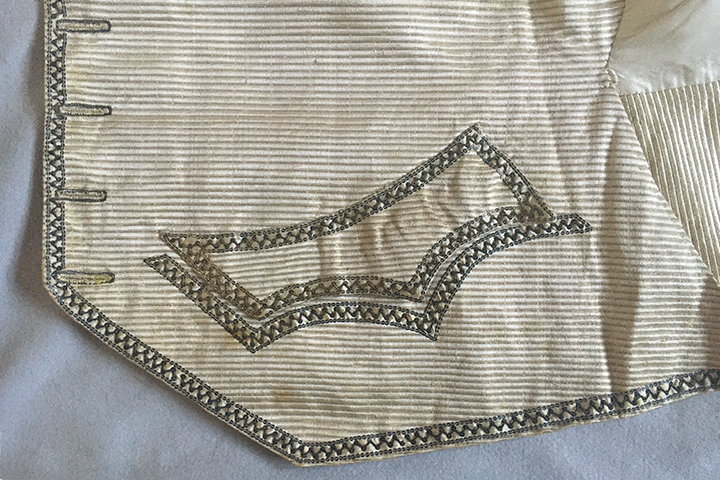 The embellishment on this waistcoat spirals of gold coloured wire strung with silk thread, minute spangles, the brocade woven with silver gilt strips is very accomplished.   The whole waistcoat has a lovely light golden colour and must have sparked by candlelight. To me this is an understated English look. This would have been worn by the son John Anthony.

The silk brocade with very fine horizontal stripes woven with silver gilt strips flanked with decorative minute yellow silk design, interspersed with horizontal silk, the waistcoat narrow borders with zig zag silver gilt coils threaded with silk and caught with minute spangles, between rows of overlapping spangles, the shaped pockets similarly adorned both on and below,  the round neck with thirteen buttons covered with same brocade and embellished with flowers made up of overlapping spangles and coiled wire, the buttonholes worked in silk and outlined with silver wrapped silk couching, the back of twill weave ivory silk, the lower of same brocade, lined with similar ivory silk  the the facings and skirt section, the back in cotton.

Front right hand side as you look at the waistcoat below the pocket. There is a small 1 cm dia light yellowish mark and another just on the lower trim of the pocket to the left. The left hand side has similar sized small marks, but slightly darker, near the lower edge  2 cm dia and one smaller. The lining has all over pale orange spotting  to the cotton.