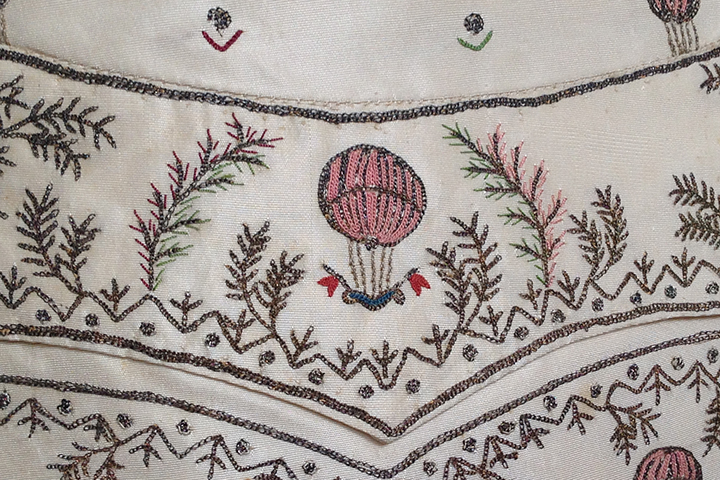 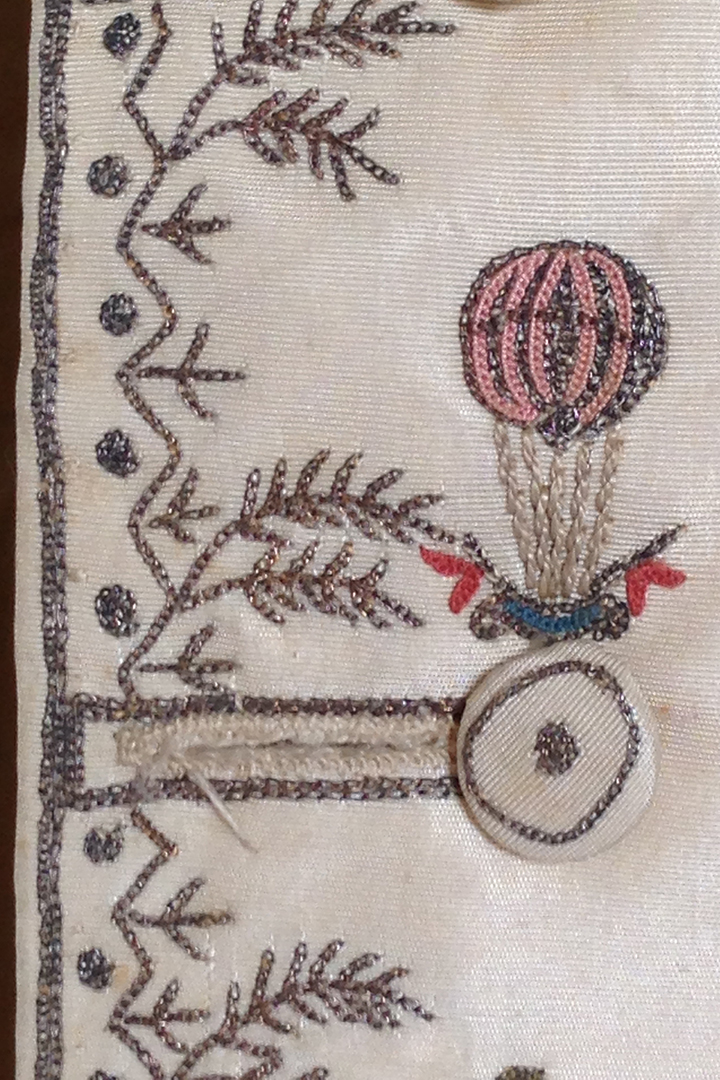 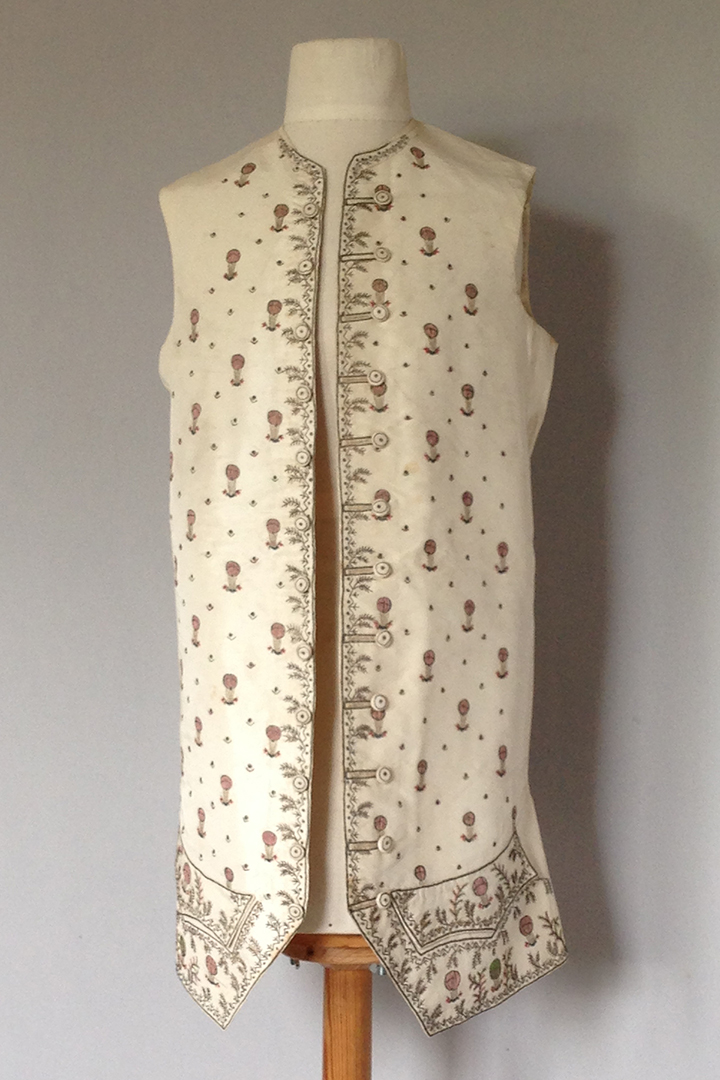 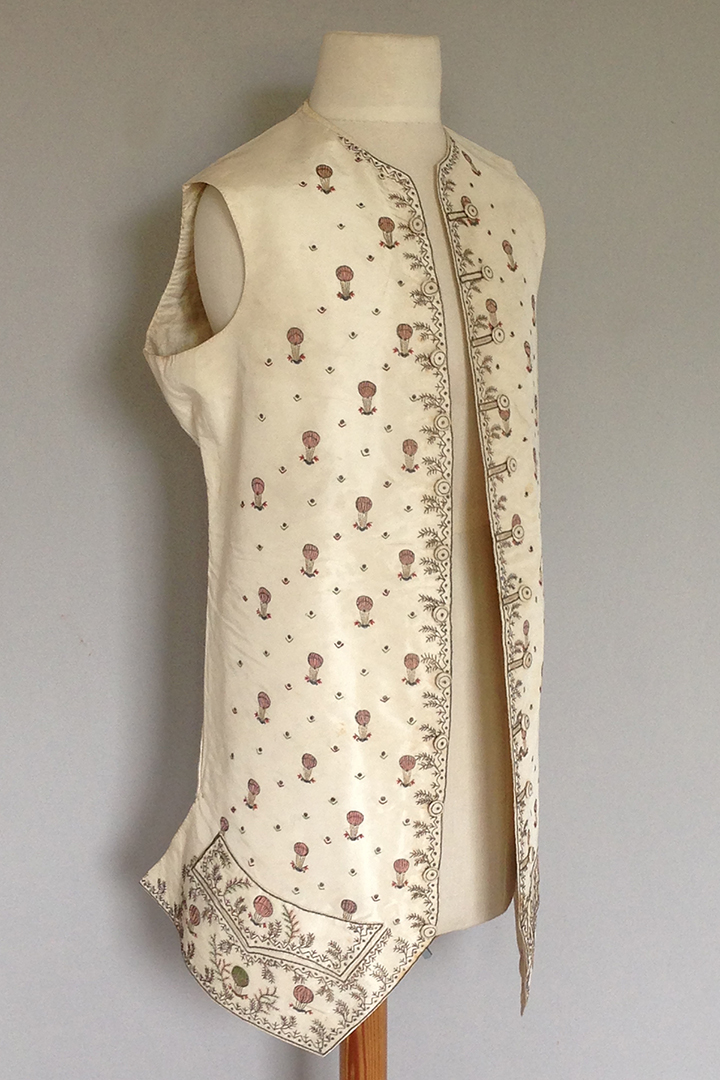 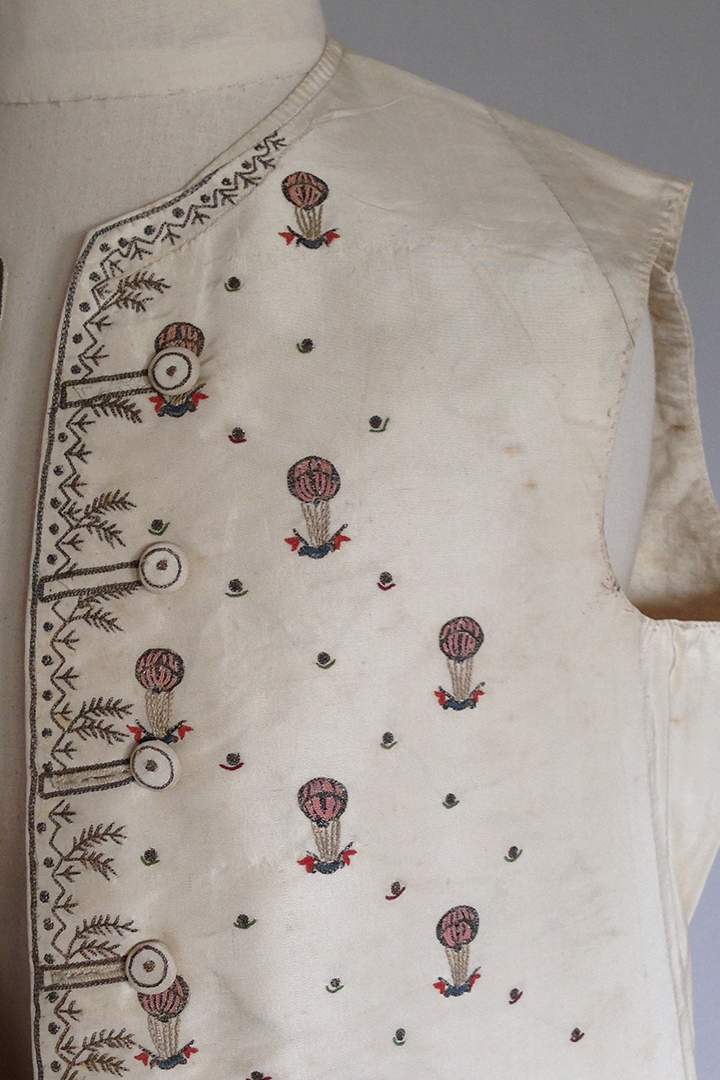 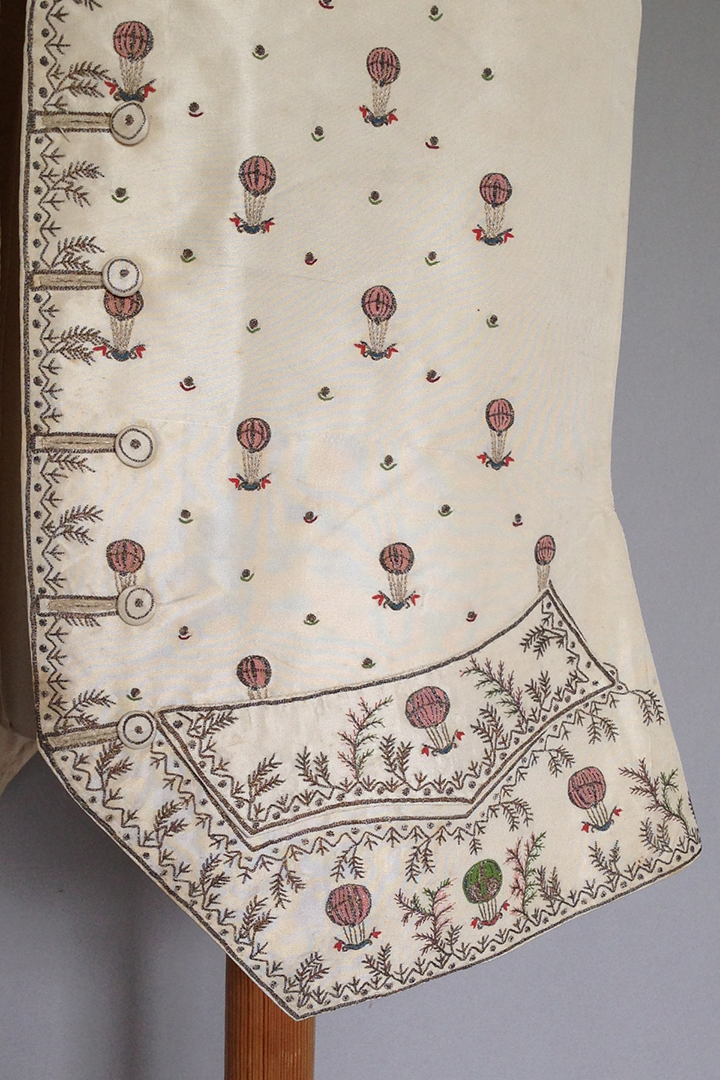 Clearly the gentleman who had this waistcoat made was at the height of fashion. What a conversation piece.

The balloon on the waistcoat is not a Montgolfier, but the first hydrogen balloon, created by professor Jacques Charles and les frères Robert,  which took off in Paris, August 1783.
Benjamin Franklin, who was Ambassador to France in 1776–1785,  was an eyewitness and wrote about the event.  This balloon was called ‘Le Globe’, and is round, closed, and is easily recognizable because the two balloonists waved their flags *

Basically very good. There are a few small and slight marks on both fronts. The worst mark is pale tea colour 1 cm to the centre of the right hand side. Ask for photos.

* My thanks to Gieneke Arnolli who is curator of fashion and textiles at the Fries Museum, Leeuwarden, The Netherlands. The museum has a charming woman's jacket printed with similar balloons.

The Musee des Tissus in Lyon has a painted pattern designed to adorn the skirts of a waistcoat representing a Mongolfier air balloon from 1784.