Michael O'Connell (1898-1976) was an artist and designer who produced complex and innovative murals and wall hangings in the 1950s through to the 1970s. He was part of the Modernist Movement in Melbourne, Australia, and later a key figure in contemporary design in Britain.

Born in Dalton-in-Furness, Lancashire, he later moved to Newcastle-on-Tyne. His Irish father Patrick was an Inland Revenue official and his mother, Mary, a headmistress at a Roman Catholic school. At 12 O’Connell was sent to an Irish boarding seminary. He left in 1916 and joined the 2nd Royal Dublin Fusiliers Regiment serving on the Western Front.

After WW1 when he was taken prisoner, O’Connell chose to study agriculture, which he did not enjoy and left soon after starting. His mother Mary, paid for a passage to Australia in 1919, where he enrolled at the experimental farm school at Wagga Wagga in New South Wales.  He did not enjoy the course and left to develop his artistic skills. He produced watercolours and photographs and exhibited them at the Athenaeum Gallery, Melbourne in 1922 and 1928, where they sold well. Moving to Melbourne he worked as a landscape gardener and was well known in artistic circles. In 1924 he met Ella Moody, nee Evans-Vaughan (1900-1981) an embroiderer and print maker, who was secretary to the Arts & Crafts Society of Victoria.  The same year he built a concrete block house/studio Barbizon in Beaumaris in Victoria, New South Wales, later an artist’s colony.  The house was written up in design journals, which also mentioned his concrete garden furniture business. At this time his work was selected for the British Empire Exhibition in Wembley, London in 1924, together with fellow Australian artists from Victoria.

In 1929, O'Connell and Ella left for a six-month trip to England and Italy, where he studied old masonry. On his return he exhibited his concrete garden furniture with the Arts & Crafts Society of Melbourne. The couple collaborated in the production of hand-printed textiles, using Australian-inspired designs. O'Connell learned the techniques of cutting and hand block printing linoleum from Ella, and throughout their partnership she did much of the design and production work on the hangings and dress fabrics.  It is thought he was inspired after he visited the Grosvenor School of Art in London, founded by printmakers and linocut artists, where his Australian friends Eveline Syme and Ethel Spowers were pupils. He probably visited the small craft and design shops such as Muriel Rose's Little Gallery and Elspeth Little's Modern Textiles, where he would have discovered the textile printing of Enid Marx, Phyllis Barron and Dorothy Larcher.

O'Connell married Ella after her divorce in 1931, and they both left for England for an extended stay in 1932 to 1933.  Ella assisted Michael with both the concrete garden furniture and the textile printing business. Work went well and in 1935 they had printed 6,000 yards of linen using specially formulated resists and dyes which were painted and piped onto mordanted fabric, then the whole work, once dry was dyed. Solo exhibitions in Australia followed and articles on hand block printed textiles were published.  O'Connell's Modernist printed textiles were very popular and by now he saw himself as a decorative artist. He started a mail order business as well as exhibiting at the annual Arts & Crafts Exhibitions. A interior decorating business, in association with Cynthia Reed and Frederick Ward was established in Melbourne.

In his 1934 History of Australian Art, art critic and historian William Moore wrote "As a master craftsman in the production of hand block-printed textiles, curtains and fabrics, Michael O'Connell ranks among the best artists in Australia. The range and variety of his designs show that he has rare powers of invention; and his sense of colour if very evident. One gets more stimuluis from a display of his fabrics than from many an exhibition of pictures...." 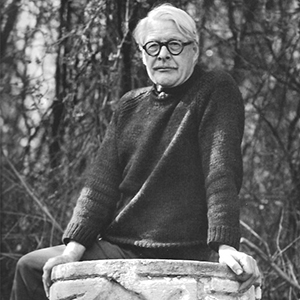 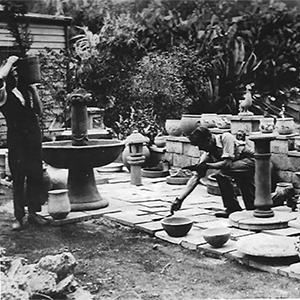 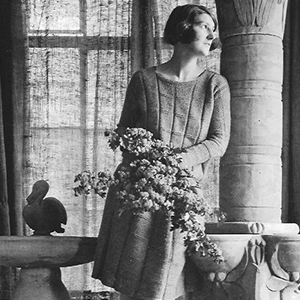