My acquisition of six Dutch skirts and a bodice made from rare eighteenth century Norwich woven woollens or stuffs has prompted this short essay to address a number of questions about the destination and use of this significant class of textiles.

It is known that during the eighteenth century weavers in Norwich, and across the east of England, produced wool damasks and other stuffs in considerable quantities for furnishing and dress which were exported via London to Europe and the Baltic. Pattern books and a few garments made from Norwich’s staple woollen textiles can be found in the UK and as far afield as Sweden, Norway, Germany, Spain, Italy, Portugal, Holland and the USA.

During the 18th century rich merchant’s wives in northern Holland wore woven wool damask or damast made into skirts and bodices. Their husbands had Norwich damasks made into dressing gowns and waistcoats. The areas where the Norwich stuffs were traded and most worn appears to be Friesland, the northernmost Dutch province, and North Holland, the province stretching from Amsterdam northwards.

Worsted woollen stuffs were woven on looms in and around Norwich with a cloth width of 15 to 18 ½ inches (39 to 47 cm) and a pattern repeat of 19 to 39 inches (49 to100 cm). The lengths mentioned are between 26 and 32 yards (23 to 29 metres). The fabric was woven with a mirror image on the reverse of the fabric. Large motifs can be seen on fabrics from the late seventeenth century in Italy, Spain, France and England and used into the eighteenth century on furnishings, clothing and ecclesiastical apparel. There was no great difference between furnishing and dress fabrics at this time; they appear to have been used interchangeably. The only known length of Norwich wool damask used for furnishing purposes is in the Rijksmuseum in Amsterdam1. During medieval times Norwich was the second city of the kingdom, deriving its wealth from the textile industry. During the first half of the eighteenth century Norwich paid more in taxes than any other city, apart from London. Several waves of immigrant weavers called 'aliens' or 'strangers' were brought from the Low Countries, from Flanders (the Dutch and Walloons) during the sixteenth and seventeenth centuries to enhance production and design in Norwich. 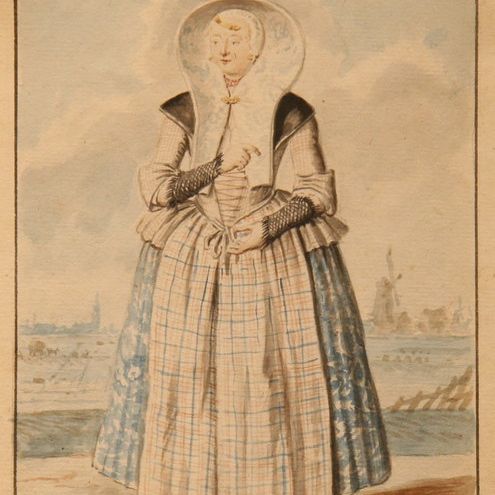 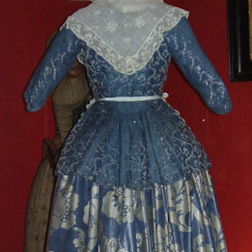 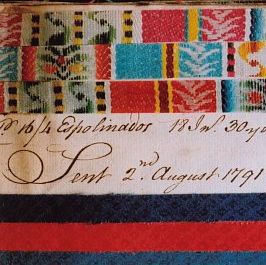