It was Thomas who gave Elizabeth some strands of tussor silk and asked her to devise a new form of embroidery, hoping to encourage needlewomen to use his silks. The dyes produced were near colour-fast, clear soft and bright tones, Art Colours’ which were a great contrast to the harsh shades of aniline or chemically dyed wools used in Berlin woolwork. It was Elizabeth’s skill in blending the colours which was such a feature of Leek Embroidery Society pieces. Elizabeth and her gentlewomen embroidered secular and religious pieces with the Indian tussor floss silk skeins onto a tussor printed silk ground, the pattern acting as a transfer. Thomas had the silk printed in India to his own designs, in turn influenced by Indian designs. Damasks, brocades, silk plush and velvet, all dyed in Wardle’s works, were all used for backgrounds.

Embroideries could be purchased as kits, complete with floss silks. A small section of the embroidery would already be started, so the purchaser could copy the stitches. Cushions, chair backs, curtain borders, firescreens and handkerchief bags were all produced in the School’s workshops and sold as finished products.

Artist designers of the day, such as William Morris, Walter Crane and architects including John D Sedding, Norman Shaw and George Gilbert Scott who were designing churches, employed the Leek Embroidery Society to embroider church vestments and altar cloths.

The Society’s work was in demand until around 1900 and was sold in Wardle’s shop in New Bond Street, William Morris’s shop in Oxford Street, Liberty & Co in Regent Street and at Debenham & Freebody, off Oxford Street.

In 1881 the Society instigated an exhibition at the Leek Art School with the director of the South Kensington Museum (later to become the Victoria & Albert Museum) presenting the prizes. The work exhibited consisted of their ecclesiastical work as well as fifteen items of secular embroidery. Morris & Company and the Royal School of Needlework also sent examples of work for the exhibition, signifying the acceptance of art needlework as a legitimate artistic medium and not just a hobby for leisured ladies. 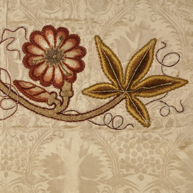 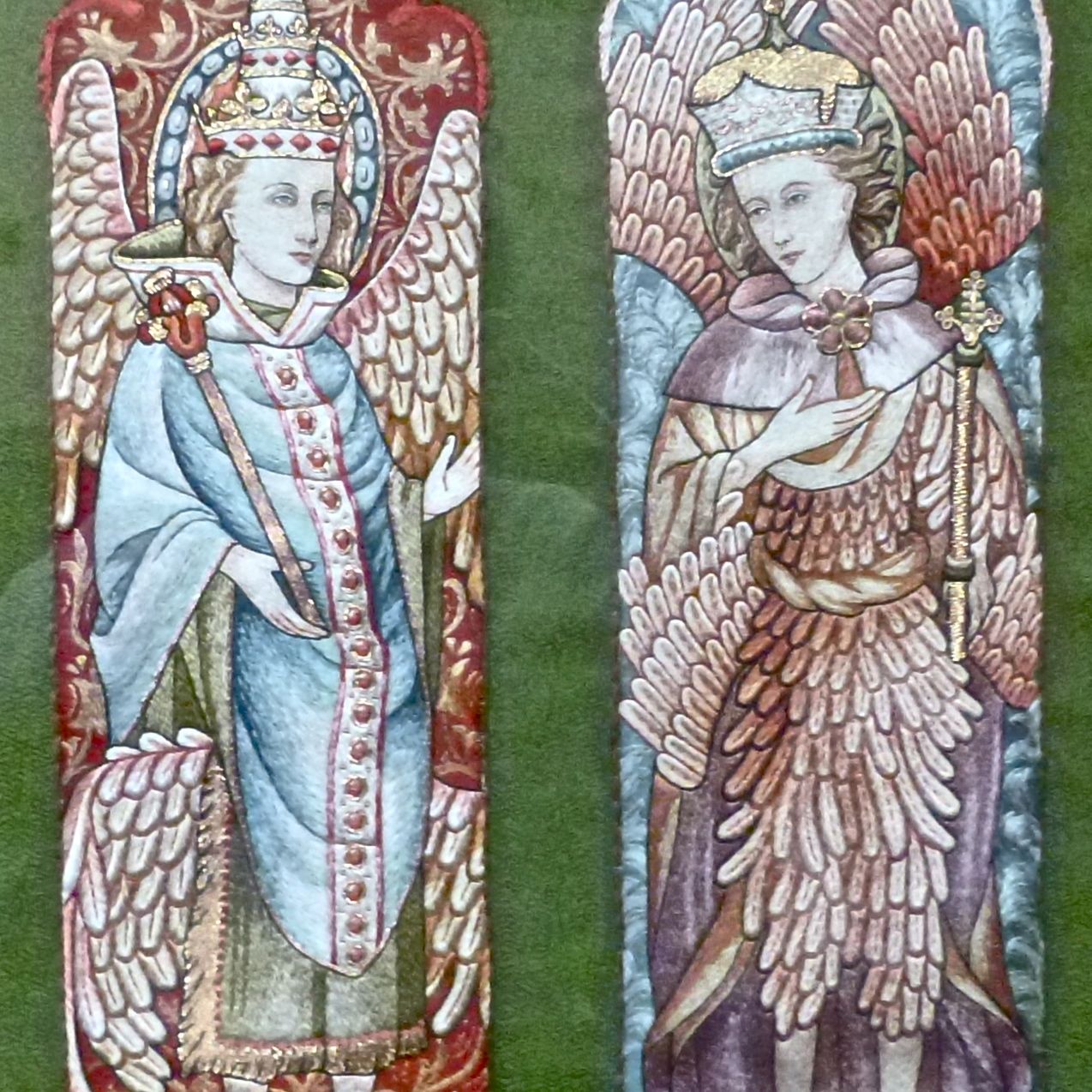 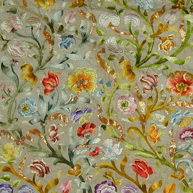