Sleeve bands come in a variety of fabrics and techniques. Silk damask, plain satin or silk are the most usual grounds. Silk gauze worn in the summer or cut velvet worn in the winter and woven silk kesi are less common. Many bands combine the stitch and background fabric to clever effect, such as the pair on silk gauze grounds. When the bands were sewn to the robe, a plain silk gauze would be used for the backing, this giving the effect of egrets wading amongst lily pads and lotus flowers in water. This effect of water silk was achieved by placing the fabric between heated rollers. The birds do appear to be in water and from a distance they appear to be painted, the counted stitches or minute tent stitches being so fine.

The most prized technique of all Chinese textiles was woven Kesi 'cut silk'. It took much longer to weave silk than to embroider, with the finest pieces of this type of weaving being reversible. Bands worked in this technique are fairly rare and expensive.  When the weft (horizontal) threads were woven, each colour was woven in only where it was required to be visible, with a different bobbin being used for each colour, rather than a continuous thread running across the reverse. Zoom to observe. Each end of silk was then deftly sewn back into that particular colour, to make the work reversible. When a piece of kesi is held up to the light slits can be seen, formed where there is a colour break. The band from my collection has small children at lessons beautifully depicted and in clear bright shades, their features inked by hand. This was common practice during the 19th century when it was quicker to ink in details than to weave.

Sleevebands are embroidered in a variety of stitches. The most usual are satin, split, stem, back and Peking Knots , overlaid and scale stitch. Peking Knots also known as Forbidden Stitch were never actually forbidden by law but probably got this name because they were first worked in the Forbidden City. The fineness of Peking knots varies considerably and it is only occasionally that a really minute stitch is seen. In some stitches two colours have been twisted together to great effect. Couching is where a thread, in this case gold spun round a silk core, is caught down on the surface of the fabric by another stitch, often coloured .

Favorite bands were often unpicked and reused on the next robe, despite sometimes mis-matching the colour of the main garment. 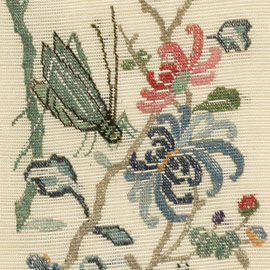 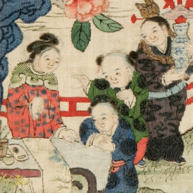 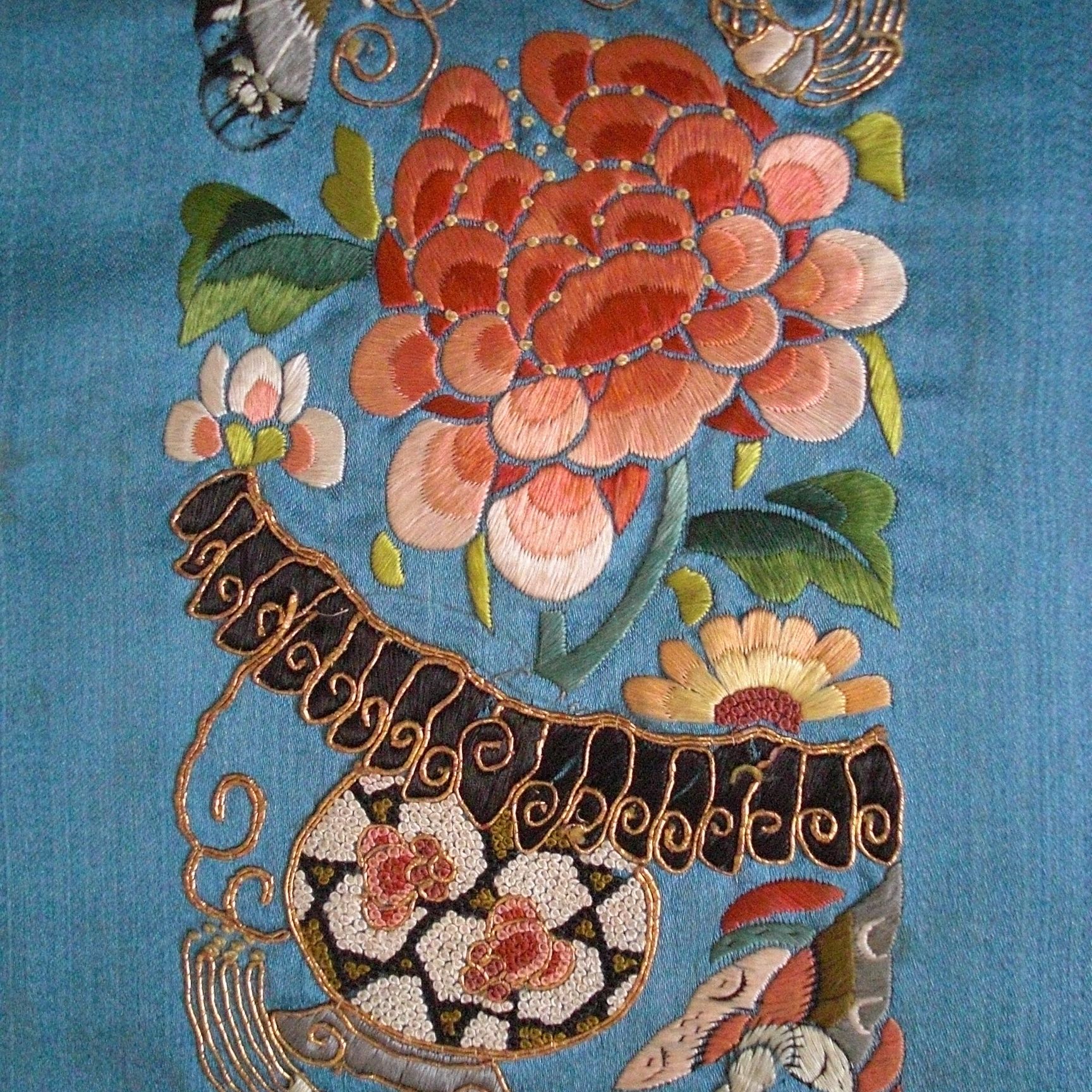