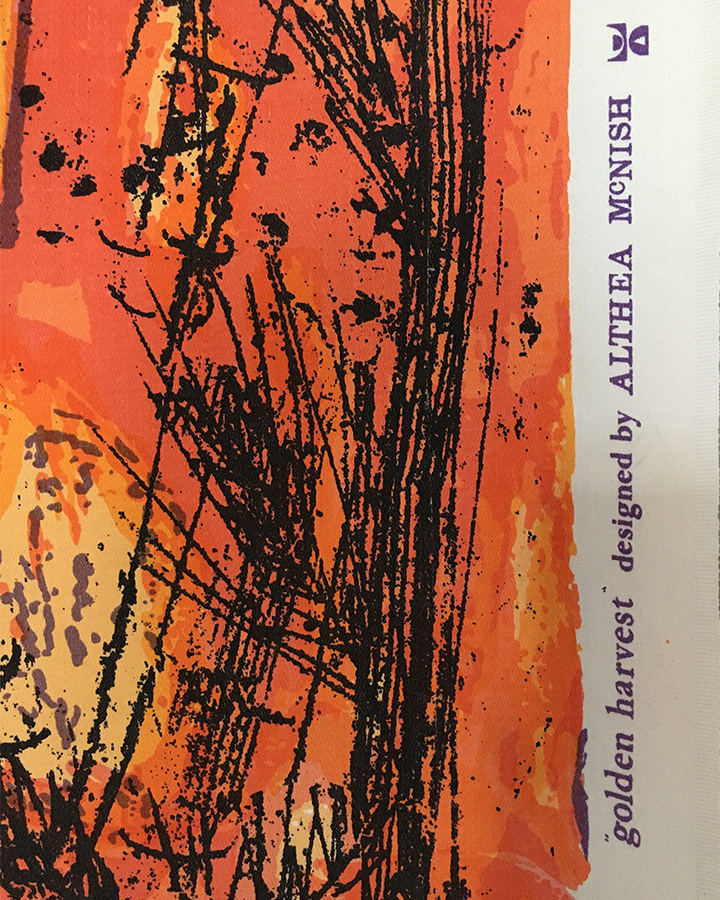 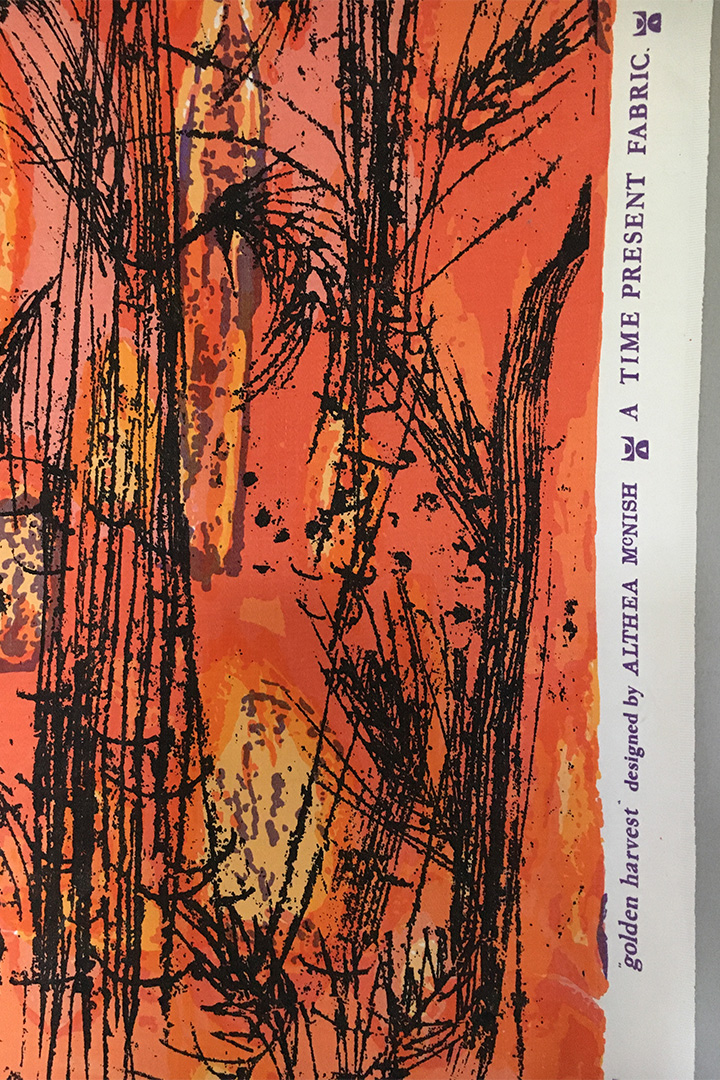 This was one of McNish's first designs to go into print for Hull Traders in 1959,  inspired by the Essex wheat fields  A weekend visit to the house of her RCA tutor Edward Bawden, and his wife Charlotte, inspired the design. In Trinidad, I used to walk through sugar plantations and rice fields and now I was walking through a wheat field. It was a glorious experience......I can feel it now, how the sun was shining down on me and how I seemed lost in the wheat. Nobody could see me!

This design was also printed in a bright pink and orange colourway.

Straight off the roll and unused. Excellent.