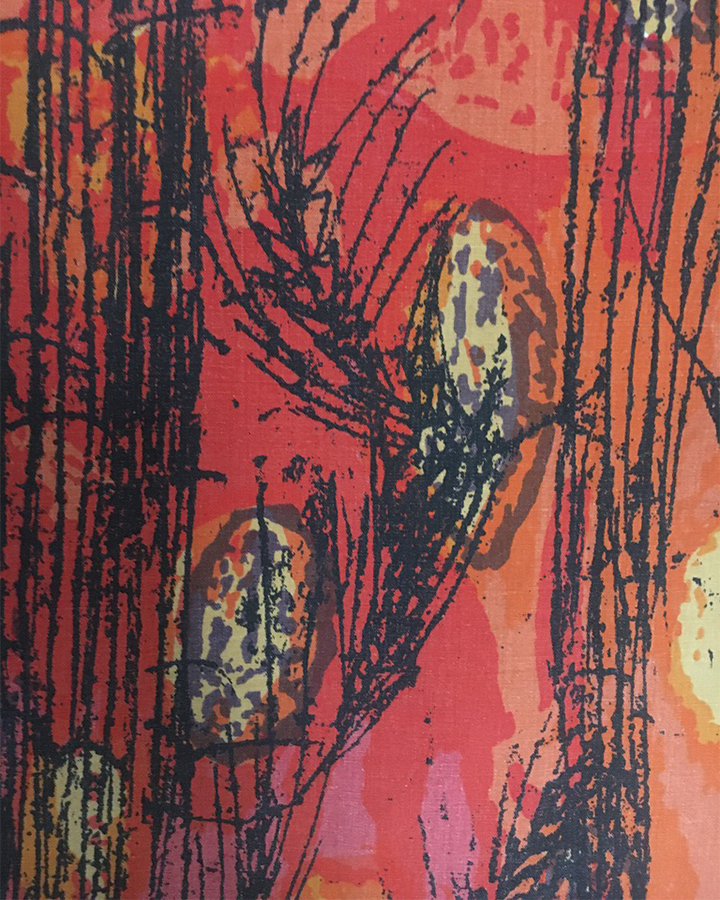 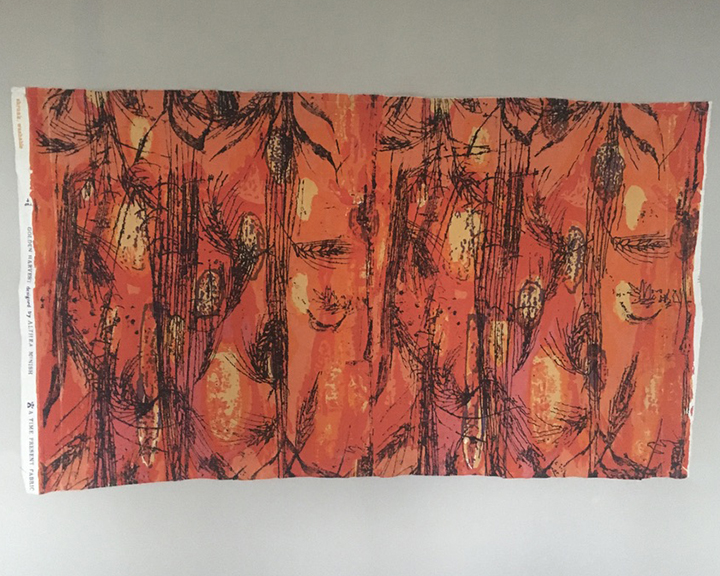 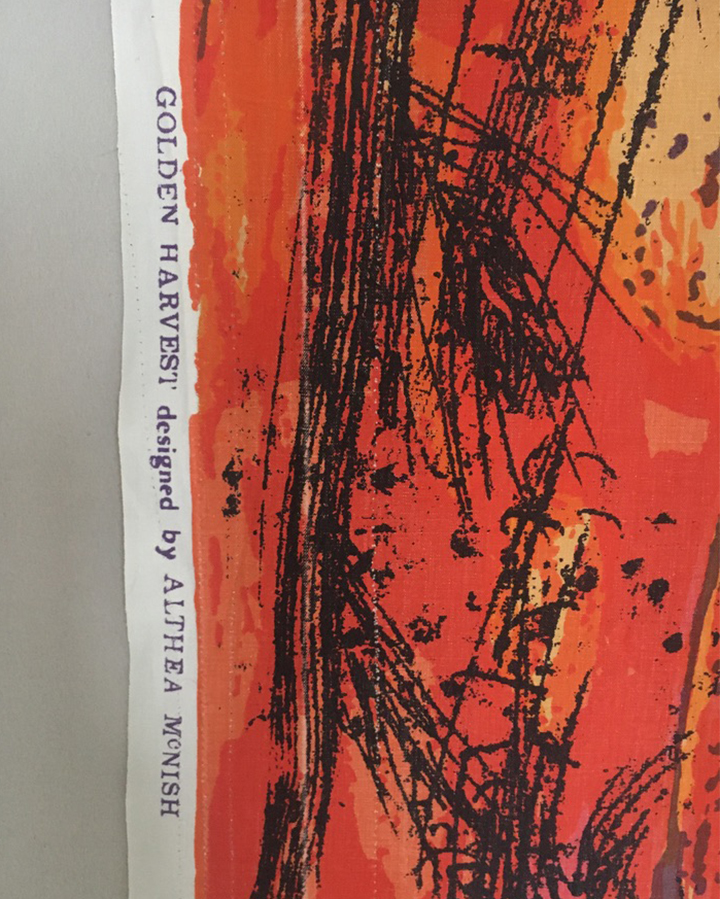 This is only a short length of this glorious uplifting fabric, but it would look good hanging and would certainly lift the spirits. One can imagine the impact Althea's designs had on grey post war Britain.

This was one of McNish's first designs to go into print for Hull Traders in 1959,  inspired by the Essex wheat fields  A weekend visit to the house of her RCA tutor Edward Bawden, and his wife Charlotte, inspired the design. In Trinidad, I used to walk through sugar plantations and rice fields and now I was walking through a wheat field. It was a glorious experience......I can feel it now, how the sun was shining down on me and how I seemed lost in the wheat. Nobody could see me!

This design was also printed in a bright pink and orange colourway.