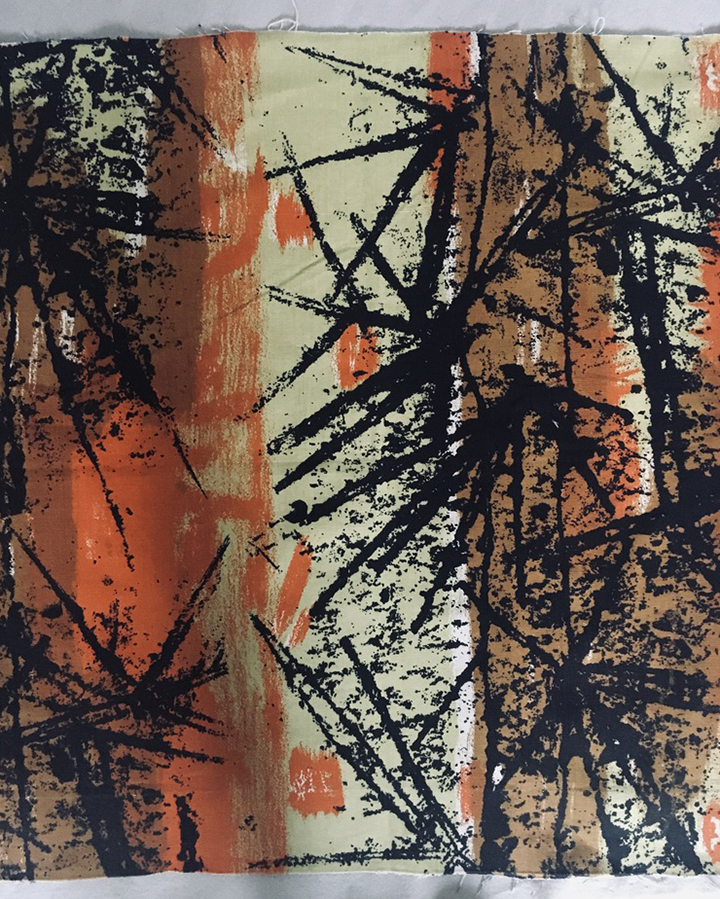 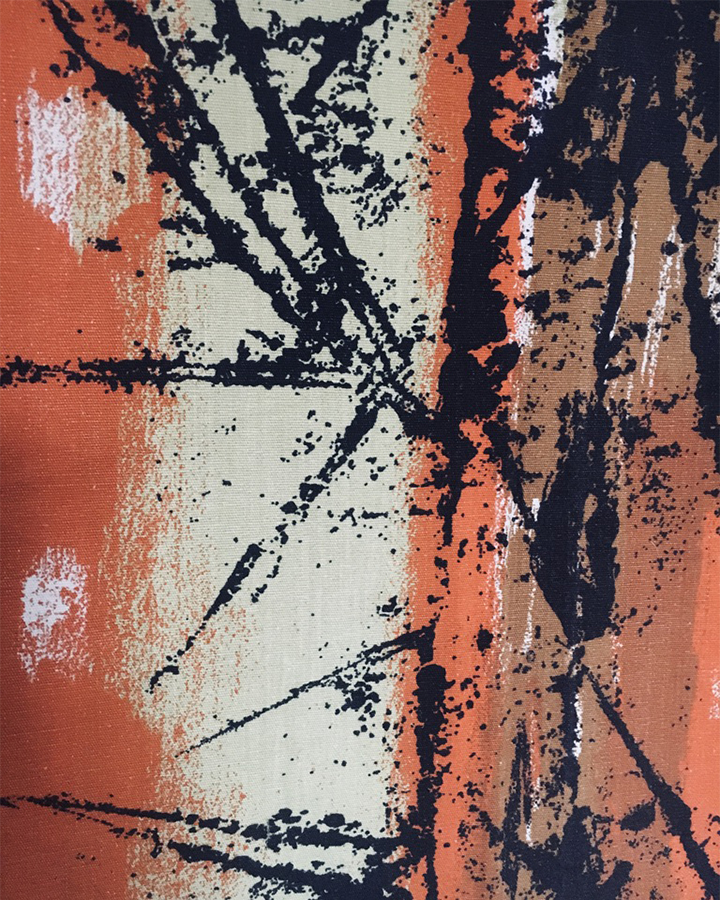 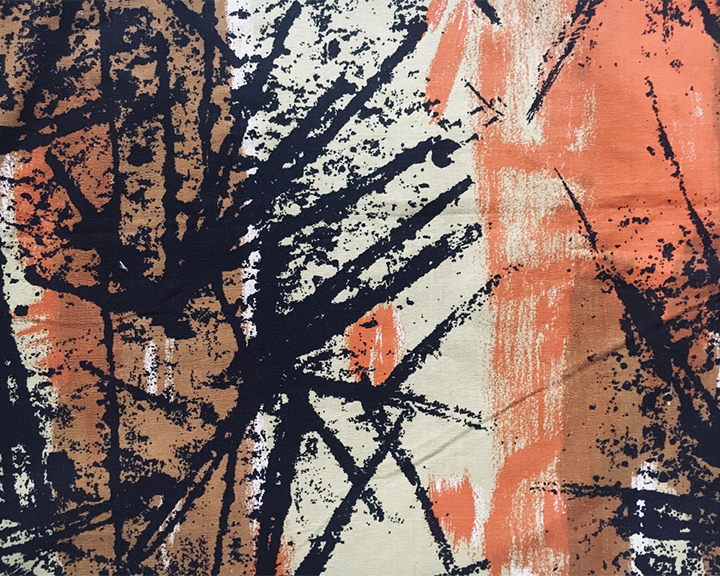 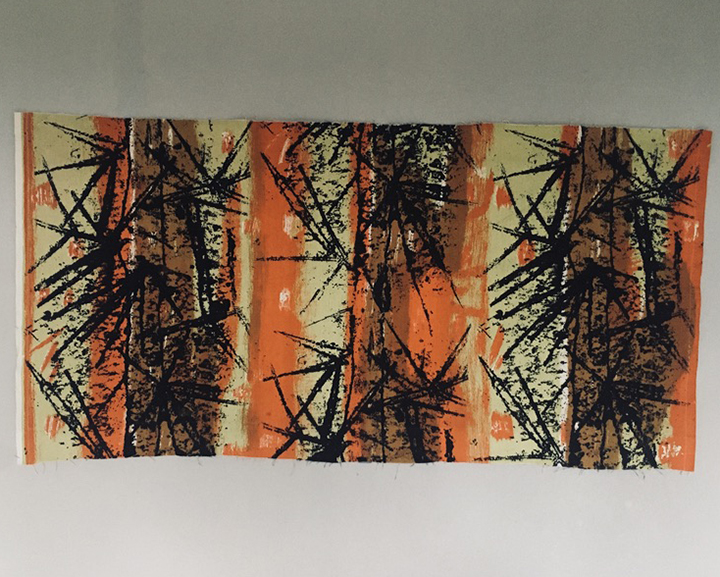 One can imagine the impact McNish's designs had on grey post war Britain. A very nice piece to mount on a stretcher and hang. It will surely brighten up your day!

Born in the Port of Spain, Trinidad and descended from the Merikin settlers (Afro American slaves) who had fought for the British in 1812*.  Her father was writer, teacher and publisher, Joseph Claude McNish and her mother Margaret, a dressmaker.  By the age of 16 Althea exhibited at the Trinidad Art Society and later worked as an entomological illustrator for the Briitsh colonial government. "I had to go into the field and do detailed drawings of insects to help in the sugar and cocoa pest control programme". When she was 18 her father had already moved to London, which probably prompted her to apply for, and win, a scholarship to study architecture at the Architectural Association. Moving to London with her mother she had a change of heart and, instead of reading architecture chose to join a print studies course at the London School of Printing and Graphic Arts (now London College of Communication). She moved to the Central School of Art and Design (now Central St Martin's) where her tutor was sculptor Eduardo Paolozzi. He  encouraged her to concentrate on designing and screen printing textiles. Postgraduate studies at the Royal College of Art and a career as a freelance designer followed.

Orina by Althea McNish. Danasco fabrics. Made in Great Britain. A length in orange, black, lime green and mid brown.

Very good. The left hand selvedge with the writing has been machined under, but could be unpicked. The right hand side is plain and has some machine stitch holes.