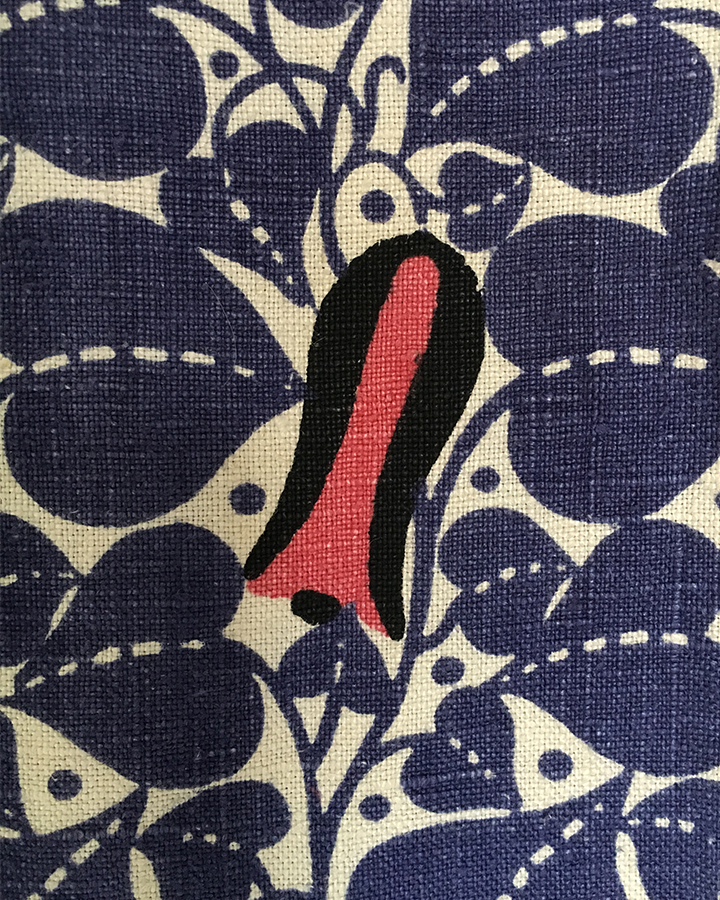 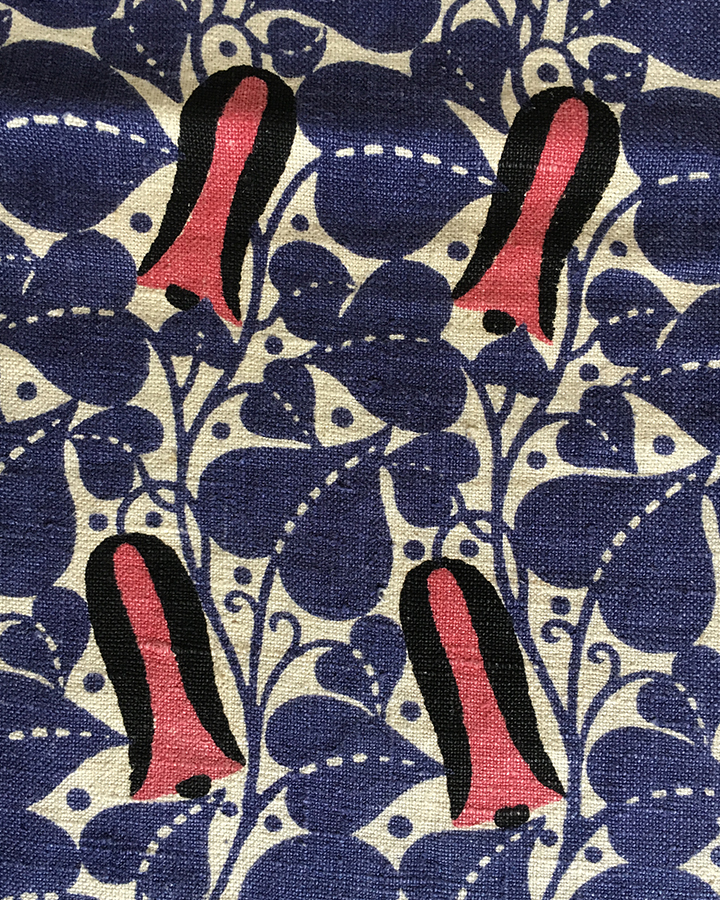 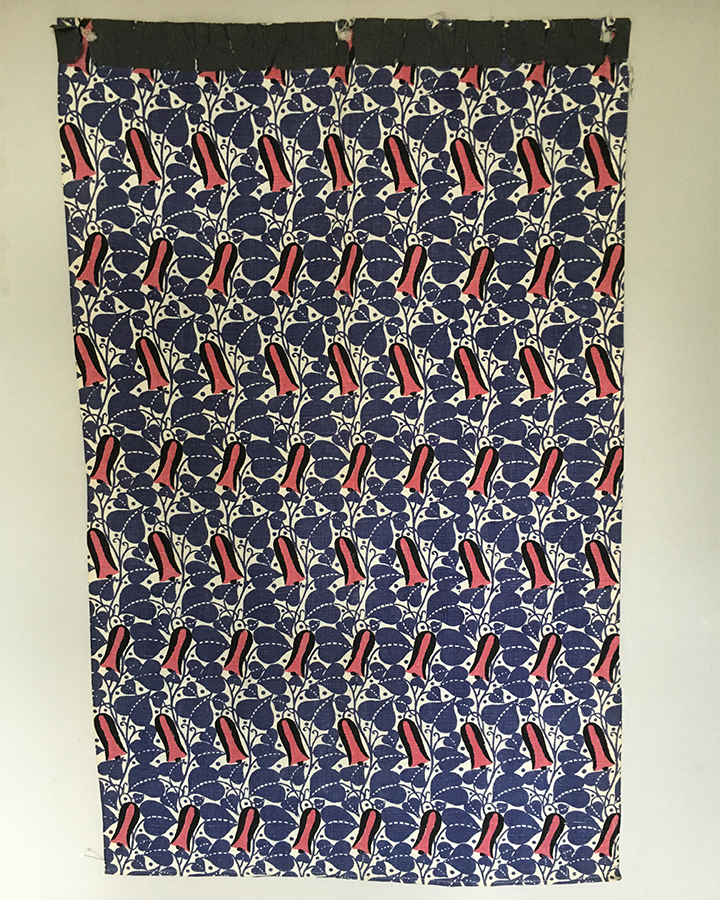 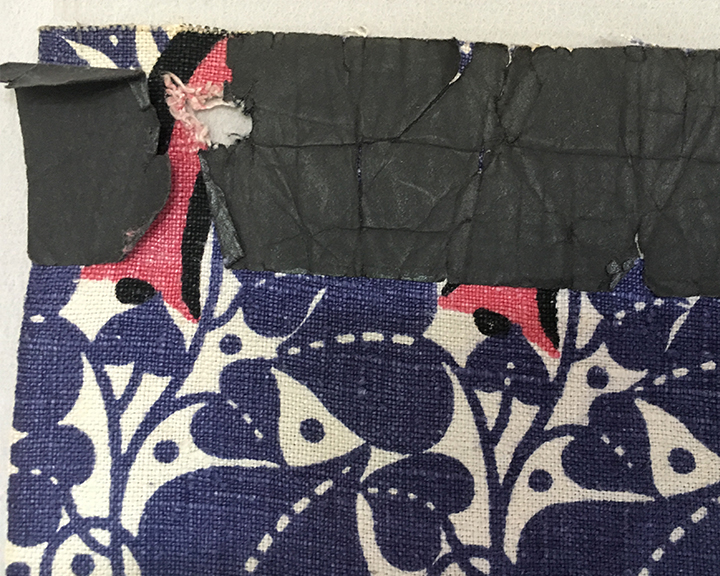 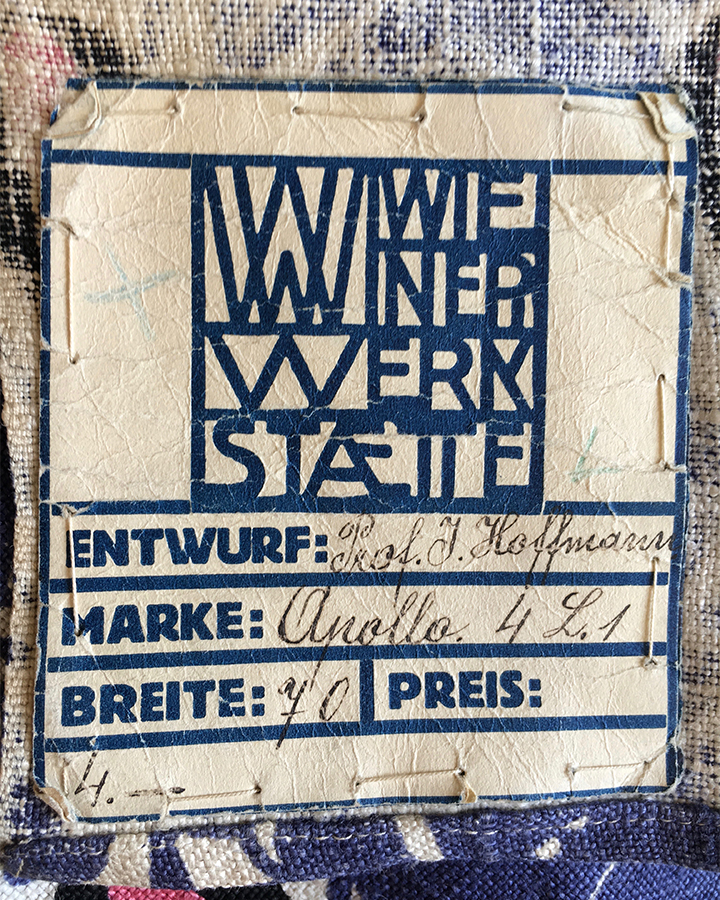 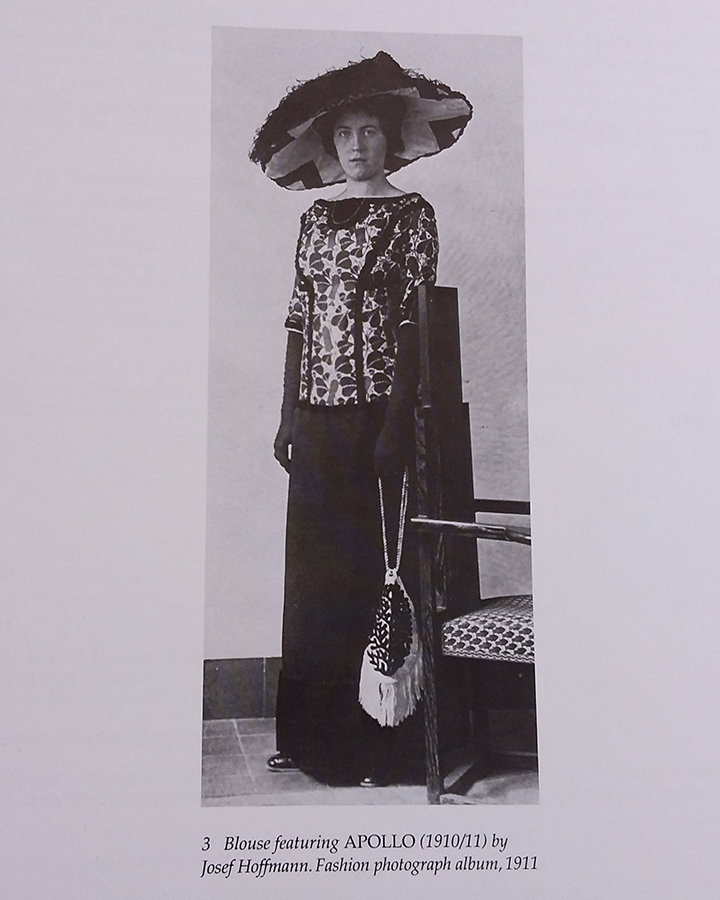 From 1905, the Wiener Werkstatte produced designs for handblock printed linens and silks.  Johann Backhausen and Sohne of Vienna printed and woven the fabrics for the WW but by 1910/11 a fashion and textile division was established, where the WW printed & wove their own textiles. This length does not have the WW monogram in the selvedge. Only one length has the WW monogram and that appears to have had the black paper top removed.  I am rather assuming that as I bought all four lengths at the same time, they came from the same pattern book, and are therefore of same date and were printed by the WW themselves.

There is a 2 in; 5 cm deep black strip across the top of the fabric with three holes, where the fabric would have been placed in a pattern book. The rest of the fabric is in very good condition and has a very nice feel of expensive linen.

This is a heavy weight linen which could be used for upholstery or curtaining.

www.harvardartmuseums.org/art/223689 have an example but in a different colourway and on silk.

The Wofsonian, Florida, USA has a similar piece in five different colourways including this one.   Accession number XB1989.174