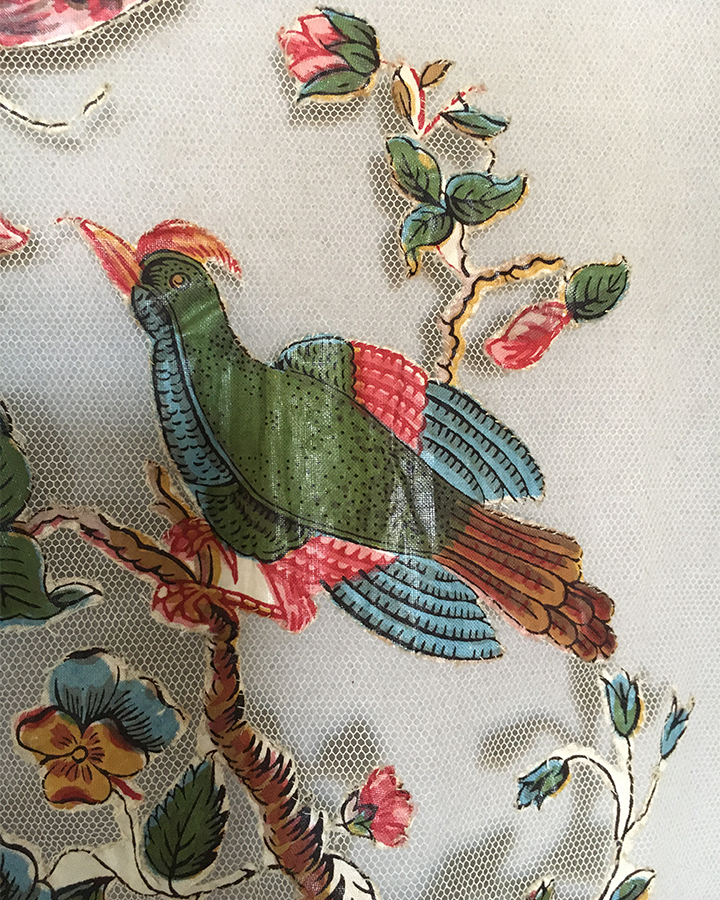 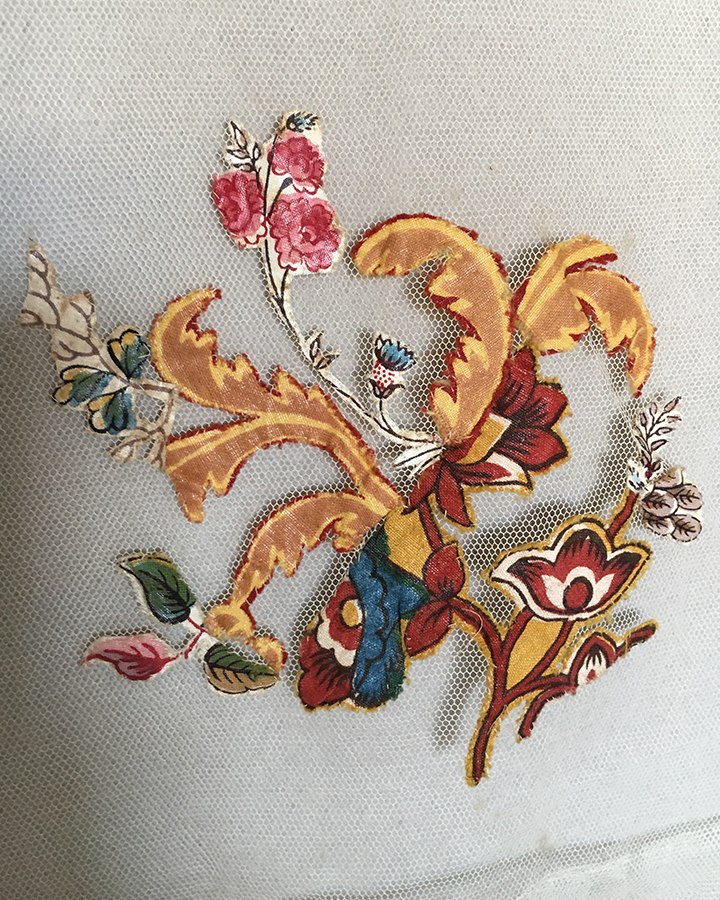 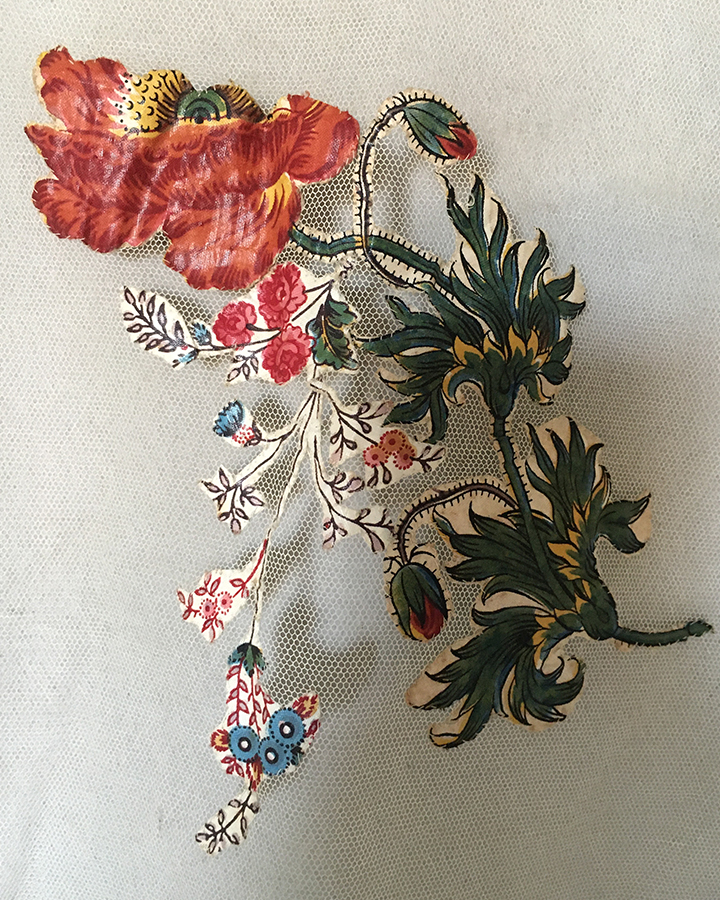 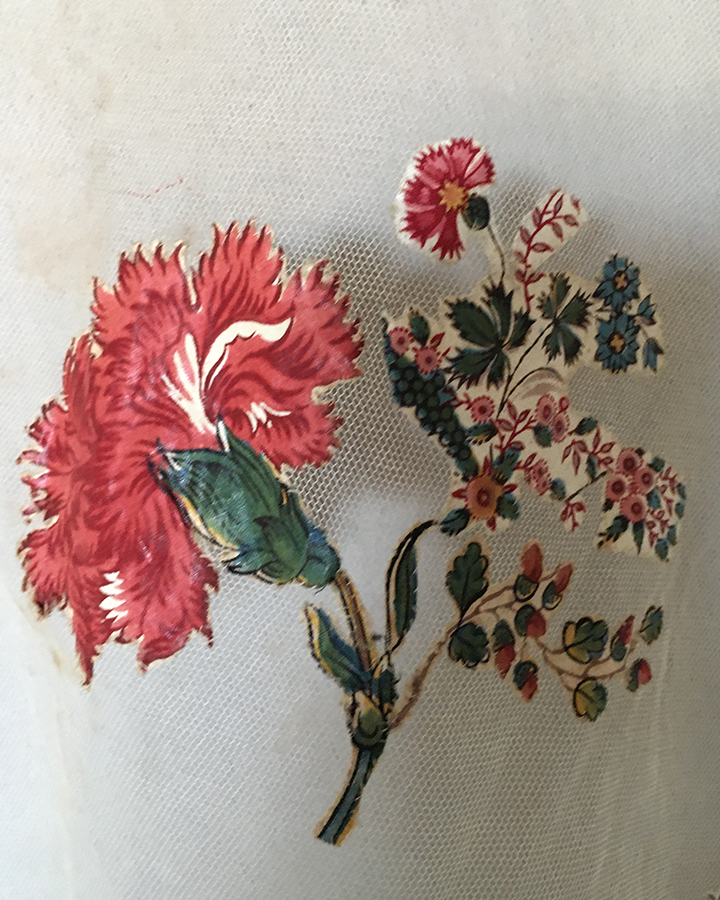 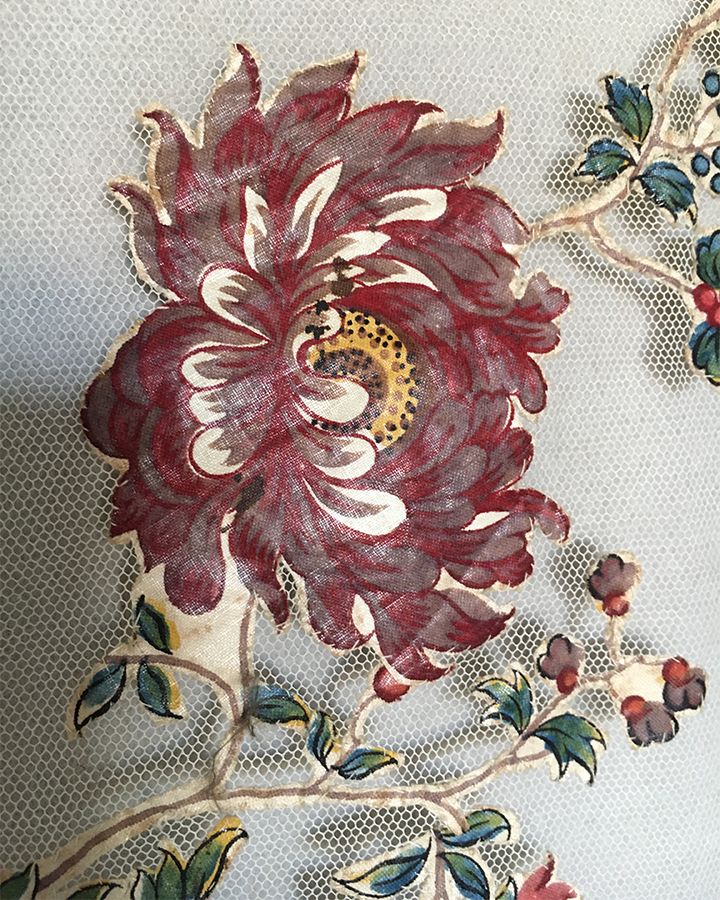 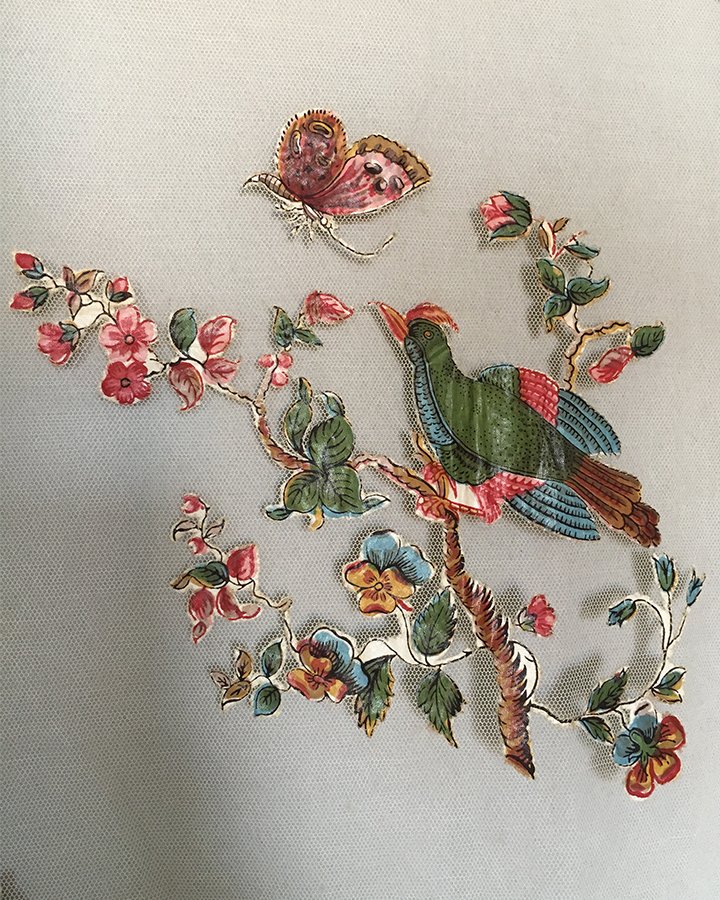 The first chintz or cotton fabric was imported from India with the East India Company in 1600. These colourful washable hand block and pencilled prints were enthusiastically bought for furnishings and dress fabrics, and eventually copied by British print manufacturers. Appliqué motifs for quilts were cut from lengths of glazed furnishing chintz.

Oriental products were often confused ie Chinese products were called Indian and vica versa. I think this is probably why these motifs were called broderié perse (French for Persian embroidery) due to the ignorance differentiating India and Persia. The name was given to this type of work in the later 19th century, when you would have thought there was greater knowledge of the East.  Why these printed textiles were called embroidered I am not sure.

Could these motifs have been cut from a print manufactured by Bannister Hall, near Preston?  They were the leading print works of woodblock chintzes in England in the early 19th century.

The motifs have been imaculately hand sewn to the net stole, but could easily be removed.

Nineteen motifs hand block printed and glazed cotton with a exotic bird perched on a leafy branch surrounded by flowers including violas, below a butterfly, other motifs include sprays of flowers including poppies and pnks, all different, hand stitched to a machine net ground.

The motifs are all in very good condition. The net is torn to the very left hand side 2 1/2 in; 6 cm and has some brown (damp) markings to the nets double thickness edges.

From the United Kingdom to o the United States: The Evolution of Chintz Appliqué Quilts by Carolyn Ducey. Quilt Studies. The Journal of The British Quilt Study Group . Issue 11 - 2010