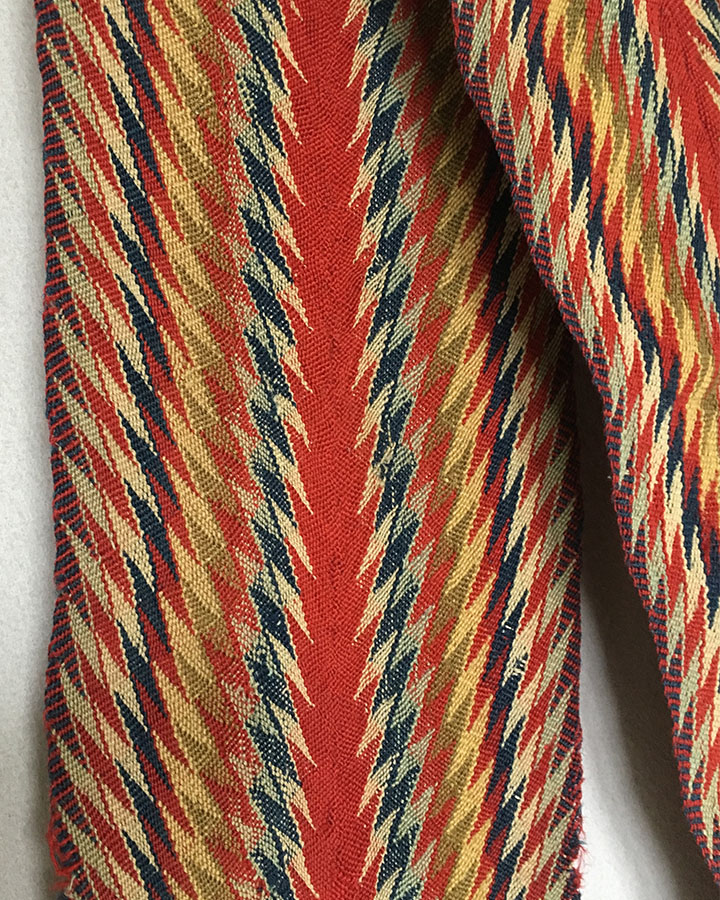 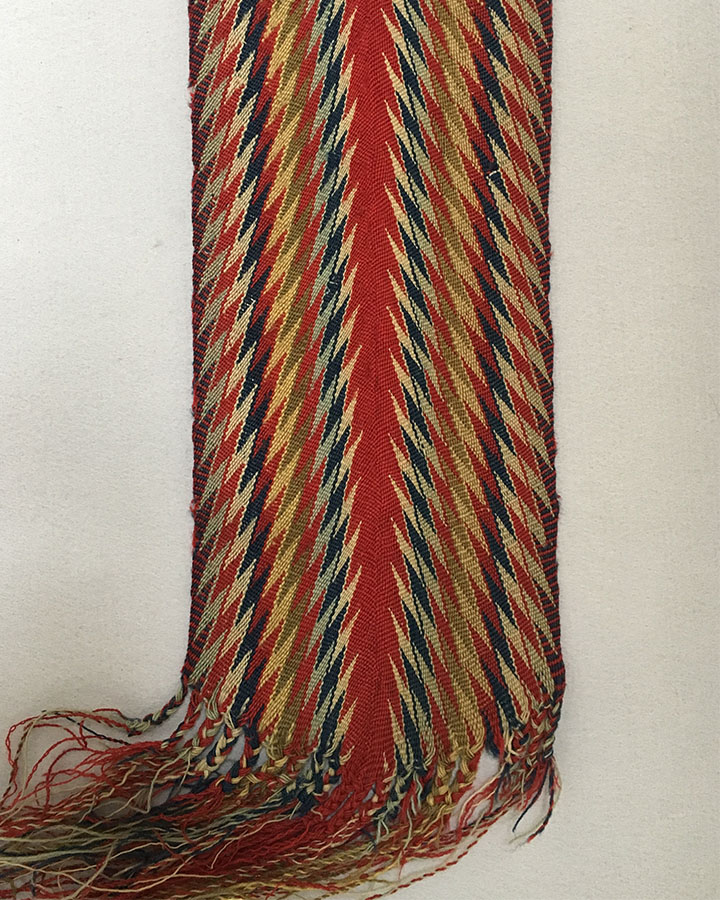 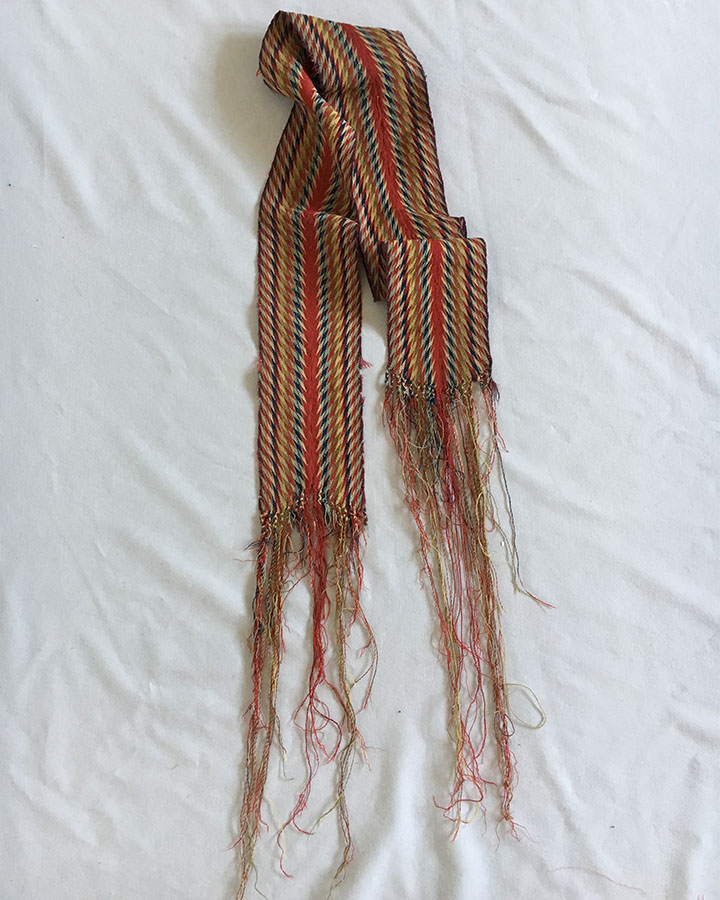 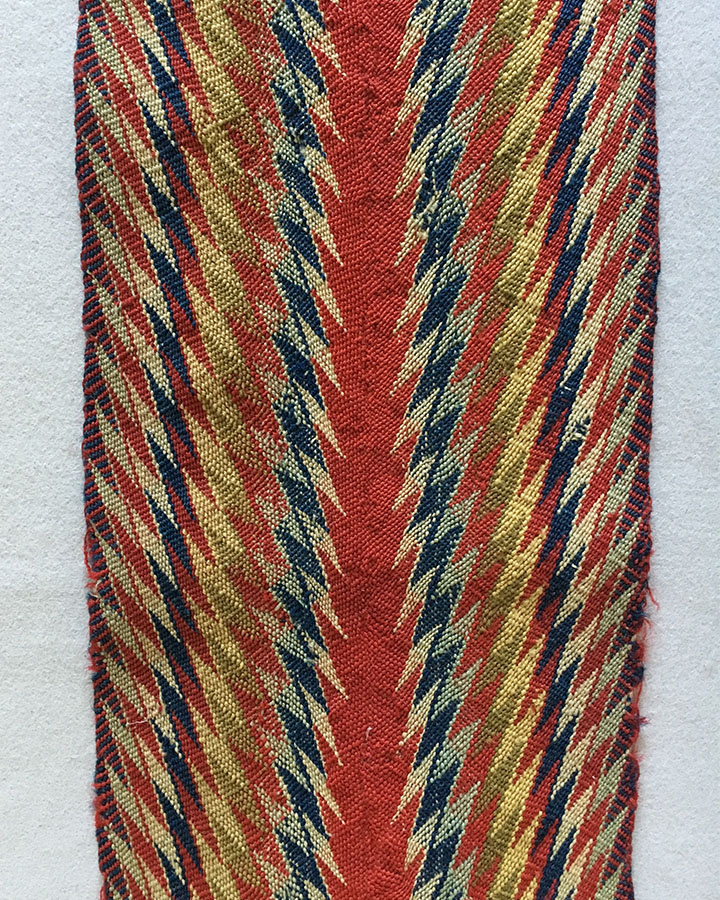 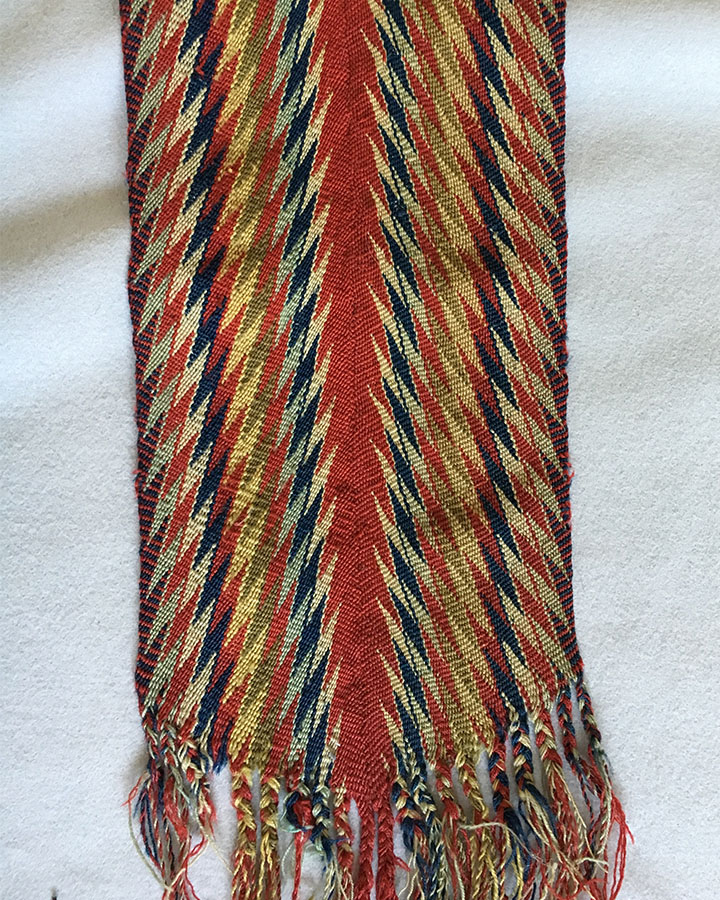 The Ceinture Flechée (arrow) sash or L'Assomption sash is from Assomption, Quebec. It was plaited using a finger-weaving tecnique common in the Americas but not known elsewhere. Most likely the French settlers copied the technique from the Iroquois tribe*. Fur traders of the North West Company and the Hudson Bay Company wore these sashes to keep draughts from jackets and breeches, supported their backs during heavy work and were also to hold items, like a pouch. The colours used are mineral and vegetable.

The centre body of the shawl is in very good condition. The sides have some minor breaks. As you will see the fringes are in poor condition.