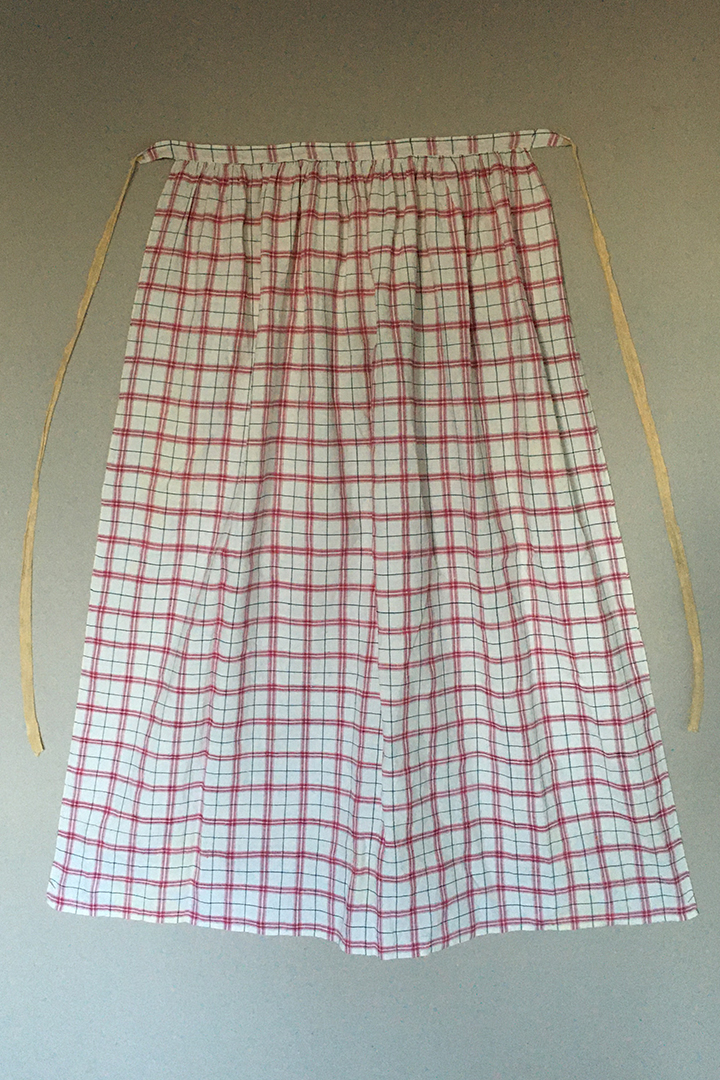 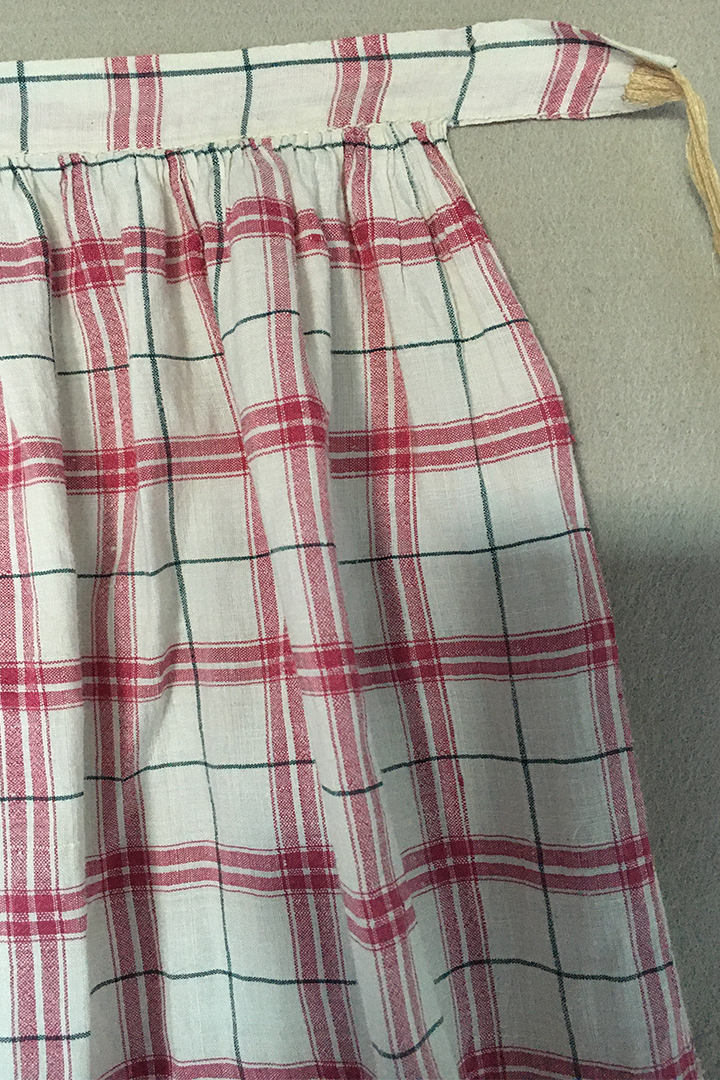 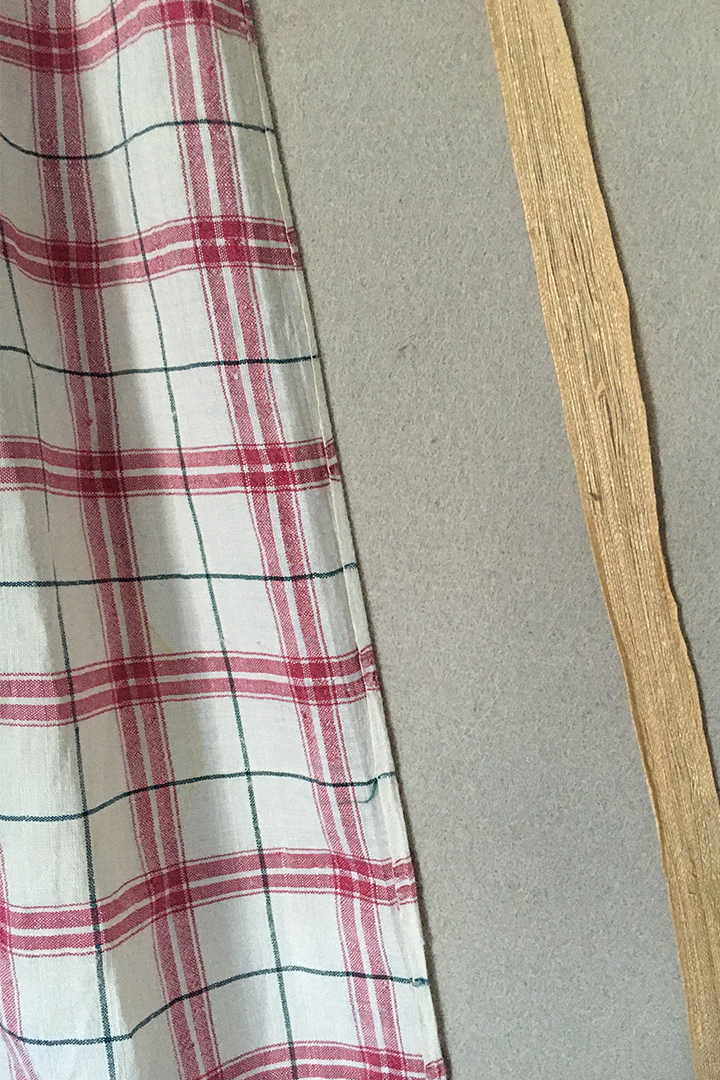 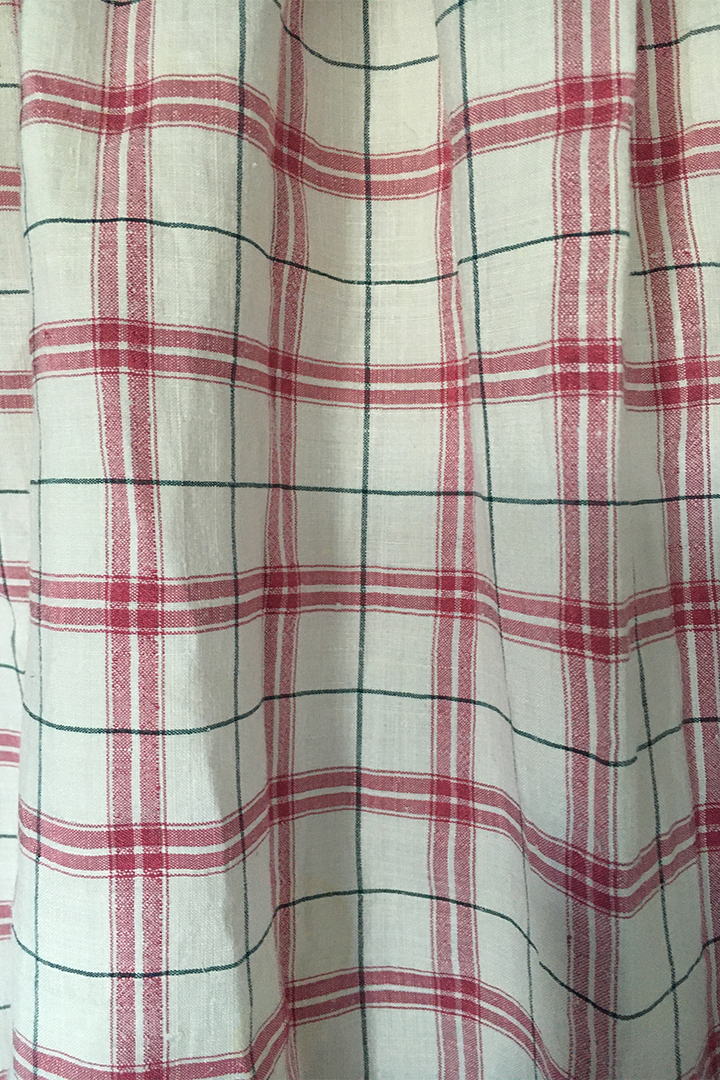 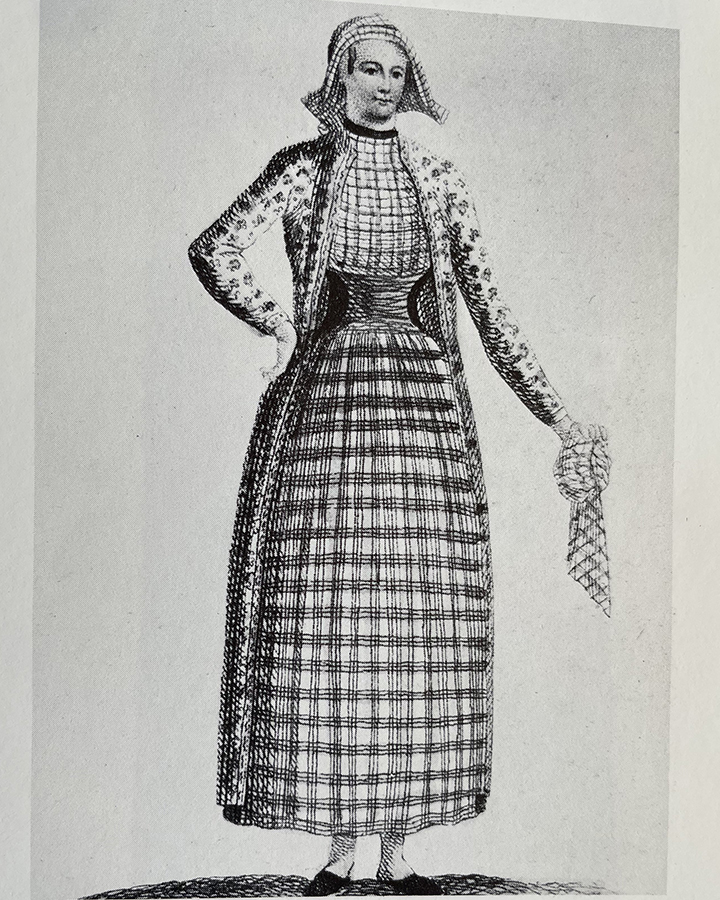 We think this is a Madras woven silk and cotton fabric produced for the export market, imported into The Netherlands where it was made into this apron. It is unusual being of a silk/cotton mix and therefore would have been more expensive than a basic cotton. The silk ribbon ties are of eri silk and definately Indian.

In the 17th and 18th  centuries the Dutch East India Company began importing many textiles from India. Apart from the hand painted chintz arriving in the Netherlands many other cotton fabrics arrived. One such fabric was a plaid/ check. The crude cotton versions were re exported to Africa where they were used to barter for slaves.The finer silk/cotton quality remained  in the Netherlands.

The north east region of Friesland especially admired these imported good and particularly the sea town of Hindeloopen, where these textiles and soon became part of their unique regional dress. Each of the various check designs was given a name.

Those who could not afford the expensive imported hand painted chintzes could afford the less expensive imported exotic check fabric.The checks were made into a number of accessories, such as handkerchiefs, fichus and as we have here an apron.
Such was the demand for such fabrics that the Dutch began to produce their own check fabric, but at this time it was not able to produce the fine cotton from India and linen was used.

Pink silk check superimposed with a fine grey check, on a white cotton ground, gathered into a narrow waistband and with Indian eri silk ties in beige, very narrow hem.

Very good. The silk ties have a little damage.