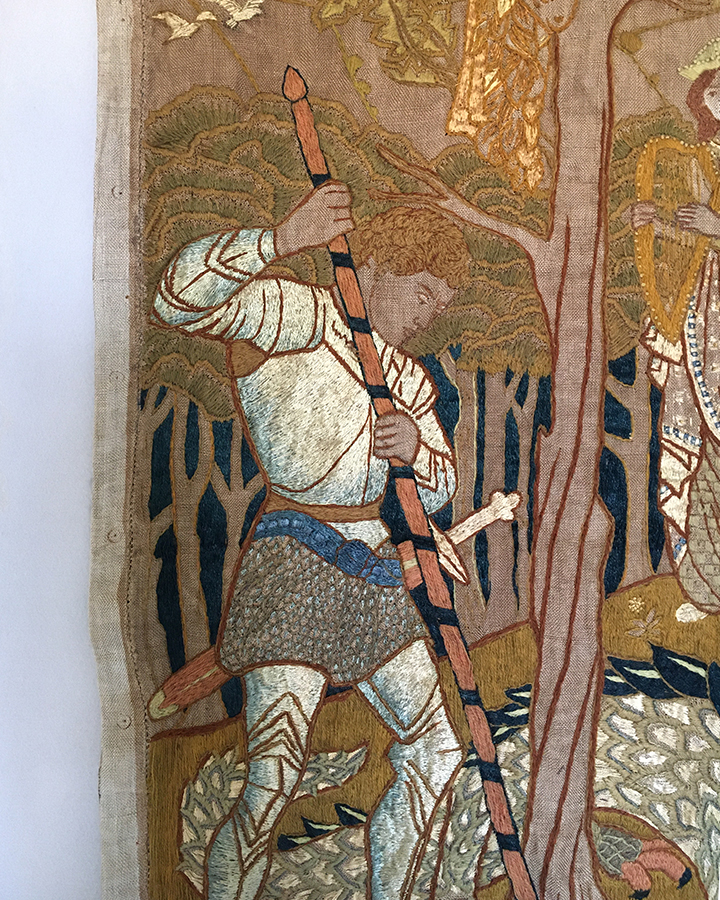 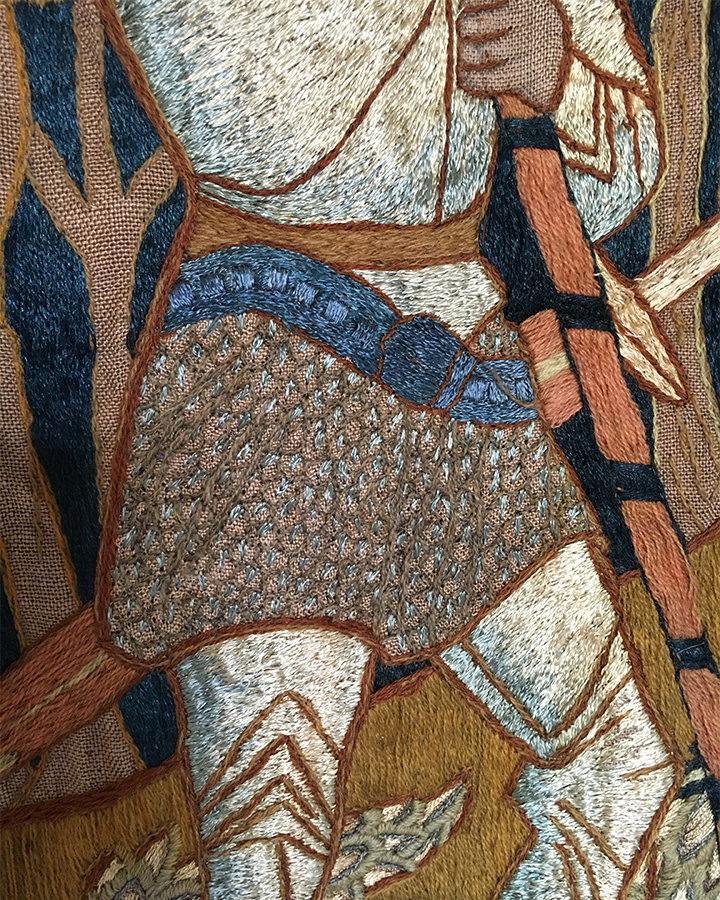 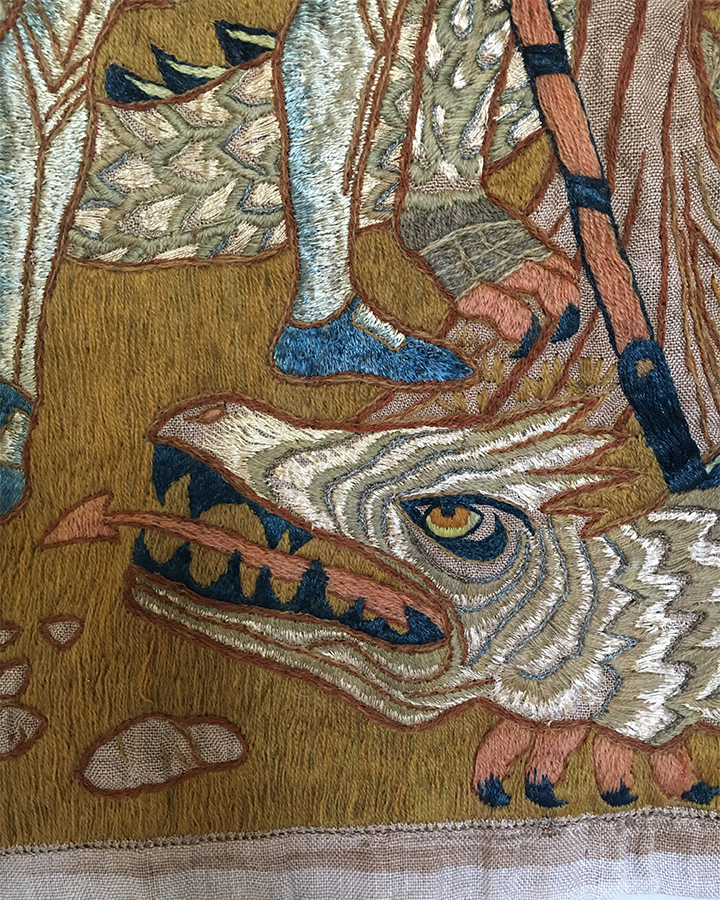 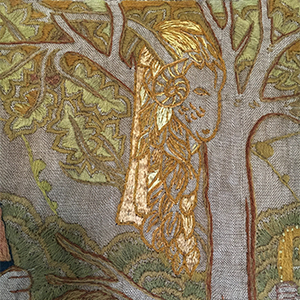 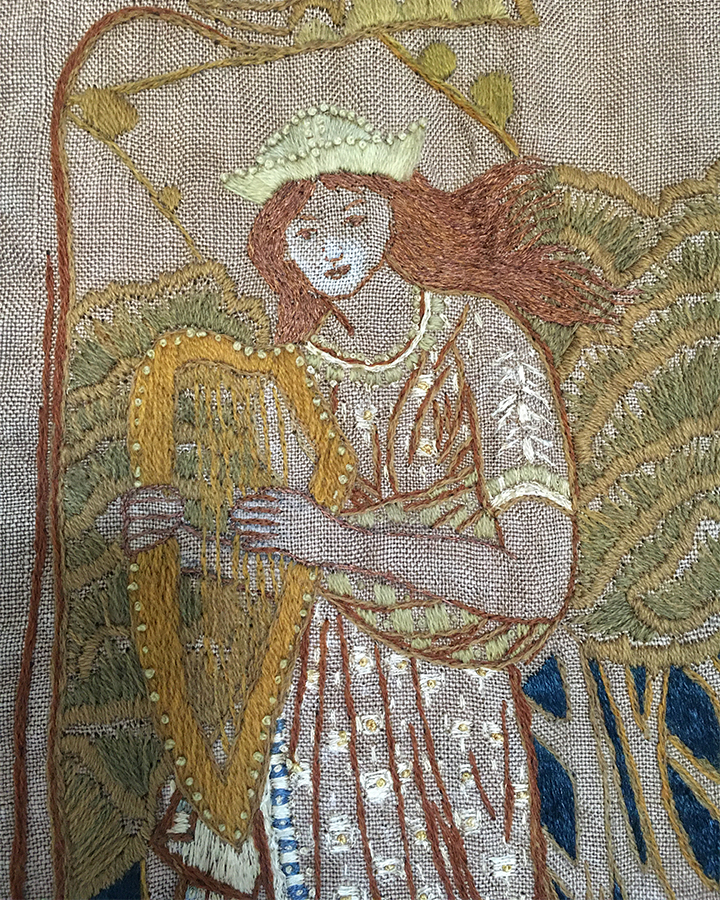 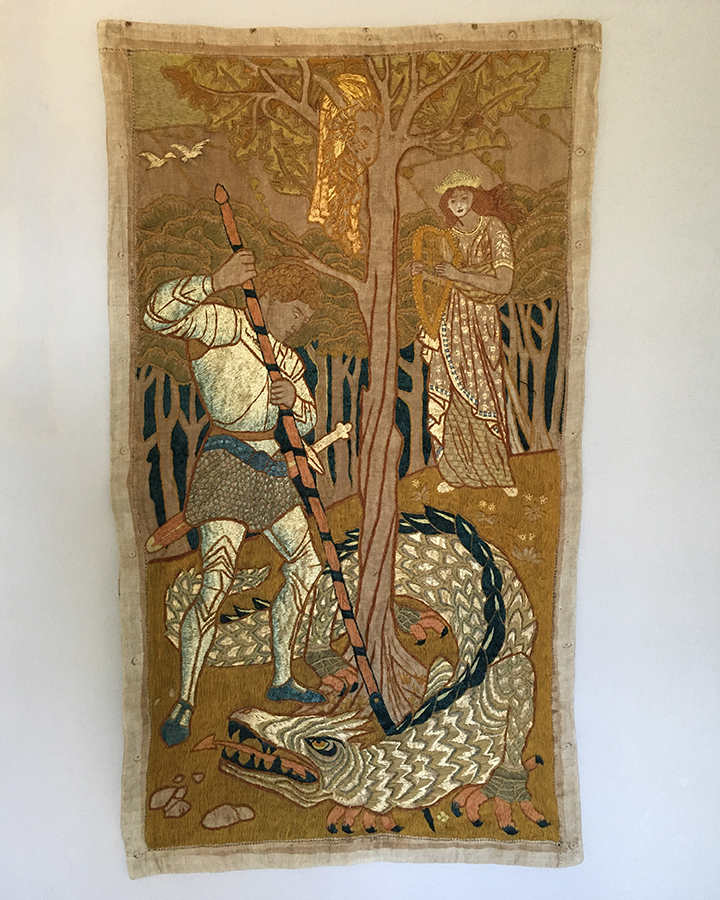 Beautiful embroidery worked by a very talented amateur lady, in a Pre Raphelite style. Even the materials, a coarse linen snuff coloured ground was often used amongst Pre Raphelite embroideress. It is appropriate that the knight in shining armour is embroidered in shiny silks and a artistic eye has cleverly chosen beautiful colours. Romantic medieval chivalry was a popular theme for the Pre Raphelite Brotherhood particular for Edward Burne Jones and Dante Gabriel Rossetti.

Saint George in splendid shiny armour, all worked in thick floss silks attacking the dragon coiling round a tree, his forked tonque outstretched, his scales slightly raised, the damsel in the background with red flowing hair, wearing a crown and clutching a Saint George's shield, all worked in crewel wools and silks, using shades of dark, light blue, cream, ivory silks, with ochre, old gold, brown and terracotta wools, their features un embroidered, all on a natural linen coarsely woven ground.

Very good. No fading. It was intentional that the embroider left the faces and hands un embroidered.

This is almost certainly copied from Bernat Martorell (1400-1452) the Spanish artist's painting of Saint George Killing the Dragon 1434/5. Once part of an altar piece. Martorell was one of the greatest Catalan painters ofthe first half of the 15th century. Catalonia was then an independent region of Spain, who claimed Saint George as its patron saint. The panel is now in the Art Institute of Chicago. Other paintings from the altar piece are in the Louvre, Paris.