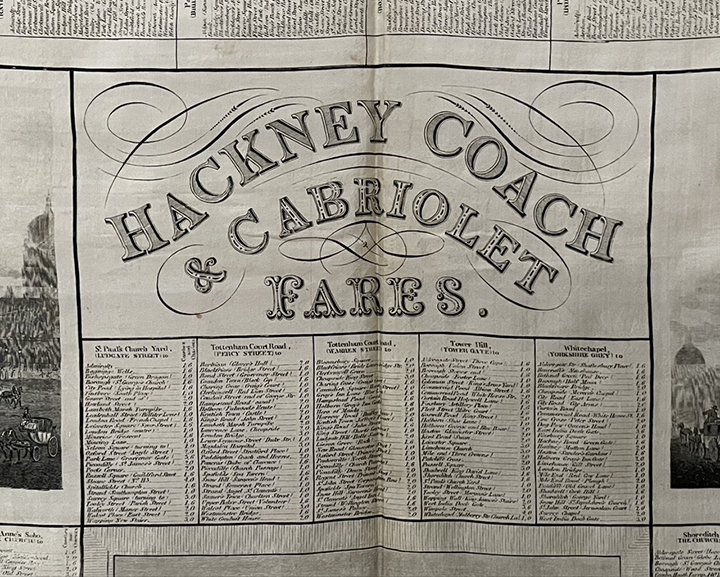 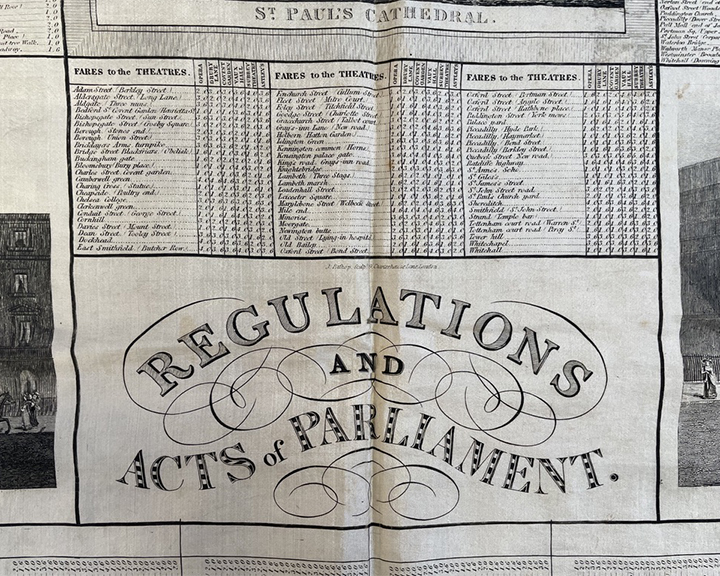 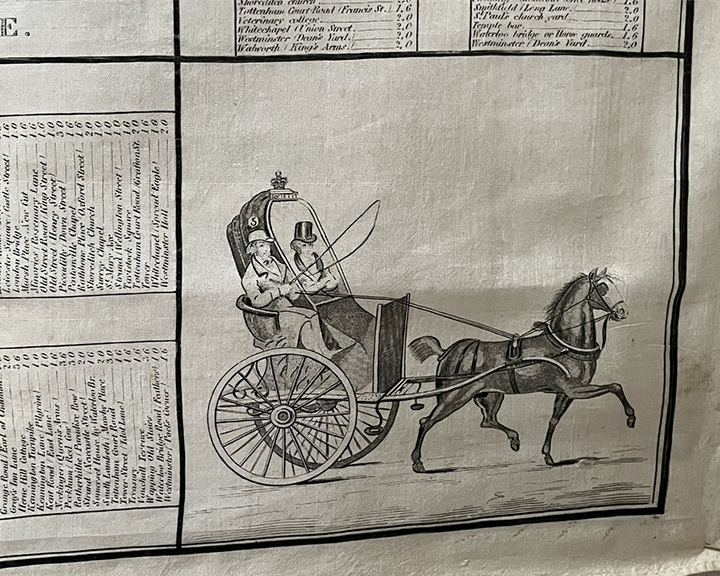 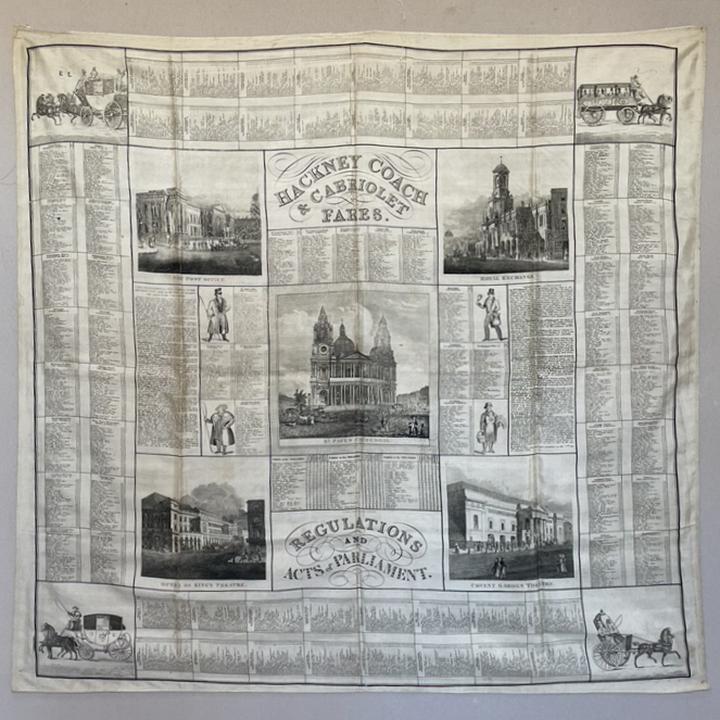 Hackney Coaches were subject to laws and regulations under the direction of the lords of his majesty's treasury. Each coach was licensed and designated with a numbered plate.  In 1823, a Hackney 'cabriolet', built by David Davies, a coachbuilder of Albany Street, London was licensed for public conveyance in England. The term Cab came from the French cabriolet, designating a two-wheeled coach drawn by a single horse, with the driver perched on a seat at the rear. Twelve painted yellow cabs stood for hire in Portland (Great?)Street, W1.

Everything from fare rates to the coachman's behaviour was strictly regulated. Regulations included a minimum size for the coach horse: No horse shall be used with a hackney-coach, or chariot, which shall be under 14 hands high.

Charles Dickens in Sketches By Boz describes calling a Hackney coach: The servant-girl, with the pink ribbons, at no. 5, opposite, suddenly opens the street-door, and four small children forthwith rush out, and scream 'Coach!' with all their might and main. The waterman darts from the pump, seizes the horses by their respective bridles and drags them, and the coach too, round to the house, shouting all the time for the coachman at the very top, or rather very bottom of his voice, for it is a deep bass growl. A response is heard from the tap-room; the coachman, in his wooden-soled shoes, makes the street echo again as he runs across it;...(1)

The scarf Hackney Coach & Cabriolet Fares/ Regulations and Acts of Parliament  copperplate engraved and printed in black ink on ivory plain weave silk, with fares and regulations related to Hackney cab including pictures of St Paul's Cathedral, The Post Office, Royal Exhange and Covent Garden Theatre and the Opera or King's Theatre (Haymarket), together with images of four different carriages. Surrounding panels with fares between different destinations such as Charles Street, Covent Garden to Holborn (Bell & Crown) 1s (shilling or 5 p) the top right hand corner embroidered with E L in blue.

(1) Sketches by Boz by Charles Dickens.  Chapter VII & XVII has some delightful scenes of cab drivers.

For a history of Hackney coaches read: www.geriwalton.com/hackney-coaches

A similar scarf was sold at the Honourable Christopher Lennox-Boyd auction, Christies 25 Feb 2009.

John Leander Bishop wrote: A history of American manufactures from 1608-1860 [electronic resource] : exhibiting the origin and growth of the principal mechanic arts and manufactures, from the earliest colonial period to the adoption of the constitution, and comprising annals of industry of the United States in machinery, manufactures and useful arts, with a notice of important inventions, tariffs and the results of each decennial census / (Philadelphia : E. Young; London : S. Low., 1868)