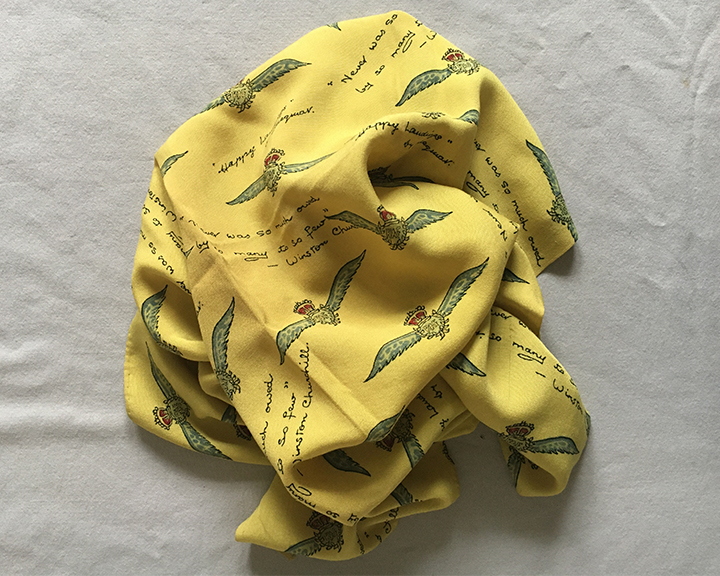 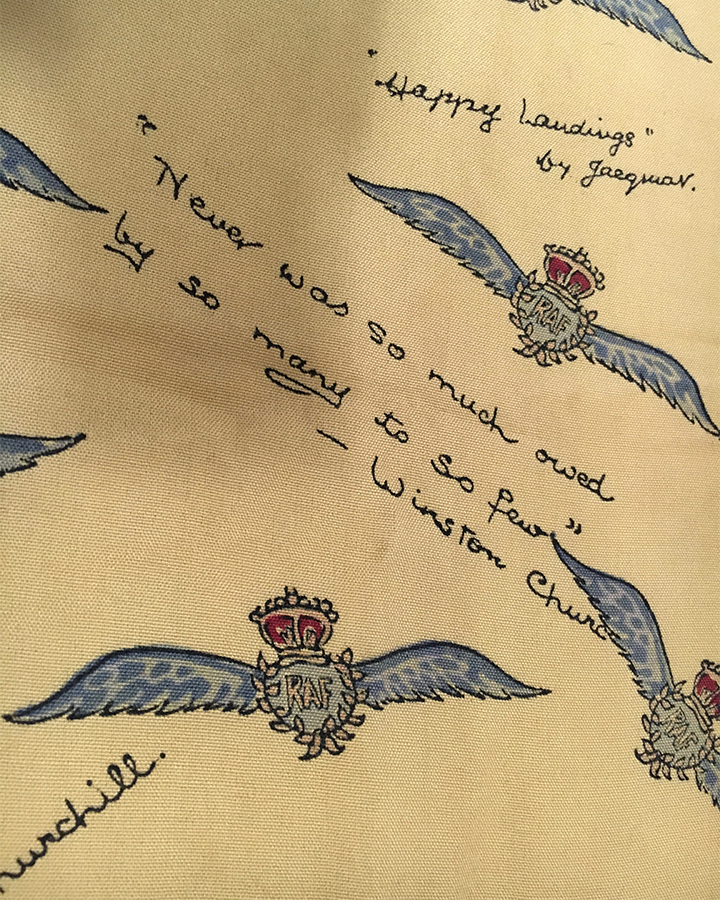 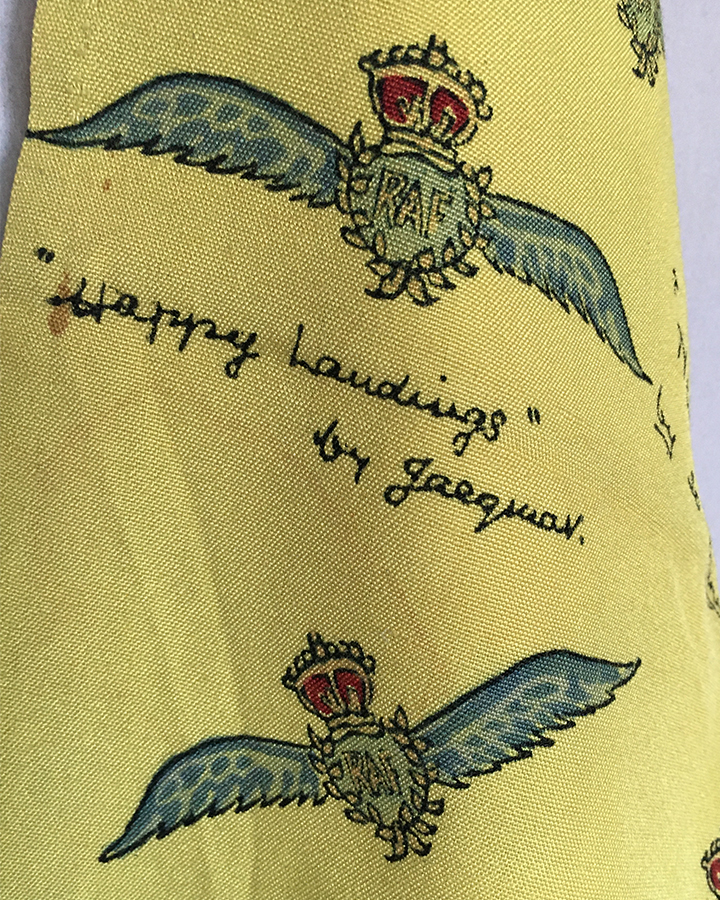 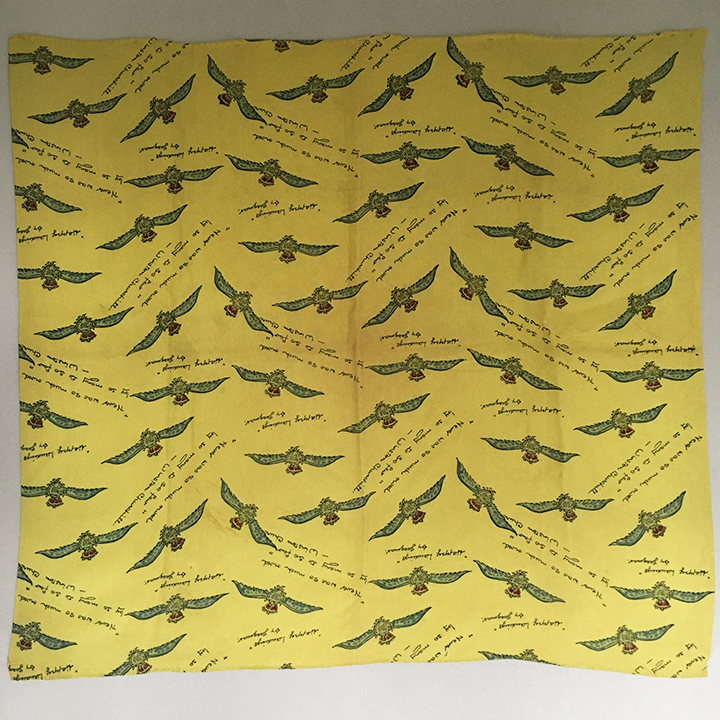 The scarf is adorned with the RAF crest together with Winston Churchill's famous tribute to the RAF with regard to the Battle of Britain, WW2.  Never was so much owed by so many to so few. Also the motto Happy Landings by Jacqmar.

Jacqmar of Mayfair, London made propaganda scarves from 1940-1945. Many scarves were produced for the export market as well as for wartime sweethearts, particularly in London. The chief designer was Arnold Lever who continued working for the company even after he had joined the RAF. The scarves fall into three main thematic groups of the armed forces, allies and home front. The Jacqmar name is usually printed on the scarf.

These scarves were made from yardage and simply hand turned at top and bottom. They were produced in a few colour ways.  Silk was of course not available during the war, so rayon was used.  To keep up morale these headscarves were worn by women as a propaganda exercise.

The bright lemon yellow rayon ground screen printed with a repeat motif of green dappled feather wings centred by the RAF crest surrounded by a wreath and topped by a  red and yellow crown, with two phrases Never was so much owed by so many to so few . Winston Churchill  and Happy Landings by Jacqmar.

Small hole to very top edge 3/4 x 1/4 cm. There is a very light terracotta mark approximately 17 cm down and 17 cm from the right hand side. Ask for photo. There is another slight mark  same distance from lower border roughly to centre. The first photo of the gathered up scarf has the true colour likeness.