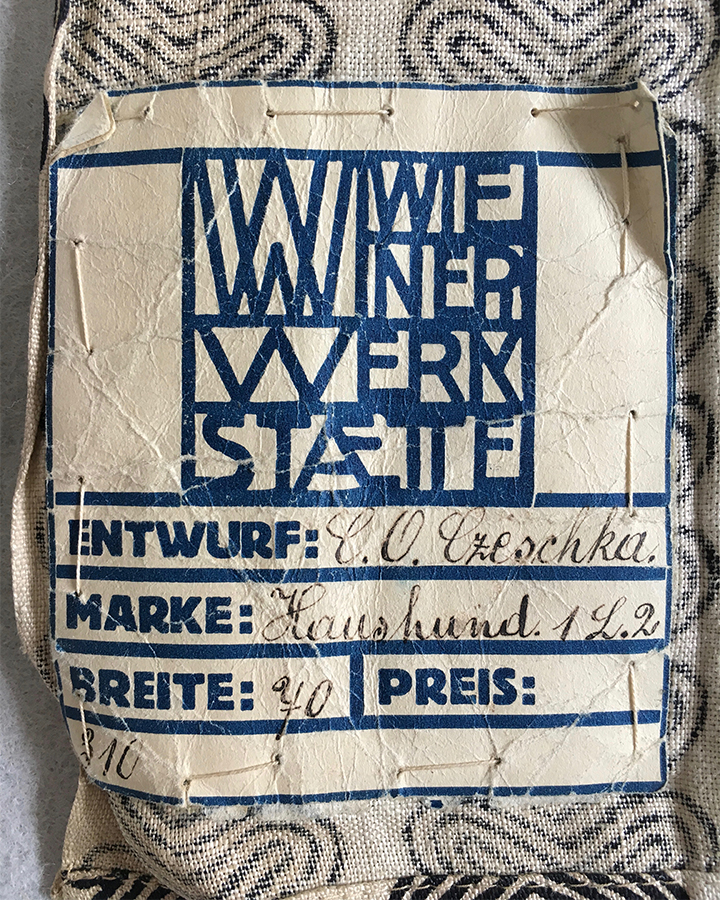 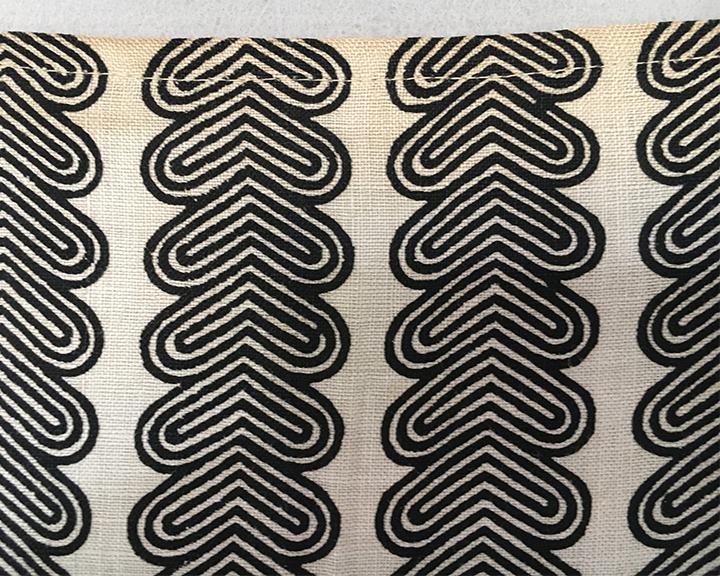 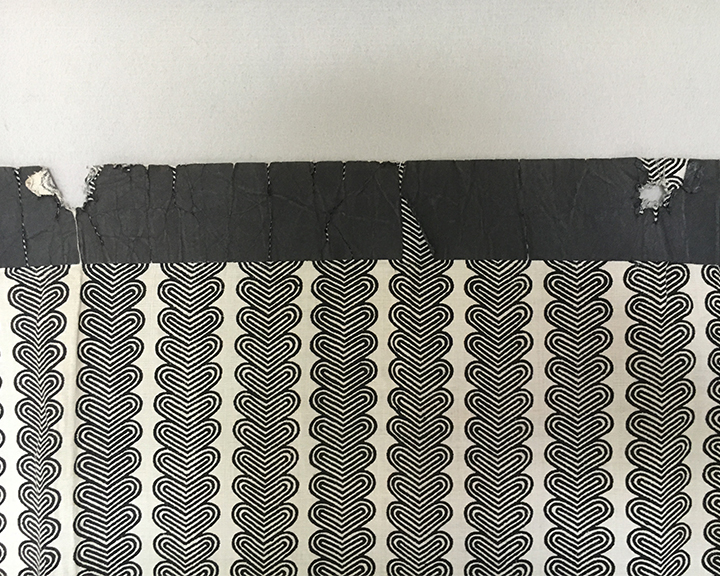 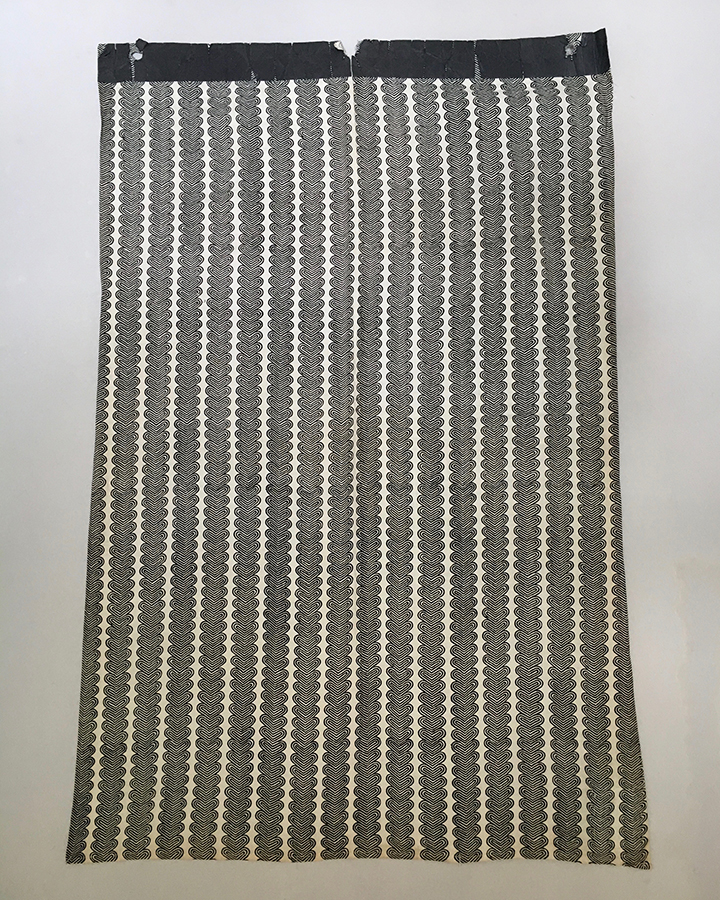 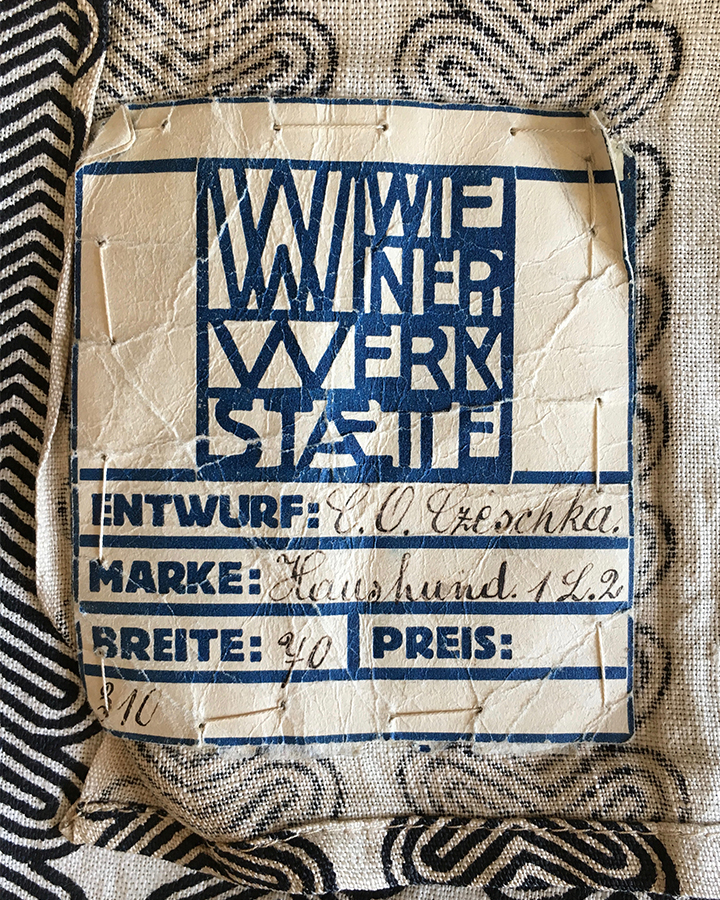 Haushund ( house dog ) - Carl Otto Czescha (1878-1960), designer and book illustrator, who worked with the WW from 1905-7, but continued to contribute designs after he left, in all fourteen textile designs. Haushund was printed in four colourways.

Architectural commissions with coordinated interiors were undertaken. They took part in many exhibitions. The WW wanted to create total artworks, the building and contents down to the last door handle.

Textiles were the WWs most successful area of production. From 1905, the Wiener Werkstatte produced designs for handblock printed linens and silks.  Johann Backhausen and Sohne of Vienna printed and woven the fabrics for the WW but by 1910/11 a fashion and textile division was established, where the WW printed & wove their own textiles. This length does not have the WW monogram in the selvedge. Only one length has the WW monogram and that appears to have had the black paper top removed.  I am rather assuming that as I bought all four lengths at the same time, they came from the same pattern book, and are therefore of same date and were printed by the WW themselves.

The repeat linear pattern of eighteen rows of black interconnecting hearts on white linen, the top with a 2 in; 5 cm black paper strip, the reverse with a hand stitched printed paper label, the information hand written in black ink.

Excellent apart from the black paper top band 2 in; 5 cm, with three holes. This is a softer linen, so presumably for curtaining.

Textiles of the Wiener Werkstätte 1910-1932 by Angela Völker,

Harvard Art Museum have a similar piece. Accession No. BR55.41