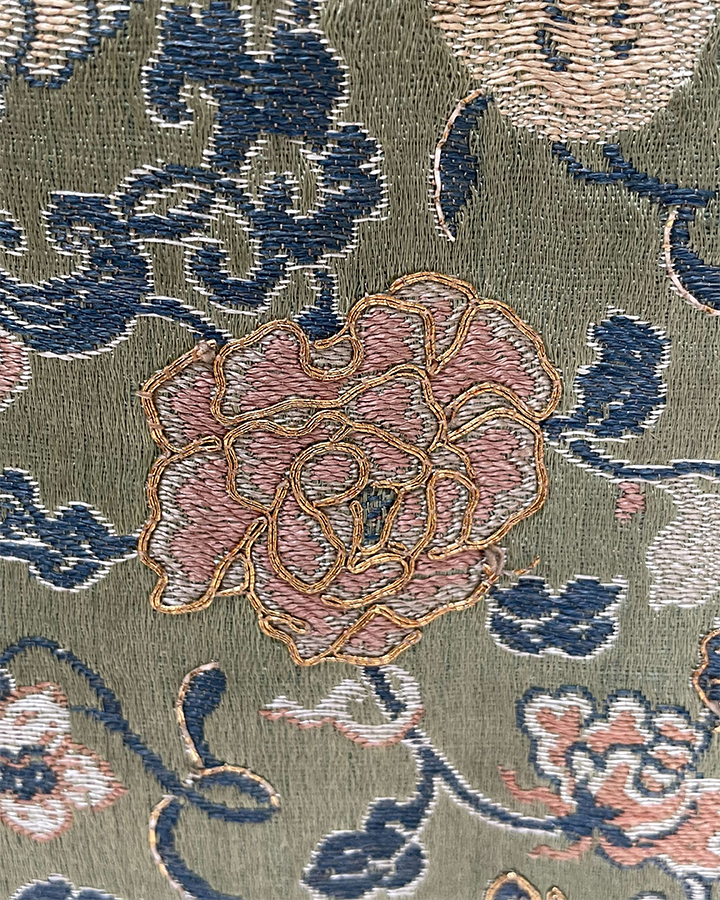 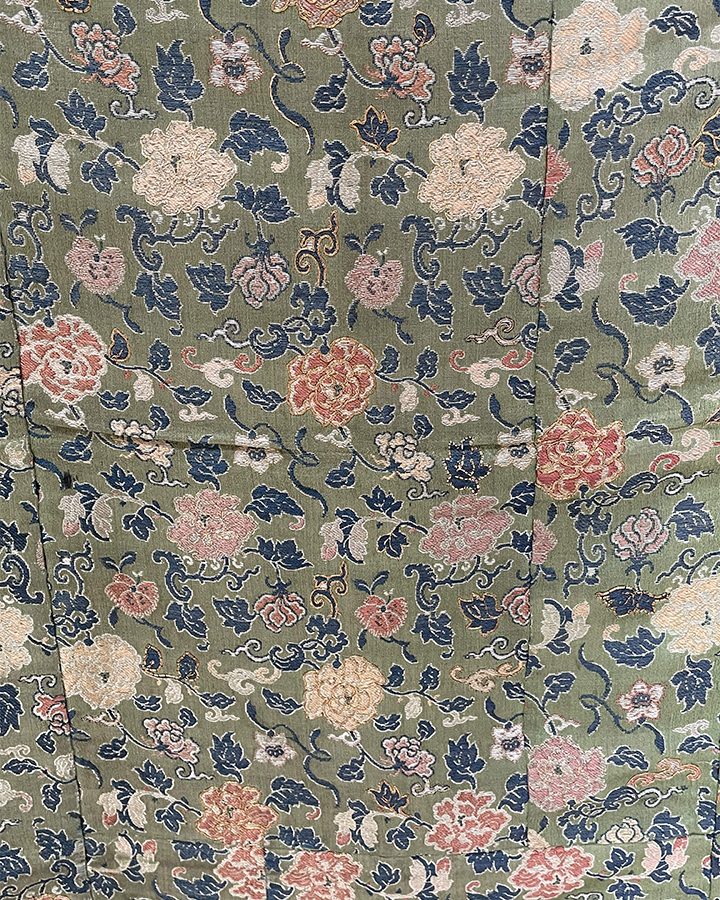 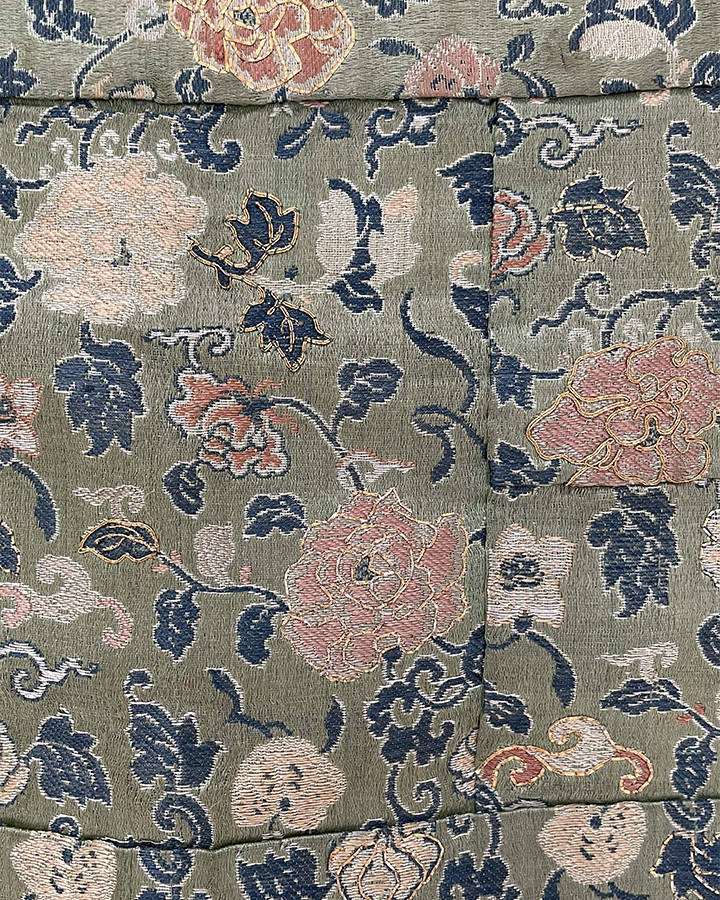 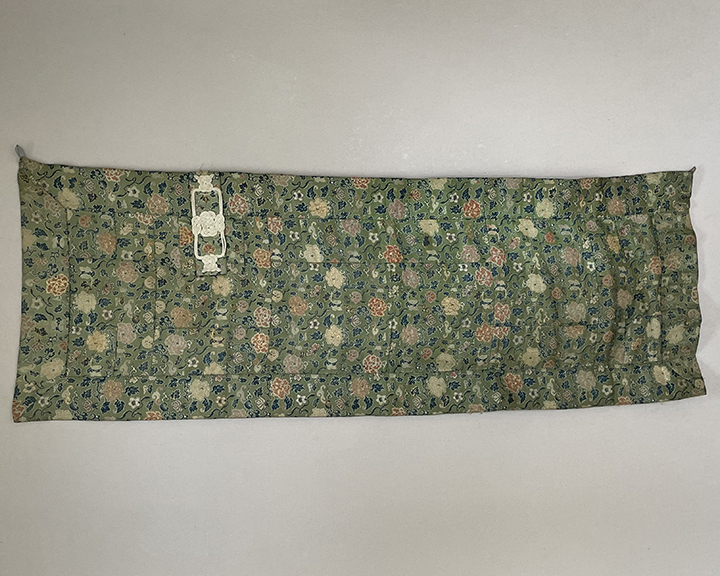 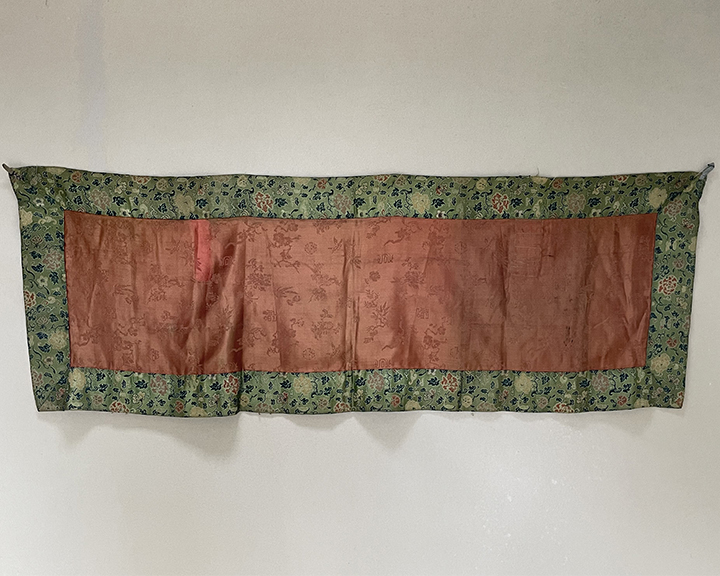 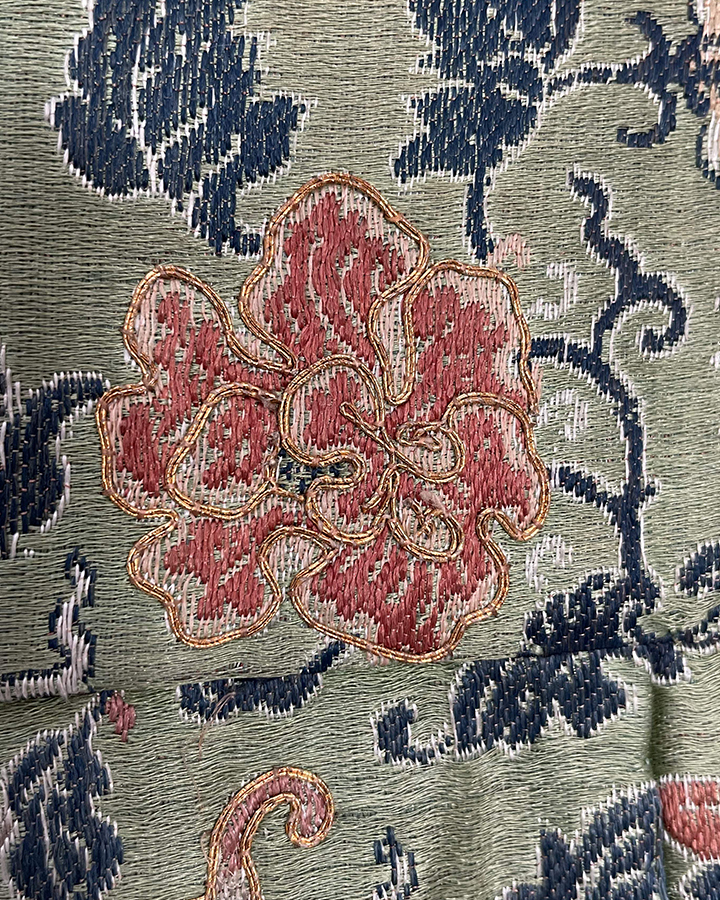 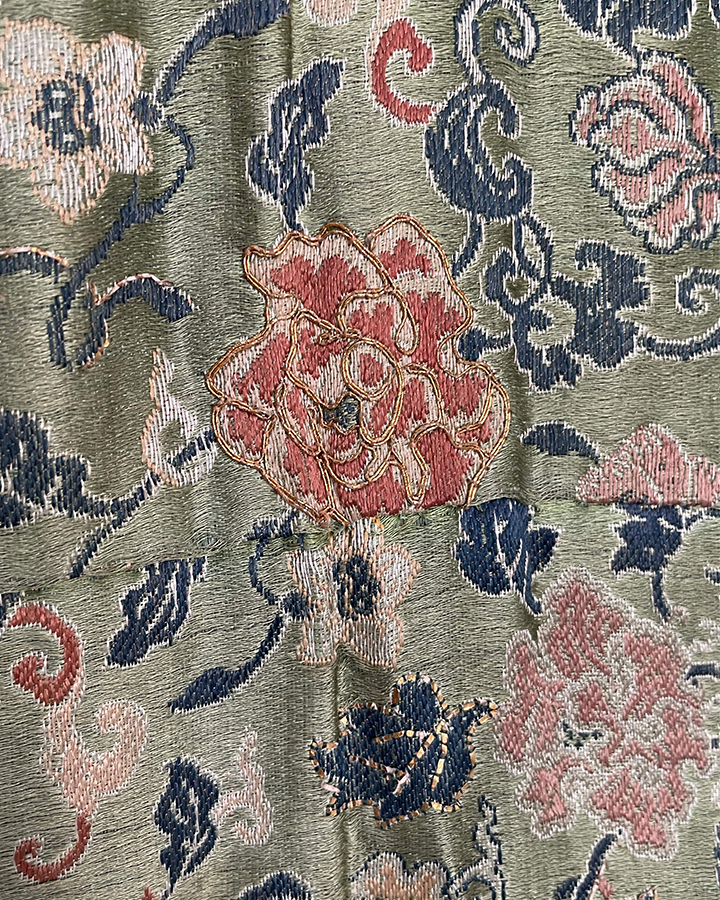 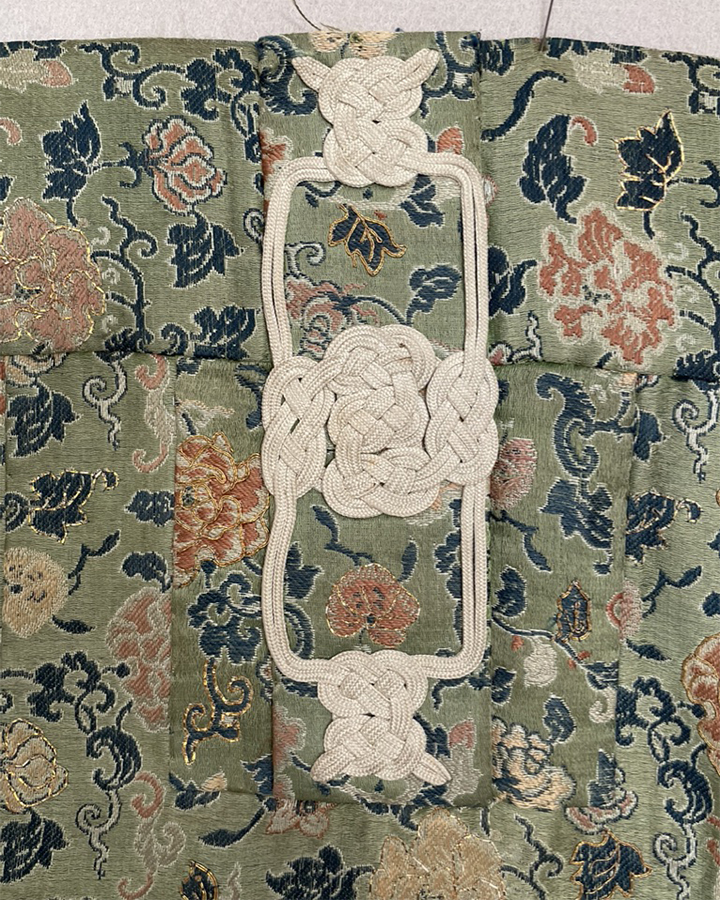 This would look sumptous as a table runner or as a hanging.Kesa were flat textiles, worn over one shoulder and around the priest. This piece was probably worn by a novice, as it is unusually small. This kesa is quite unusual in that some of the peonies outlines are couched (caught down) with gold wrapped silk. I have not seen this before on kesa.

In Japan richly woven garments, no longer fashionable, were given by the aristocracy to temples and monasteries. They were cut up into patches and pieced , like a patchwork, into priest’s robes.  It is said the idea originated when the Buddha left India to go on his travels, wearing a similar garment, made up of pieced rags.

This was worn rather like a toga, over other robes, draped under the left arm and fastens by two corners on the right shoulder.

When Japan opened its borders to the West in 1853, after 265 years of isolation, there was a Western influence and gradual move from some traditions in institutions, such as the Buddhist temples. Previously treasured textiles  and kesa were deconsecrated and sold.

The mid green silk brocade woven with peonies amongst smaller trailing flowers and leaves, all worked in terracotta, coral, apricot, deep blue, with some of the peonies and motifs outlined and couched in gold wrapped silk, the whole central section pieced with small squares and rectangles, within an outer border, the ivory corded detail worked in endless knots, the back with a central field of terracotta silk damask woven with shou or happiness symbols and flower sprays within the green silk brocade border.

Very very good. The ivory cording is very very slightly grubby, but hey this piece is at least 150 years old. The gold highlights give the piece a real lift.