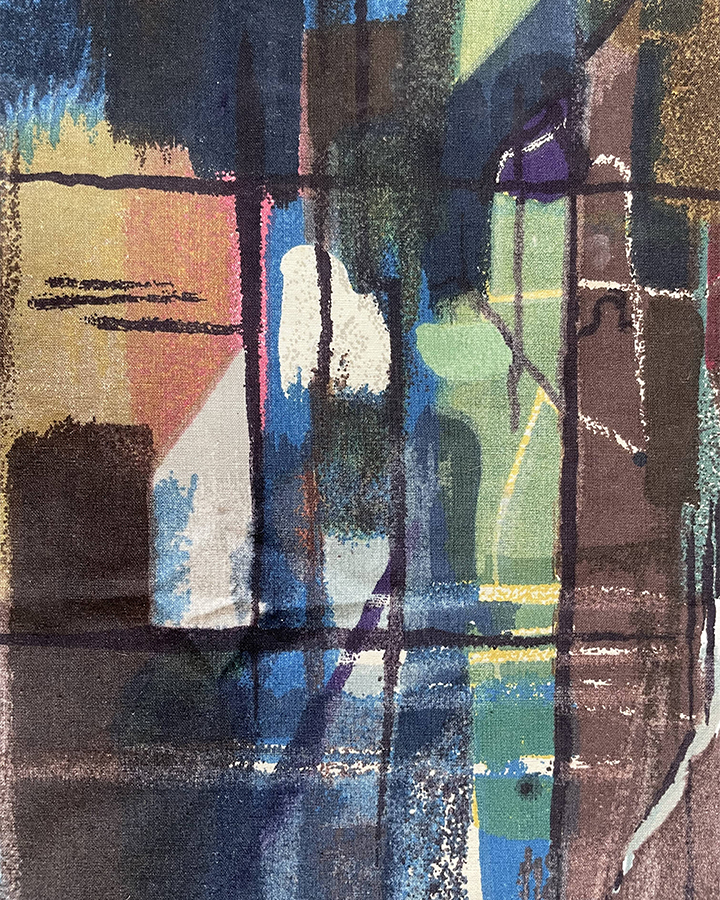 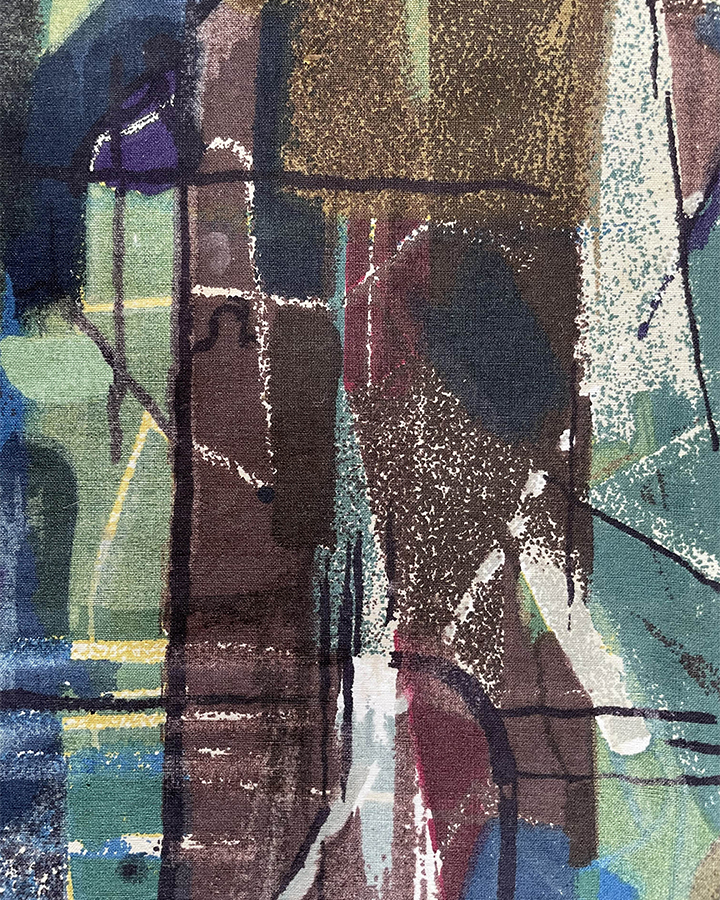 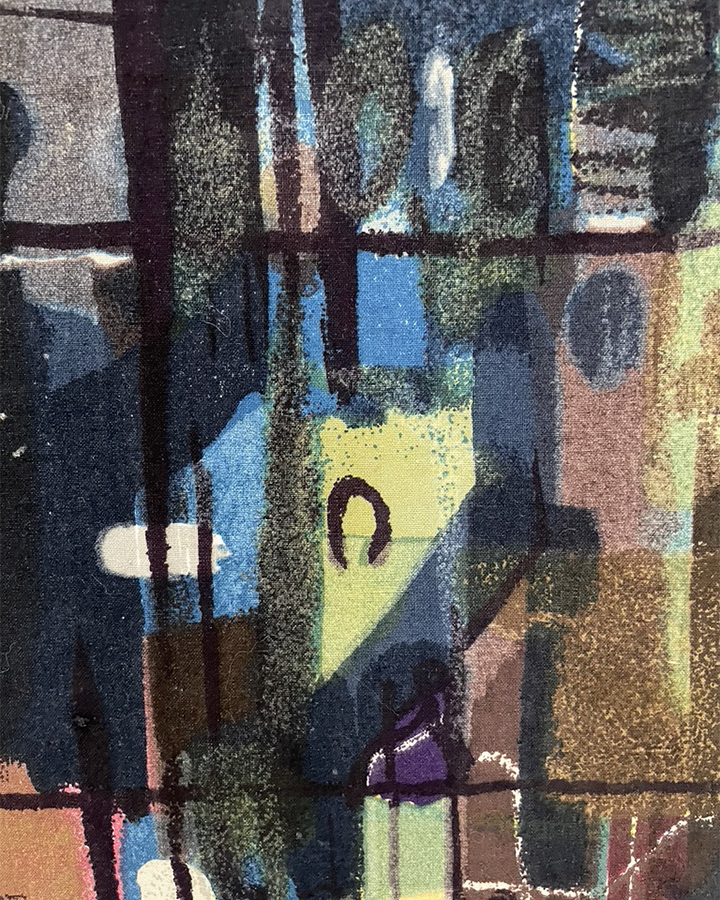 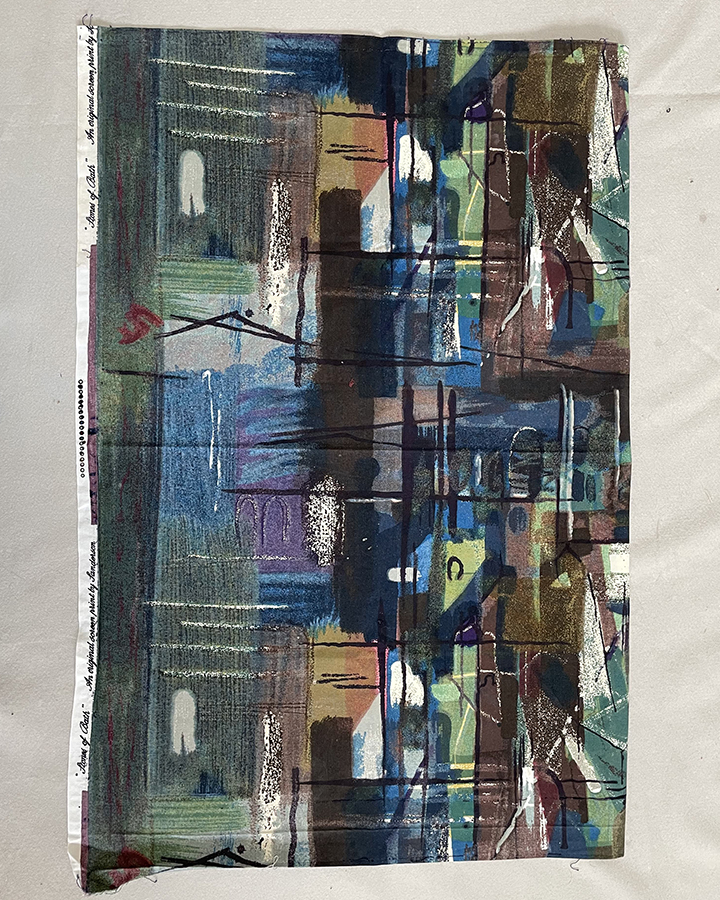 Glorious colours and design. A super present for someone who loves John Piper's work.  This would make a great picture. A velcro strip could be attached to the back of the length, with the other piece of velcro stapled to a wooden length, which would need to be screwed to the wall.  Or it could be mounted on a stretcher. Because this is just a small piece it does not have all the colours. Nevertheless the combination of mainly greens/greenblue/blue and brown is stunning.

Sandersons commissioned five textiles from the painter and designer John Piper as part of their 1960 centenary celebrations.  From the late 1950's to the early 60's there was a definite interest in painterly textiles that demonstrated the unique potential of screen printing, with its ability to capture the quality of brush-stroked colour. ** The monumental grandeur of many artists' textiles in the early 1960's was necessary if they were to work in the large scale architectural interiors of the era which witnesed a rapid growth in new public buildings, all which required furnishing with suitably prestigious fabrics *

John Piper (1903-1972) was a major figure in modern British art. He designed the Baptistry window at Coventry Cathedral and was a stage designer for Benjamin Britten's operas. He wrote on architecture and illustrated the Shell Guides, the regional countryside guides.

Stones of Bath  was exhibited at the John Piper retrospective exhibition, The Tate Gallery, London 1983.

Stones of Bath . An original screen-print by Sanderson on cotton, the abstract design featuring buildings in Bath in vibrant shades of green, blue,  ivory, brown, purple, pink and black.

On the opposite side to the selvedge there are tears. I have not measured these. They could be cut off or turned under. Also I have not taken into account the fold line at the top of the fabric.

**English and American Textiles from 1790 to the present  by Celia Ruffey & Mary Schoeser, p 220.