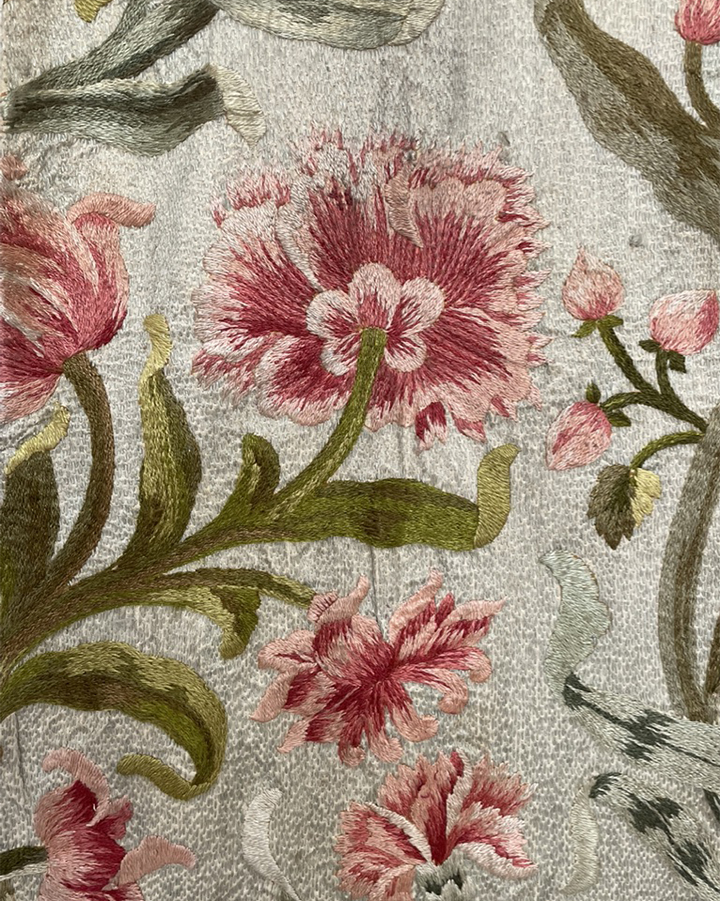 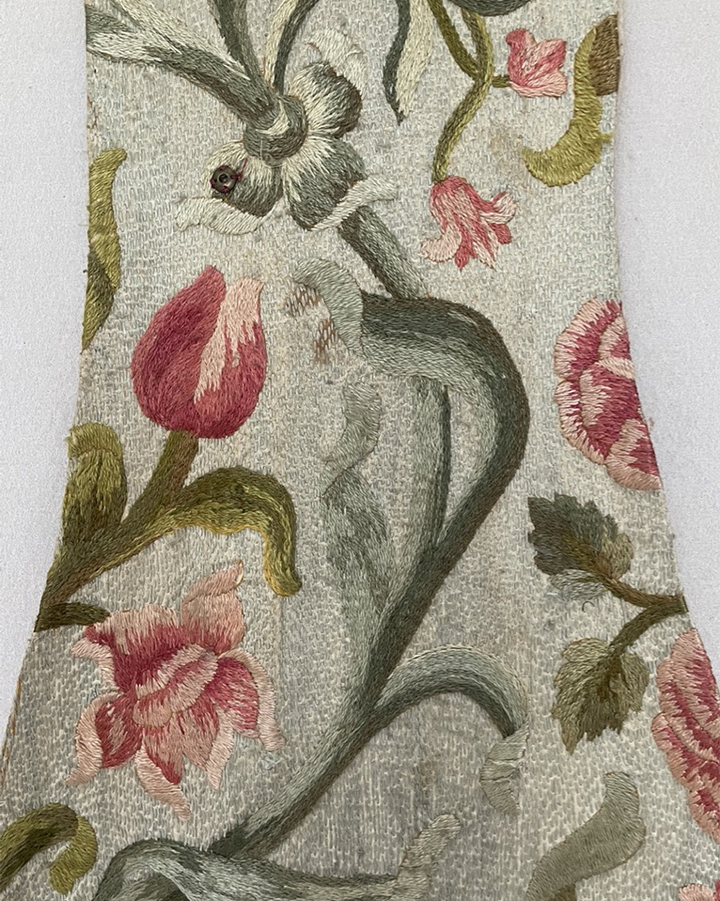 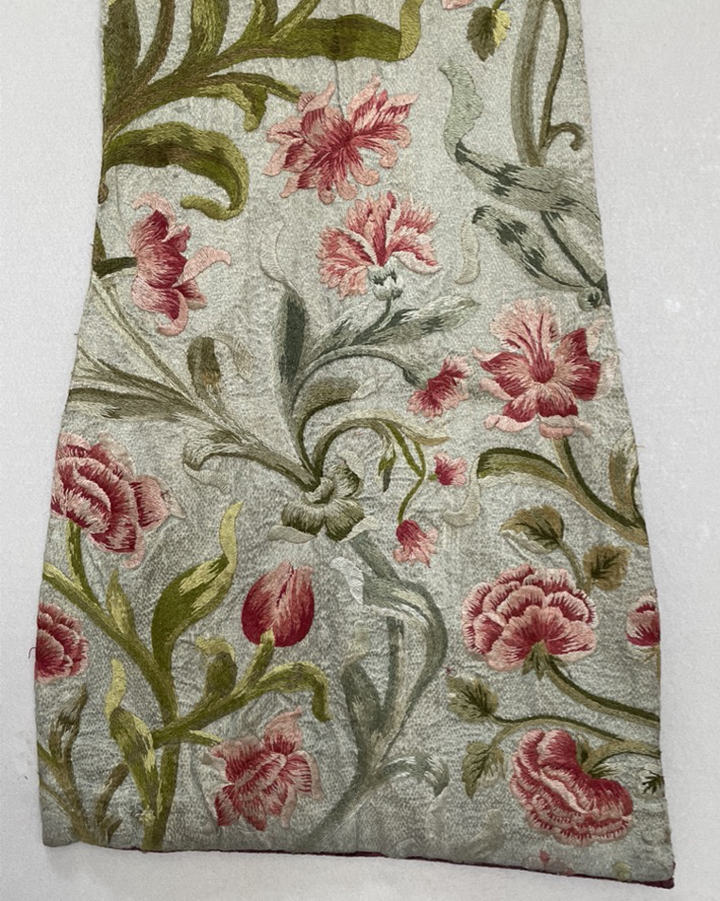 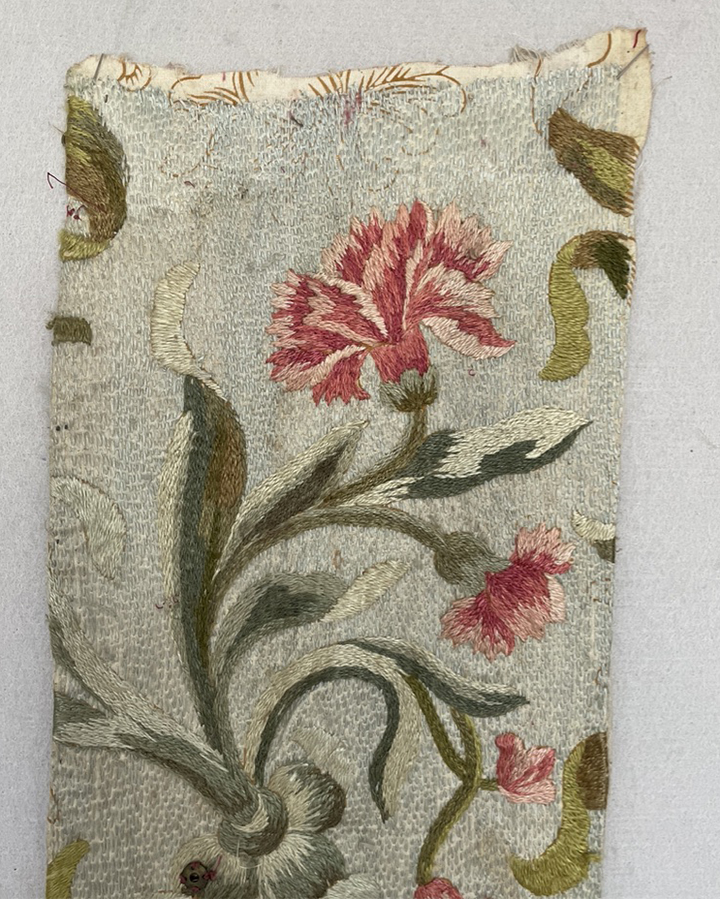 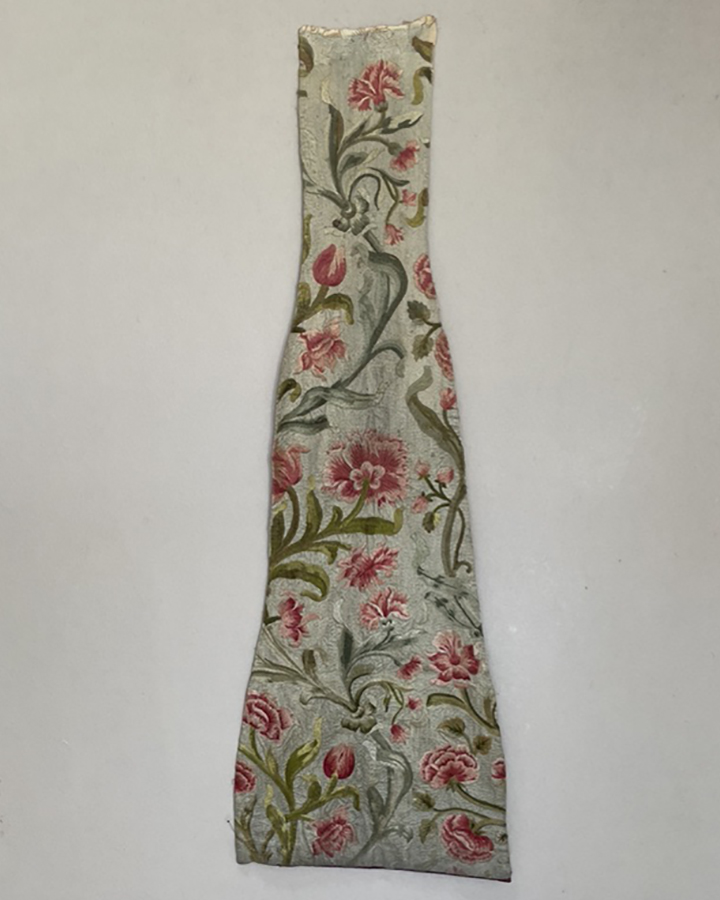 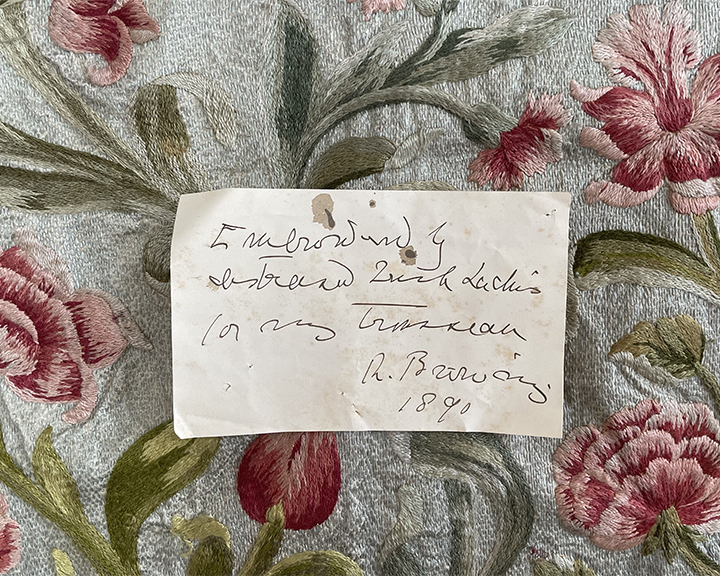 This piece comes with a label Embroidered by Several Leek Ladies for my trousseau. R Bri.......1890. This is a curious shape piece clearly cut from a larger piece and definately shaped for a garment.

Thomas Wardle of Leek designed and printed the cotton ground with a single colour outline and provided the skeins of Art Silks, which he had specially dyed (natural dyes), ready for the amateur embroideress. These pieces were sold by Liberty's of Regent Street.  The design was based on 17th c diagonal meander silk and velvet textiles.

In Liberty's 1875-1975 it states that Liberty's greatest triumph in those early days came from a co-operation with Thomas Wardle, the dyers and printers of Leek in Staffordshire, who also worked for William Morris. Between them, Liberty and Wardle introduced dyes which had until then been supposed to be a closely guarded secret of the East....delicate pastel tints which they called 'Art Colours', and that became described all over the world as 'Liberty colours.' Silks in Liberty colours were an influential element in the Aesthetic Movement. Liberty's windows became one of the sites of Regent Street...a revelation to a generation accustomed to the harsh colours of aniline dyes.... The blocks appear to have been 18 x 16.

I have sold several pieces of the design, but never before had a piece where the ground was embroidered. What is particularly nice is that at the very top the original printed design can be seen on the cotton ground.

Very very good. The bottom is slightly dirty as is the backing cotton.