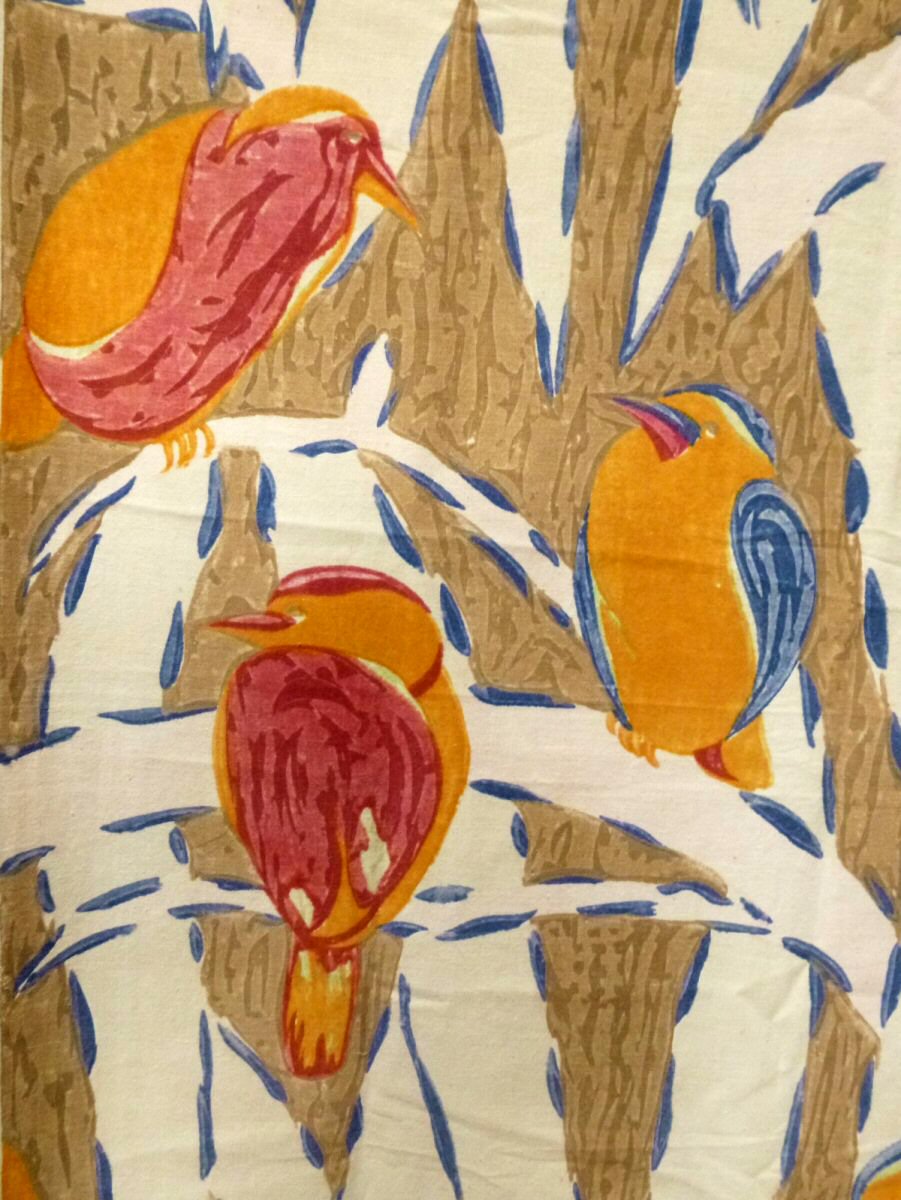 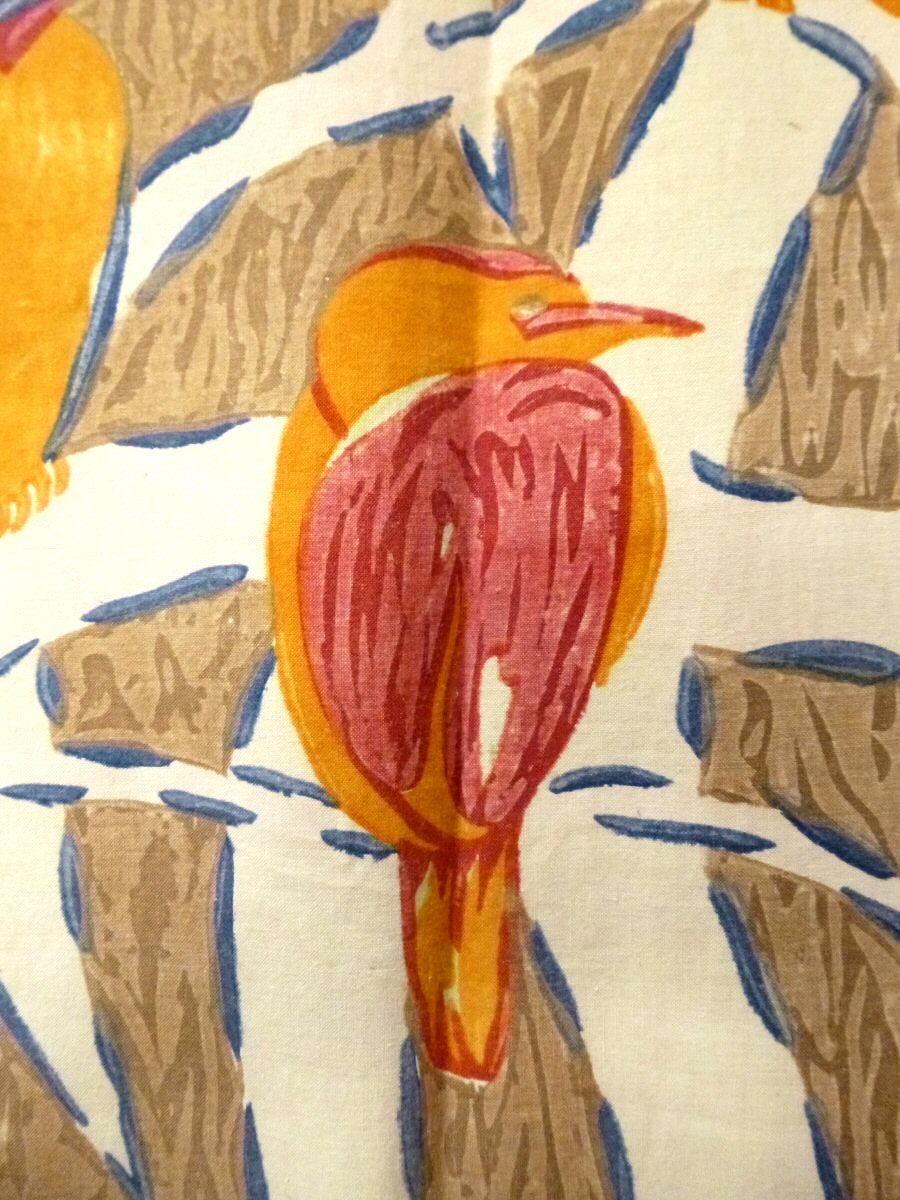 Rare piece of Minnie McLeish (1876-1957) who as a freelance designer for Foxtons, pioneered a free-thinking painterly approach to pattern. Foxton's established by William Foxton in 1903 excelled in high-quality printed silks, cottons and linens, early designs being block printed and even after production was transferred to roller-printing during the 1920's, the distinctive block-printed aesthetic was retained. William Foxton was an early member of the Design and Industries Association (DIA), an organisation modelled on the Deutscher Werkbund, which brought together designs, architects, craftsmen, educators, manufacturers and retailers to discuss measures for raising standards of design. Itwas shortly after the founding of the DIA in 1915 that Foxton began to commission patterns from innovative freelance designers such as Minnie McLeish. Extract p 58 from 20th century pattern design by Lesley Jackson. Foxtons used outside manufacturers, such as Stead McAlpin & Co, who practised their craft in the traditional manner, using apprentice- trained printers and specialist block-cutters. Foxton’s lead had slight impact on machine-produced textiles, at least initially, but it demonstrated the fruits of a marriage between craft-scale industry and British artists. The fabric shows the influence of Fauvism (1905-1907), where vivid colors and simple flattened shapes were the dominant motifs. Fauvists ("wild beasts") like Henri Matisse and André Derain emphasized painterly qualities and strong color over the representational or realistic values retained by Impressionism.*

Excellent. The top is gathered onto rufflette tape but this could easily be unpicked.

My thanks to Keren Protheroe for identifying this piece.