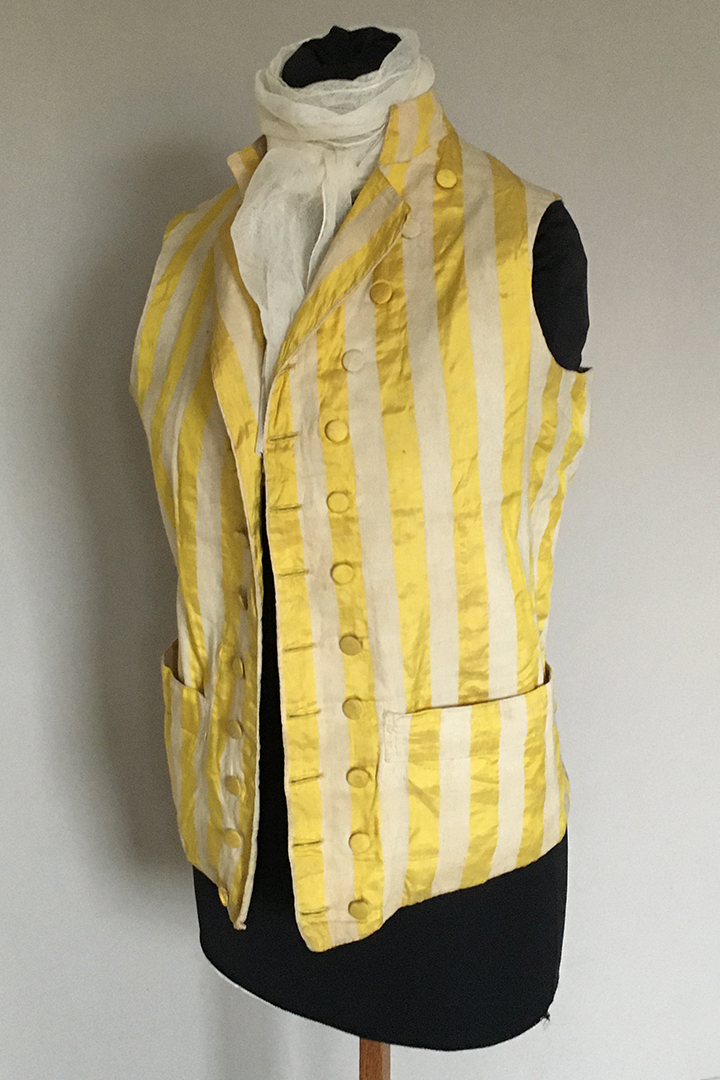 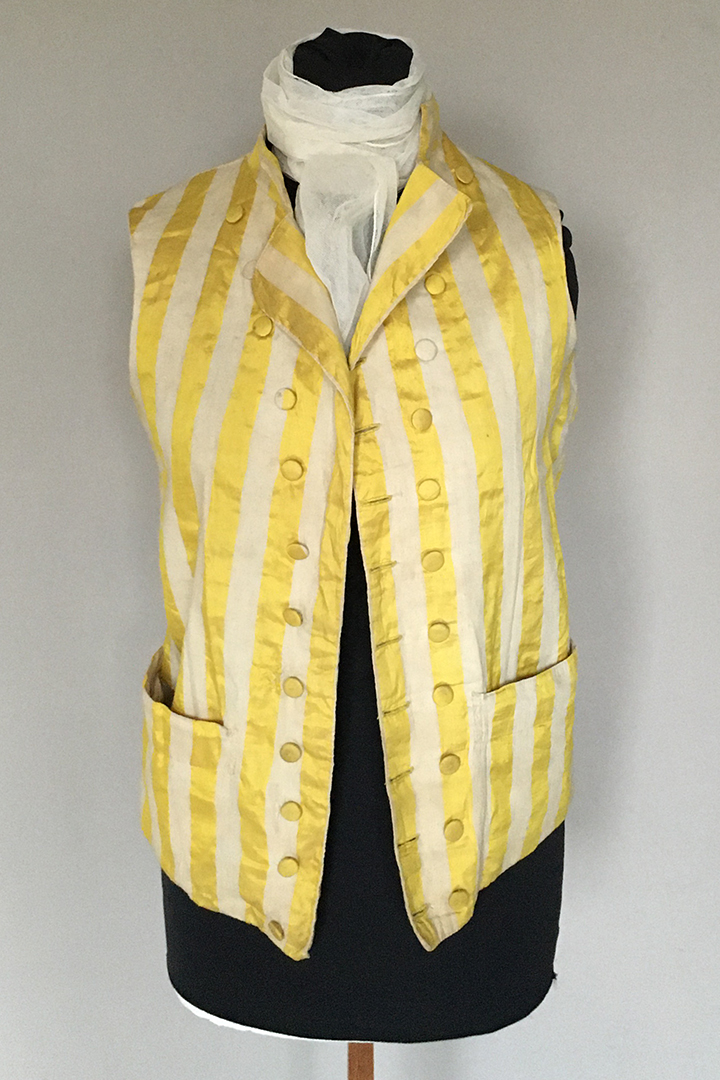 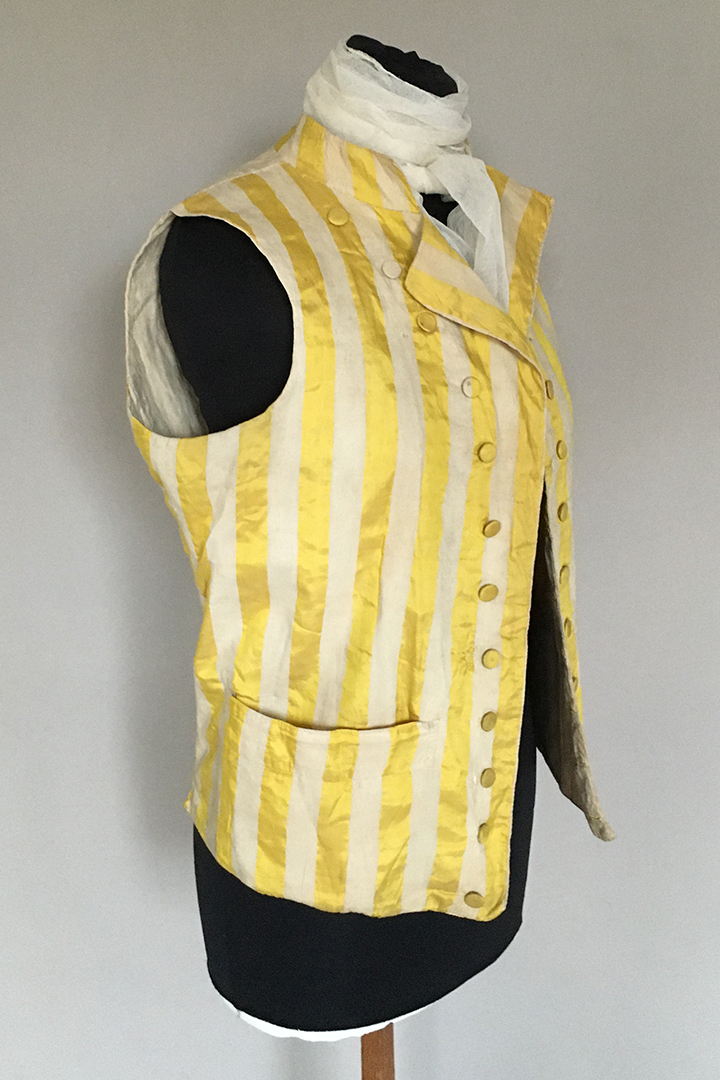 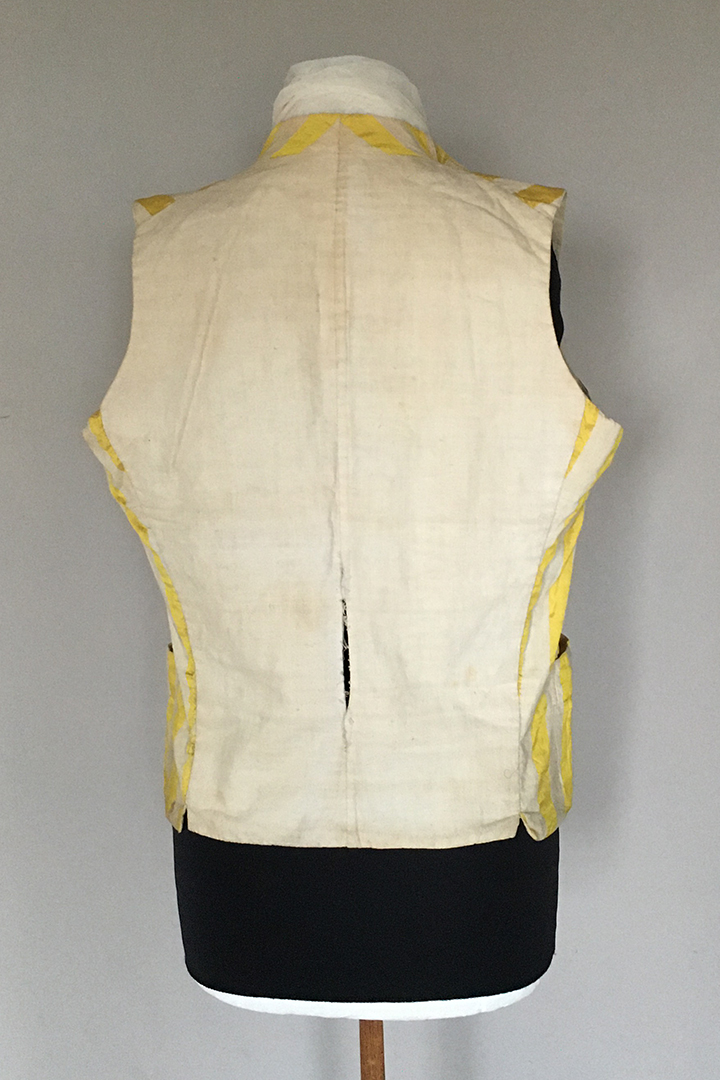 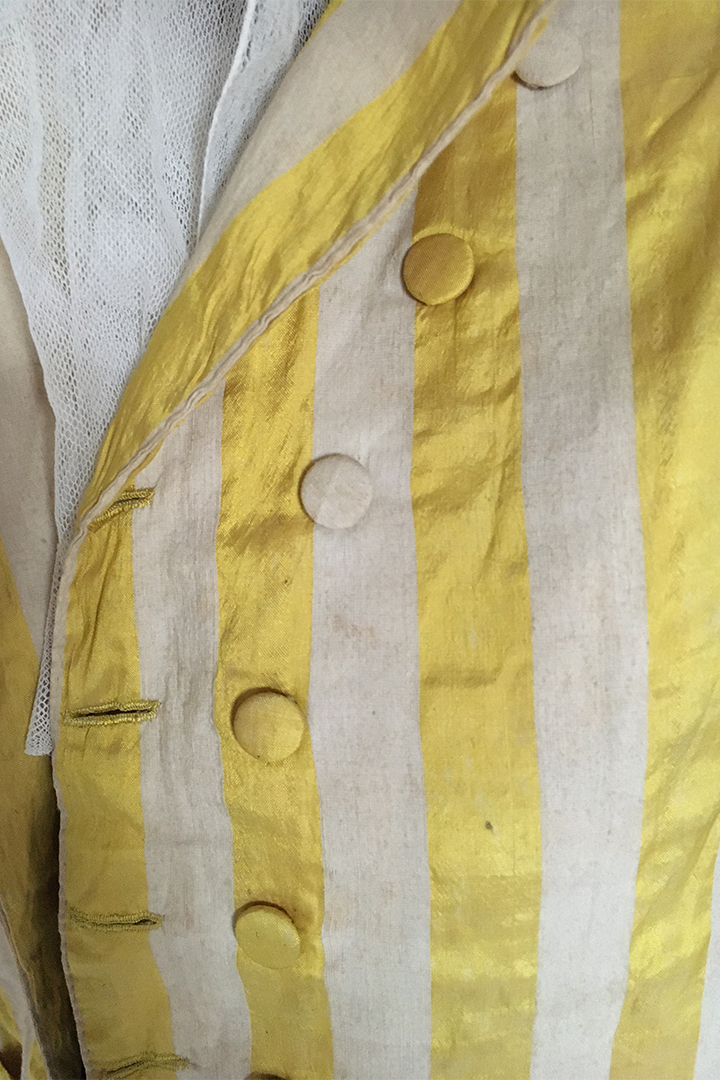 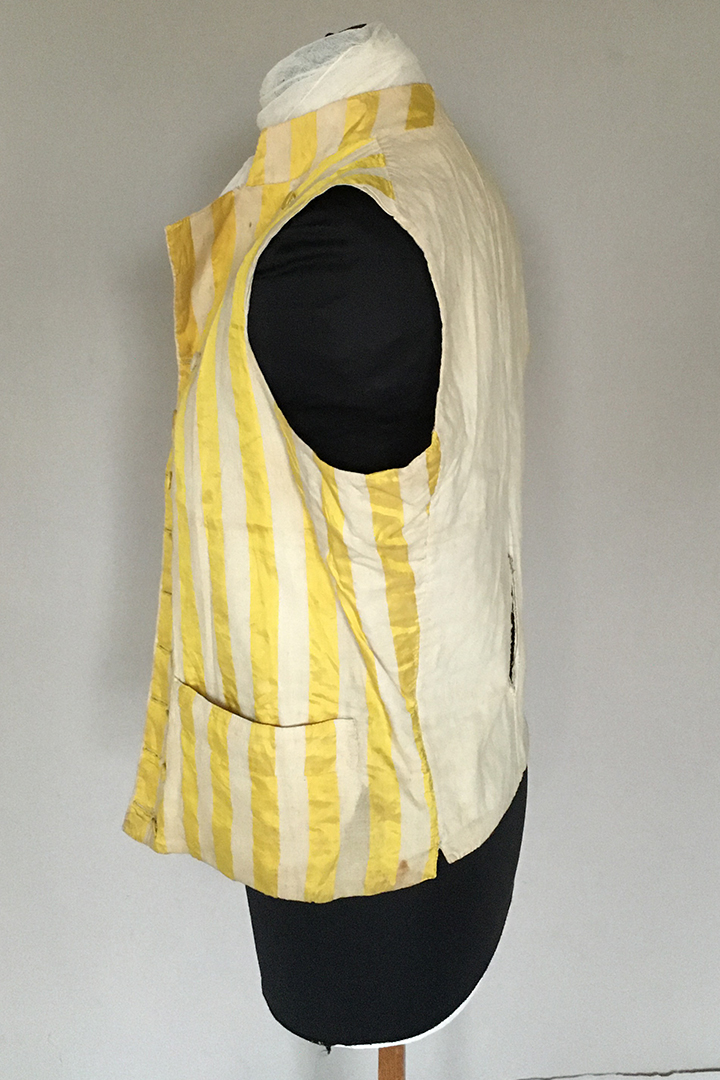 Provenance:  This waistcoat came from the family of Thomas Crewe Dod Esq (1754-1827) of Edge Hall, Malpas, Cheshire. Thomas commenced his military career in the 16th (Queen’s) Light Dragoons as Cornet in August 1775 when he was 21.  He went to America with his regiment in August 1776, under Lieutenant George John Burgoyne. Promoted to Lieutenant in 21st regiment of (Light) Dragoons, he was gazetted captain into the 23rd regiment on 28 September 1781, the regiment returning to England in 1778 .  He was gazetted captain in 23rd regiment of (Light) Dragoons in 1781. His regiment were the first to land in India in 1782 and on 27 July 1785  Dod was promoted to major. He eventually  resigned from the Army to return to his Cheshire estates. He took part in the formation of the Cheshire Provincial Cavalry  in 1798 and was commanding officer of the Western Cheshire Yeomanry raised in 1803. He married Anne, daughter of Ralf Sneyd of Keele, Staffs on 20 September 1786 when he was 32.  They had six daughters and two sons . It is the sonswho interest us because some of the waistcoats and breeches bought would have been worn by them. Thomas (1794 – 1810) who died unmarried  age 16 and John Anthony 1798 -1821) who died in India aged 23.

Of alternating yellow silk stripes and natural cotton, high upright neck, double breasted with tweleve flat buttons either side covered in yellow silk, slit pockets, the back and lining of cotton.

There is one oldish darn, fifth button up from the hem on the left hand side as you look at the waistcoat. When buttoned up this is not seen. One small mark under the left hand lapel. The inside cotton neck lining is a little grubby.