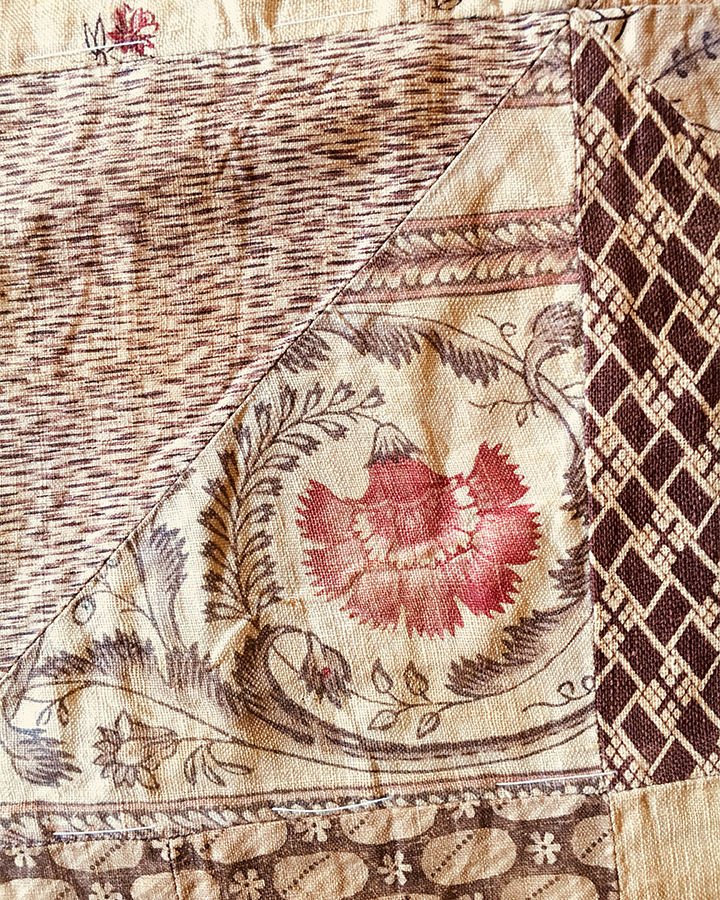 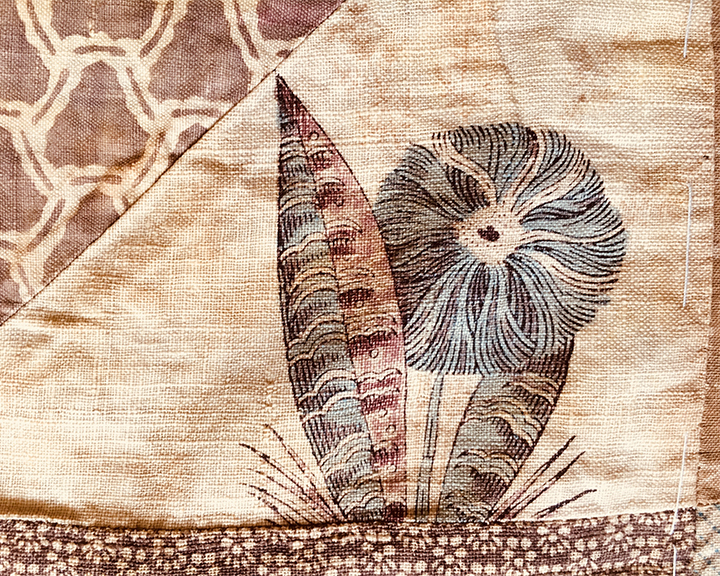 Probably made in Amsterdam, The Netherlands using French and Dutch printed cottons.  Most delightful range of small prints, in a variety of colours. The coverlet is padded and backed, each veritcal row is quilted, there being seven rows. There are two triangles which are hand painted chintz, another pair hand painted on coarser linen, so probably French or Dutch; two Toile de Jouy monocrhrome red print; some roller prits

An Moonan has seen photos of this quilt and feels it is typical Dutch [Amsterdam] crib quilt.
An says she recognises materials from the 18th century but from around 1815-20. In An Moonan's book* she mentions triangles are typical of Dutch patchworks of the period, four triangles creating a square, half light and half dark.

Comprising 54 squares each composed of four trianges, two pairs in each square, in polychrome coloured prints, hand blocked and roller prints, the border with a continuous flower meander in terracotta and browns, the backing in a Provencal hand block red ground print with red ground, with flower sprays in white and brown, a small continuous bud motif border in similar colours, padded and with seven sewn vertical lines.

There is some slight fading to the border print which you can probably see in the photos. No holes, tears just very good condition.