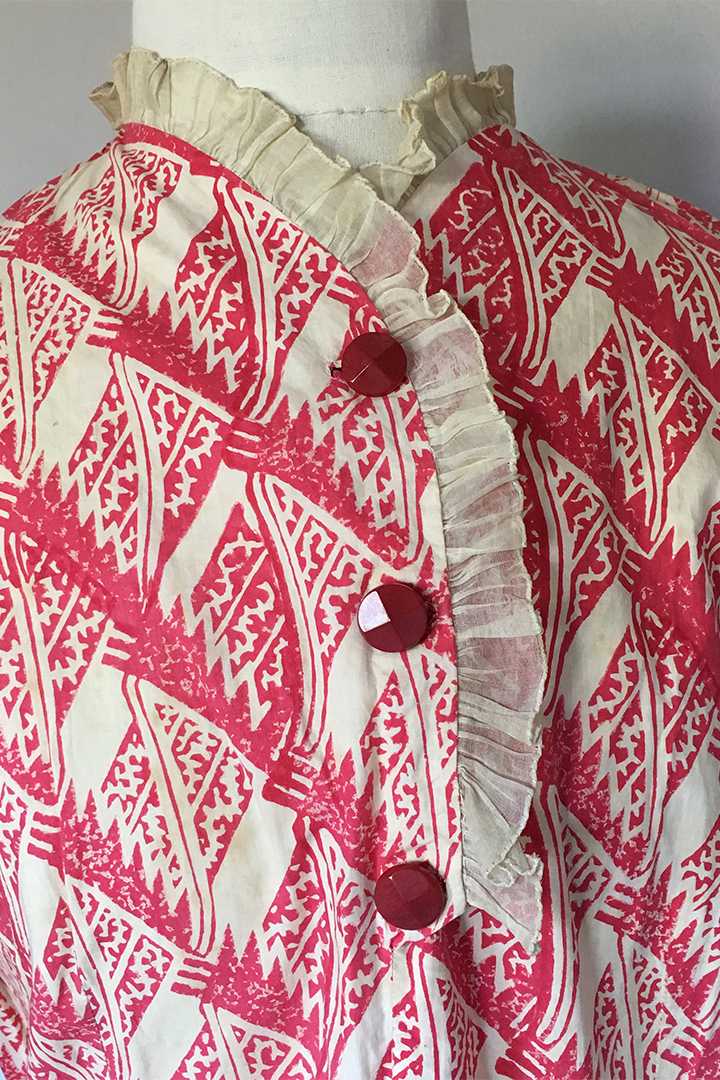 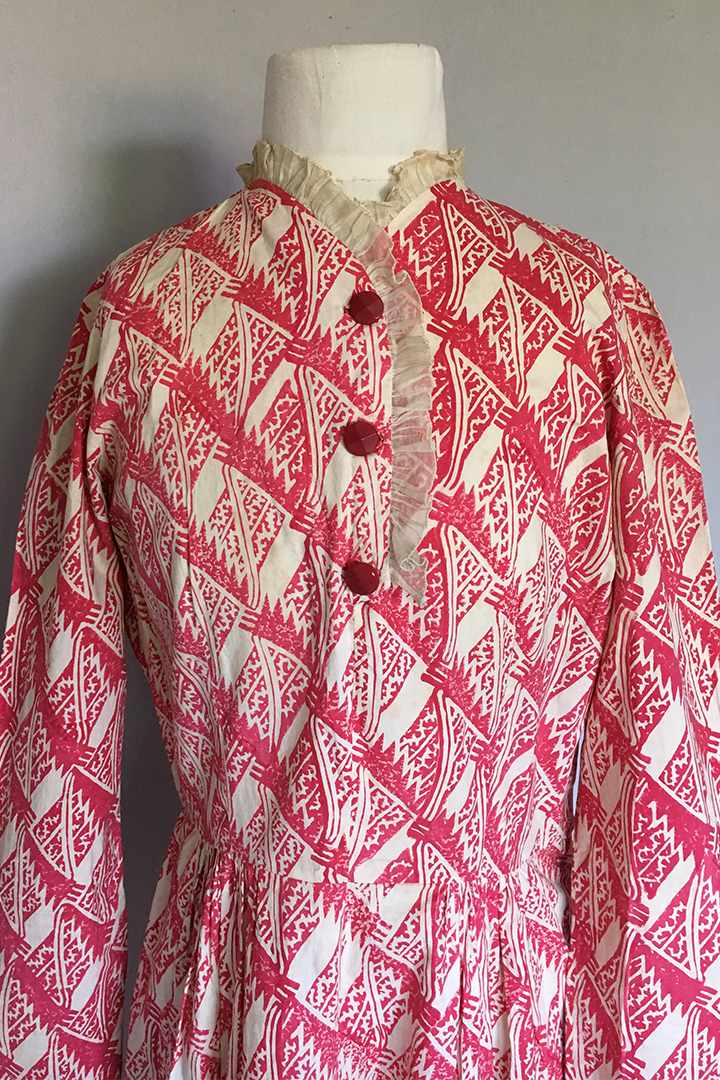 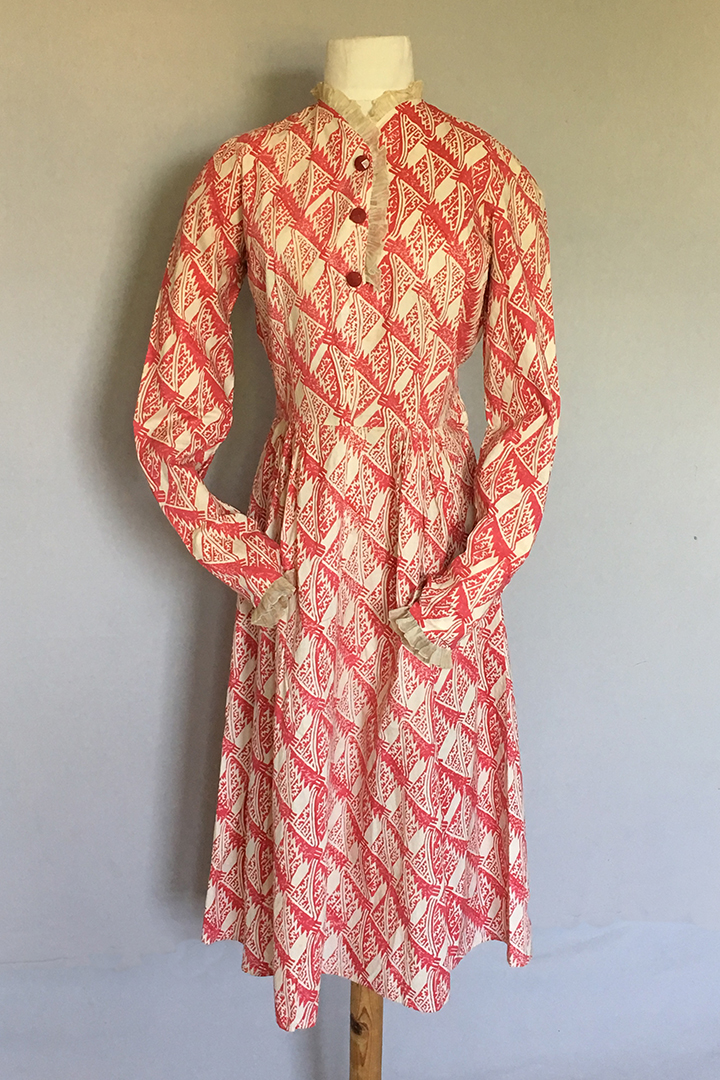 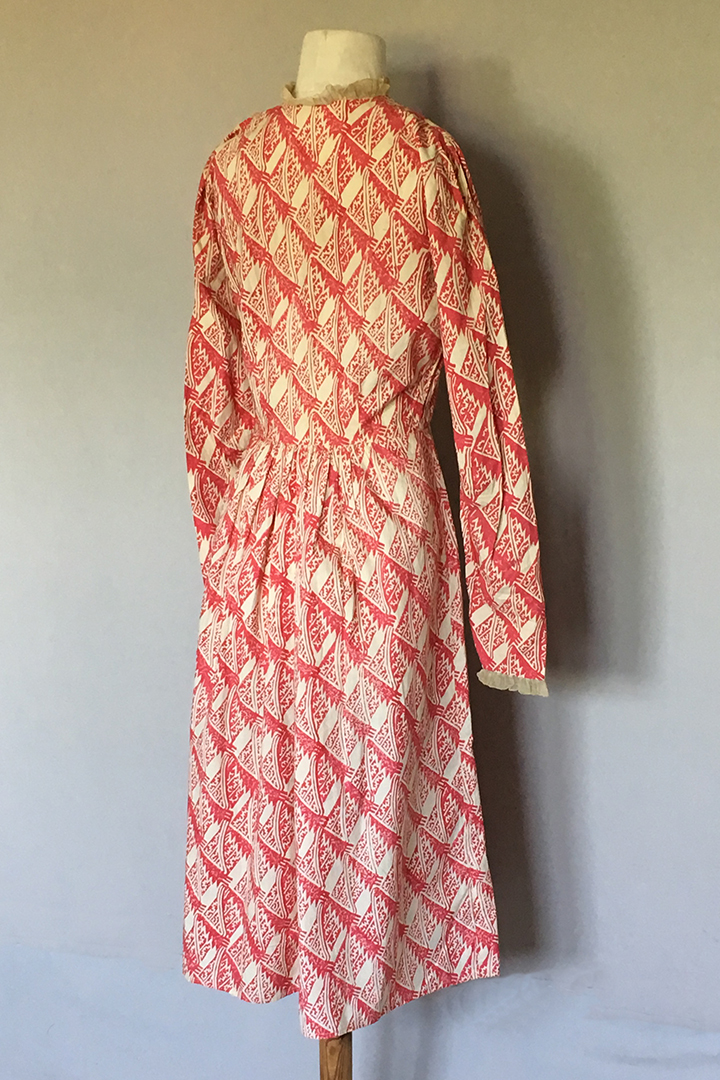 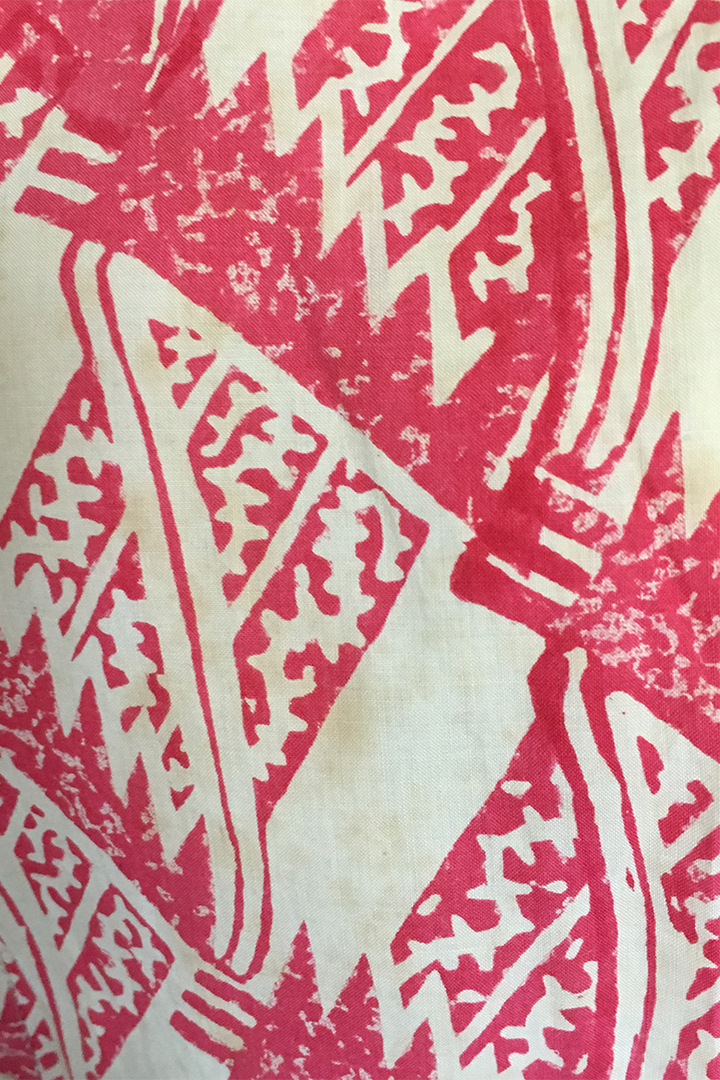 This fabric is called Vernède. Robert Ernest Vernède (1875 – 9 April 1917) an English poet and writer, now remembered as a war poet. Phyllis Barron was 27 when Vernède died. Almost certainly they knew each other for her to name the fabric after him, or perhaps he was more than a friend. With the jagged lines the fabric could be considered angry.  So little is know about her l

The dress is either dressmaker or home made, but very nicely sewn. Unfortunately I have no provenance.

Very good. A couple of very very feint marks to the front, one on the left hand side, as you look at the dress, the other just below the front opening. The dress seems very fresh, so perhaps it was only worn once of twice and put away. It does not seem to me to have been washed.

See: my article on Barron & Larcher in ARTICLES on my website.