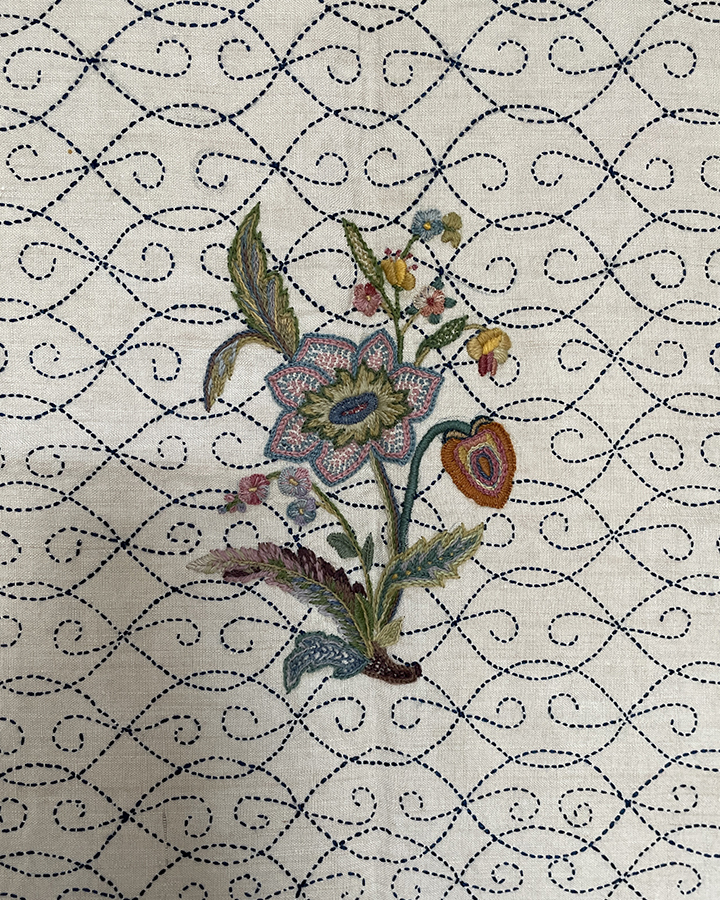 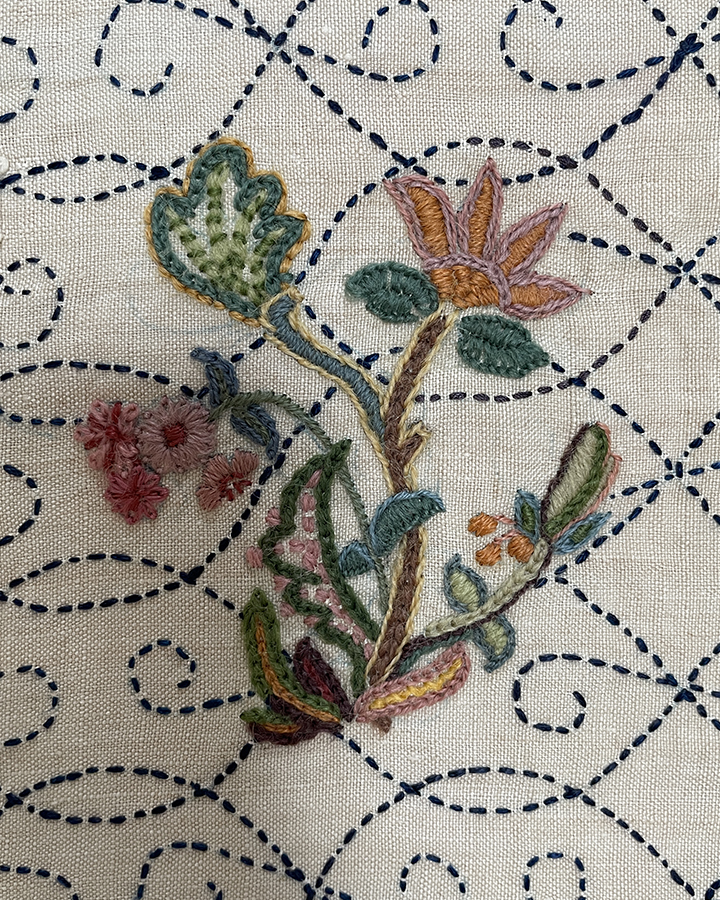 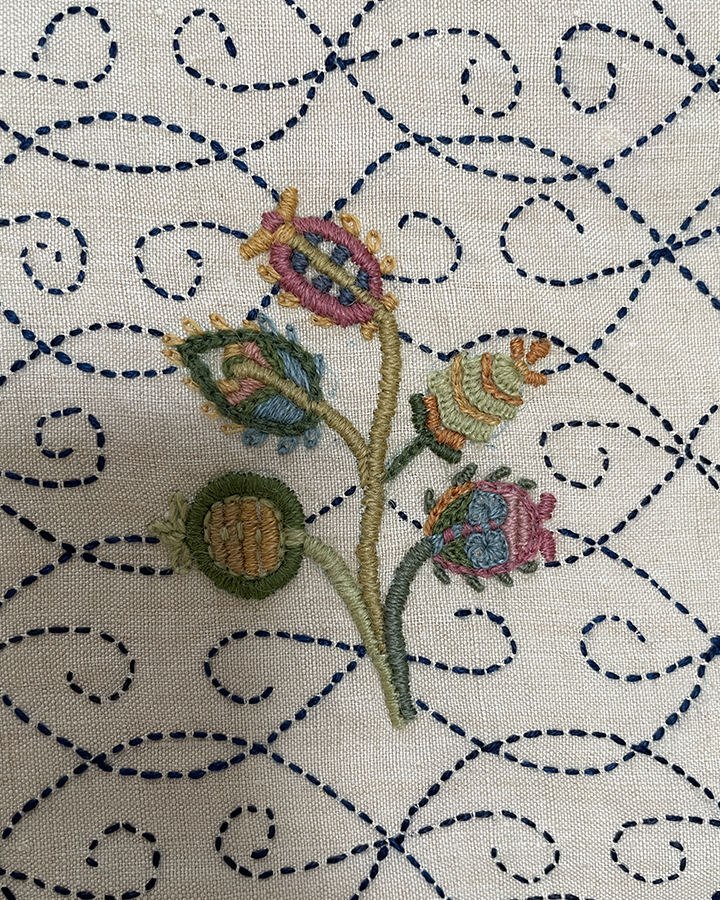 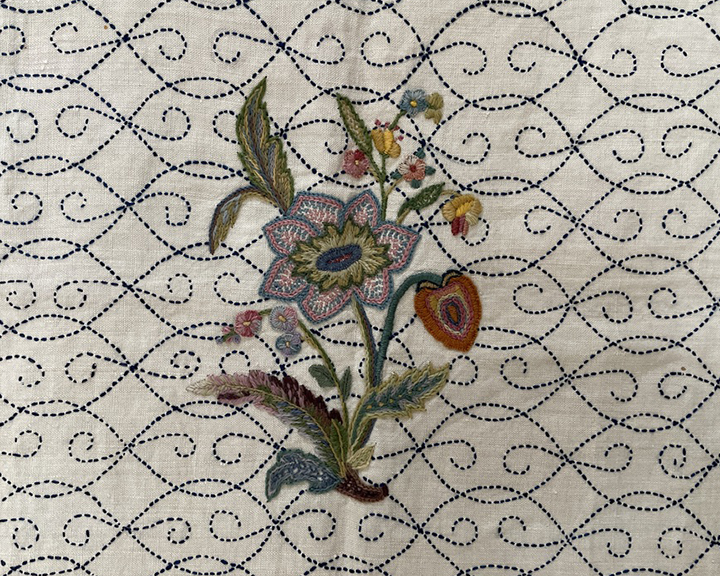 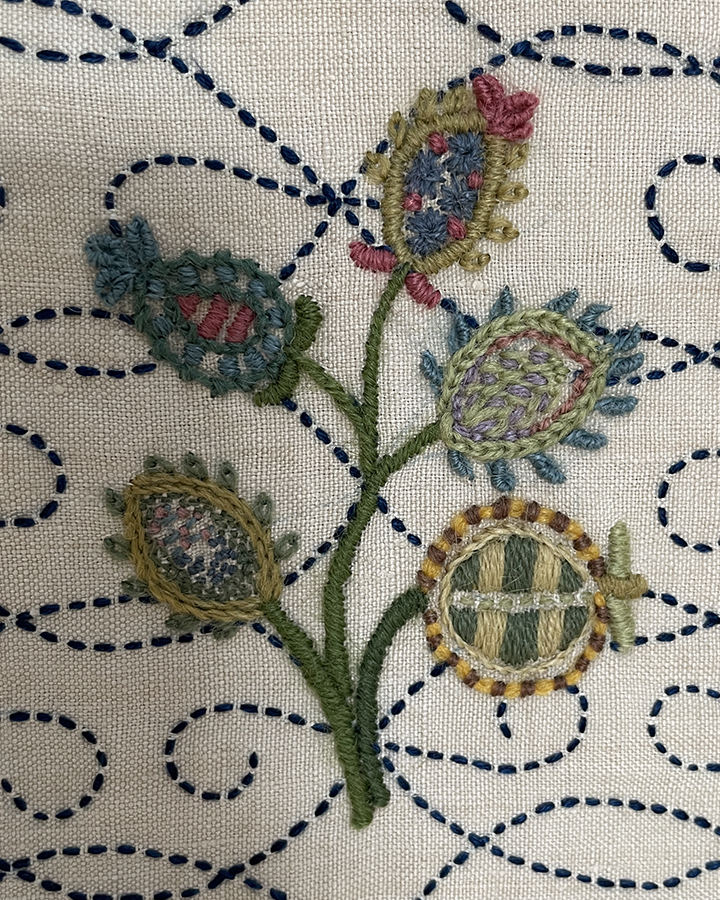 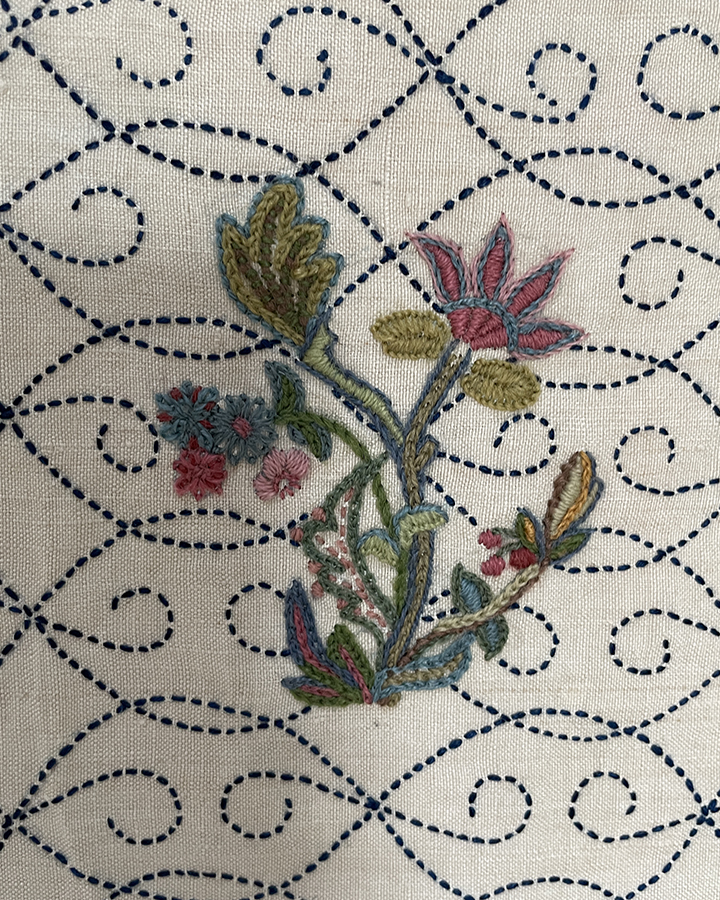 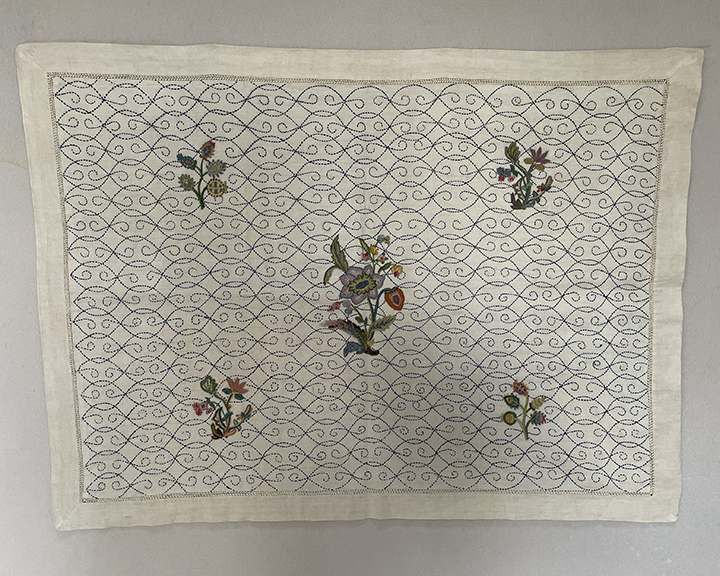 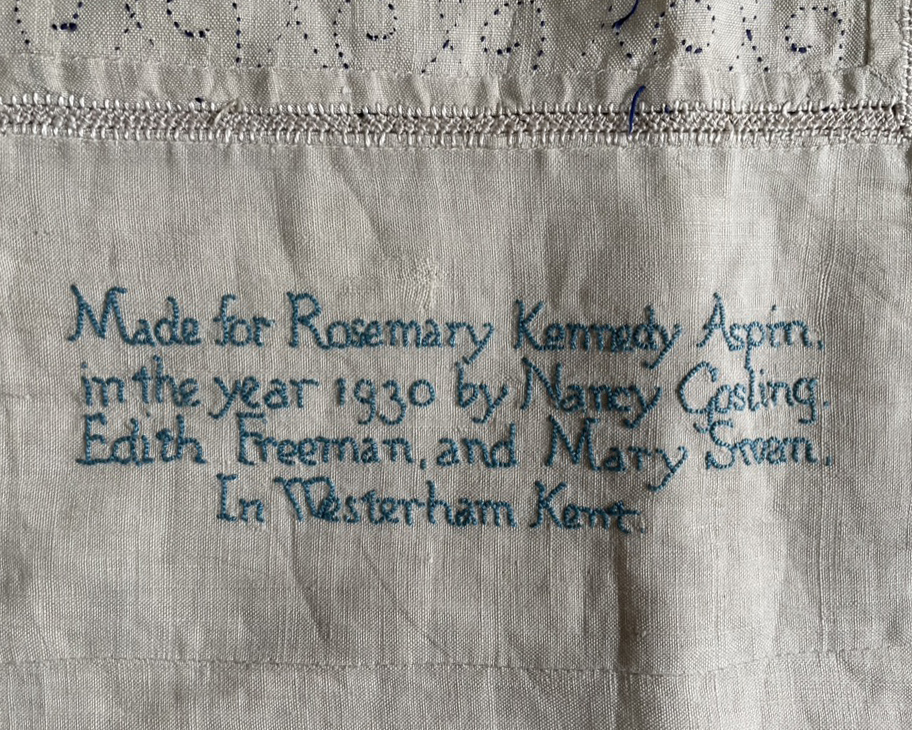 This of course goes with the bedcover. Both pieces are beautifully designed and embroidered. I am selling them separately.

There is a label on the reverse of the bedcover: Made for Rosemary Kennedy Aspin, in the year 1930 by Nancy Gosling, Edith Freeman and Mary Swan, In Westerham, Kent.

Rosemary Kennedy Aspin (1917 - 2009) was one of eight Scottish ladies who worked at Bletchley Park once the top-secret home of the World War Two codebreakers. Why the coverlet and sham were embroidered for her is a mystery. She did not get married and it is not known whether she lived in Kent, where the three ladies embroidered the bedcover and sham. Westerham is near Chartwell - home of the Churchills. In 1930 she would have been 21. We shall never know why this lovely piece was embroidered for her. Was she due to marry and something happened......

A central flowering plant with a variety of species, the four corners with similar but smaller sprays of flowers and foliage, all in worsted shades,  the background similarly worked to the coverlet with indigo cotton interlocking ovals and elongated S scrolls, the border with a double embroidered inset, natural linen ground. 23 1/2  x 31 1/2 in; 60 x 80 cm