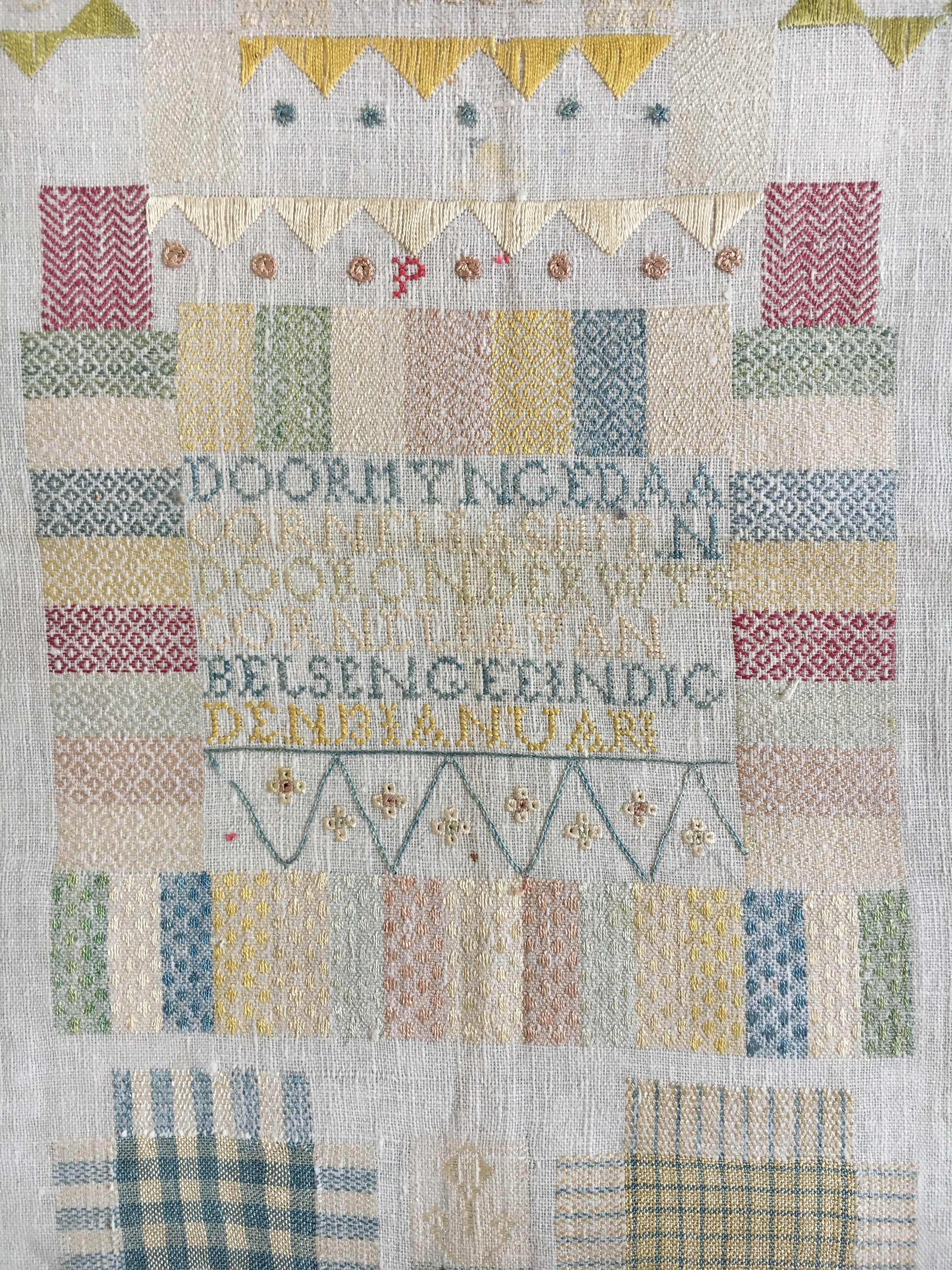 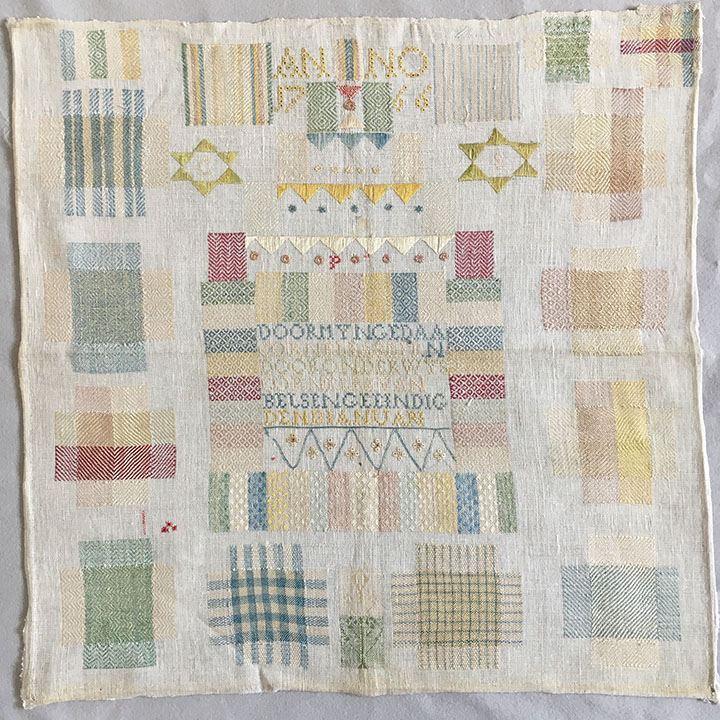 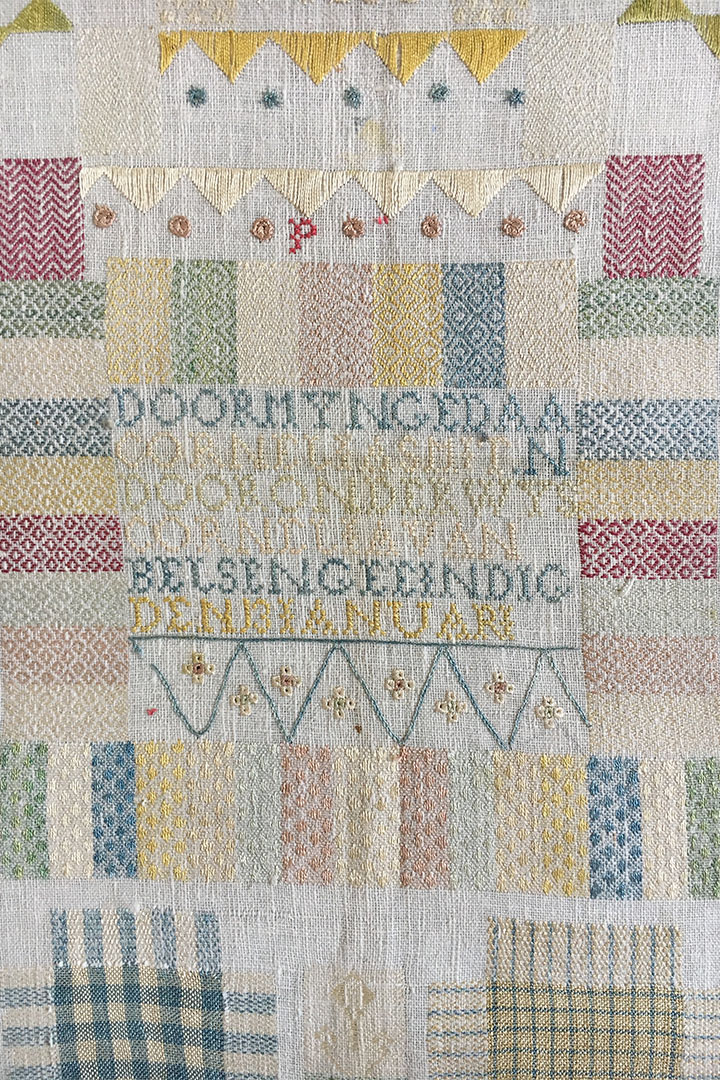 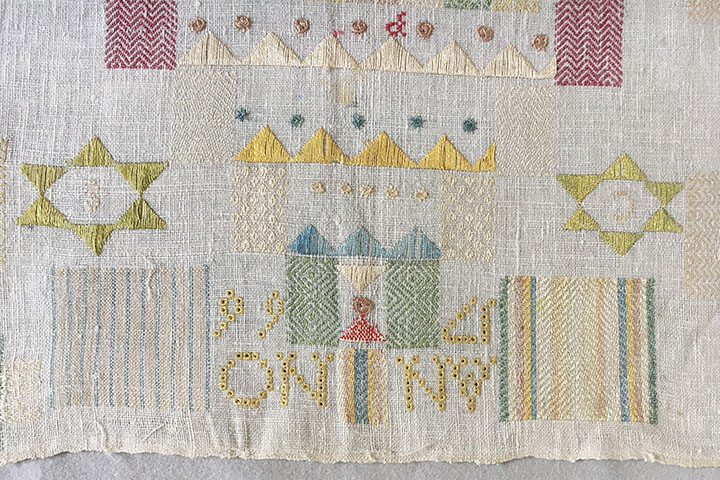 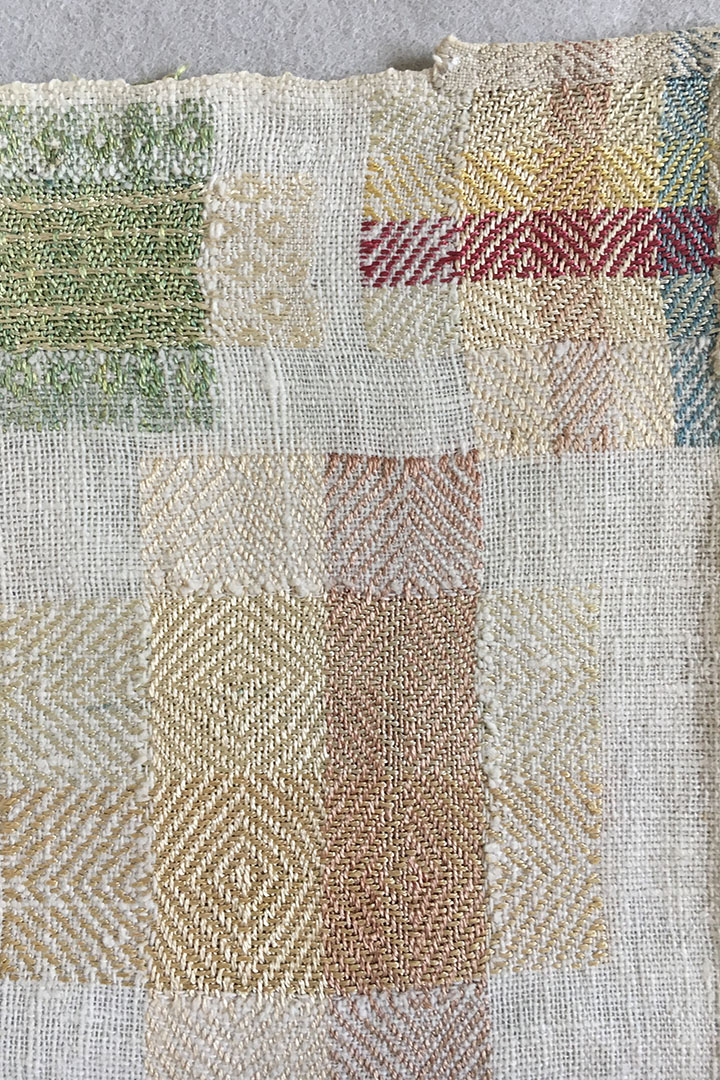 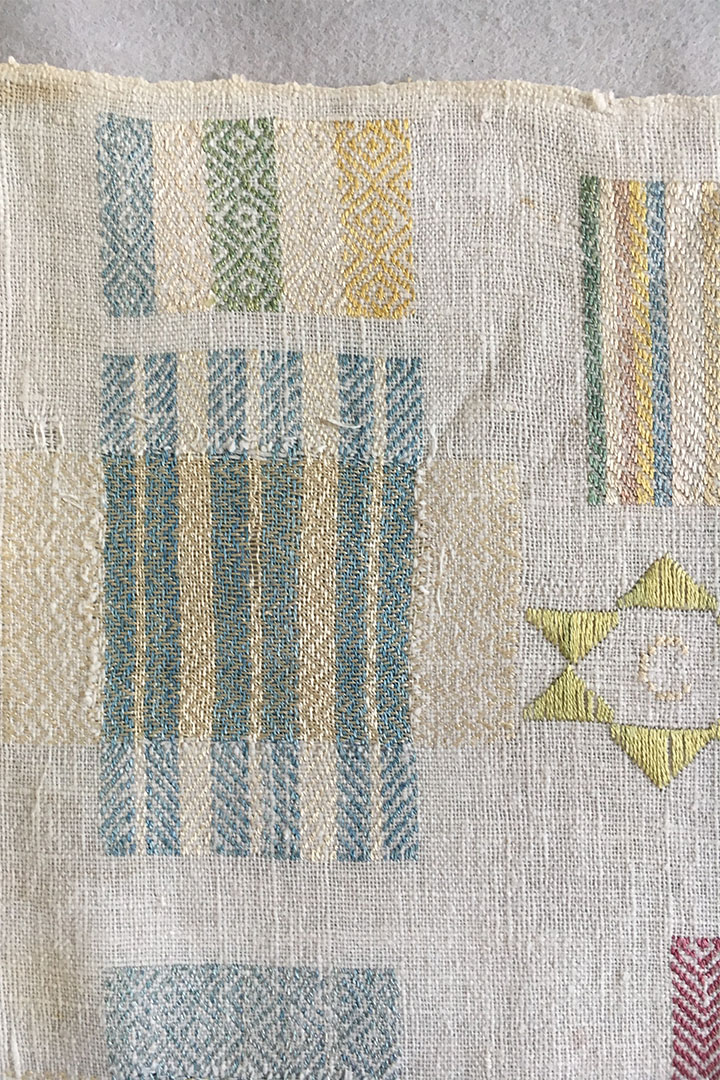 It is marvellous that we know the embroider of this sampler was Cornelia van Belsen, and her teacher was Cornelia Smit.  Cornelia Smit made another sampler now in the Historisch Museum, De Bevelanden, Goes, Holland.  In 1763 she also taught Margriet Adeh and in 1771 Helena van Vollenhove .

This is a wonderful and exceptional example of a Middleburg darning sampler Middelburg Stoplap. The Dutch are considered to be the first to create the darning sampler.

Middelburg is the main town of the former island of Walcheren, one of the islands that create Zeeland in The South of the Netherlands. During the 17th and 18th century the town was, after Amsterdam, the most important centre of the VOC, (the Dutch East India Company) where a prosperous merchant class developed. See the green striped caraco from this town in the current For sale section of 18th c costume and the bergeres in 18th c costume - Sold section.

During the 18th century when items of clothing and household linens were expensive, to the point that they were itemised in people's wills, darning was an essential skill for any girl. Contemporary newspaper advertisements seeking maids, not only required someone for washing , scrubbing and polishing, but one who possesed  darning skills. Those who could not find such an employee  would put sewing work out to skilled needle women.
Girls of all ranks of society would learn these skills, at home or in the orphanages, in the early schools and in private lessons for the merchants daughters.They usually began their sampler at 12 years with a plain piece of linen. Orphan girls in Middelburg learnt darning at Linennaaischool van het Burgerweeshuis in Molenwater.  The teacher would first make a cut in the linen which the pupil would repair with coloured silks, learning the different darning techniques for the various textiles she might encounter.The bright coloured silks would show clearly any mistakes in her work. For many girls this finished sampler would be not only a record of the types of darning but essential for their future life and employment.

One of the striking features of the Middelburg samplers was to work the full name, or sometimes initials, of the teachers. On other Dutch samplers, the teacher was never fully named. Appearently, there was a (healthy?) competition going on between these teachers and they wanted to be known. On few of the figurative samplers, there is a teacher's name on it, in fact, the same names as on the darning samplers.

the square sampler with Anno 1766 flanked by squares of darned work, above two stars with initials C and S, all above a central square with the initial P above
Doormynged AA
Corneliasmit N
Dooronderwys
Corneliavan
Belsengeeindig
Denbianuari
This can be read as follows:
Door myn gedaan (Done By Me)
Cornelia Smit  (teacher)
Door onder wys
Cornelia Van Belsen (pupil)

The book on samplers from Zeeland Door mijn gedaen (Done by Me) by Eef de Jonge-Everaert mainly focuses on embroidery and letter samplers. It was published  in 1998 when the local bureau gathered the data from the seven museums of the area with samplers in their collections.

*http://www.exantiques.nl/   You will find the list of darning samplers, their makers and teachers.