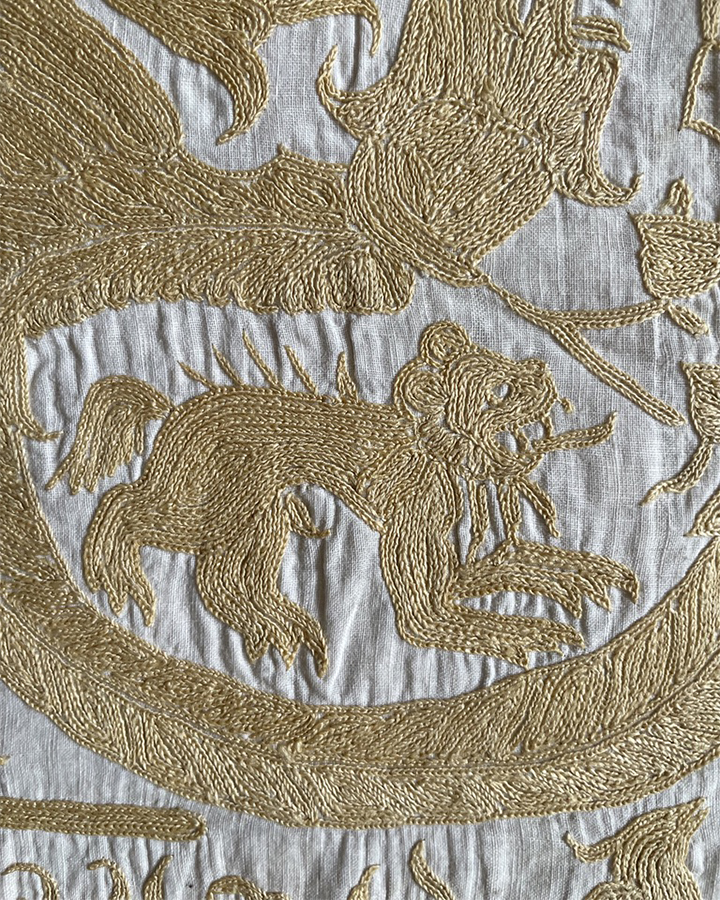 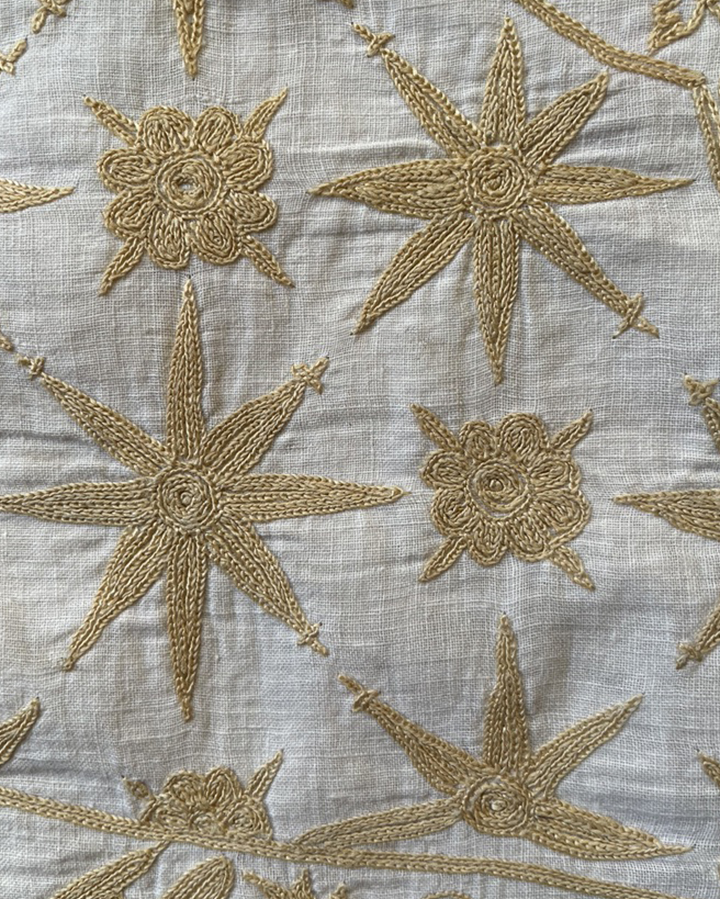 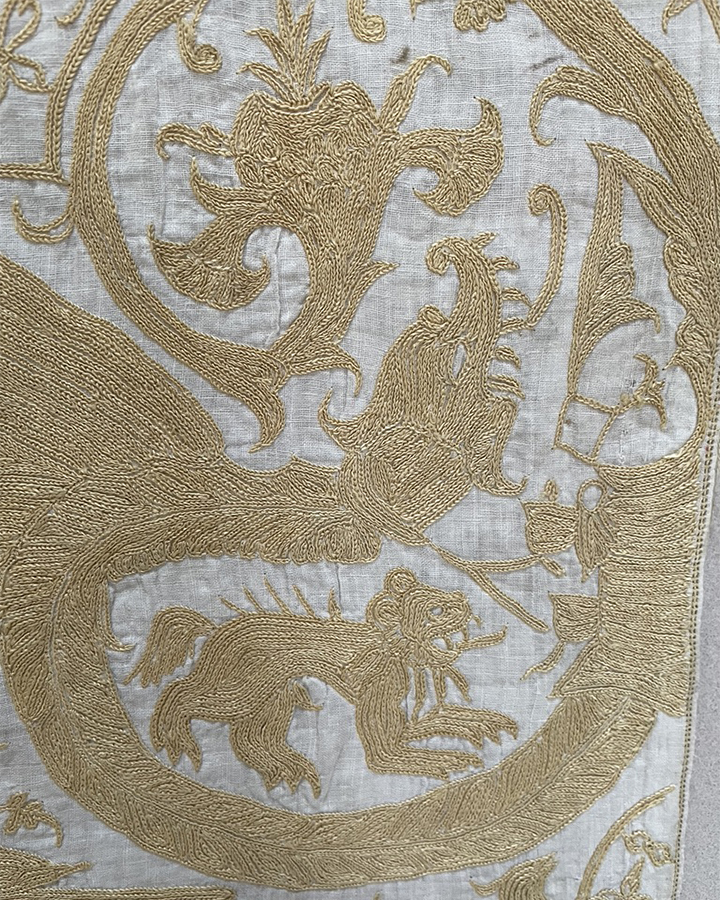 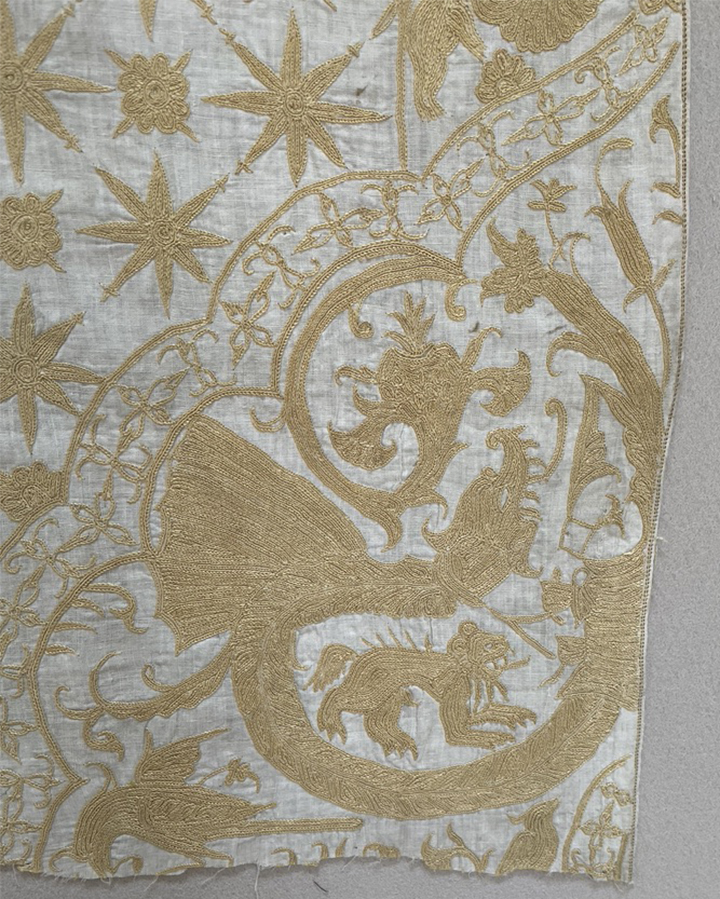 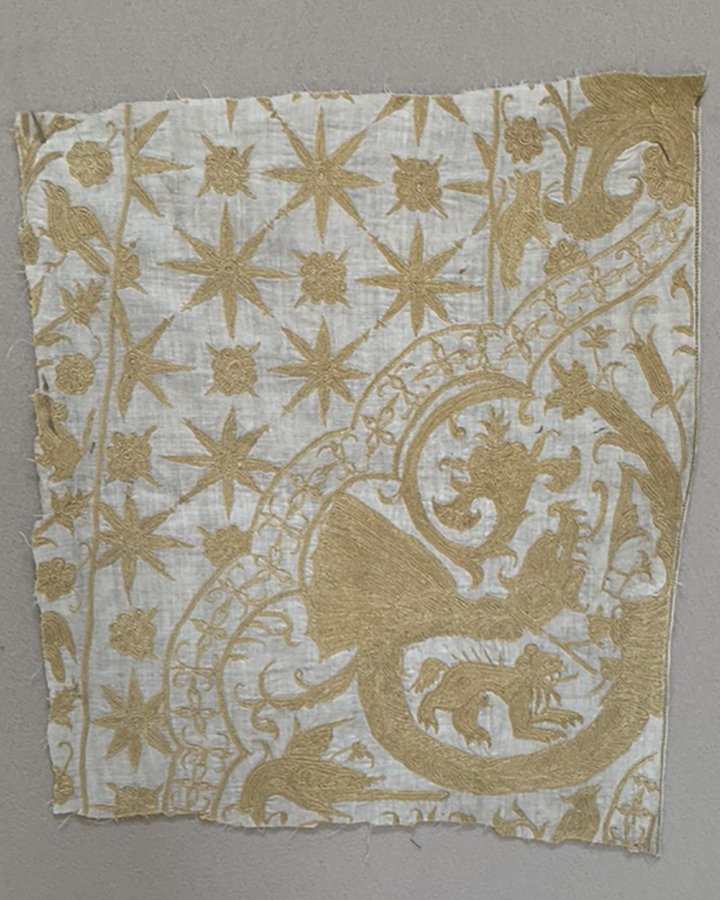 This piece must have been part of one of the quarter medallions at a corner of the coverlet because the lower edge is a finished edge.

A coiling mythical dragon with a lion with outstretched tongue and a bird, within a cusped medallion, a small creature, perhaps a rabbit, in the lower right border, the top border with a rat, the centre filled with spiky stars, the lower edge embroidered, embroidered in tambour in naturally yellow tussah silks on a natural cotton ground.