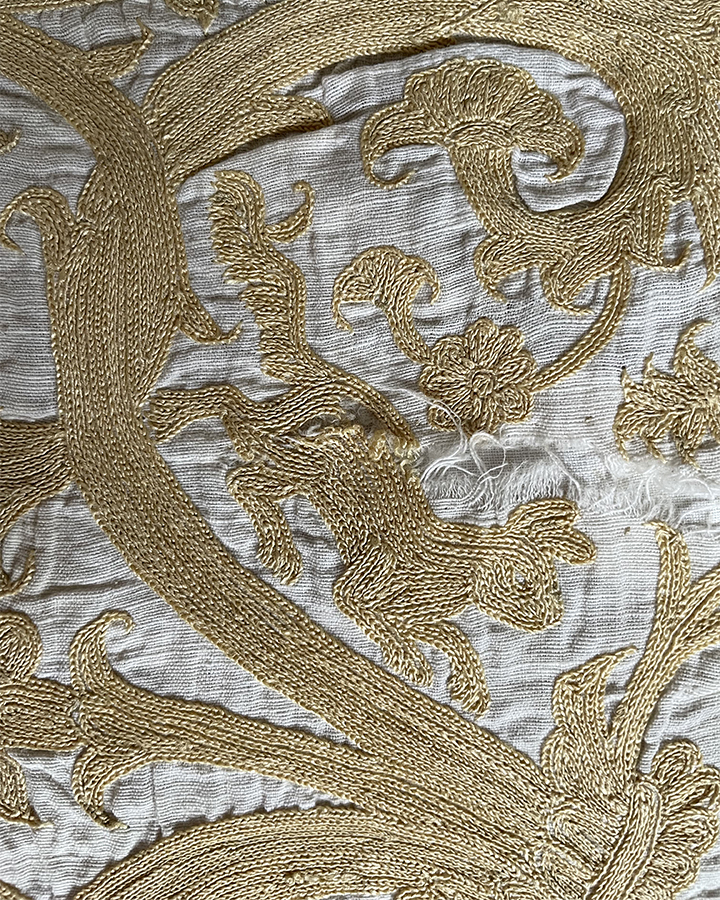 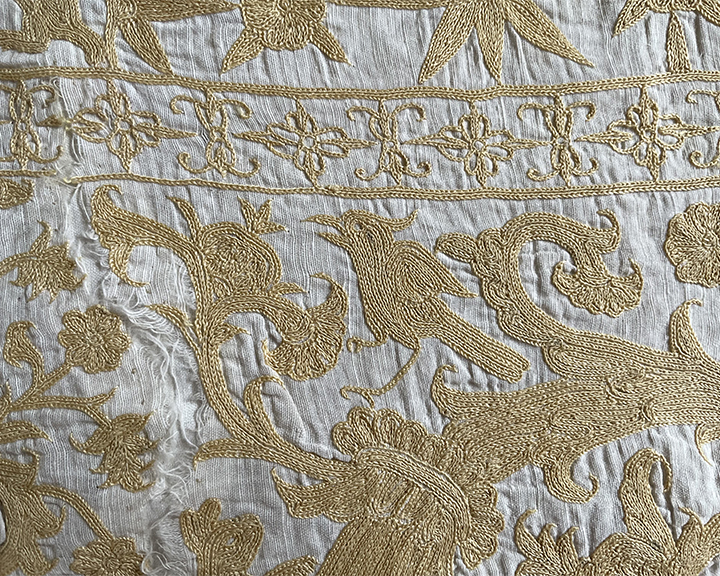 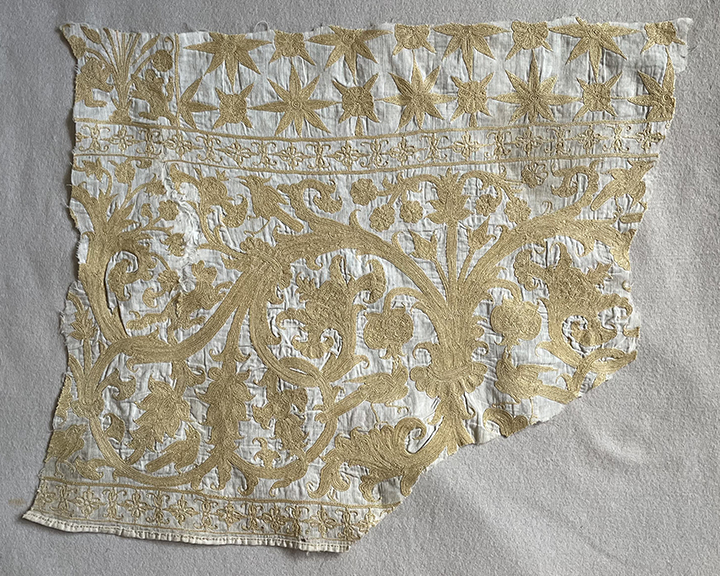 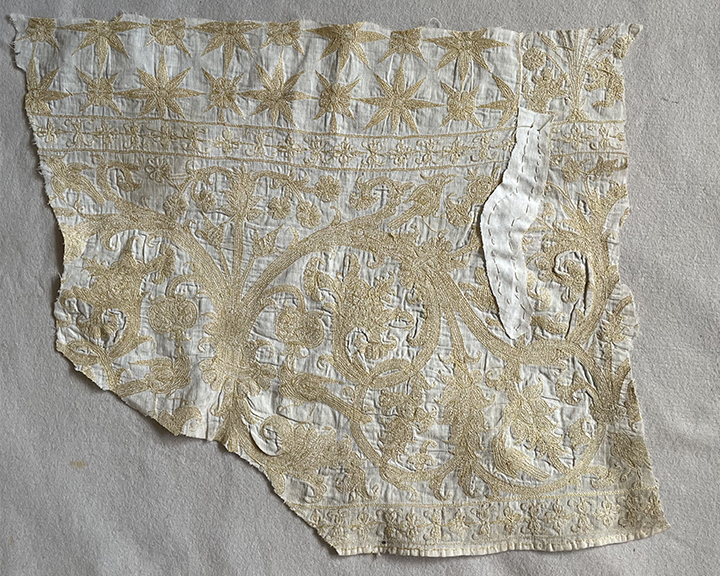 This piece must have been part of the wide borders of a coverlet. The lower edge is a finished edge.

The wide border with intertwined scrolling floral arabesques, a central plant with exotic curving entwining leafy sprays, a small rabbit running along a branch and four cawing birds perched on others, between narrow borders with a repeat design of small stylised flowers and leaves, the top central field with star like motifs. the left hand corner with two small creatures flanking a flowering branch.

Fresh and lovely colour. There is a diagonal tear 4 1/2 in; 11 cm long to the upper left hand side. We have supported this with a piece of cotton and hand stitching, but feel sure a conservator could improve on this!