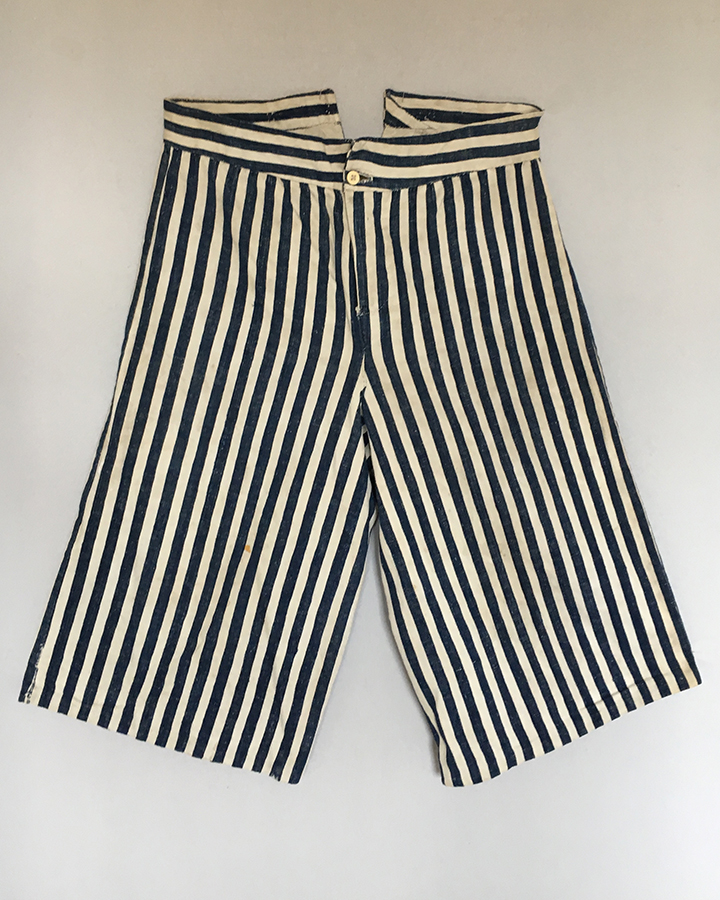 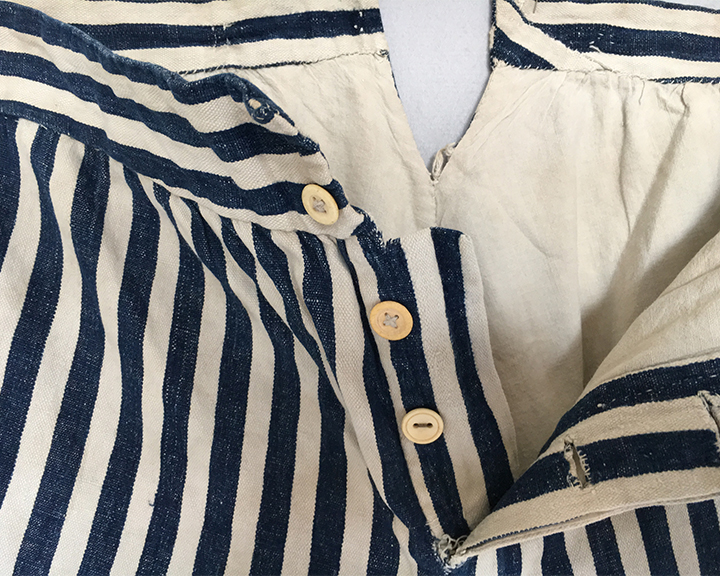 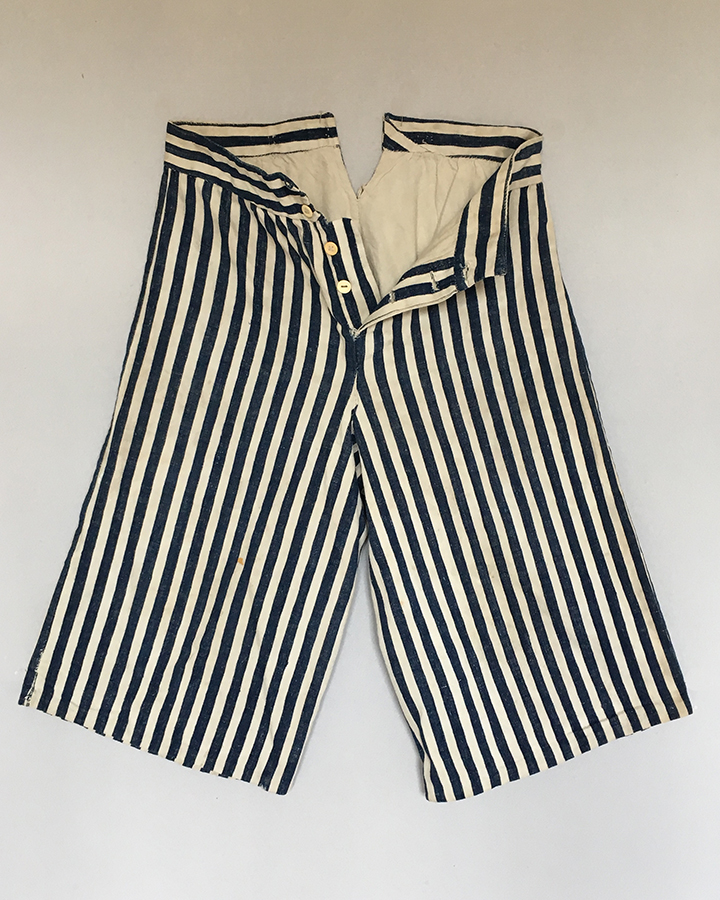 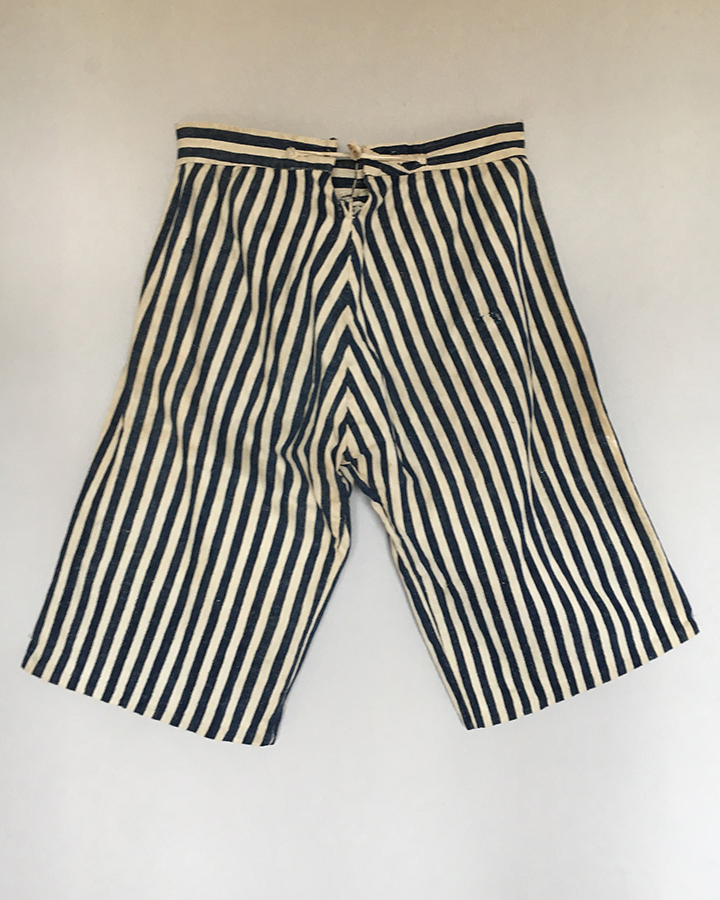 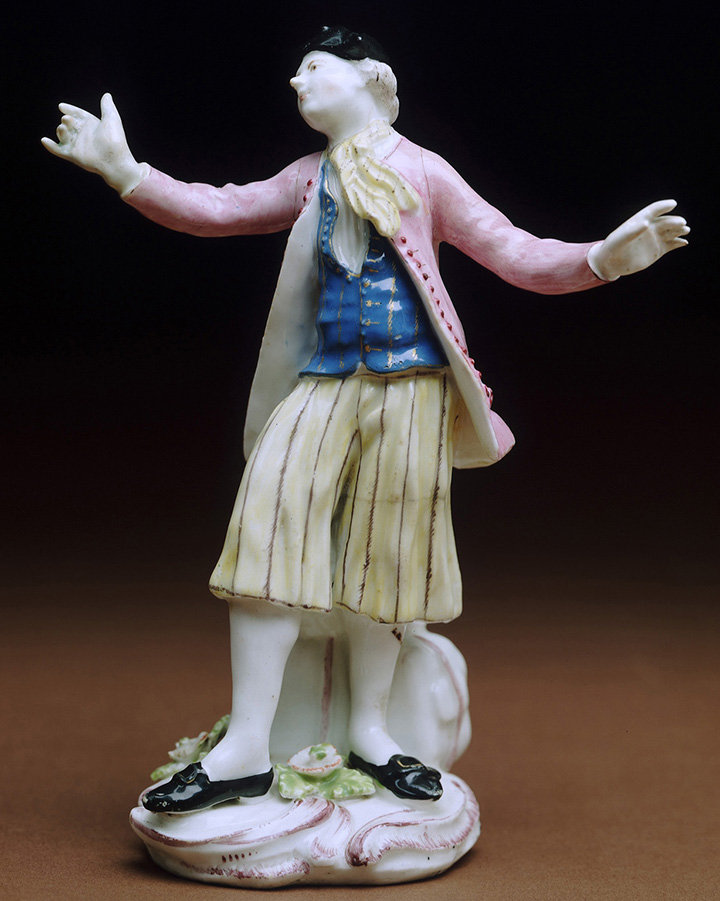 The ‘slop’ system originated in the 17th century, whereby certain articles of clothing and materials, made to specifications laid down by the Navy Commissioners, were sold on board ships to the seamen under the supervision of the purser.  The articles sold seem to have been confined to canvas jackets, waistcoats and underclothing.

The system expanded at the beginning of the 18th century and, judging by Navy Board files, the authorities took great pains to see that seamen were given a range of clothes of good material at fair prices from which to select.    ‘Strip’d breeches’ are mentioned in a contract made by the Commissioners of the Admiralty with a Mr Richard Harnage in 1706, priced 3/3d.  The seaman’s uniform was finally established in 1857, and remains the basis of the uniform in the Navy of today.

I am not sure when these were made so have said 19th century rather than earlier.

Each sailor would adjust the length of the slops according to their requirements as they were bought ''ready made '' from the ship's store. Some of the slops are full length.

The blue and white thick striped cotton short trousers all hand stitched, with a front fastening bone button on the waistband, the flies with two additional bone buttons, all secured with thick twine, the back waistband with linen ties, straight wide legs, the seat area roomy, lined with white cotton.

In remarkable condition for their age and considering they were worn. One buttonhole is a little ragged. There is a small rust stain to the front left hand leg, as you look at the trousers. The back right hand leg has an old darn using linen thread. Very slight discolouration at the back crutch area.

The hem of one leg is slightly uneven. The sailor would have adjusted the hems to suit his particular size and perhaps his sewing skills were not so good.