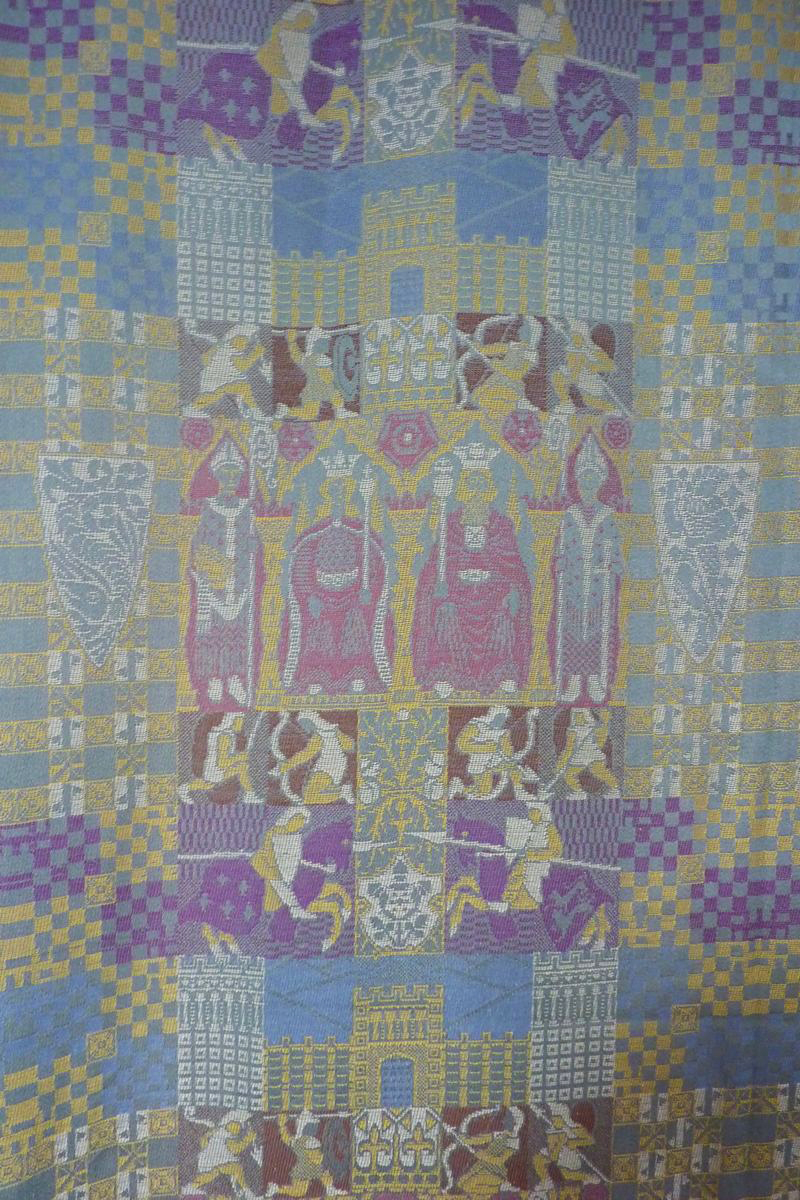 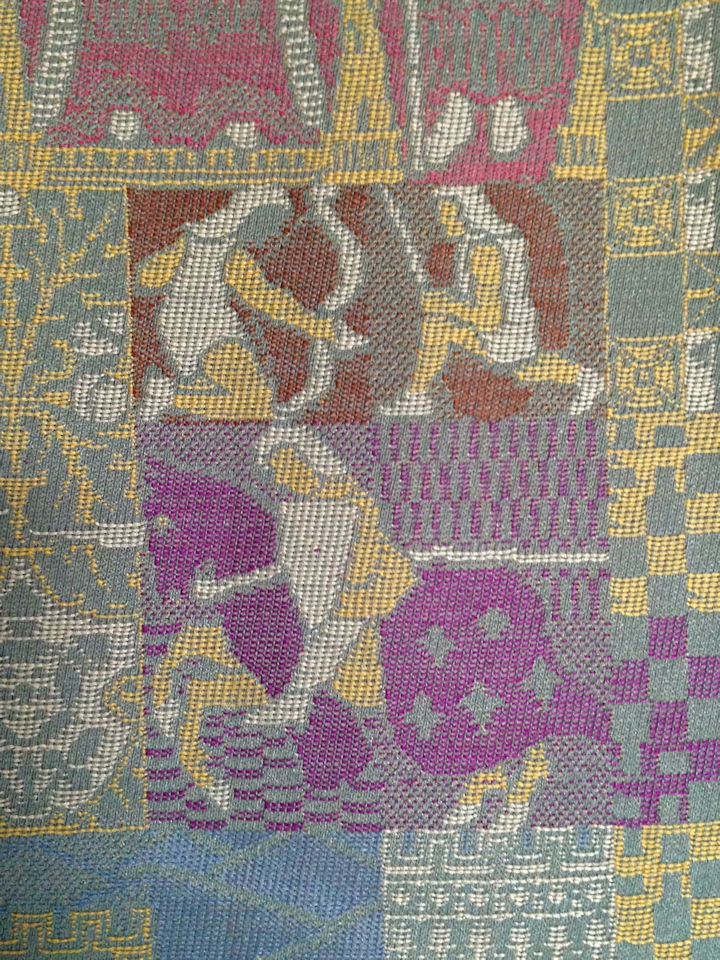 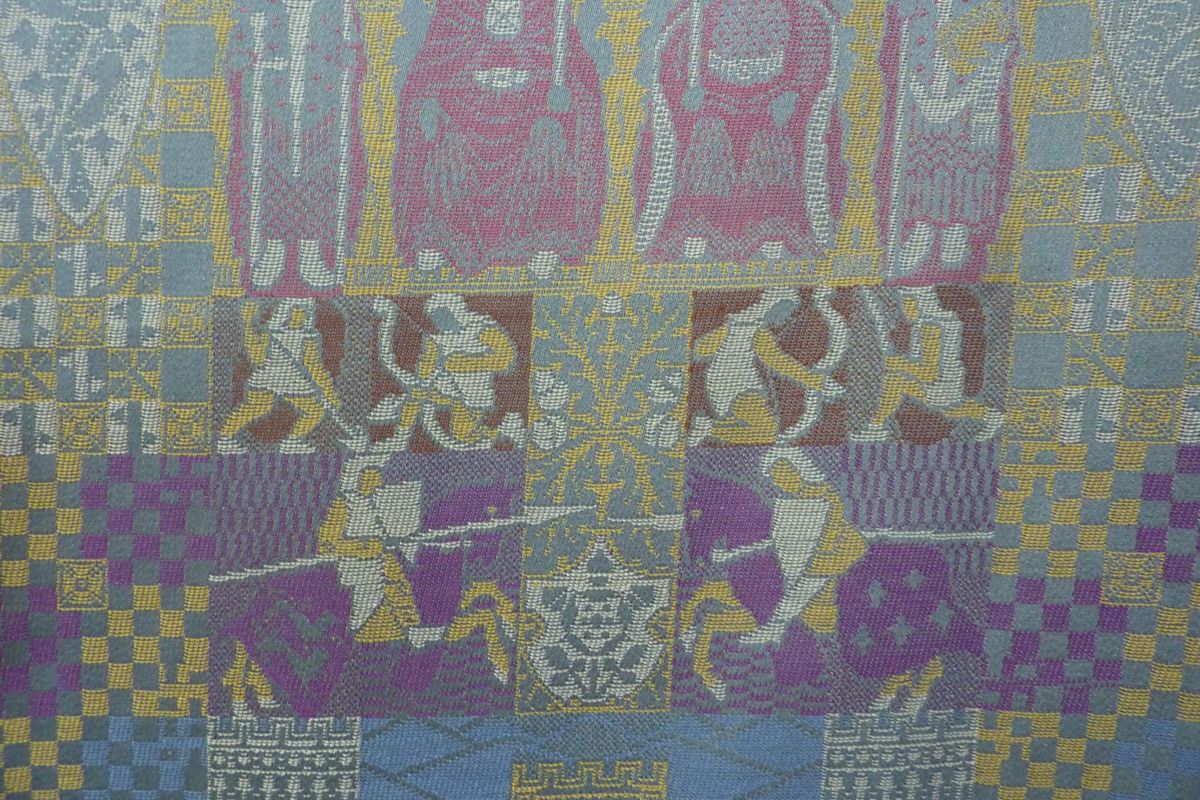 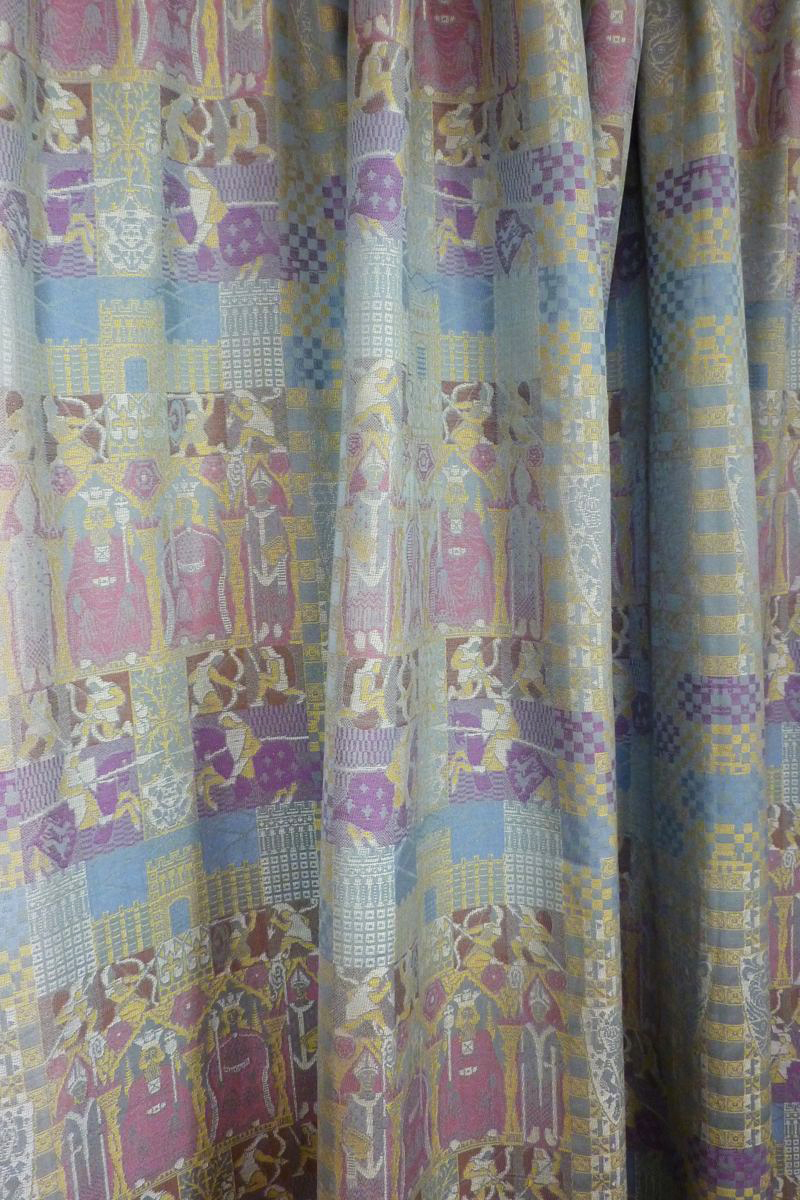 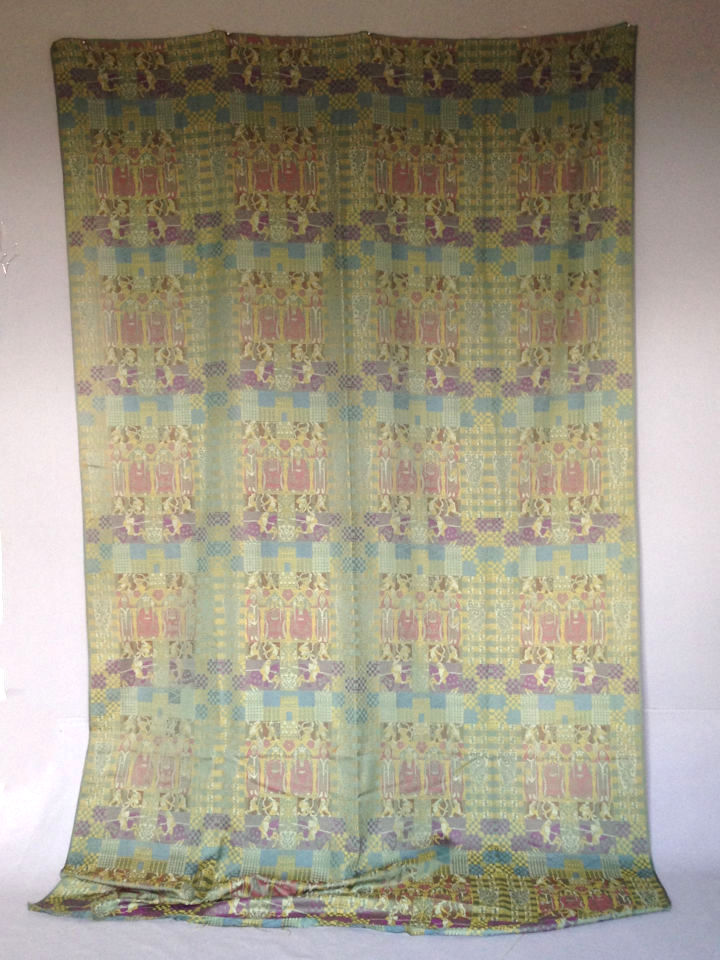 The St Edmundsbury Weavers were an important British company reviving hand loom weaving in the early 20th century. This length of changeable iridescent silk is really beautiful and the subject matter intriguing.

This beautiful silk version of Chessboard is an expanded design of the black and white length I have. Edmund Hunter (1866 - 1937) studied art in Munich setting up as a designer of wallpapers and textiles on his return to London. He learned weaving and set up a workshop in 1901, the St Edmundsbury Weaving Works at Haslemere, Surrey where he employed Spitalifelds silk weavers. He and his wife moved to Letchworth in 1908 and added power looms on which silk dress and furnishing fabrics were woven. The business was brought by James Morton and became the nucleus of the Ednburgh Weavers. Hunter retired in 1930. Several of his pieces were exhibited in the Victoria and Albert Museum's 1952 Exhibition of Victorian and Edwardian Decorative Arts

Chessboard designed by Edmund Arthur Hunter, woven on a power loom in soft iridescent shades of green, blue, mauve, maroon, silver and yellow silk with a medieval king and queen flanked by bishops in a medieval gothic church, above and below of jousting knights and archers, all between further chequerboard panels with crosses and figures in shields, acorns and oak leaf foliage, repeat 13 1/2 or 34 cm  sq; the whole piece 89 in x 53 1/in wide or  2.26 x 1.36 m wide  (selvedge to selvedge)

V & A  c 799-1967, The V & A have 52 different St Edmundsbury textiles. Several of his pieces were exhibited in the Victoria and Albert Museum's 1952 Exhibition of Victorian and Edwardian Decorative Arts

See ARTICLES for more information on the company.