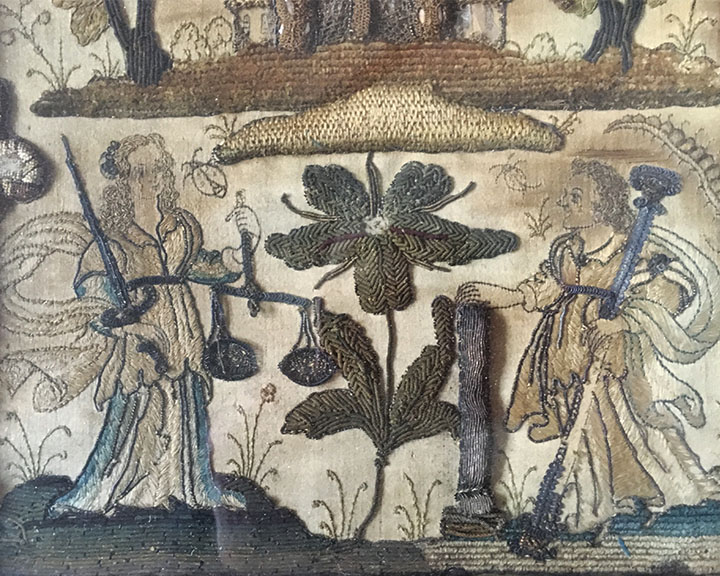 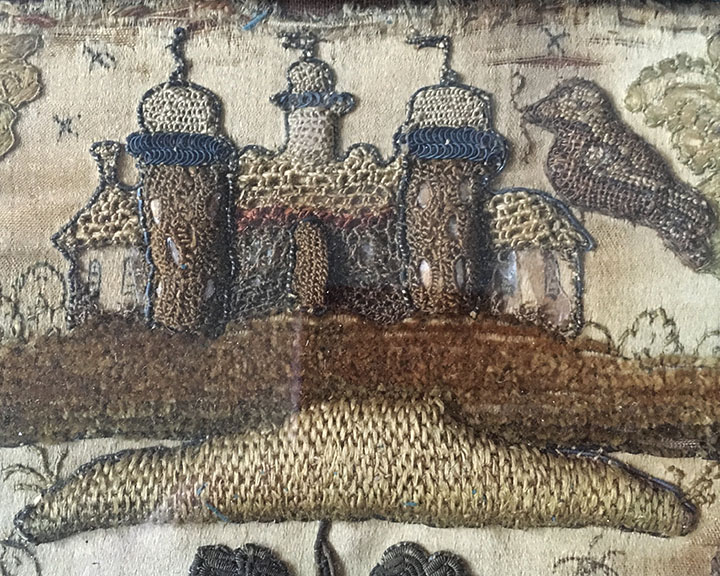 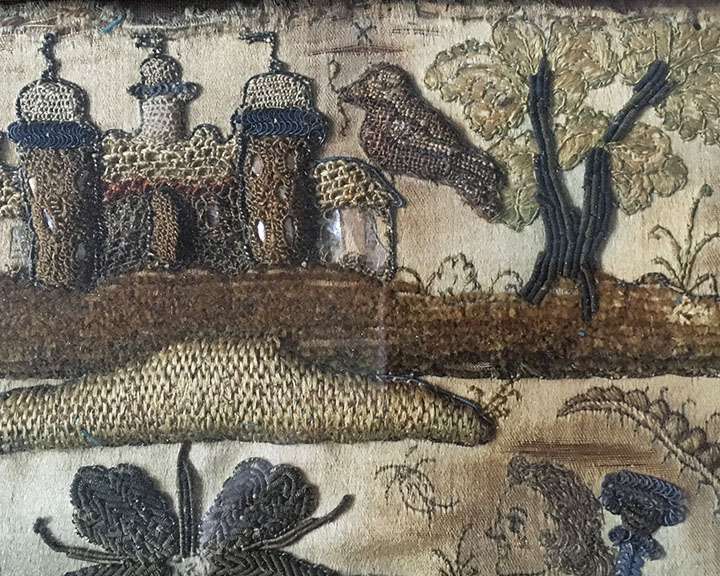 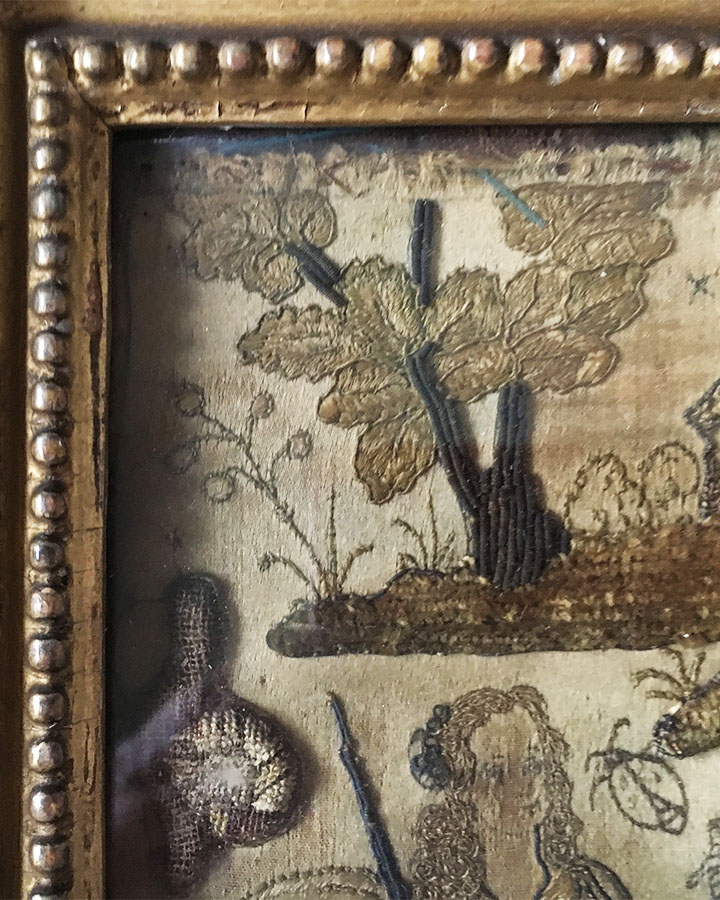 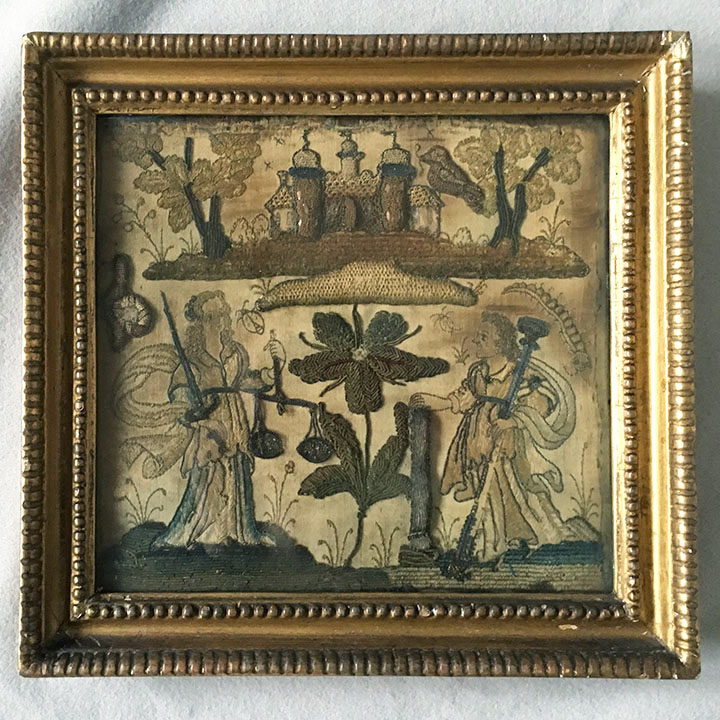 Stumpwork is a Victorian term and should really be called raised work. This panel is almost certainly from a casket depicting two allegorical figures of Justice and Fortitude. Allegorical subjects are fairly rare in seventeenth century embroidery, with biblical and royalty being more usually found. Despite much of the colour having faded it is a real delight with the large out of scale raised work snail to the left hand side and the bird perched on the castle. Some drawing can be seen in Justice's hand and the castle's windows, which is always good to see. Although the frame is not original it looks very good.  For someone who can't afford a mint condition example but is interested in embroidery techniques and the delightful naive scene this would be ideal.

The classical figures of Justice and Fortitude embroidered in silk robes, the former with scales, the baskets worked dimensional with silver wires, her sword couched in silver metal, the later holding a stave and with one hand on a broken raised work column, on metal thread or silk embroidered hillocks, standing either side of a large flower worked entirely in coiled metal thread, all below a raised work snail and an embroidered caterpillar and ladybird, the upper area with a raised work castle with mica windows, flanked by oak trees and a large bird, all on chenille grass and a raised work hillock, the embroidery all in muted shades of blue, green and ivory silk, the background ivory silk satin, 18th century gilded frame.

The colours have faded and it is generally grubby. The embroidery really needs to be removed from the frame by a conservator and given a gentle clean. The very top of the embroidery, almost hidden by the frame, is split. This only really shows if you tilt the frame.  A little piece of blue paper has dislodged from the side of the picture, from under the frame and I am disinclined to remove the back to take it out.  I'll leave it to a conservator. We can arrange this for you.

Twixt Art and Nature. Englsih Embroidery from The Metropolitan Museum of Art 1580-1700 edited by Andrew Morrall and Melinda Watt.