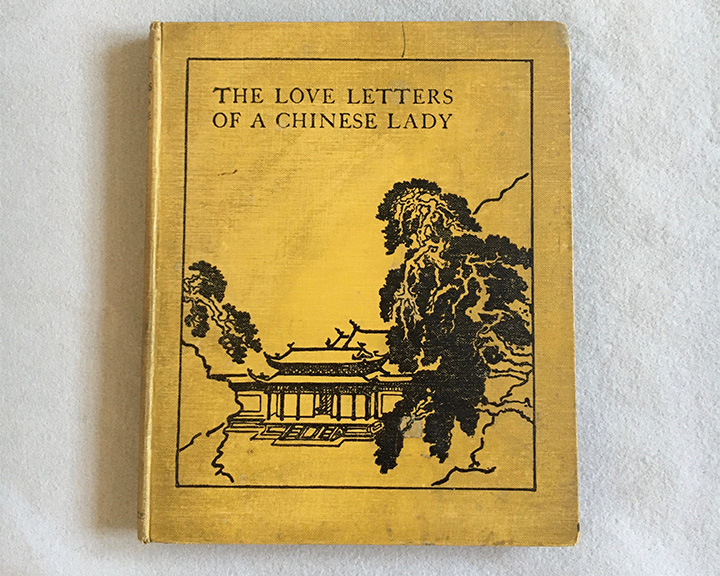 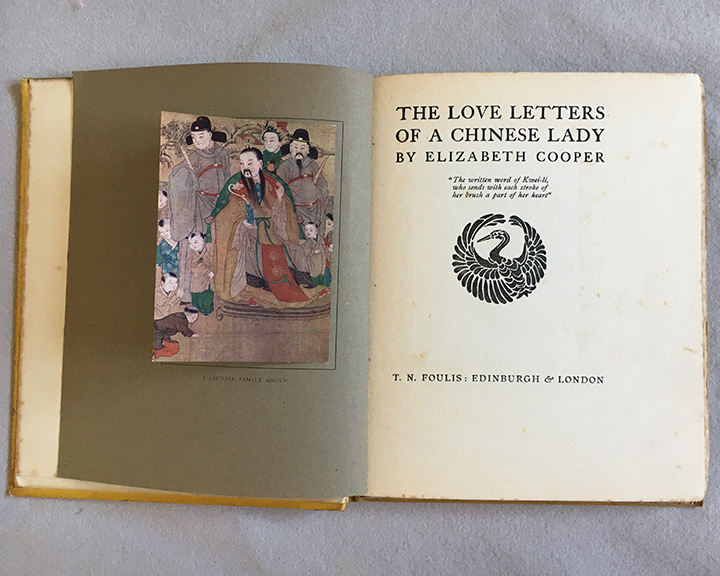 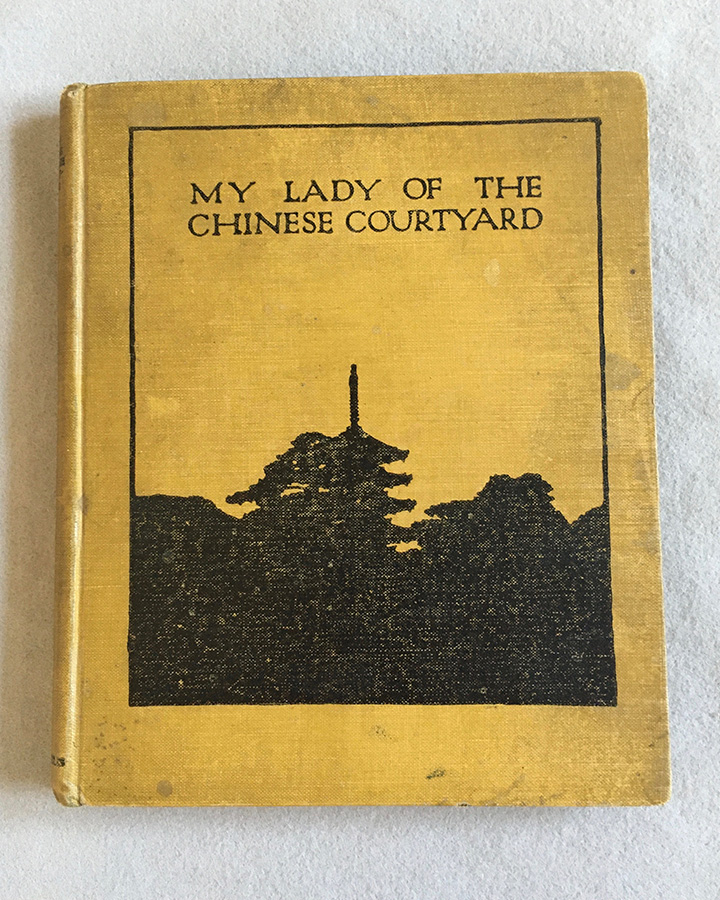 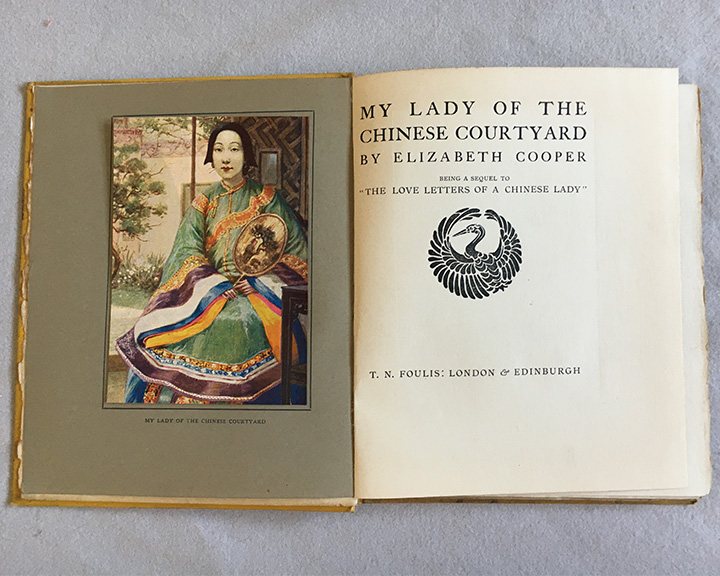 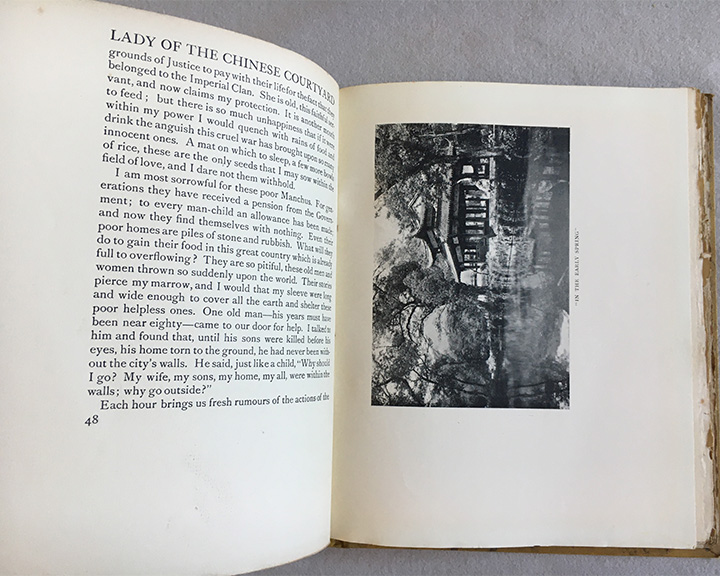 The Love Letters of a Chinese Lady
1919

I have been having a sort though of my library and decided to sell these two charming books. I bought this book and My Lady of the Chinese Courtyard by Elizabeth Cooper probably 35 years ago. They make for a delightful and informative read into Chinse society at the turn of the 20th century. The pages are printed on hand made paper. Twelve black and white photos and a colour print in the frontspiece.

I would like to sell both books together at £40.

The books composed of letters, tell the life of a Chinese lady Kwei-li, the wife of a very high ranking Chinese official, shown to Elizabeth Cooper by her husband, after her death. Written to her husband, a very high Chinese official, when he accompanied his master, Prince Chung, on his worldwide trip. Kewi-li was the daughter of a viceroy of Chih-li, one of the forerunners of the educational movement in China, who educated his daughters along with his sons. There is mention of bound feet, indigo dyeing, make up, gifts of silk etc.

Both books have slightly grubby Imperial yellow fabric covers. All the pages are in tact.  There is quite a bit of foxing in The Love Letters book.  BUT they are old!