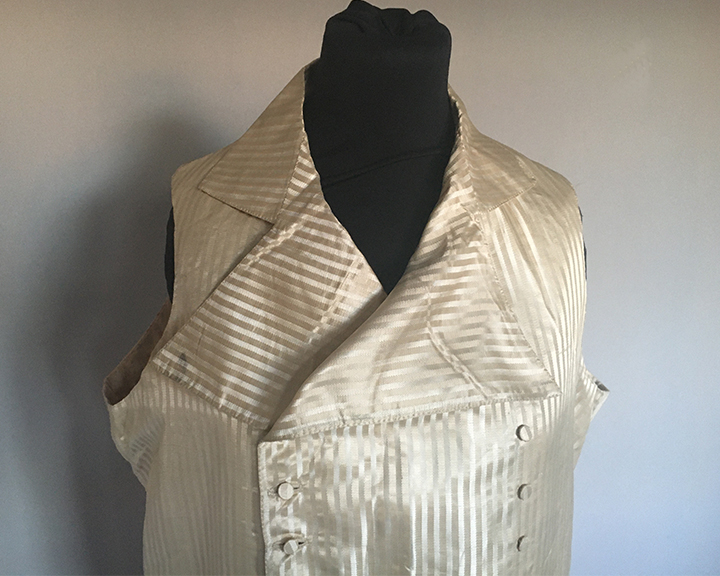 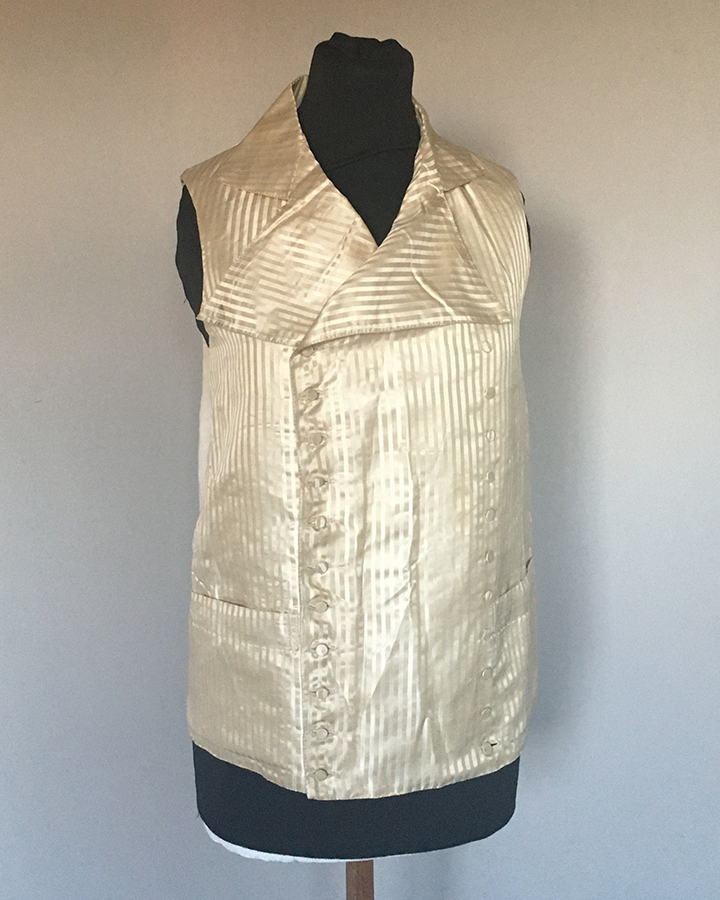 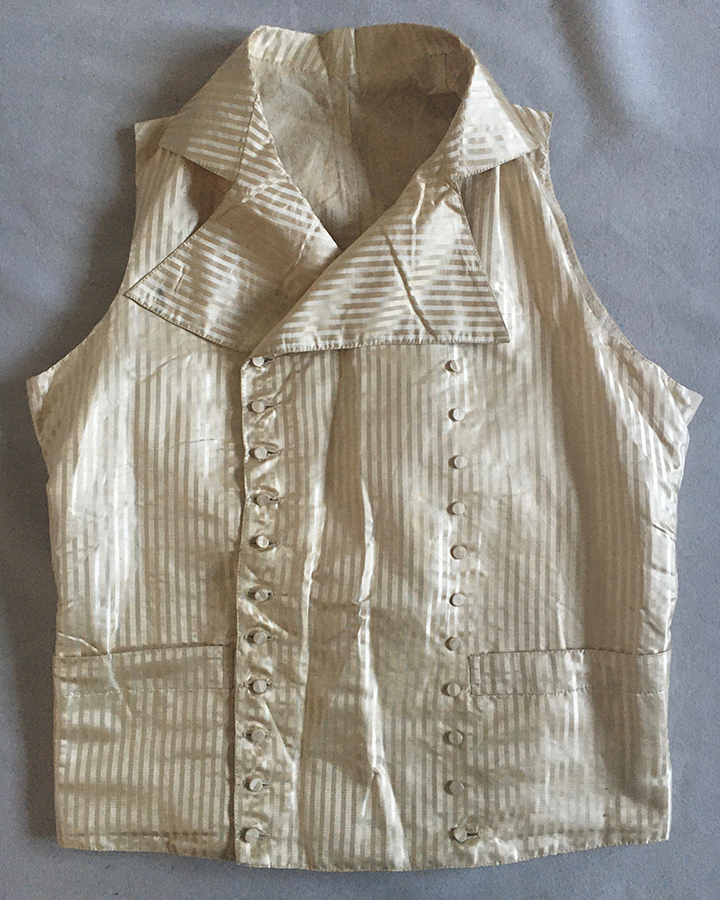 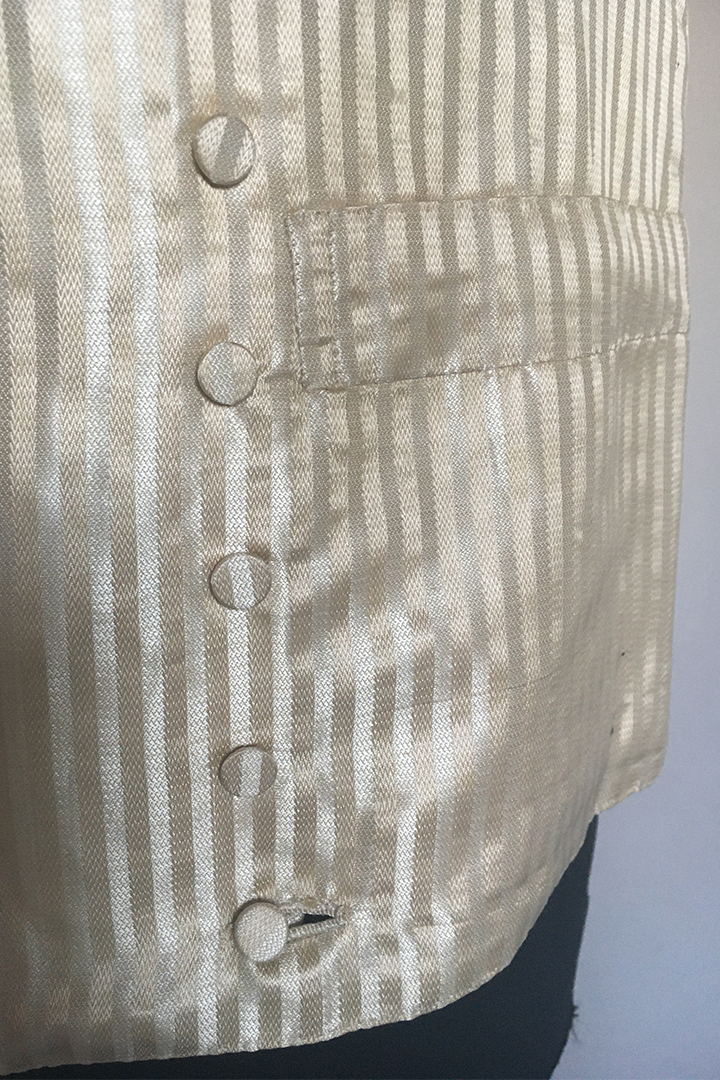 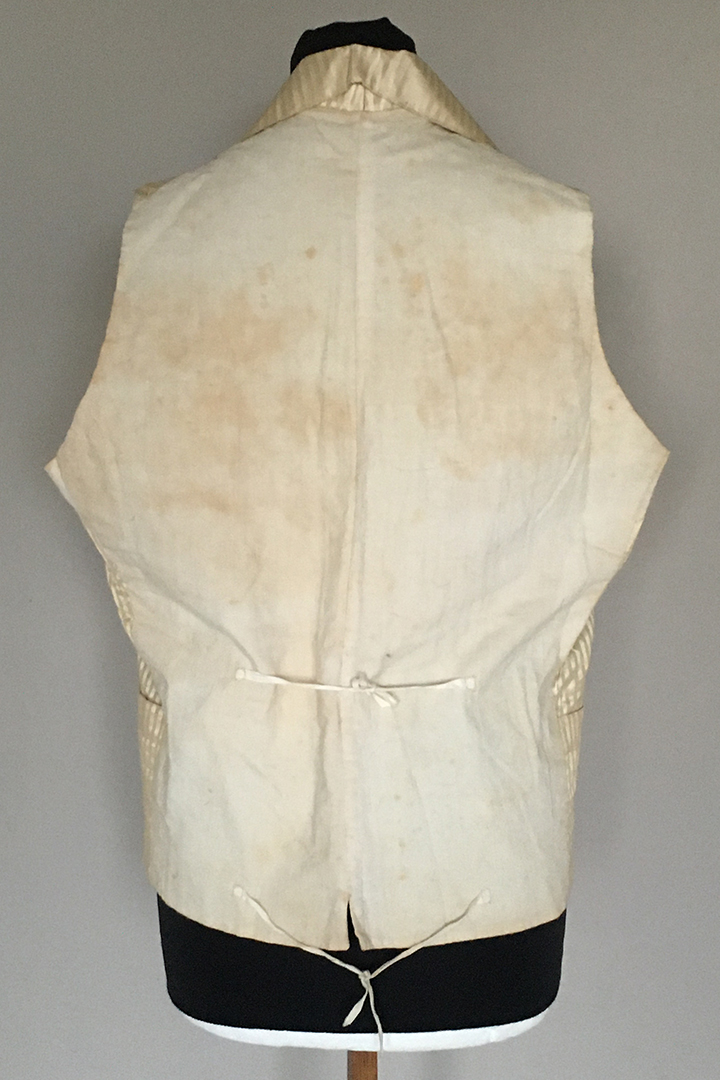 Huge lapels reaching right across the body. I like the way the last right hand side button is on the under flap, so holding it firmly in place, with the buttonhole on the upper flap. This was worn by Thomas Crewe Dod(1754-1827).

Very very good. There is a small black mark 1 x 1/2 cm to the left hand lapel point. Two black dot marks to the lower right hand side front. The cotton lining is marked but this does not come through to the front brocade.