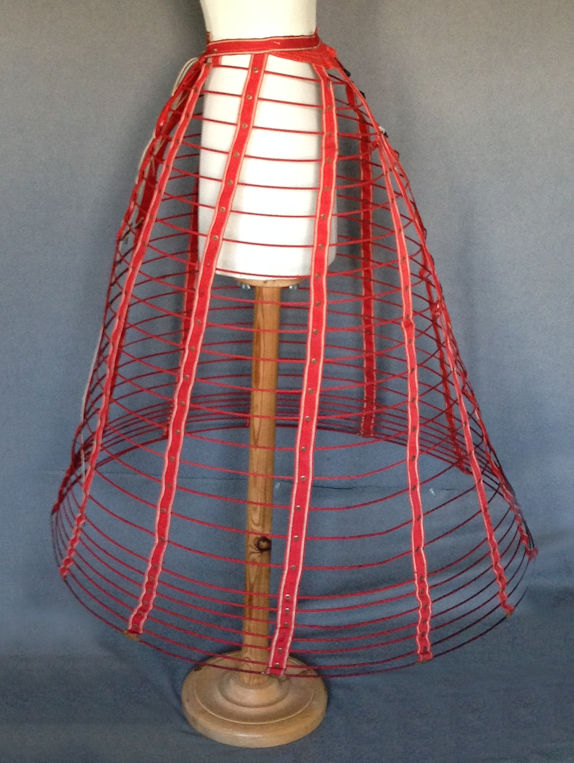 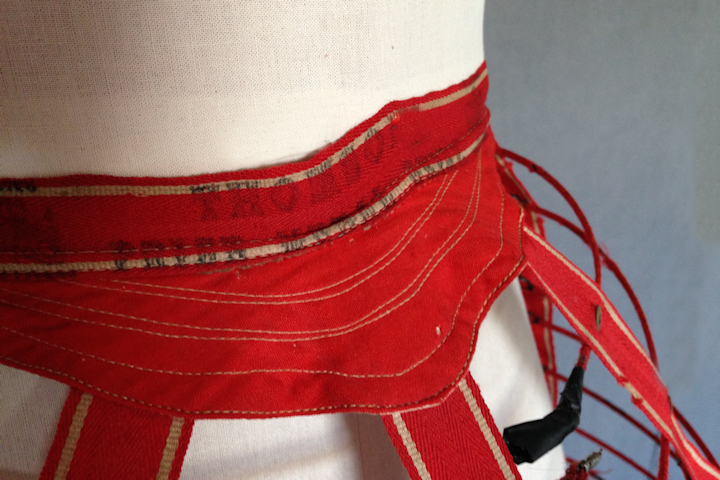 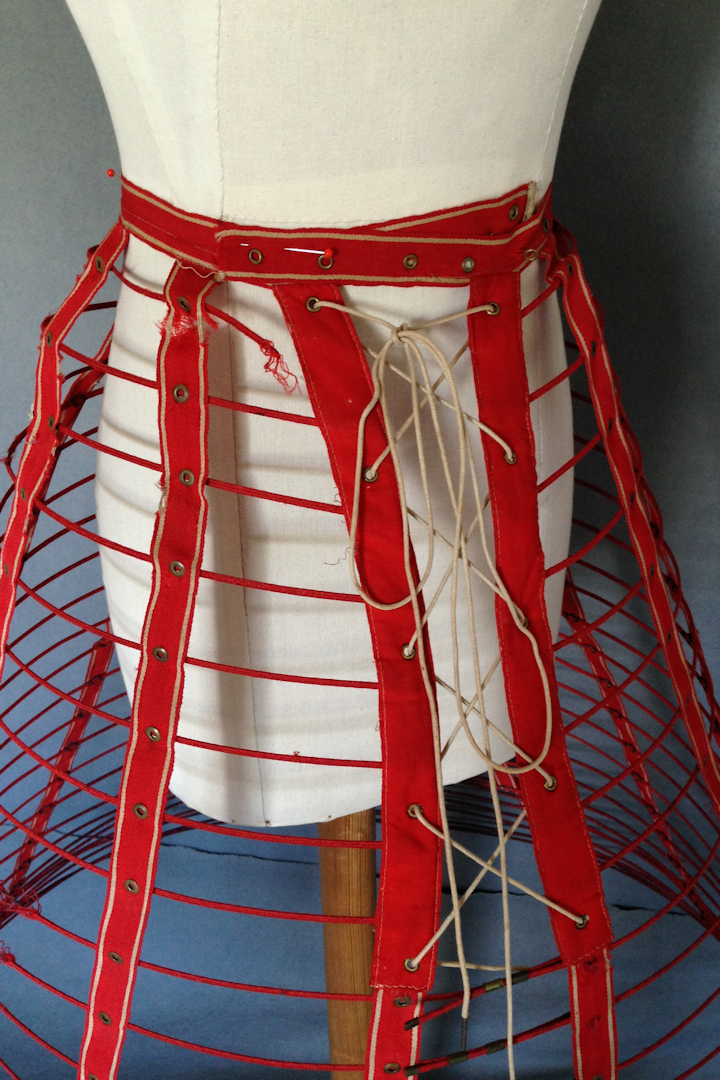 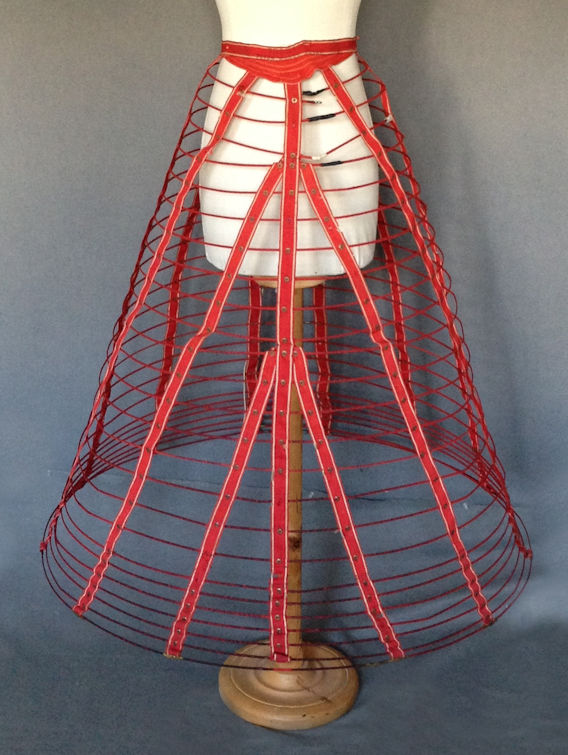 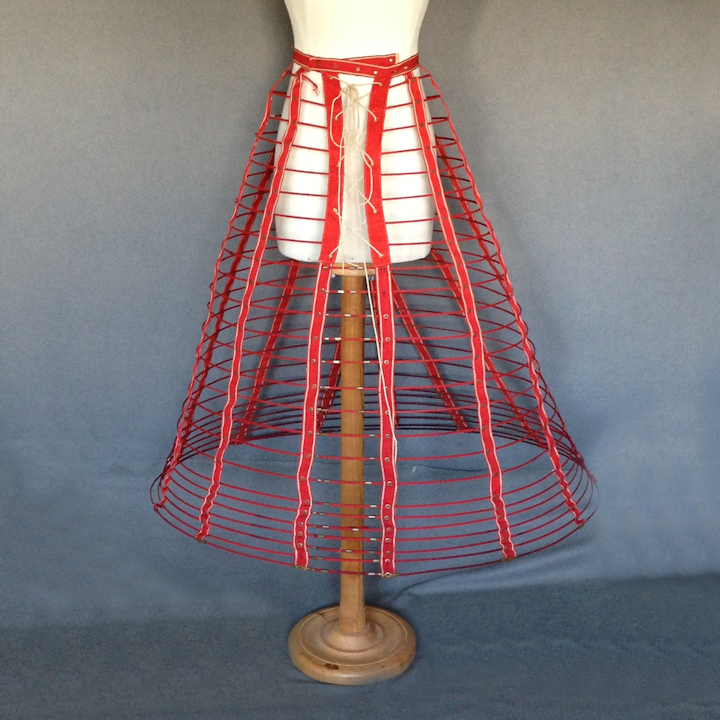 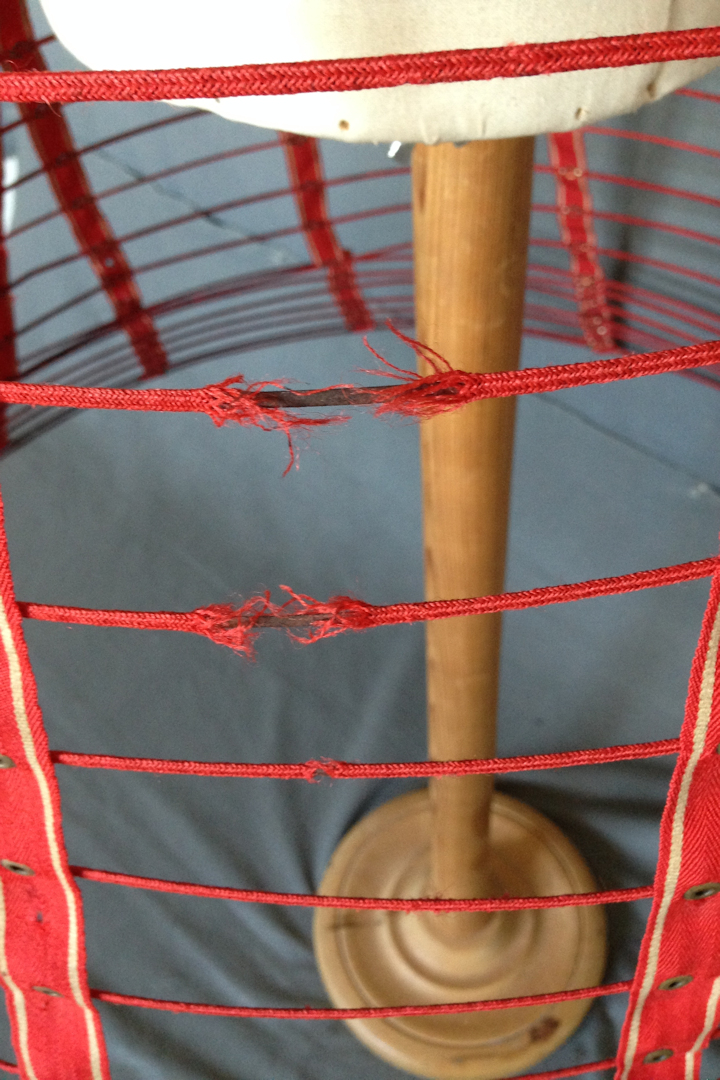 The fashion for the crinoline frame lasted for nearly twenty years spreading to all levels of society. In Shelley Tobin's Inside Out. A Breif History of Underwear p 14 she states that in 1860 Courtaulds, the textile manufacturing firm, announced that The present ugly fashion of Hoops or Crinolines as it is called, is however, quite unfitted for the work of our Factories....We now request our hands at all Factories to leave Hoop and Crinoline at Home The steel hoops are threaded on very borad strong binding, each steel being secured by a metal eyelet-hole. W S Thomson, an American patented the crinoline frame in USA, Britain & France in 1856. It was adopted by all classes, the quality of course varying. At its height of popularity half a million hoops were produced from the steel mills in Sheffield, England. Before this date women would have worn up to six starched petticoats to achieve the big skirt effect.

As you should be able to see many of the steels are broken and have been crudely repaired with tape.  There is wear to some of the vertical tapes and some of the red tape has worn from the steel hoops. At the back two red cotton strips have been resewn over the red tapes, brass eyelet holes have been inserted nd go through both layers.  Perhaps this was done later to strengthen the area of lacing. One eyelet hole coming away to the waistband.

Inside Out. A brief History of Underwear.  Tobin, Shelley