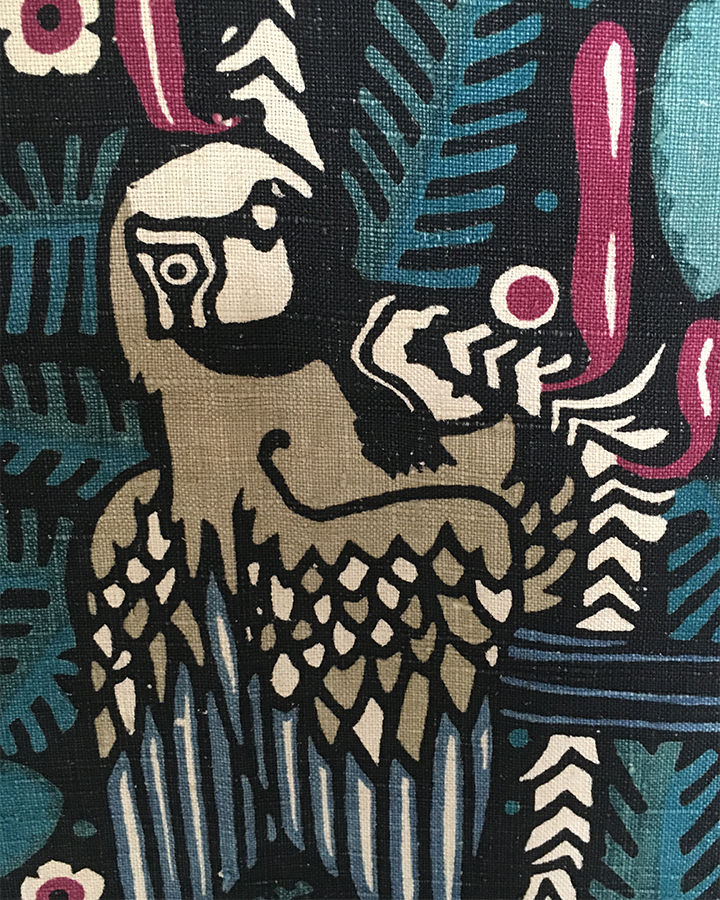 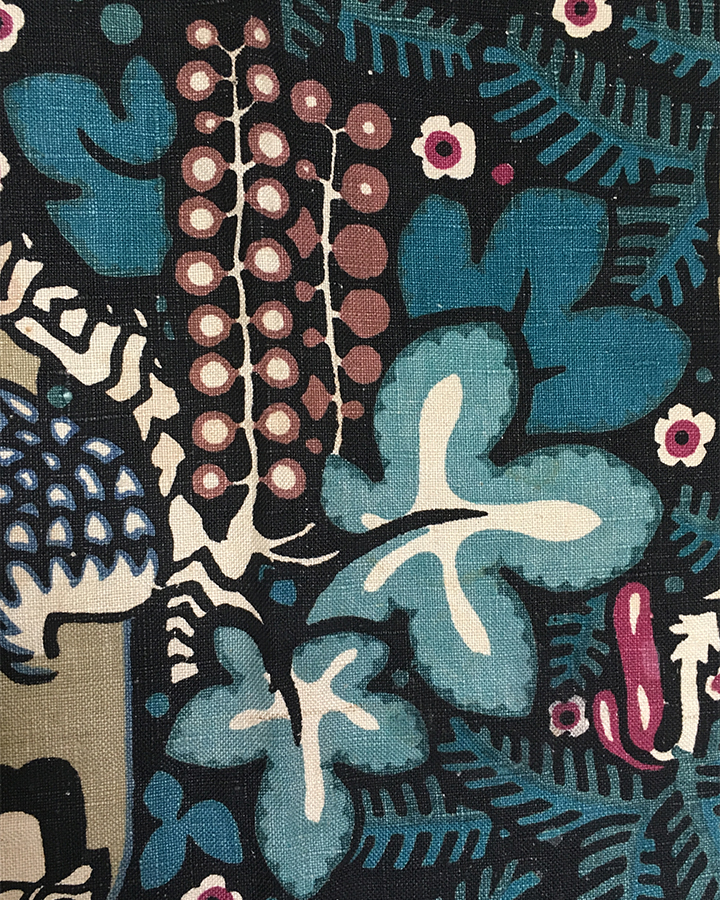 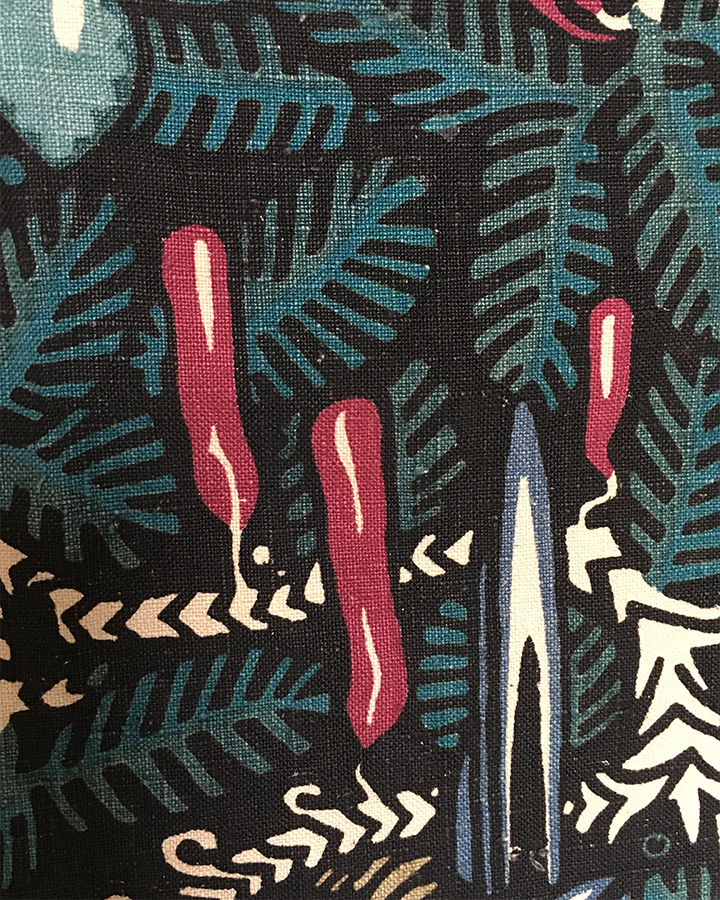 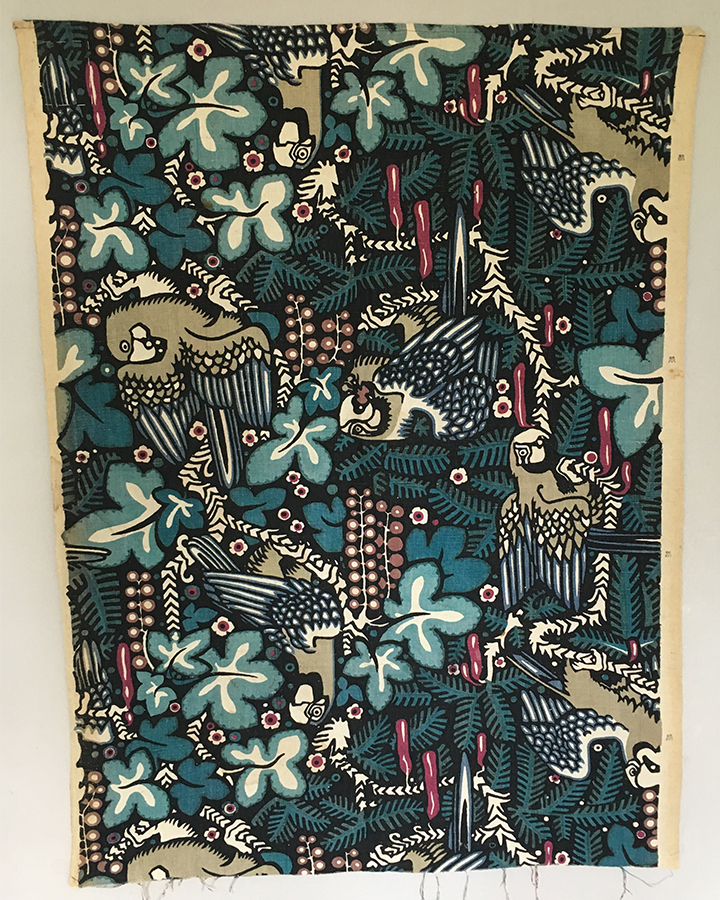 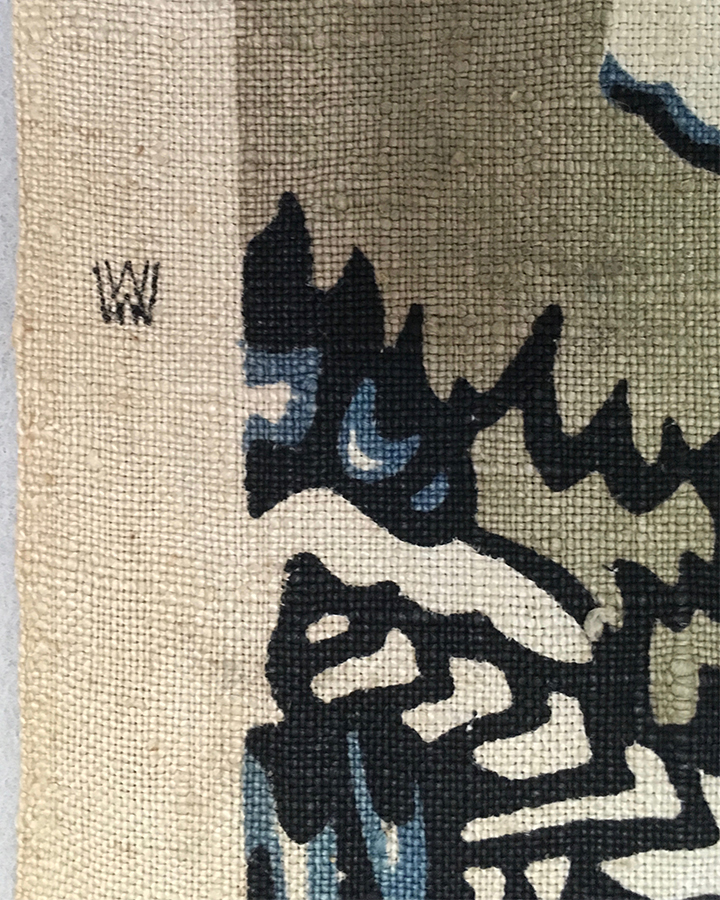 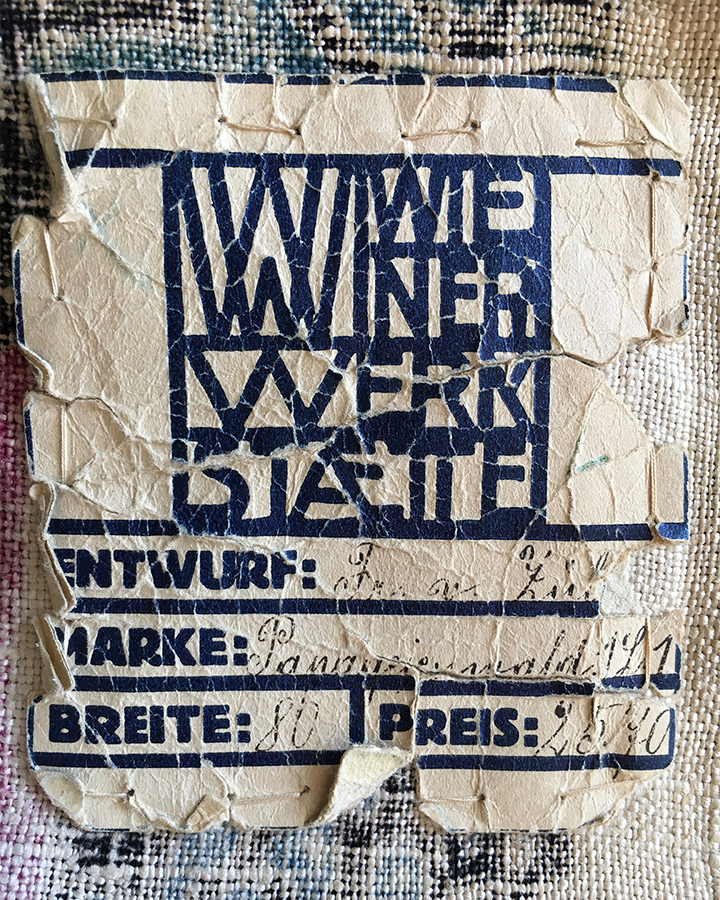 Papaguiniwald or Parrot 's Forest  designed by Ludwig Heinrich Jungnickel (1881-1965) who was fascinated with jungles and parrots which are depicted in many of his drawings. He designed four prints for WW. This fabric only comes in one colourway.

From 1905, the Wiener Werkstatte produced designs for handblock printed linens and silks.  Johann Backhausen and Sohne of Vienna printed and woven the fabrics for the WW but by 1910/11 a fashion and textile division was established, where the WW printed & wove their own textiles. This piece has the WW monogram in the selvedge, the WW registering it official monogram/trademark in 1913.  These did not appear in the Backhausen produced fabrics. This length has had the black paper removed from the top. I am rather assuming that as I bought all four lengths at the same time, they came from the same pattern book, and are therefore of same date and were printed by the WW themselves.

Apart from textiles Jungnickel also developed a range glass and graphics for the Wiener Werkstätte.

For bibliography see below.

The linen ground printed with a jungle scene with large exotic parrots eating fruit, amongst leaves and flowers, all in thrtee shades of blue from mid to sea green, touches of magenta, taupe, off white, and mid brown on a black ground. one selvedge with the log WW printed in black, a printed card label with Wiener Werkstatte, loosely tacked to the back of the fabric, written in ink:

Very very good apart from the left hand selvedge being slightly discoloured. There are also four small mid brown marks to the linen, the largest 1 cm dia. This length has had the heading cut off.

This is a heavy weight linen, which could be used for upholstery or curtaining.

Textiles of the Wiener Werkstätte 1910-1932 by Angela Völker