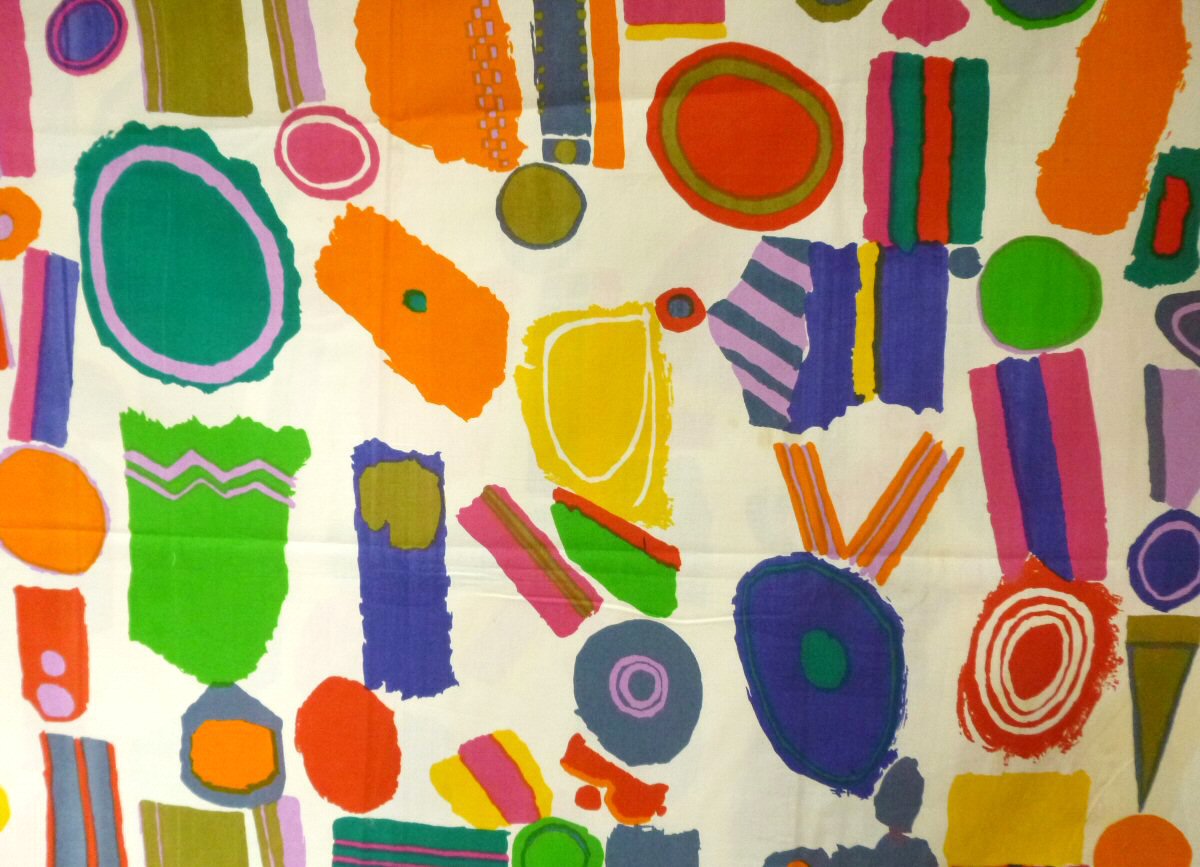 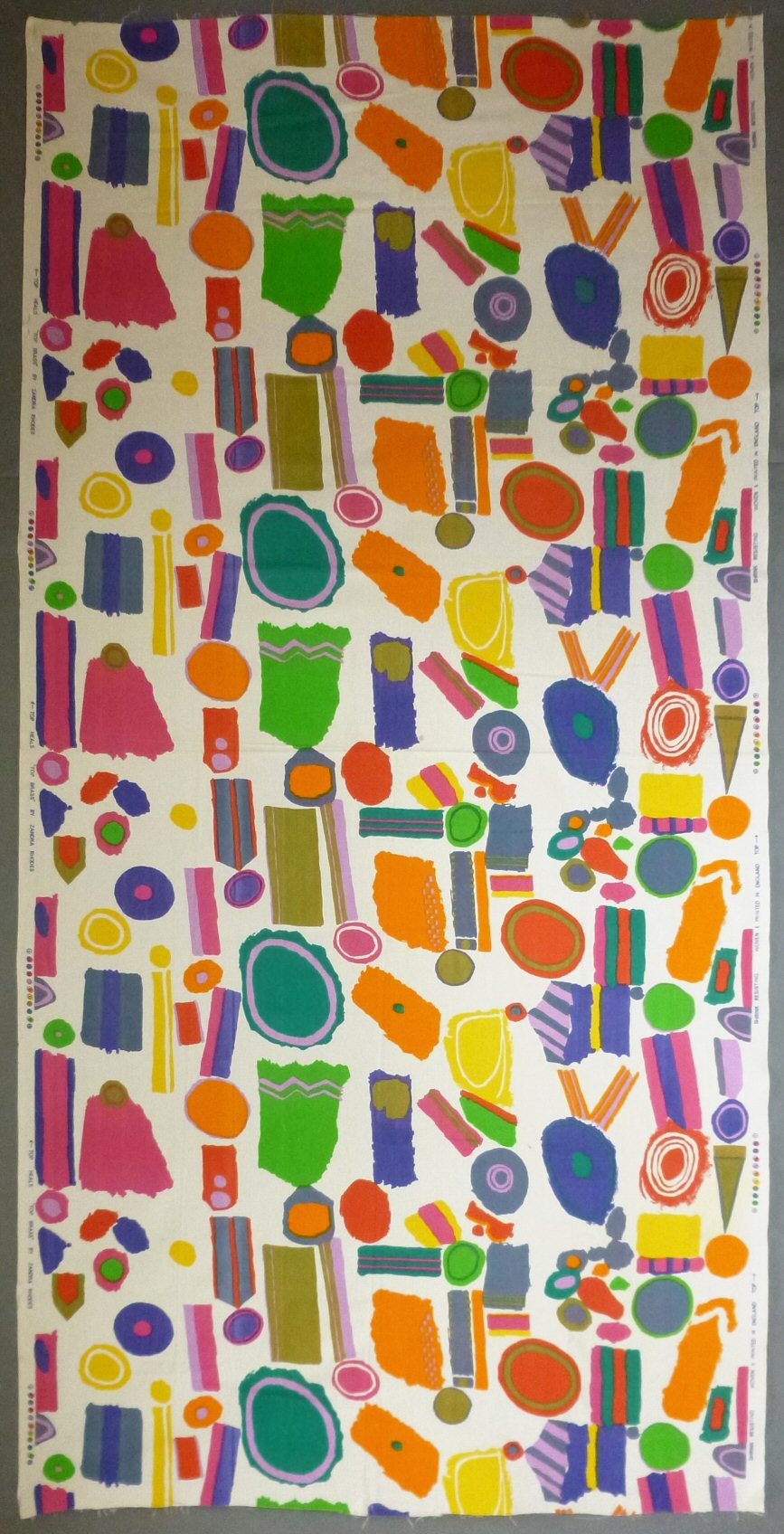 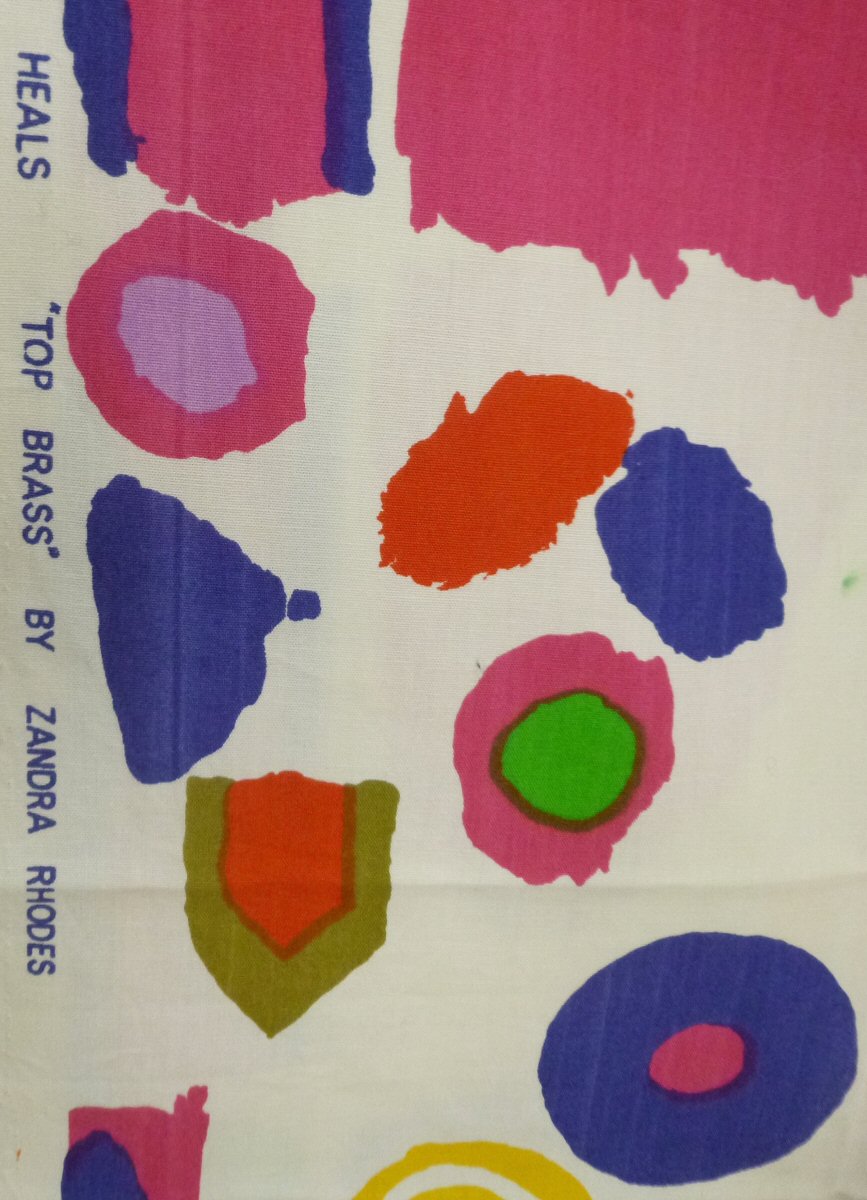 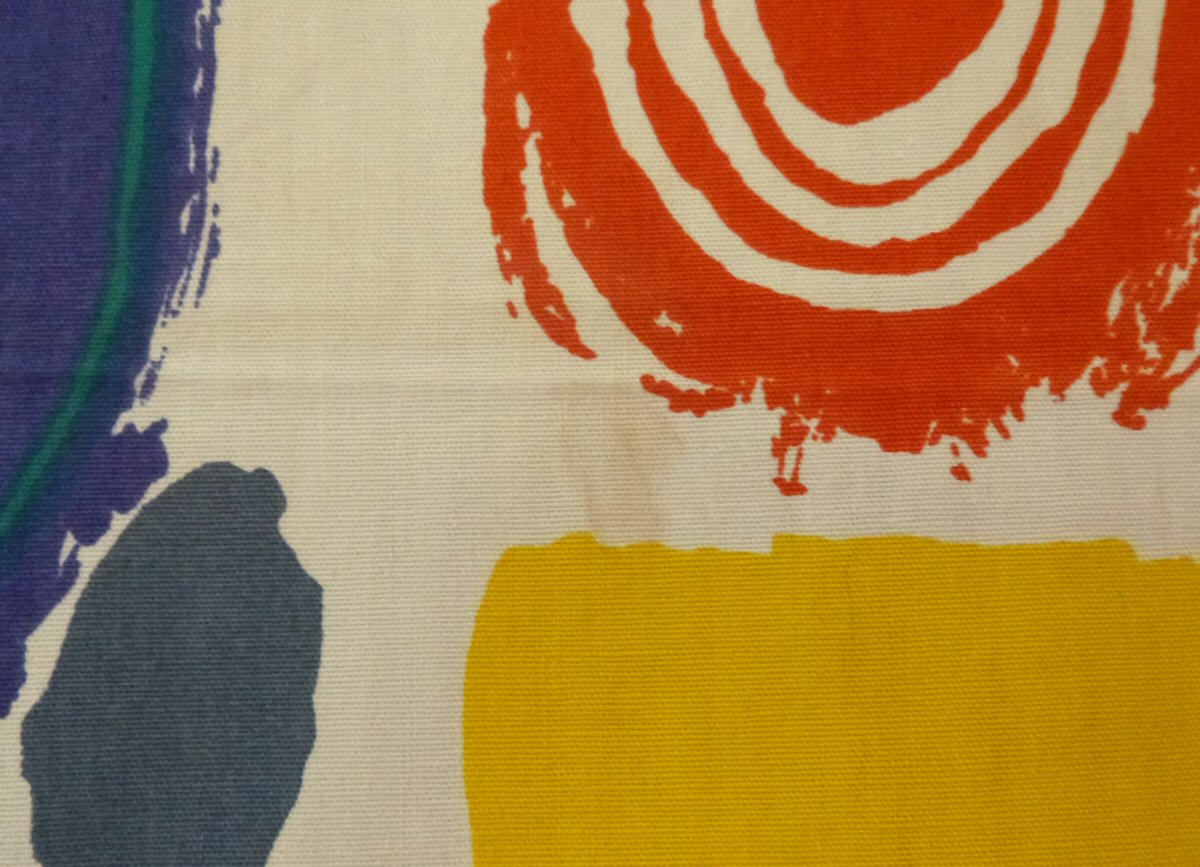 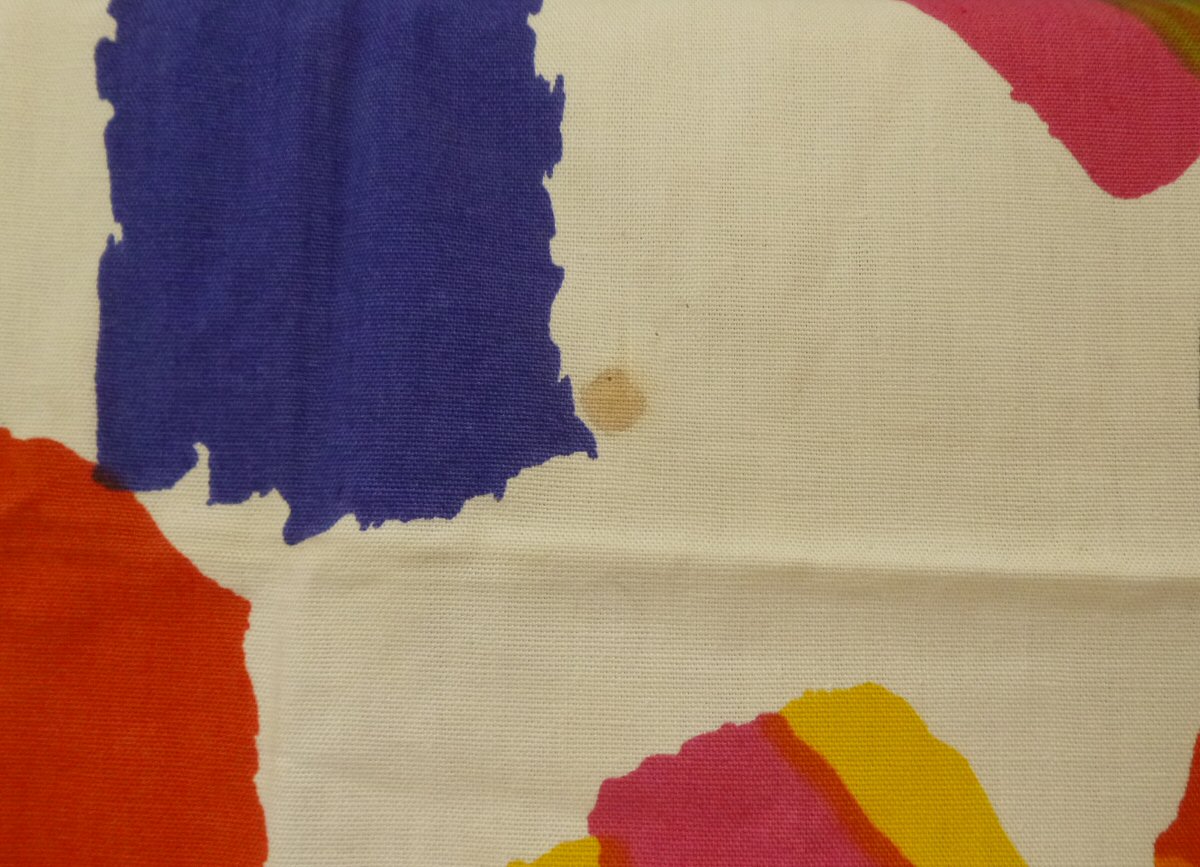 Heals purchased this design Top Brass from Rhodes first year degree show in 1964 at the Royal College of Art. The design epitomises the swinging sixties when colourful military jackets were in vogue. Rhodes chose medals as her theme , a popular theme of the Swinging Sixties, when youth wore military jackets and the Beatles Sergeant Peppers Lonely Hearts Club Band was released. Top Brass was one of a group of four prints produced. Influenced by the works of third year student David Hockney, in particular Hockney's A Grand Procession of Dignatories 1961.  This painting shows little medal like shapes along the border. From the way the picture was created it was the medals that first caught my eye said Rhodes. She sketched medals at the Wellington Museum and Imperial War Museum in preparation for the design.

Rhodes went on to establish the Fashion Museum in Bermondsy, London in 2003.

Top Brass furnishing textile for Heal & Son Ltd of eight colour screen-printed cotton, the selvedges with Heals, Top Brass by Zandra Rhodes, the opposite selvedge with Woven and Printed in England  8 ft 6 in  x 50 in ; 2.58 x 127 cm w selvedge to selvedge

Fantastic. Wonderful colours and shapes. This would look terrific mounted and placed on a wall