The splendid Chinese exhibition, The Three Emperors 1662-1795 held at the Royal Academy, London in 2006, no doubt renewed and stimulated interest in all things Chinese. Chinese textiles and costumes were at that date an underrated area compared to paintings, ceramics and the other decorative arts. Now, a few years on, there has been increased interest with the balance slowly being addressed.

In 1644 the Manchus, a nomadic horseriding people from NW China overthrew the Ming dynasty and gradually gained control over the rest of China, doubling the size of their empire, their rule being called Qing (pronounced Ching).

The Manchus developed court costume which was a hybrid mix of their own nomadic traditions and those of the sedentary silk weaving Han people. During the previous Ming dynasty the indigenous Han women had embroidered the cuffs of their robes and this idea was adopted when the Manchus came to power.  Both Manchu and Han woman's jackets and robes had large wide sleeves with a band approximately 7 in wide by 40 in (18 x 1.2 cm) long acting as a cuff. A section of about 4-6 in (10-15 cm) across and 20 in (50 cm) long is embroidered on this panel. The embroidery is worked to one half of the panel the rest being left plain. Zoom to see uncut sleevebands.   This later section is sewn to the front of the jacket or robe, the embroidered part to the back. Women tended to fold their arms in front at waist level with their hands through the sleeves, with the embroidery showing down the front.

It is not known how embroidered sleevebands evolved. In order to use their hands, which would be covered by the robe's long and large sleeves. Chinese women would need to push up or fold back the cuff. It is fairly logical to assume that at some stage the folded back section of sleeve would be embellished with embroidery and form a cuff.

In autumn and winter women would wear satin or silk damask robes either lined with fur or padded with cotton, or in the spring with a silk lining. In summer silk gauze was worn, a perforated silk which allowed air to circulate 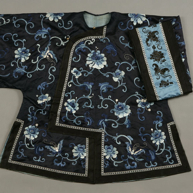 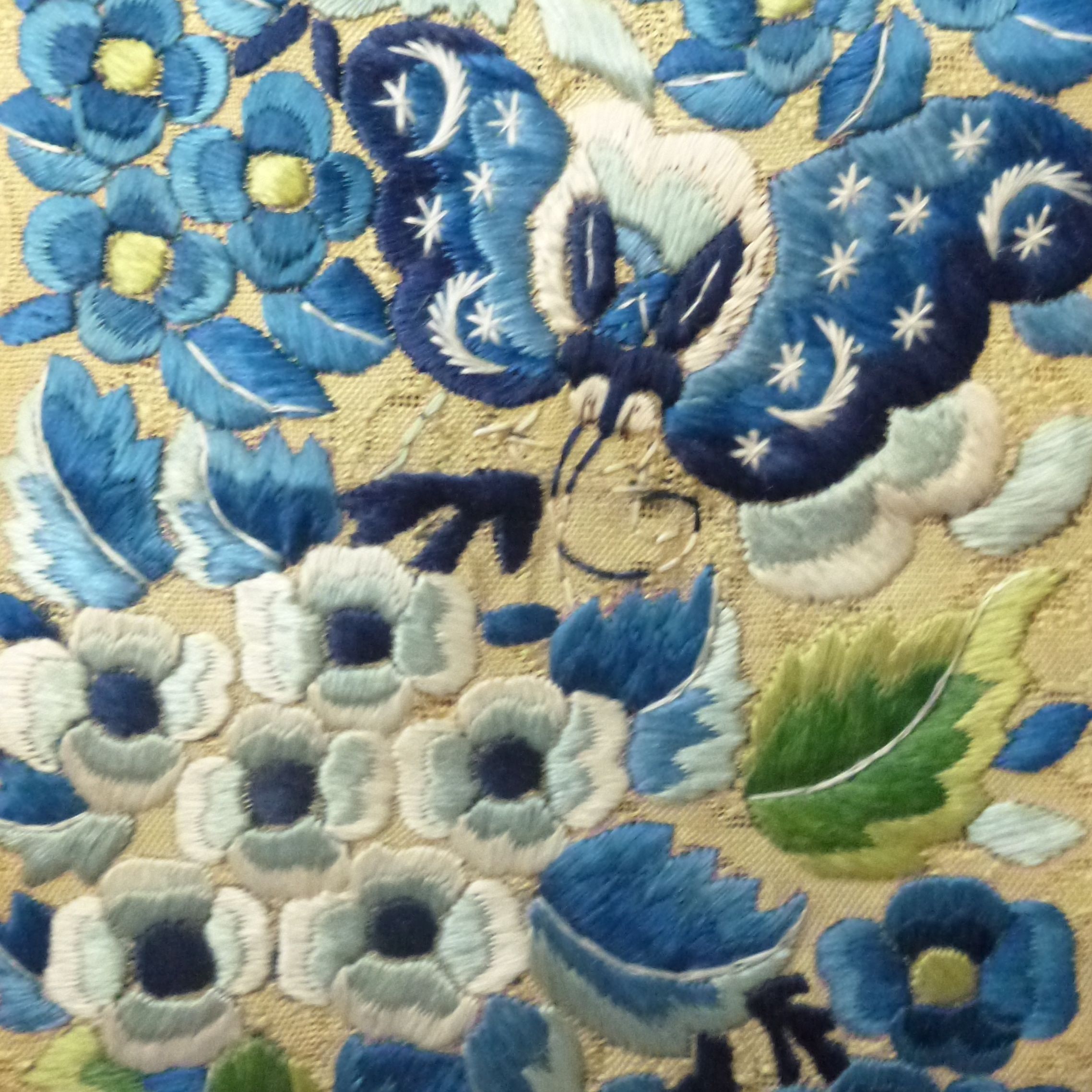 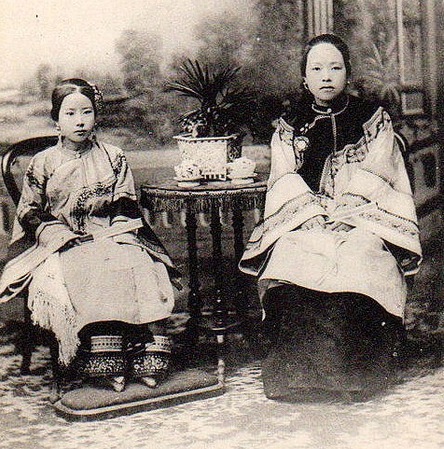